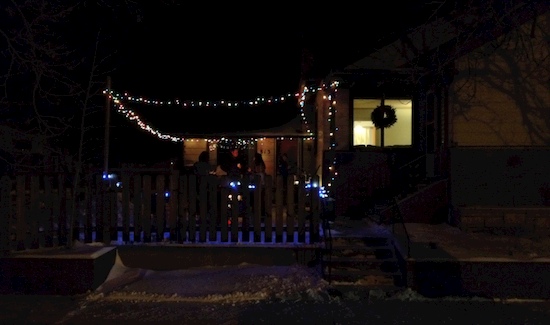 It’s taken me a while to post about our winter solstice. It was lovely and it was sad–heartbreaking, really.

We were supposed to go to a party that evening to celebrate two friends’ birthdays. That morning, one of those friends died. Bob would have been 43 on Christmas Eve, but he died from cancer on the solstice. While we all knew he had cancer, but no one expected him to die that day. He had just been diagnosed and was going to start treatment. Just hours before his death he had posted on Facebook about what an amazing night he had with friends, and what a great life he had. And then it was over.

We weren’t best friends, but he was an important part of our community and he is deeply missed. Bob was the guy we chatted with and laughed with at Chadz. It was at his house that we celebrated birthdays and a Christmas Eve. He was the one posting lefty stuff on Facebook that always made me smile. He was Bob. 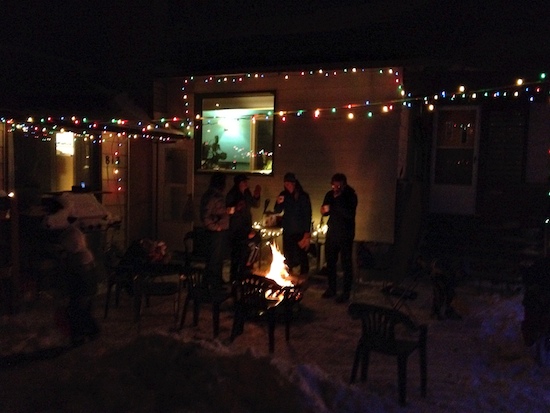 That winter solstice night we lit a fire and invited two other families who were also supposed to be at the party. It was a really nice night. We were happy, the night was clear and not very cold. There wasn’t any wind and the kids played in the snow while we drank hot buttered apple cider. We all roasted marshmallows and shared stories.

It was one of my favorite solstices despite starting so terribly. It feels weird to say that. I wonder if being so full of emotion made us more open to really taking in the wonder of the season. Maybe we were more appreciative of what we had after seeing how shockingly fast it could go. 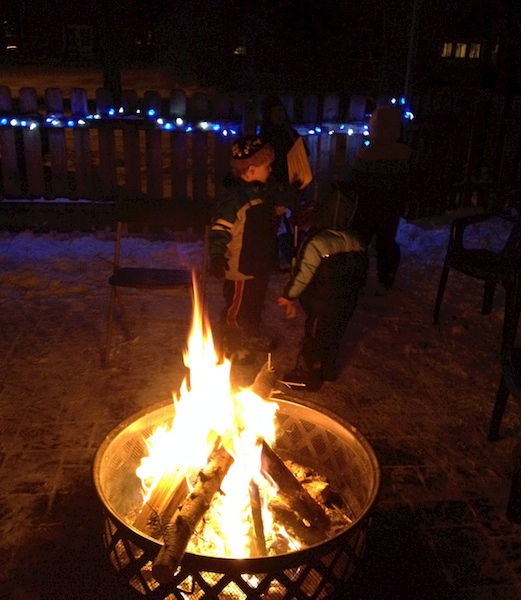