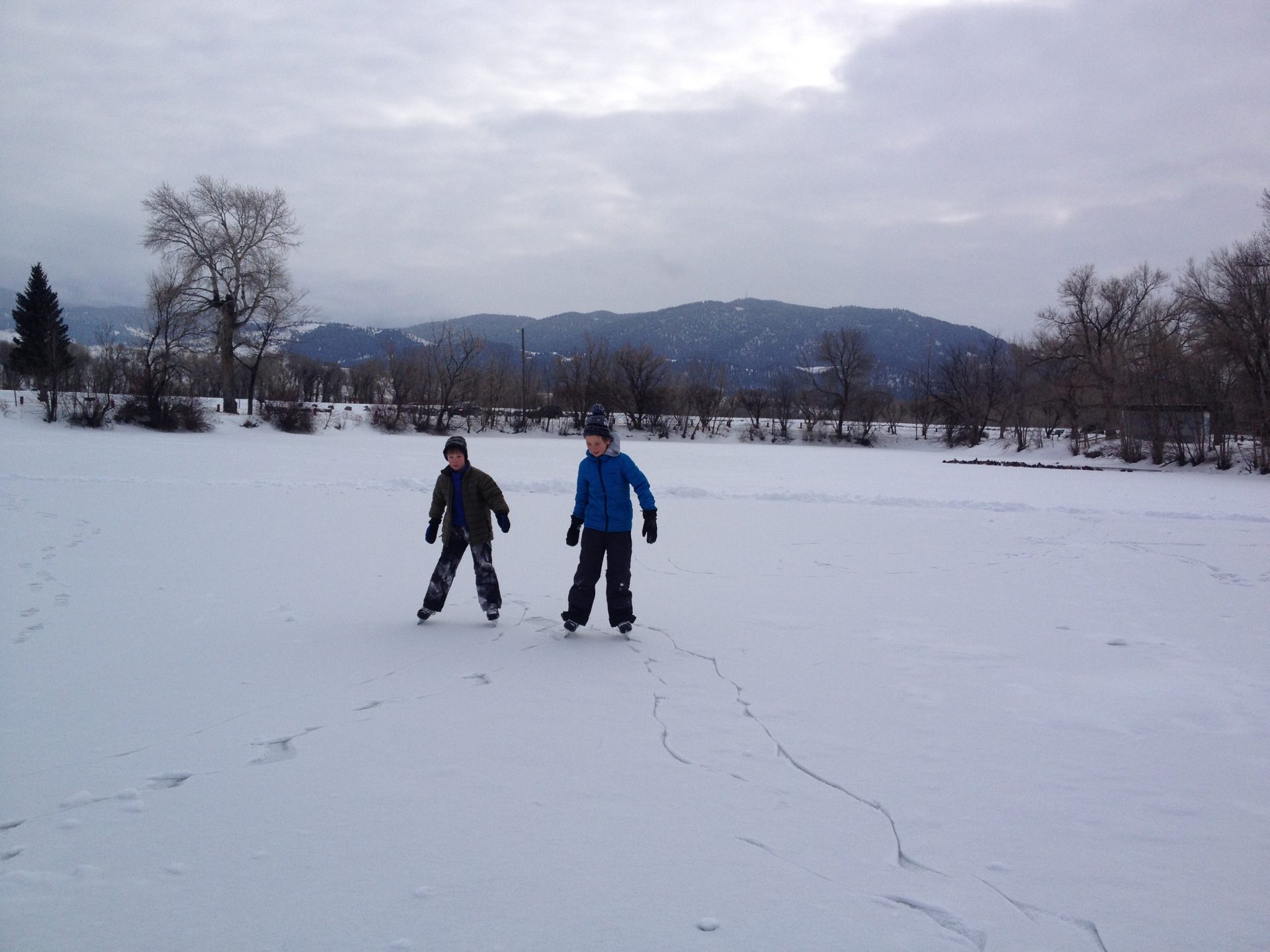 In the opening to “A Charlie Brown Christmas,” Snoopy skates onto a pond and grabs the hand of a child and skates with a bunch of them in single file.

He slides on the ice on his belly. The children skate in a carefree, winter wonderland, except for Charlie Brown, of course, who ends up under a tree with snow falling on his head.

Many Montanans long for idyllic winter recreation in the woods like the one from the cartoon, Charlie Brown’s situation aside. And some of them are finding it on lakes and ponds off the beaten track.

“I love the sense of freedom in a wild place,” said Steve Thompson, founder of the Wild Ice Montana Facebook page. “Everyone who ventures out on the ice is in bliss. We feel like the luckiest people in the world. It’s fun to be around other people who all appreciate the raw beauty of wild ice.”

Originally, Thompson and friends had an informal phone tree to notify each other when the ice was “on” for good for skating. The phone tree came about the same time Facebook came along. Wild Ice Montana allows people to post what they’ve found and check others’ reports. 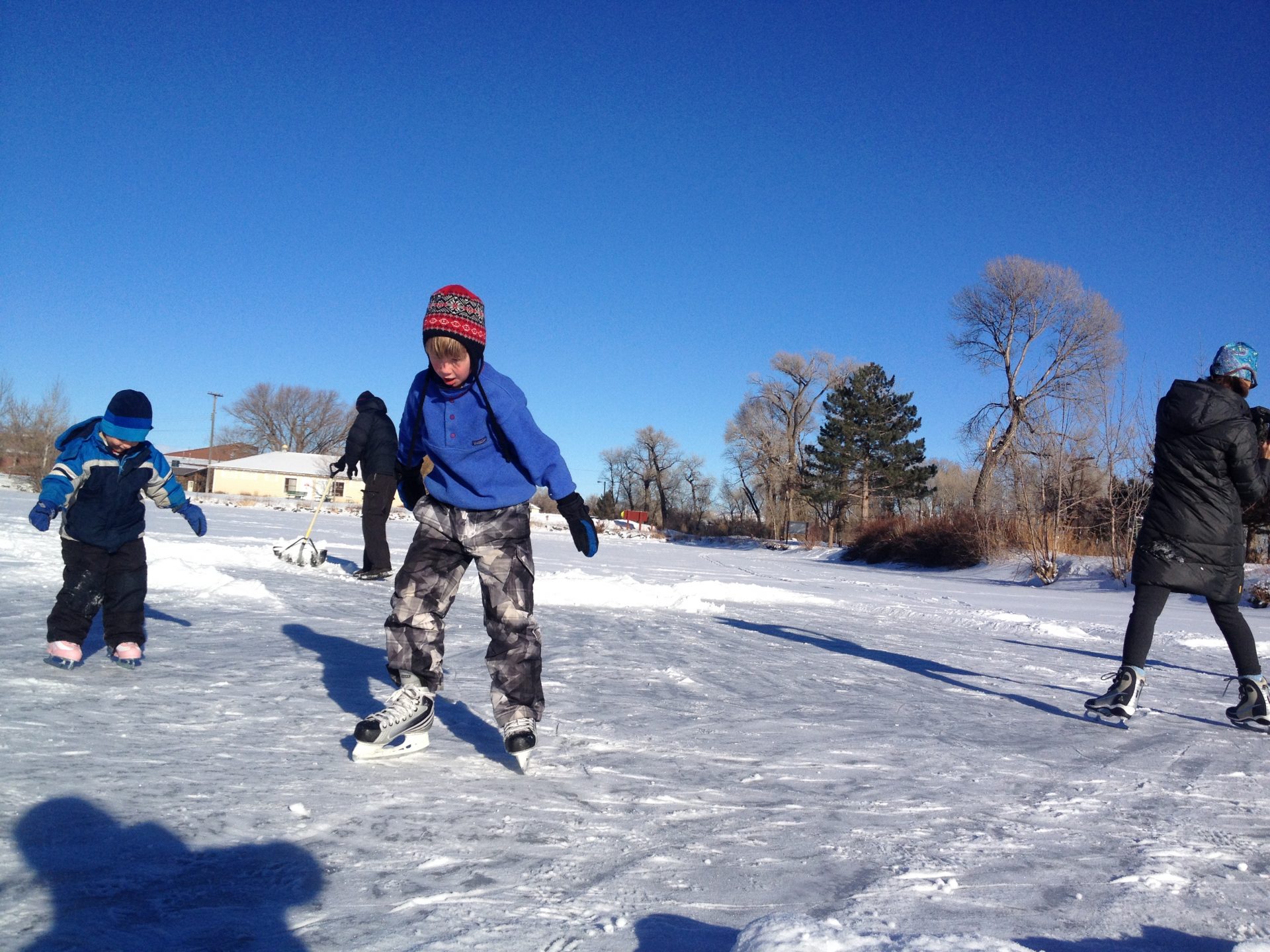 Holly Sienkiewicz, from Livingston, grew up skating on lakes in northern Minnesota all winter long.

“Skating on a lake is perfect in so many ways,” Sienkiewicz said. “The cold air freezing your face, the sound of ice groaning and crackling as you move over it, the sunlight or moonlight shining overhead as you glide along. It really makes me feel happy it’s cold and wintry.”

Sienkiewicz and family like skating on the Livingston Lagoon and Cutler Lake in the Paradise Valley. Both places are popular with families and they often run into friends, creating an even more festive atmosphere.

“We skate as a family and make it a fun outing with hot cocoa, make a bonfire (at Cutler Lake), play a game of pick-up hockey, pull the kids on sleds around the ice, and plow paths to skate around if there is snow on the ice,” she said.

On the weekends, wild ice lovers from Gardiner play a regular hockey game at Cutler Lake.

Winter weekend: Seeley Lake offers fun on and off the ice

Like Sienkiewicz, Thompson appreciates the camaraderie as much as the view.

“The best days are when a lot of families converge on smooth, sweet ice for a game of pick-up pond hockey. We’ve had games where player ages ranged from 4 to 86 years old. Last winter we had an amazing game with 10 or 12 people at Avalanche Lake in Glacier National Park. It felt like the world’s largest hockey arena. So gorgeous!”

Thompson ice skated a few times on ponds as he grew up in Ohio, but “didn’t become a wild ice addict until I moved to Montana 25 years ago,” and got a pair of skates that fit right, he said.

The right equipment made all the difference. Now Thompson can be found skating around backcountry lakes. “Places like Stanton Lake in the Great Bear Wilderness or Avalanche Lake in Glacier National Park,” he said. “It’s hard to guess when the ice will be good, so that’s when our social network is especially valuable. We have a nice little army of people willing to venture into the wilderness on snowshoes to explore and report conditions. It’s a tough assignment, but someone has to do it.” 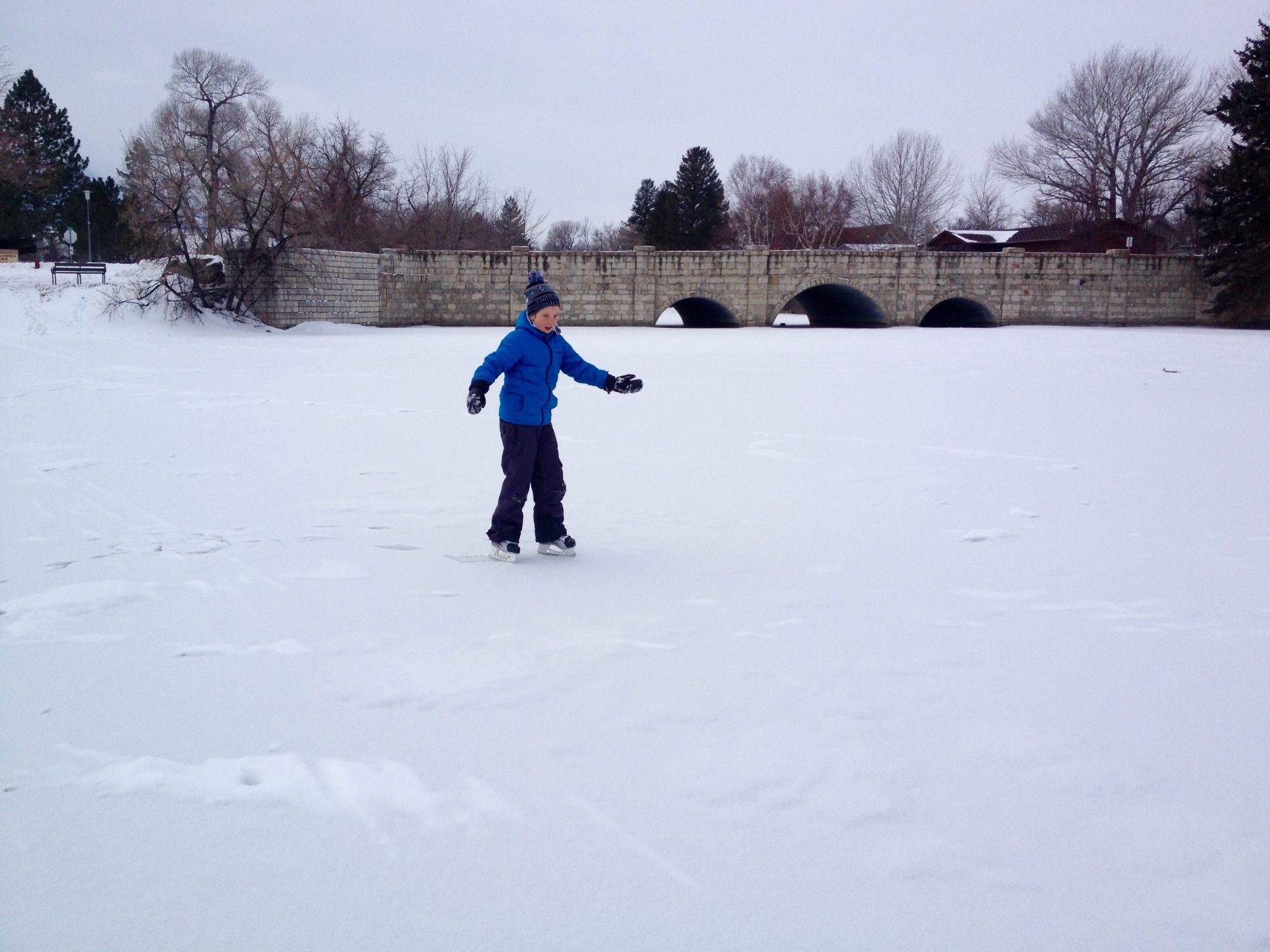 Safety is a concern when ice skating on lakes. Thompson tells people, “Always test ice safety before going out on the ice. Take a hatchet or ice drill and chop several test holes. Depending on the quality of the ice, don’t venture out unless it’s three inches deep. We usually have a rope with us, but we’ve never been close to needing it. Confirm that ice is safe before venturing forth. Don’t assume that tips on the Wild Ice Montana Facebook page are current or accurate.”

According to the Canadian Red Cross, “Just because the weather is cold enough for there to be ice on ponds and lakes does not mean that ice is thick enough to safely skate or walk on. … Ice thickness can change as quickly as the weather does, so always be sure to check, even if ice was safe the day before.”

Its website explains how to use color and thickness to determine if ice is safe to skate on.

Find the best deals and current prices on hotels around Montana.

For some, ice skating is part of a day of ice sports. Amy Grisak, a Great Falls freelance writer and outdoors enthusiast, brings her skates when her family goes ice fishing on Holter Lake, Pishkun Lake and other hot spots for ice fishing.

Grisak learned about Nordic skates from a cold-loving friend in Alaska. Nordic skates have longer blades than typical ice skates and are made for the rough surface of frozen lakes. They clip onto cross-country ski boots.

“If the bite is slow, I can put on the skates and go,” Grisak said. “I like it because it gives you freedom on the lake and I don’t have to just sit on a bucket and eat snacks while I am waiting.”

Since wild ice is so dependent on weather, it’s hard to know exactly when any given lake is skateable. Small lakes freeze faster than large lakes and are a better bet for safe skating. Thompson said one the great things about ice skating in northwestern Montana is that every lake and river seems to freeze at a different time, so there is often an opportunity to skate.

“You can usually assume that the window of opportunity will be brief. So you have to drop everything to get out there when it’s good,” he added.

Like Snoopy and the Peanuts kids, Montanans have lots of opportunities to embrace winter sliding atop frozen water. Just watch out for a beagle that wants to pull you around the ice.

Crowd-sourced ice conditions around the state 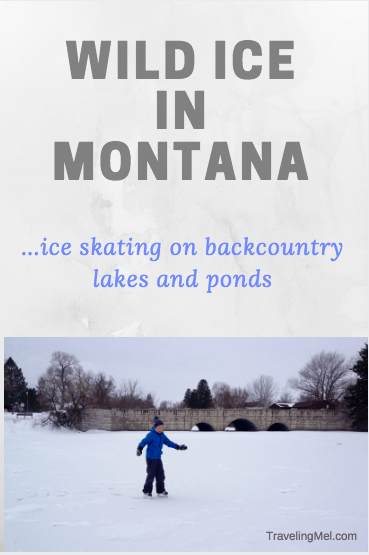 This story first appeared in the Great Falls Tribune.