On our last full day in the park (yes, these vacation posts are coming to an end!) we decided to check out the Wild Basin area in the southeast part of the park. It wasn’t the greatest hike, although it was quite pretty.

There were a lot of people on the trail, which was ok, but there were two particularly troublesome folks. One, a cute two-and-a-half year old, fell apart about five minutes into the walk. We stuck him on my back and he recovered.

About 0.2 miles from the third waterfall, we stopped for lunch. Then Anders refused to go on. They were both cranky, so we turned tail back to the truck. 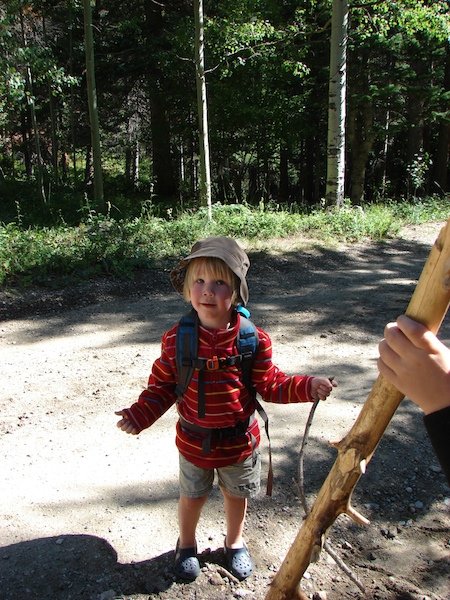 Ready to go, or so it seems. 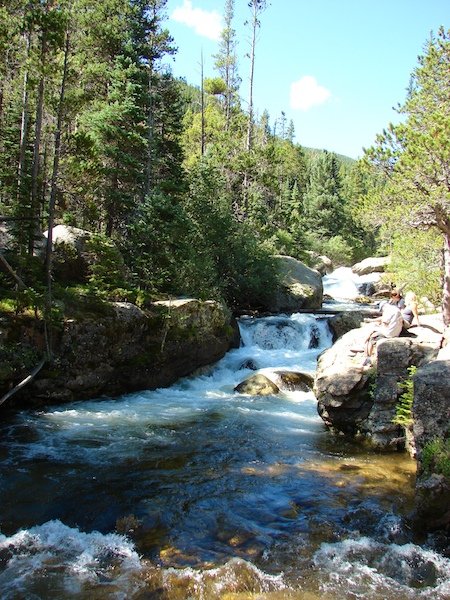 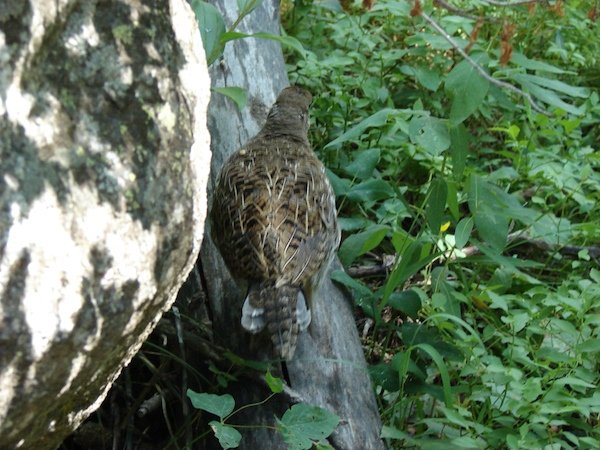 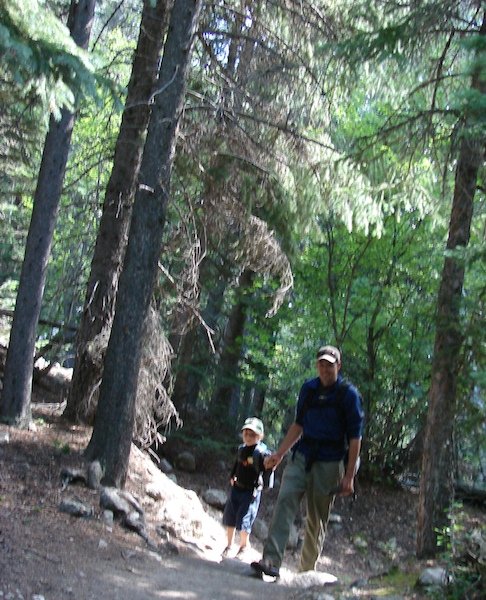 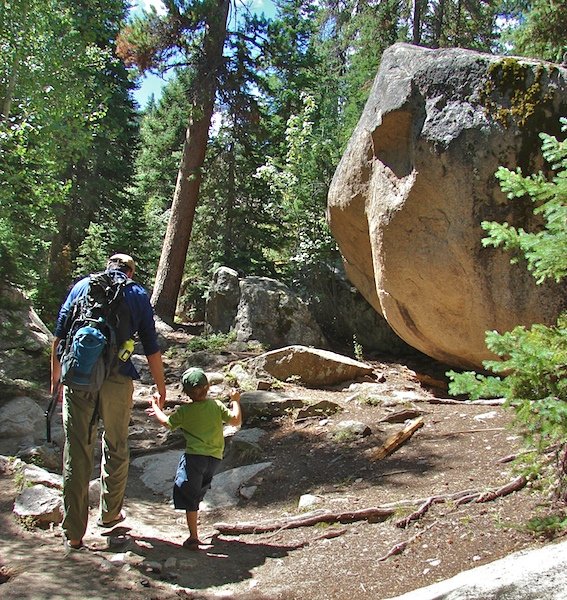 Hiking past a big rock. 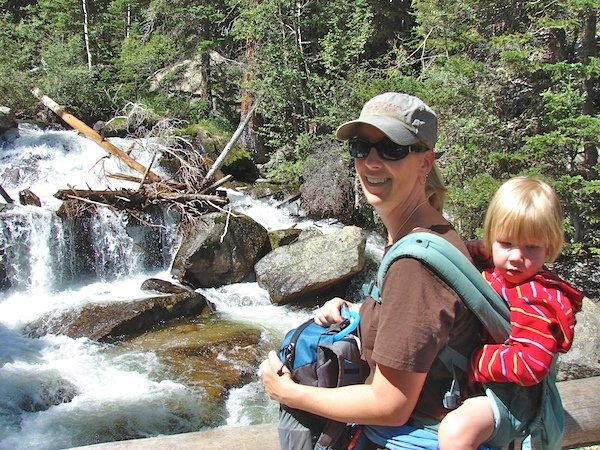 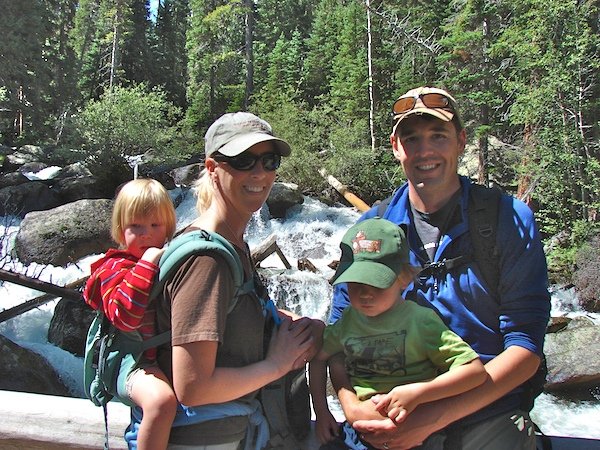 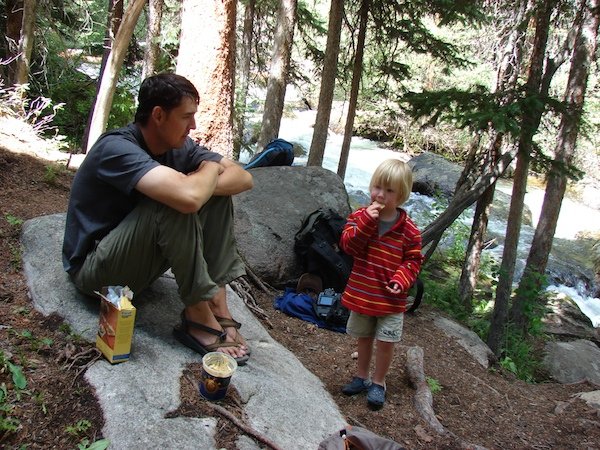 That afternoon we decided to try again. We drove up the Bear Lake parking lot. We had tried to go there the first day, but couldn’t find anywhere to park. The number of people in this park in the summer is kind of ridiculous. I realize that we were a bunch of those people, but it still bugged me. Rocky gets about the same number of visitors as Yellowstone, but it is much smaller. And we know to avoid most of Yellowstone in the summer.

Still, it turned out to be a great decision. Bear Lake is just beyond the parking lot. While Henry set up his camera and hung out with Finn, Anders and I walked the half mile trail around the lake. We played games and made up stories and had a really nice time. 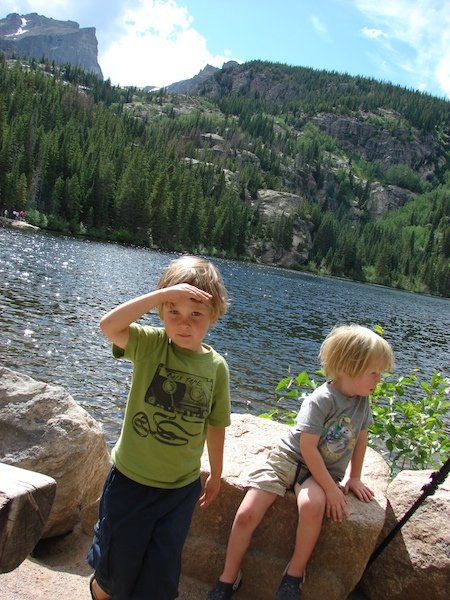 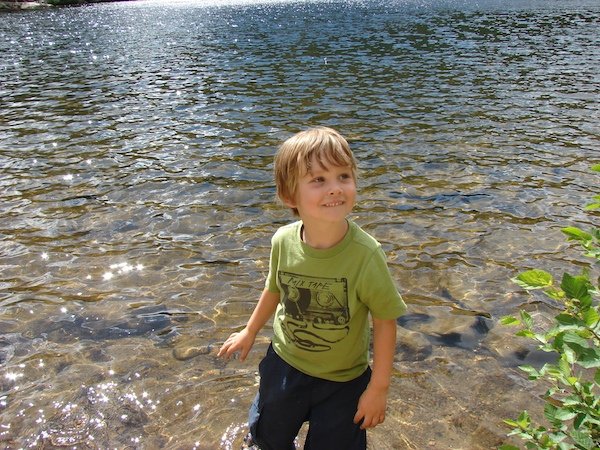 Dipping toes in the lake. 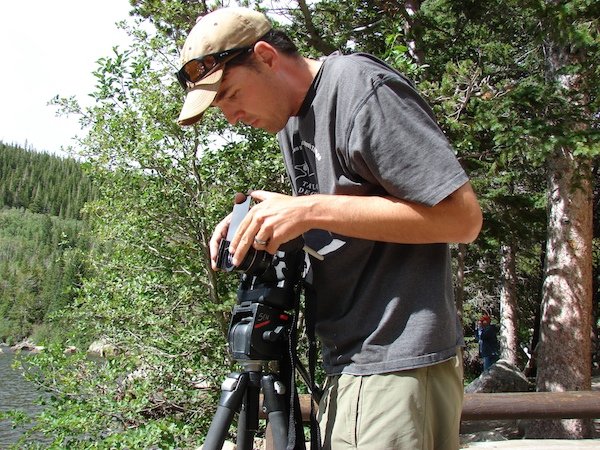 Setting up a time lapse. 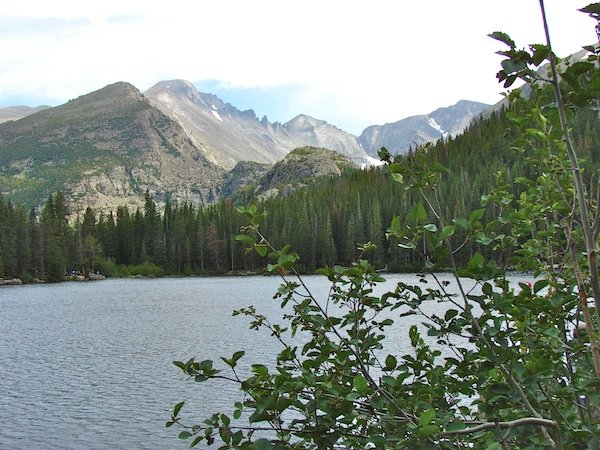 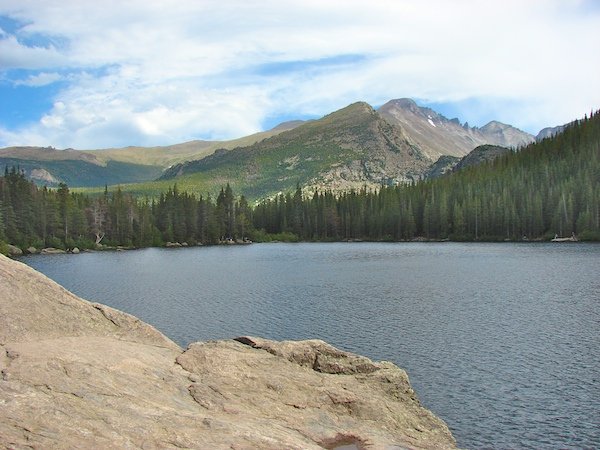 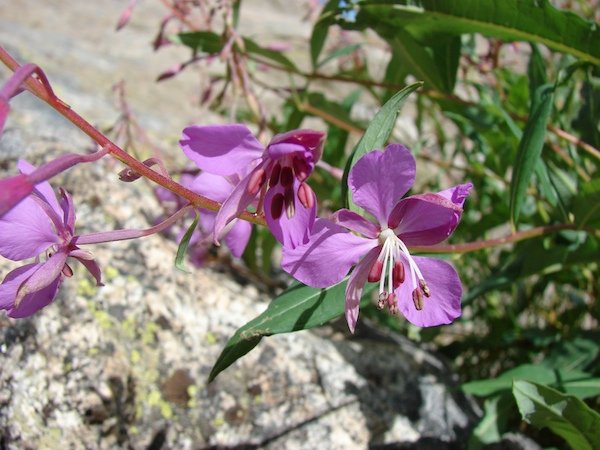 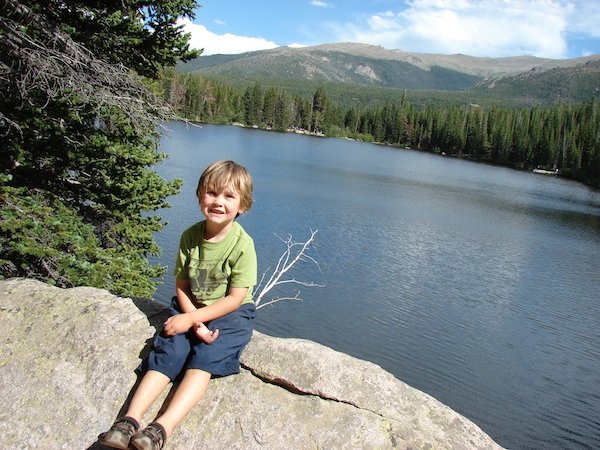 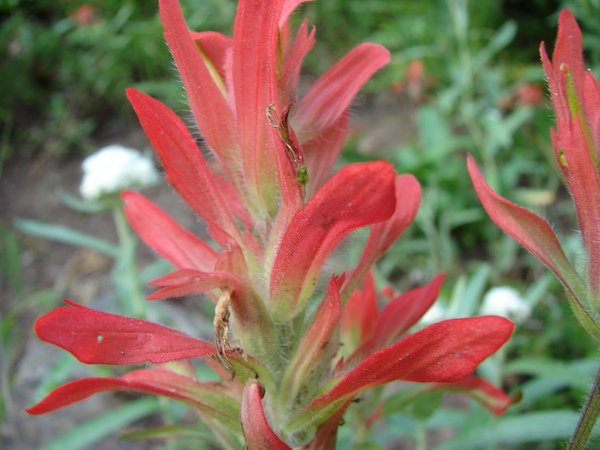 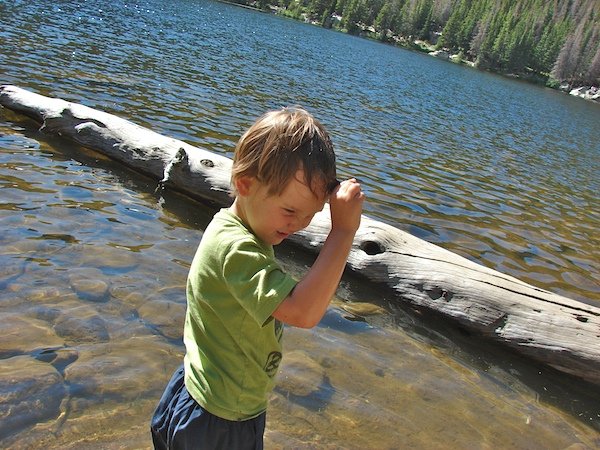 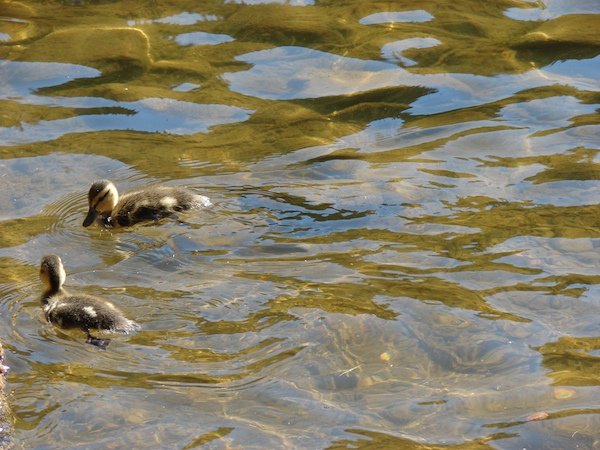 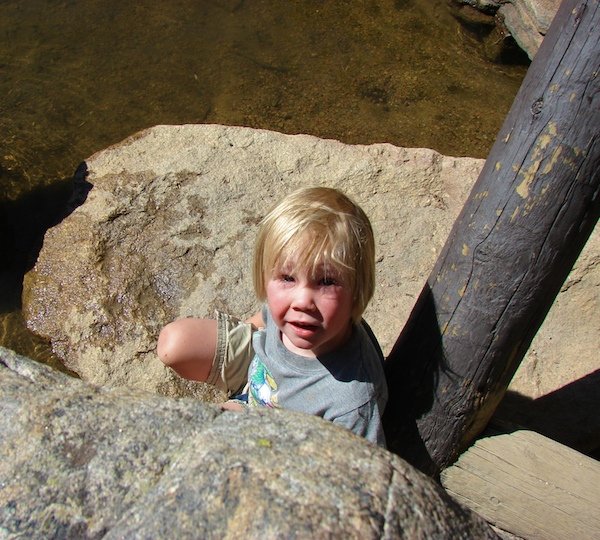 The boys really wanted to ride the shuttle bus, so the three of us boarded and met Henry down in the park and ride. 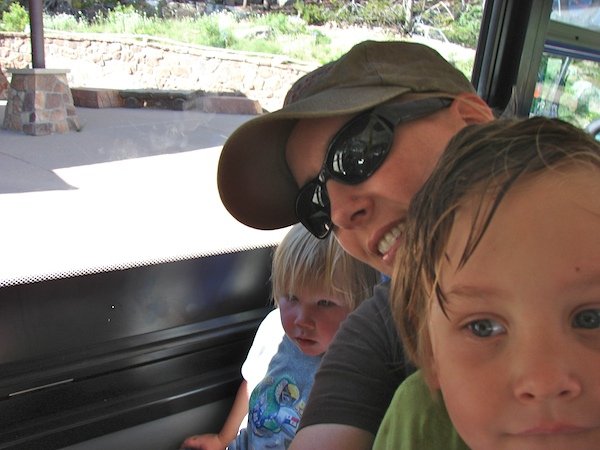