I could have gotten frustrated and tried to force it, but I decided to roll with it instead. I grabbed our always-packed-and-ready-to-go Chico bag with one hand, stuffed Finn under the other arm, told Anders to boot up, and headed out the door for an afternoon at Chico.

As you may recall, the boys WERE NOT TIRED. They refused to sleep. They had more energy than a hopped-up clown. Until we got in the car. Finn promptly fell asleep and started snoring. Anders was able to keep up a constant monologue.

We got to Chico (about a 25 minute drive), I took Finn out of the carseat, Anders hopped out, we walked through the Grille, past the pool and into the changing room. I set Finn down and here’s what he looked like. 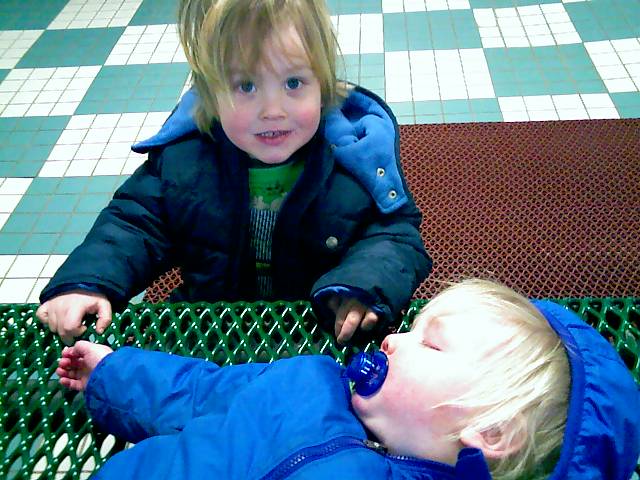 1 thought on “When they don’t nap”