It’s like Little House on the Prairie here, except without those mean Oleson siblings always messing things up.

I’ve been preparing for winter by cooking, canning and freezing. I’m kind of addicted. I want to can or cook as much as I can with the fruits and veggies from the garden and the farmers market.

Not only will we feel better eating locally–even when our garden is covered in snow–we can avoid some of the mealy, tasteless produce we get around here in the winter. Being far from everywhere has a lot of advantages, but the produce stinks most of the year.

So until I build my Earthship with a big greenhouse in the front and an avocado tree, we’ll make do with canning and freezing summer’s yumminess.

Since it is zucchini season, I’ve been making double batches of basil-zucchini soup. I had a little issue with my zuccs this year, so my friend Jo Jo brought some by. Thanks, Jo Jo!

We usually eat half of it before it gets to the freezer, so we have three + meals frozen and waiting. 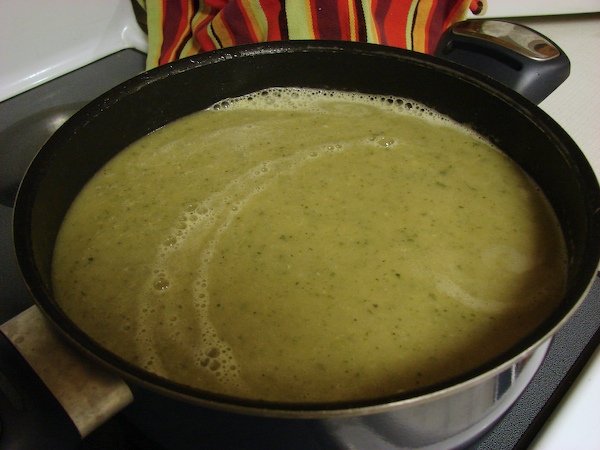 Won’t that be delicious on a cold, winter day? Yes it will. 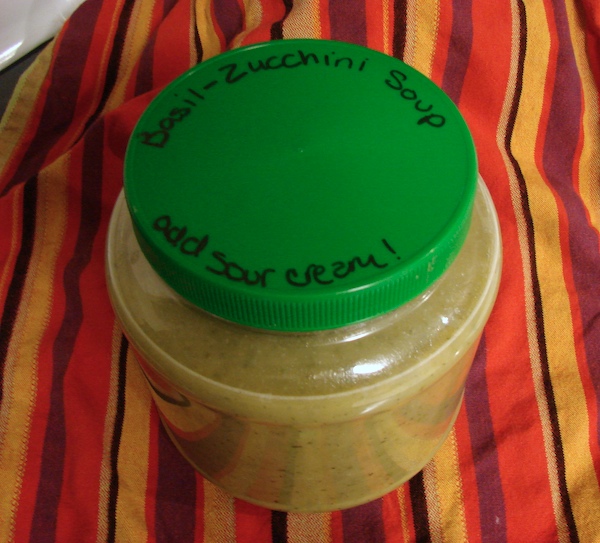 Since I have lots of basil left over from the soup, I’ve been making pesto. Yum-deli-icous! I do love pesto. We have 7 meals worth. 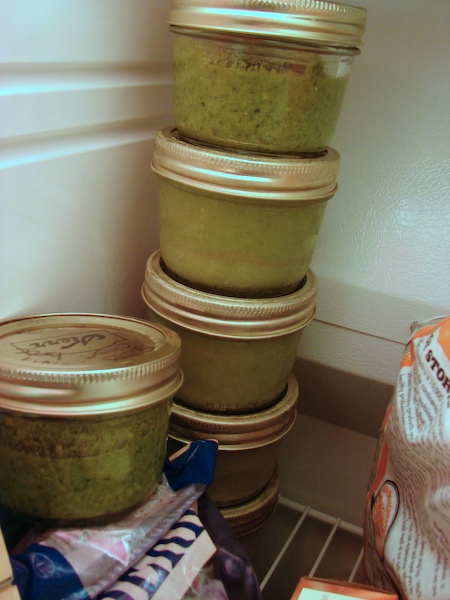 My newest attempt at preserving is jam. We picked raspberries a few weeks ago and I made raspberry-blackberry jam. You’ll probably want to leave a comment below saying how pretty they are.

These came from a Sunset recipe, of course. My tiny friend, Jen, cued me into it. I saw the recipe in the magazine (I am a devoted reader) but had forgotten about it. Thanks Jen E. !!! 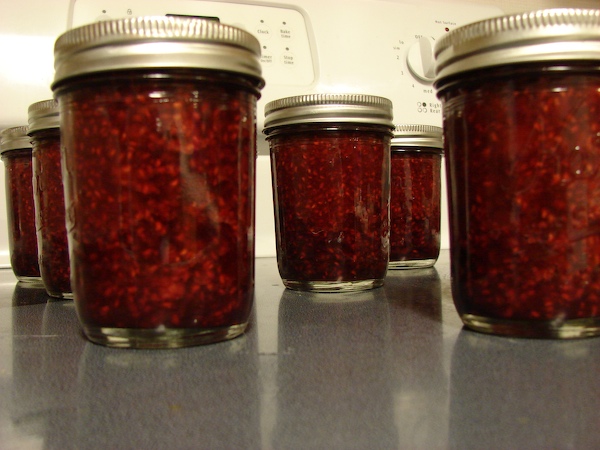 Look how pretty. Ma Ingalls would be proud.

So there you go. Next up is curried carrot soup, creamy tomato soup and applesauce (I just have to hop the fence to pick apples from the neighbors’ tree). And hopefully I’ll find some peaches for peach jam and canned peaches. Then there is spaghetti sauce and canned tomatoes and salsa and….

2 thoughts on “Whatcha got cooking?”