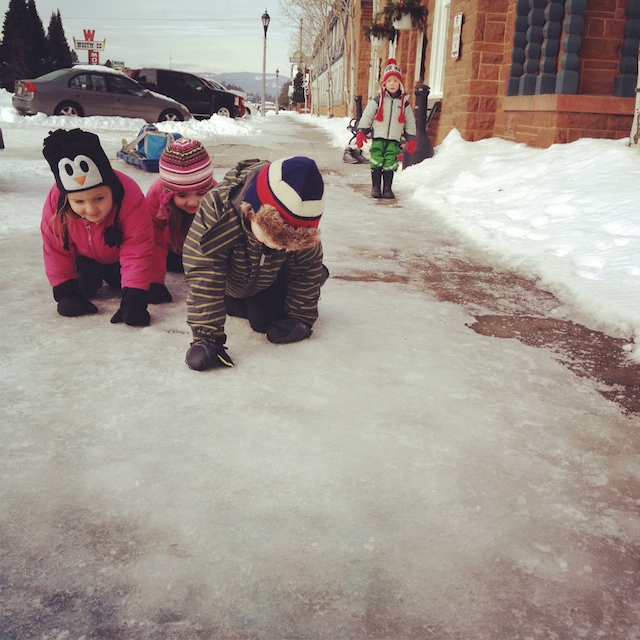 Crawling down the sidewalks of West Yellowstone. Don’t ask me why.

This winter is leaving me uninspired. I love Livingston, yet the gray, windy, snowless days are starting to get to me. I want to be in a town just like this, only in the mountains, and in the snow. I imagine bluebird skies and cross-country skiing out my front door. There would be cloudy days too, but that would be due to all the snow that was falling.

I know there are real problems in the world and not getting to play in the snow isn’t one of them. But I sure love to ski.

Last week there was a story on NPR about Northwest winter lovers suffering through warmth. Its not just them. I have friends complaining on Facebook about not having snow on the east side of the Sierras in California. There must be snow somewhere, but a lack of it seems more common.

Henry was out of town last weekend on a shoot, so the boys and I went in search of snow. We invited my friend Dorel and her twin five-year-olds, Kiris and Gray and drove down to West Yellowstone.

We got there late Friday afternoon and the boys and I took advantage of the hot tub before settling into our room for TV and pizza. When the girls arrived, we got a little rowdy until I shut it down and made my monkeys go to bed.

After a leisurely “continental breakfast” of foods that no child should eat, we hit the Rendezvous Ski Trails.

Pretending to be sled dogs and mushing to the ski trails.

The boys and I skied for about five minutes before they were done. I have to admit, I get a little nervous about how little they care about skiing. I try to remember that they are just three and four, but oh how I want them to LOVE skiing. Does that guarantee they won’t? 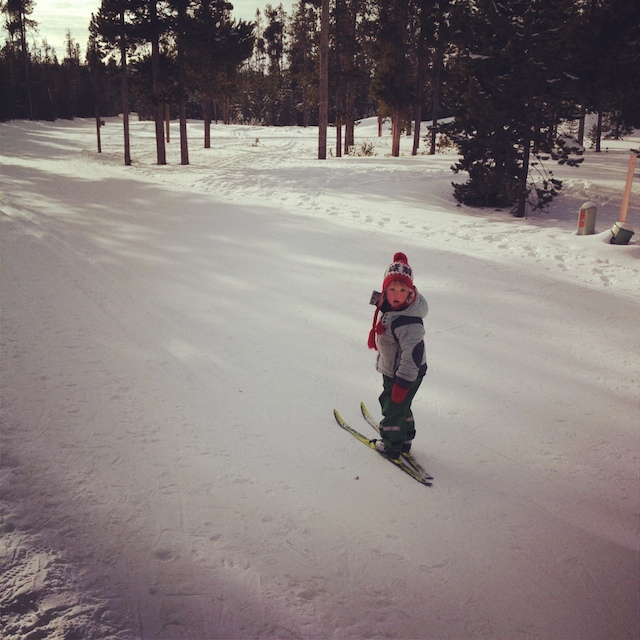 Finn waits for me to hold his hand. 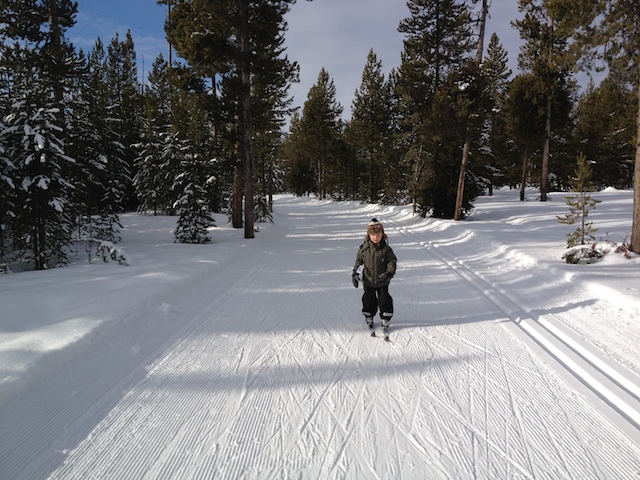 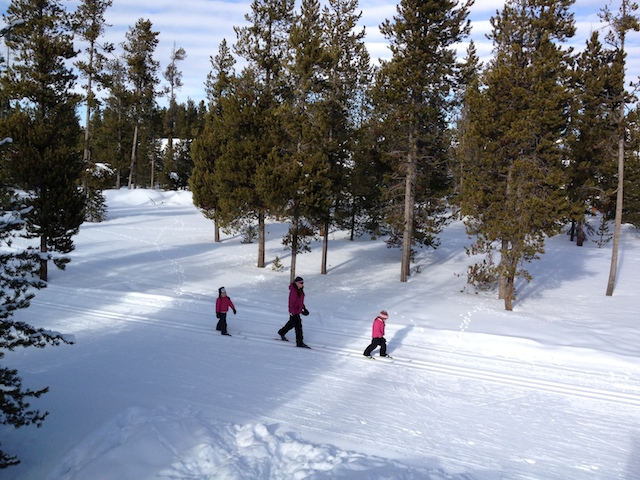 Team Pink tears it up Nordic-style.

Dorel and the girls took the boys’ skis for spin and loved it. We had fun on the sledding hill. So, it turned out we got to play in the snow, just like I wanted. 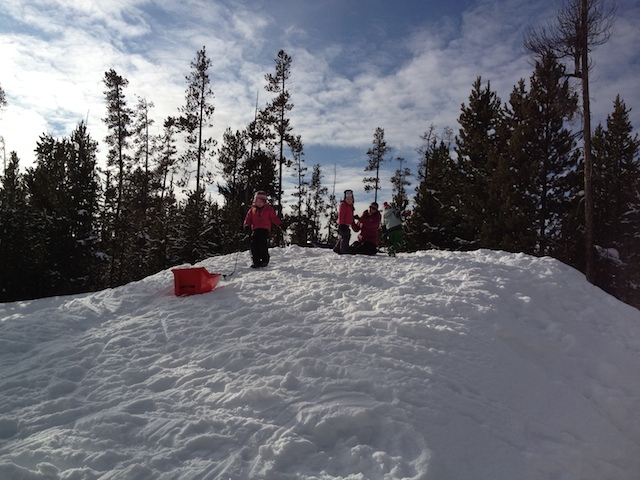 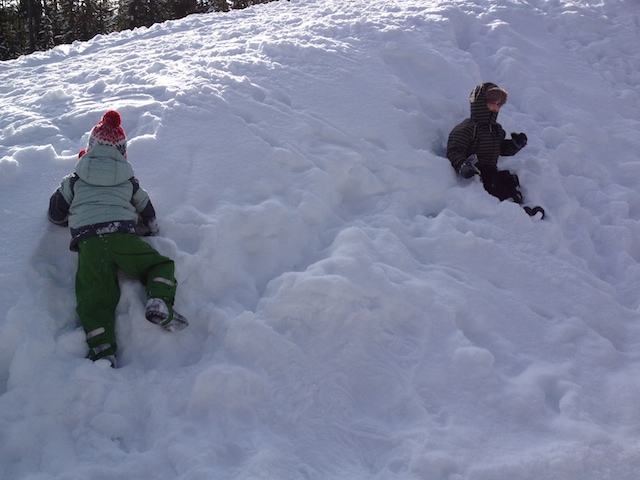 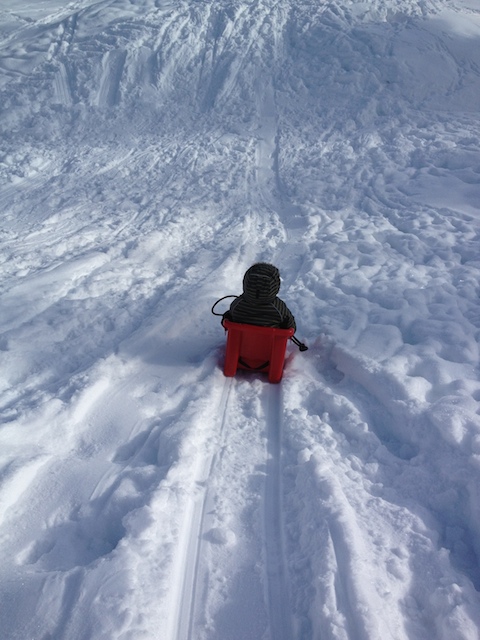 Back to the hotel for another dip in the hot tub. 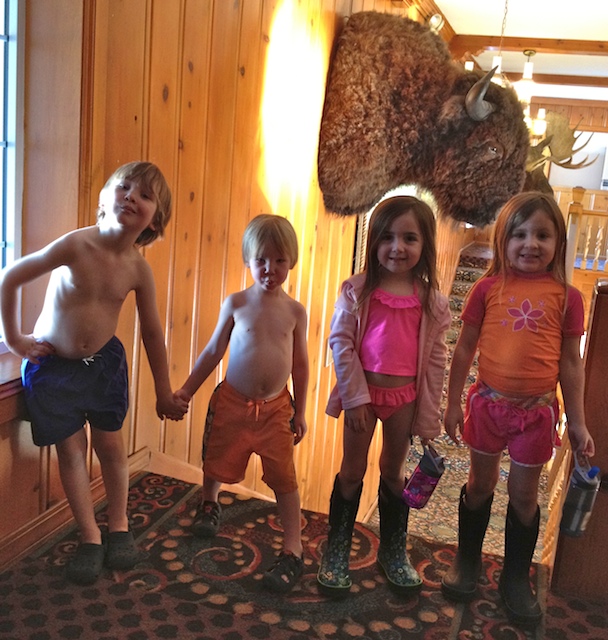 So many funny things about this picture. 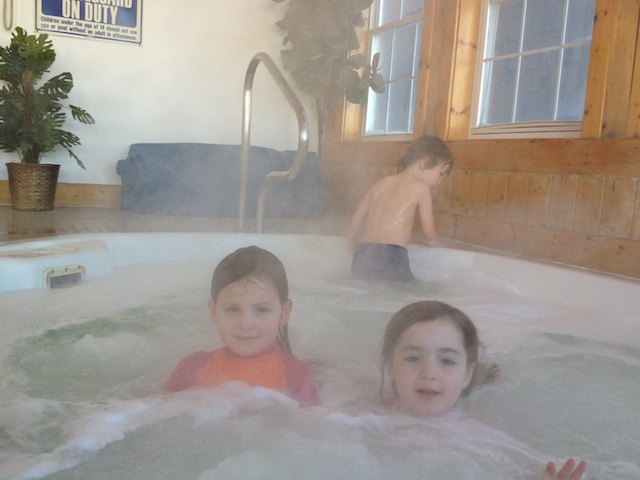 Then off to the Imax to watch a film about cave exploration. Finn fell asleep during the movie and Anders fell apart afterwards. Thus began the meltdowns. 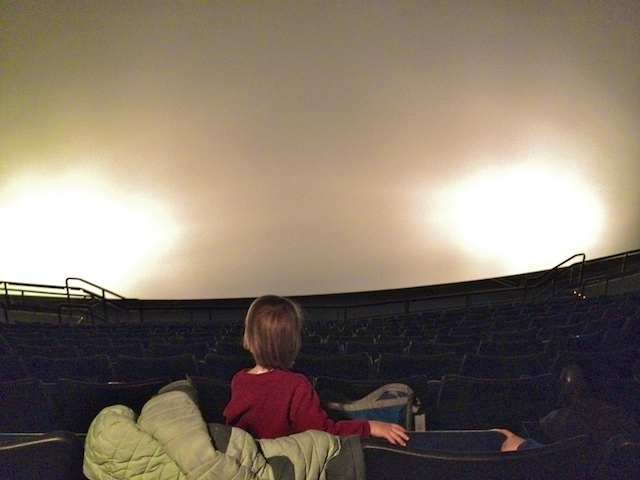 We tried to go out to dinner after the movie, but both boys lost it. I’ve never had to leave somewhere because my kids were freaking out. Now I have. Finn cried/screamed for 30 minutes. They were tired and hungry and I tried to be compassionate. 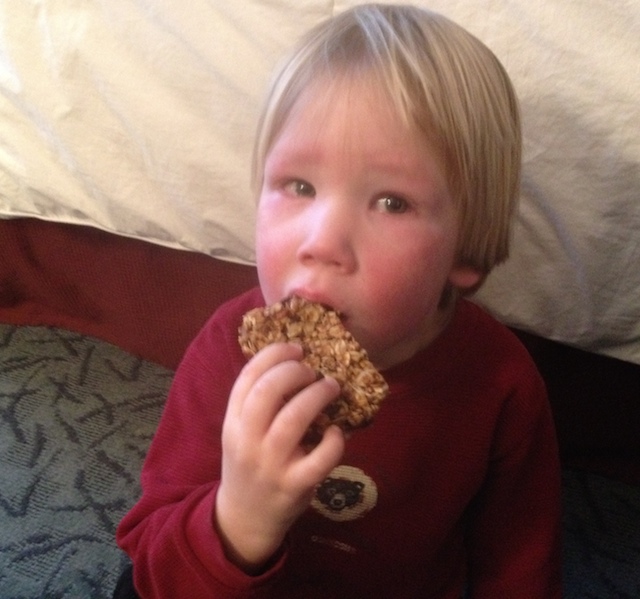 After 13 hours of sleep for Anders and not quite as many for Finn, we were ready for another day. So, it was off to the Grizzly and Wolf Discovery Center. 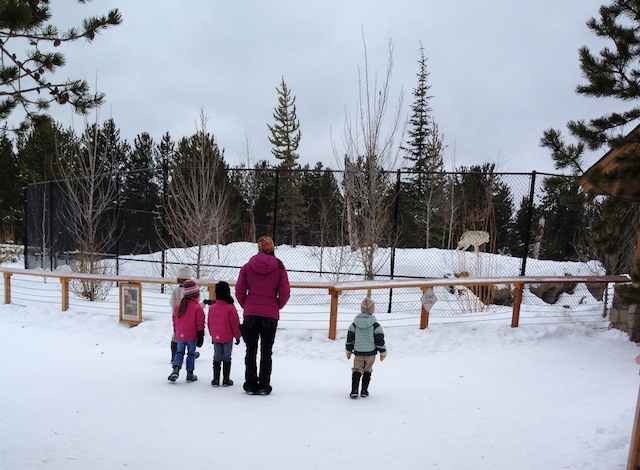 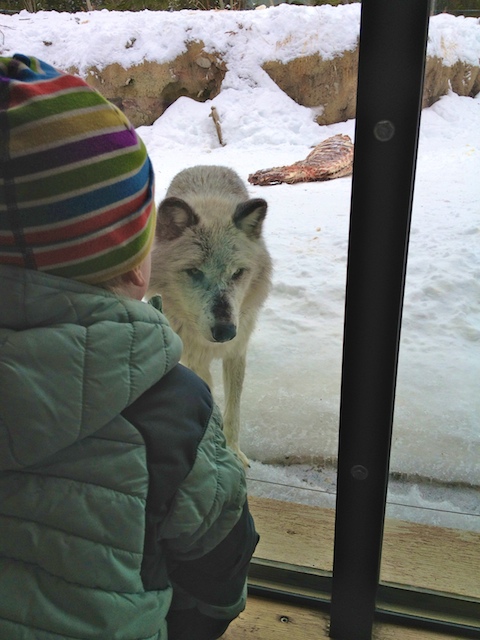 Close encounter of the wolfy kind. 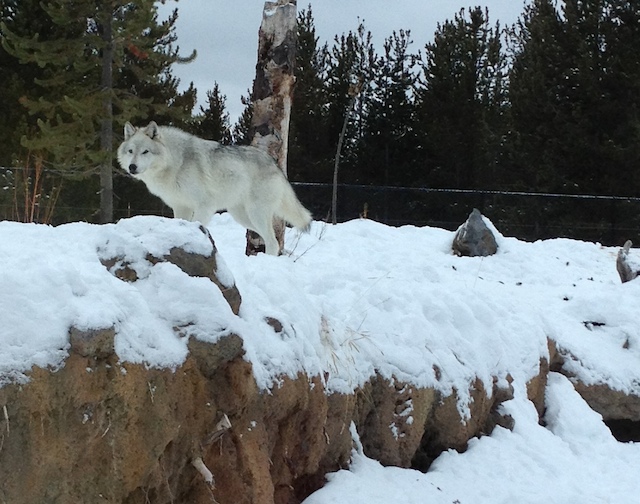 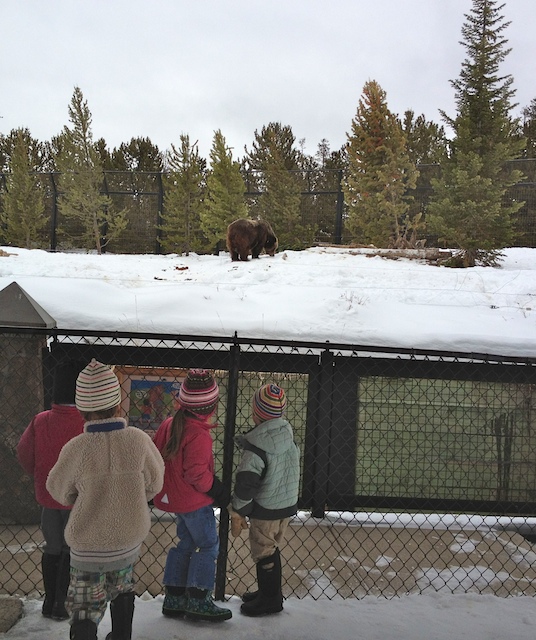 So glad we found snow and so glad we got to get out of town for a couple days. You might have noticed that this is part I. My friend, Heather, and I just made plans to meet in West in February. Just the two of us. There will be lots of skiing photos from that trip. 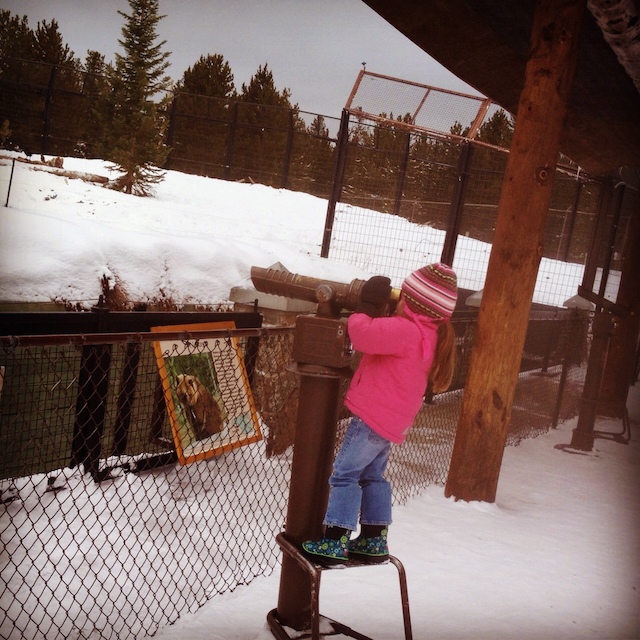