One of the things we wanted to incorporate into this mammoth road trip, was meeting up with friends and family. We figured that since we were in Colorado, we’d see almost everyone we knew in the state–regardless of where they were.

After a quick dip in the Ft. Collins Motel 6 pool, we headed toward Denver, then up into the mountains. Henry’s cousin (second cousin, technically) lives in Eagle, Colorado, about 30 minutes west of Vail. I lived in Vail for a spell and it was fun to drive through the mountains again. Except for the part where the boys, having spent way too much time in the truck, got a bit squirrely. They really handled all the driving pretty well, but when they didn’t– it was painful.

I met Emily and her family a couple years ago at a birthday party for her dad, but I barely got to talk to her, so it was really nice to spend a little time getting to know her. The bonus was her great husband, Craig, and two boys, Carter (8) and Christopher (5).

The four boys hit it off right away. I love how kids can jump in and start playing with kids they have never met before. The boys played in the sandbox, slid on the slip n’ slide, built with Legos, ran around in the sage, skateboarded and roasted marshmallows for s’mores. 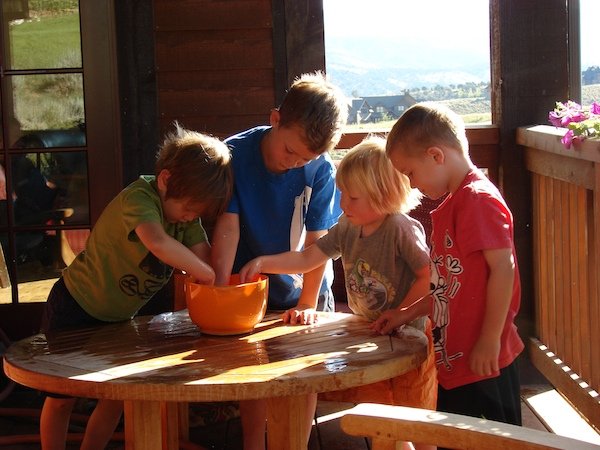 The boys dive into some orbs. 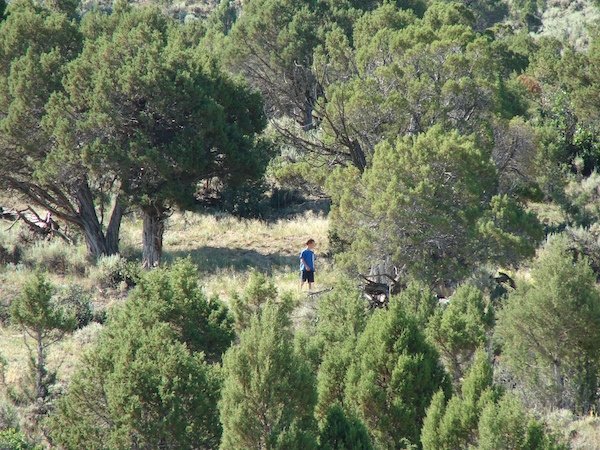 They have lots of open space behind their house, and the boys were generous enough to show their fort to Anders and Finn. 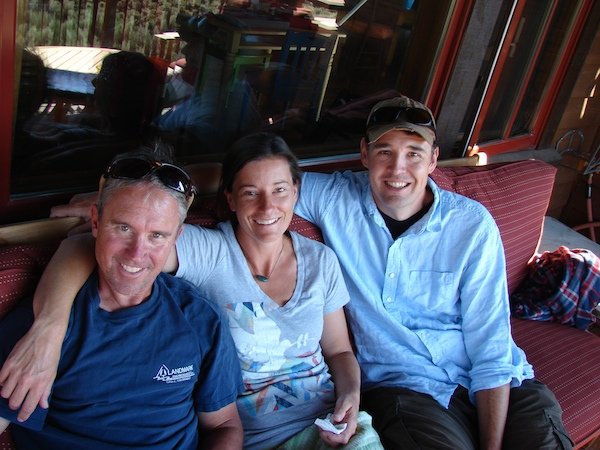 The next day, after a super yummy coffee cake made by Emily, we headed toward Rocky Mountain National Park. We took the scenic route and stopped for a couple hours at my friend Kristen’s house.

Kristen lived with my awesome friend, Tiny Jen, in Missoula. When I was there for a year on the National Student Exchange Program, I also lived with them for a month or so. Even after I found my own place, we hung out a lot. We hadn’t seen each other since Tiny Jen’s wedding in 1999, so it was great to catch up. We also got to meet her husband, Mark, and boys, Nathan (4.5) and Eli (2). I had already met Graham (16), but he had changed a lot in the last 12 years. 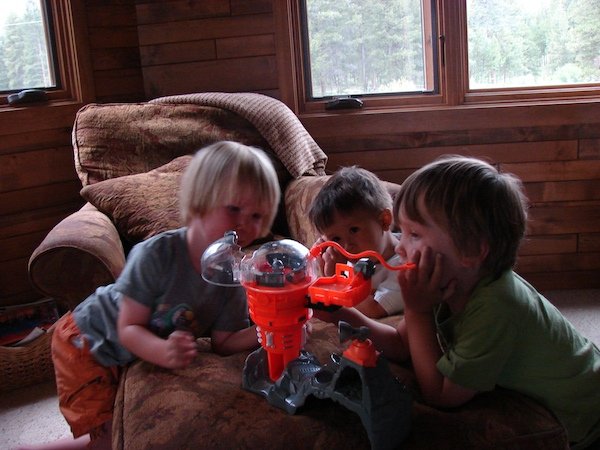 The boys with Eli. 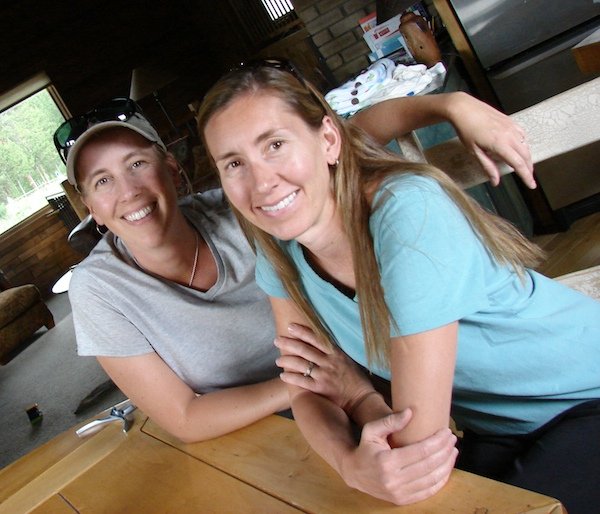 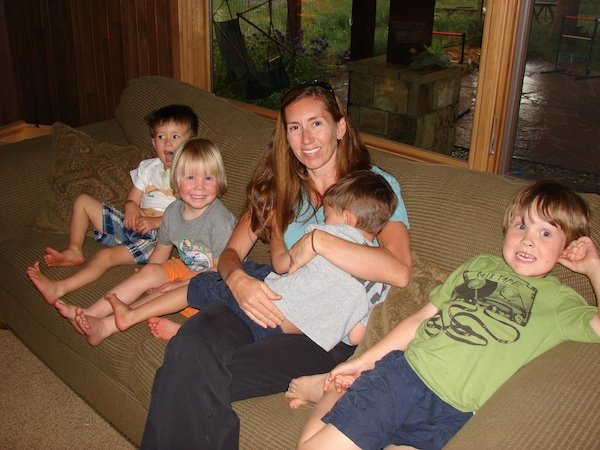 Have you ever tried to get four little kids to smile at the camera? Impossible, I say!