You probably thought you were done seeing photos from our Rocky Mountain National Park trip. Wrong. I uploaded that quilt post just to keep you alert.

Before I get to those photos, I have to mention that Anders and I went on our first ever backpacking trip this weekend. It wasn’t my first backpacking trip, but it was his. I’ll share some photos later this week, but they are mostly from inside the tent since we got hammered by mosquitoes. Anders was a trooper, but he looks like he has some weird disease with the red welts all over his body. One of his eyes was almost swollen shut. And poor Rigby…..but that’s a story for another day.

On this day in RMNP we started off with a quick jaunt on the Ute Trail. The Utes called it the “Children’s Trail” because it is easy for anyone to walk on. The trail winds through Rocky, though it is much older than the park.

We know lots of interesting tidbits about Rocky thanks to the audio tour I downloaded before we left. Usually, Finn freaks out and starts screaming when we try to listen to the radio/mp3 player, but for some reason he didn’t on this day and we got to listen to the tour in it’s entirety. And now I can throw out interesting facts about the park at cocktail parties. 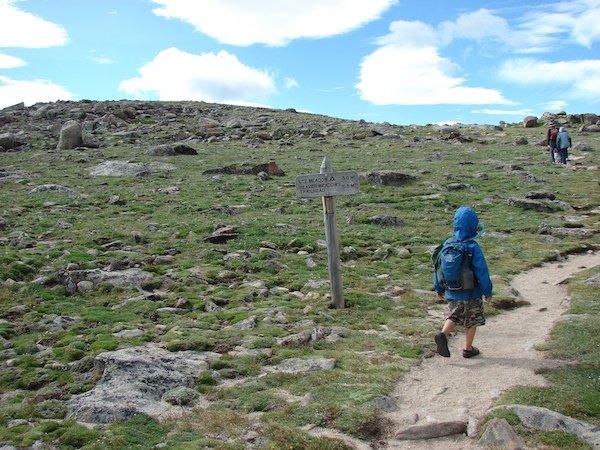 Starting out on the windy Ute Trail. 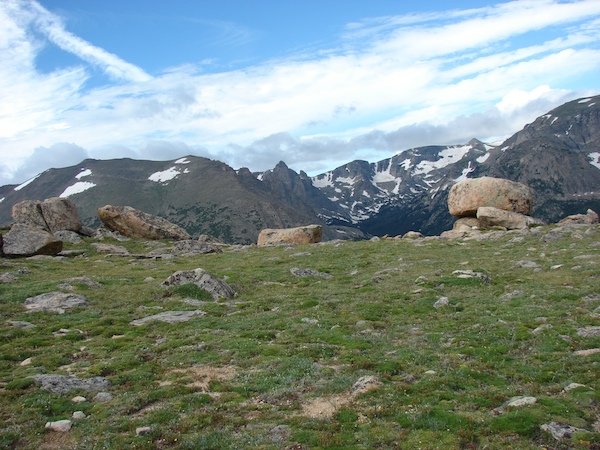 Everything that lives up here has to stay really close to the ground. 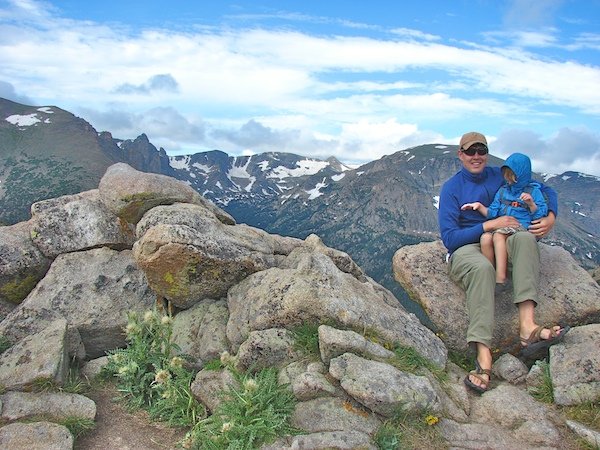 Our turn around spot…about 100 yards from the trailhead. 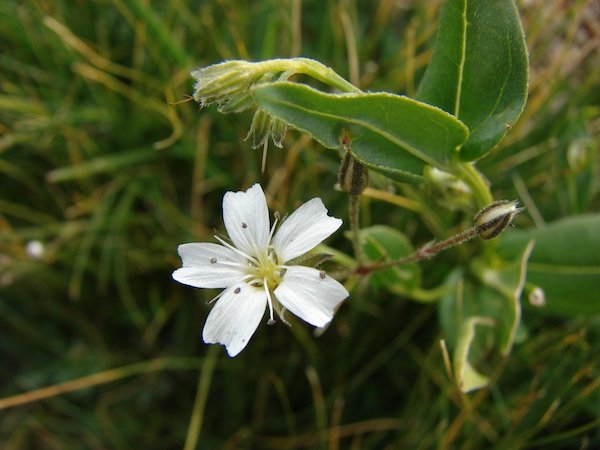 If you look closely, there are tons of wild flowers, even in this harsh, alpine environment. 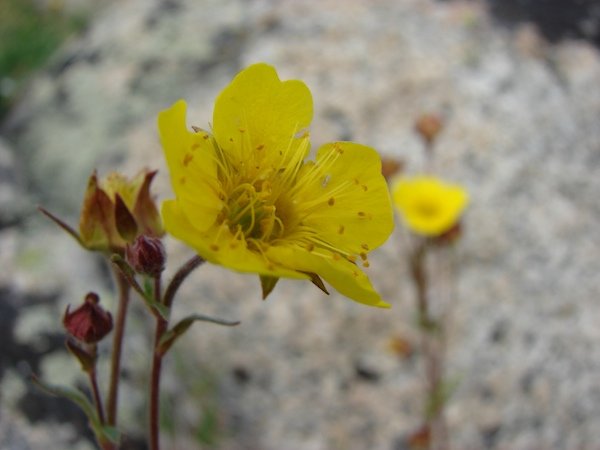 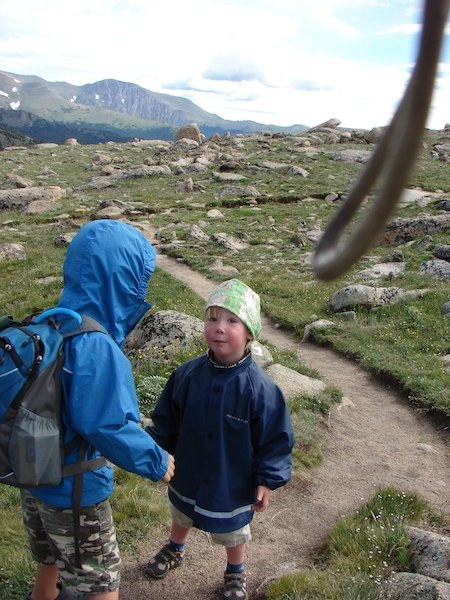 You’ll have to excuse the camera strap because Finn looks so cute and silly here. 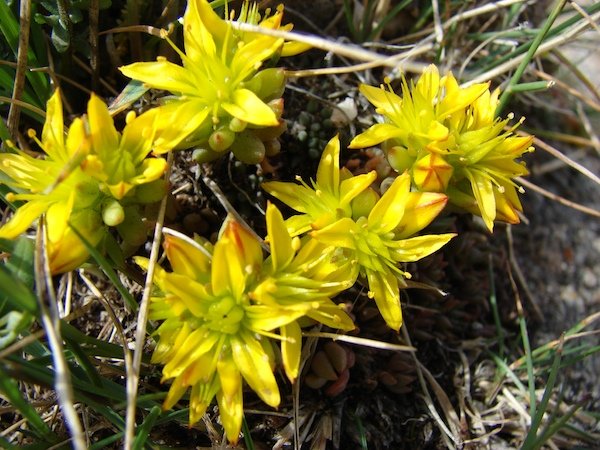 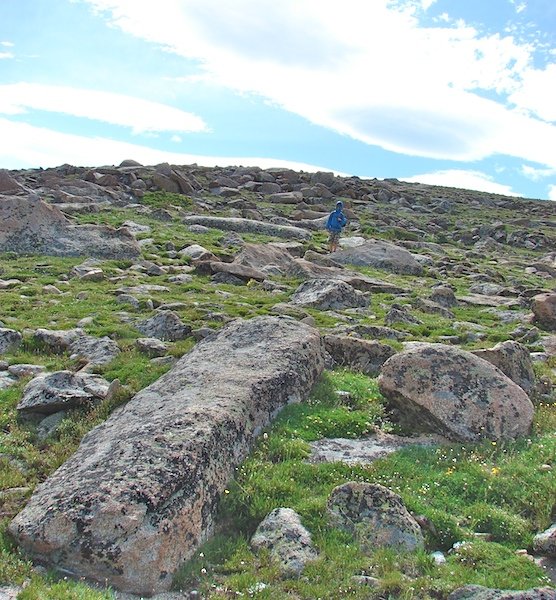 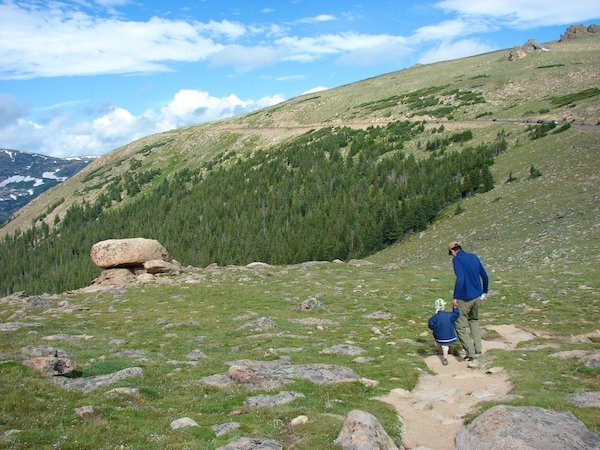 Back down the trail. You can see Trail Ridge Road in the background.

We had to cut the walk short to make our rendezvous time at the Alpine Visitor Center, which was fine since the boys were crabby and it was pretty cold and windy. We were expecting Kristin plus family, my mom, Aunt Nila and Dan. Not everyone was feeling up to a high altitude hike, so it was just us and Kristin’s crew. 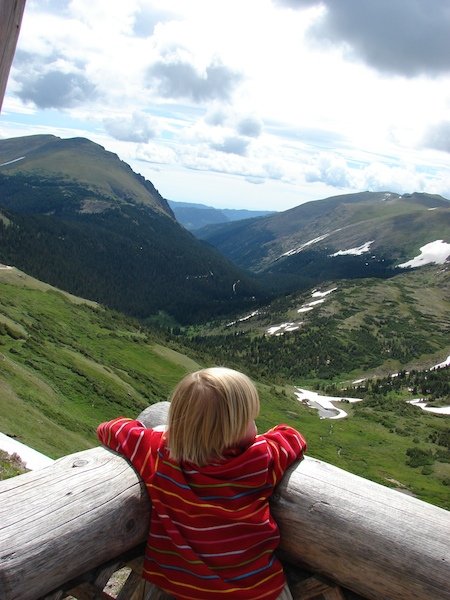 Hanging out at the Alpine Visitor Center.

After some discussion, Henry, the boys and I decided to head back to Estes Park to check on my mom. Our phones didn’t work in the park, so we couldn’t just call. But, as we were heading out of the parking lot, I changed our minds and decided we should go for a hike.

We drove down the west side of the mountains to the Cache La Poudre Trail. The trail starts at the headwaters of the river and follows it down a hugely long valley. The trail was mellow and the wildflowers were gorgeous. It turned out to be one of the best hikes of our trip in terms of willingness to participate and good attitudes. We all had fun. 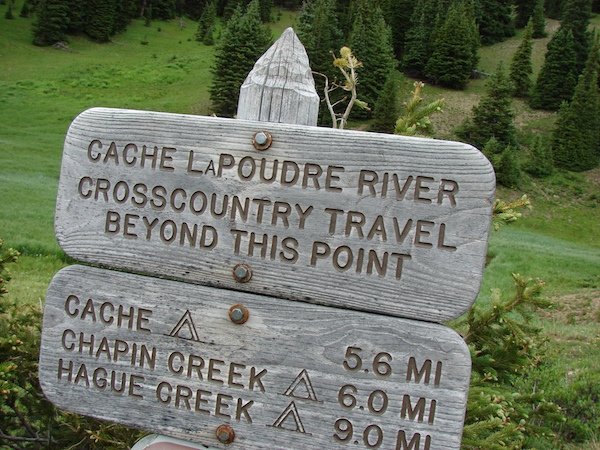 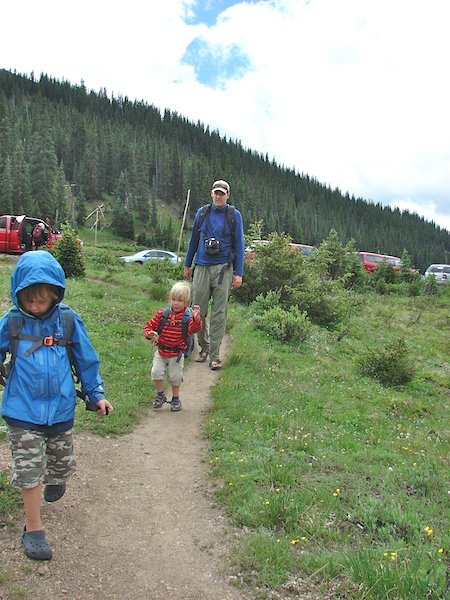 Despite all the cars, there weren’t many people on this trail, especially after the first half mile. 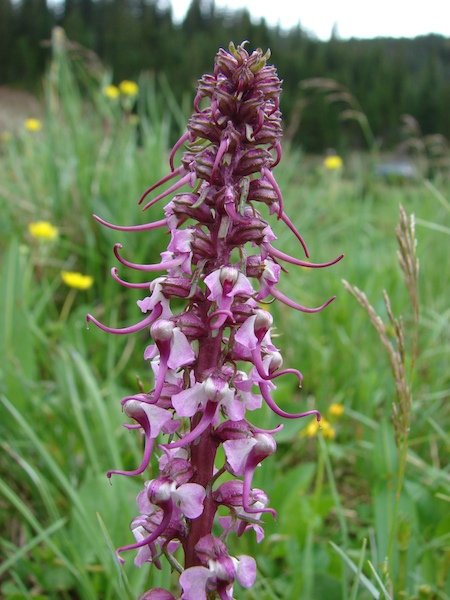 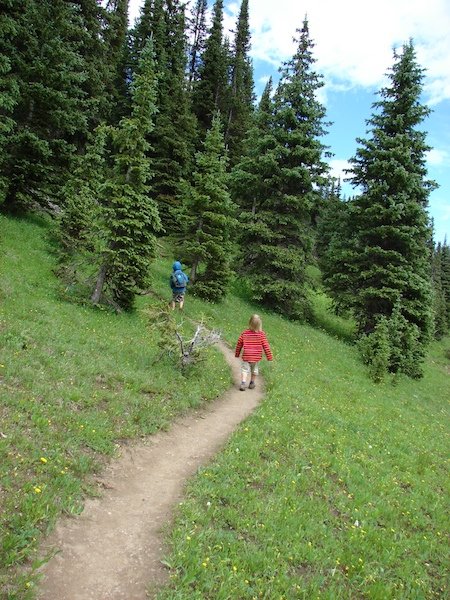 Finn has ditched his pack already… 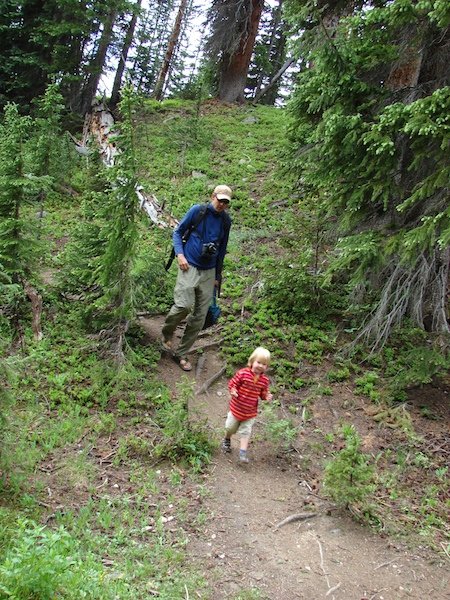 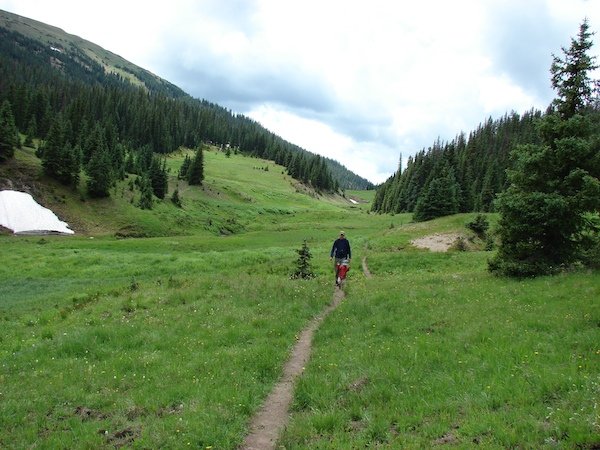 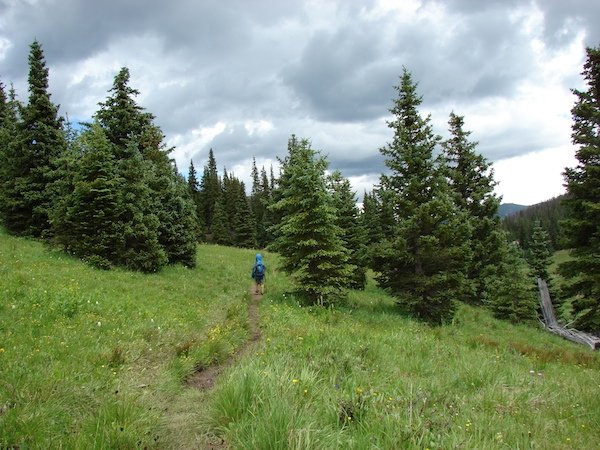 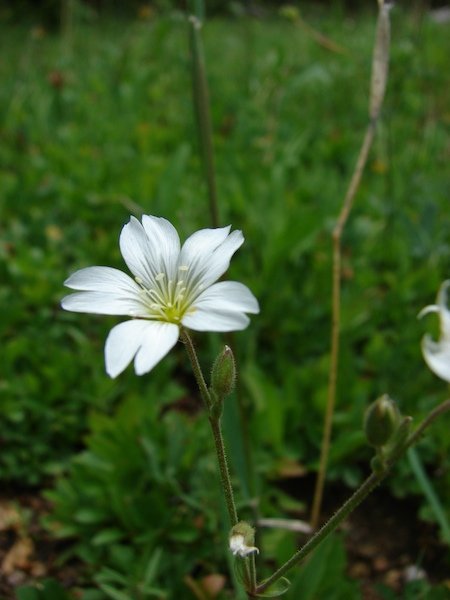 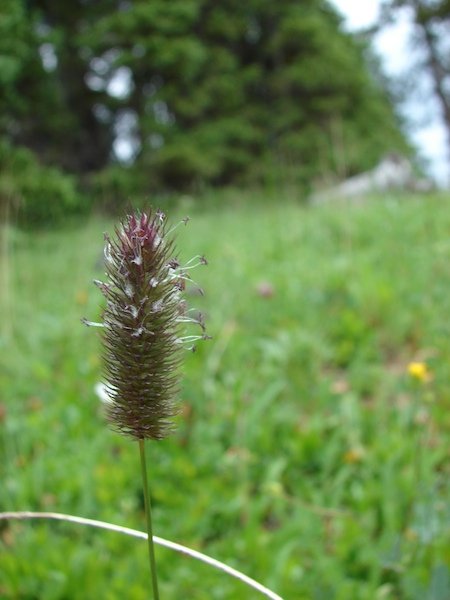 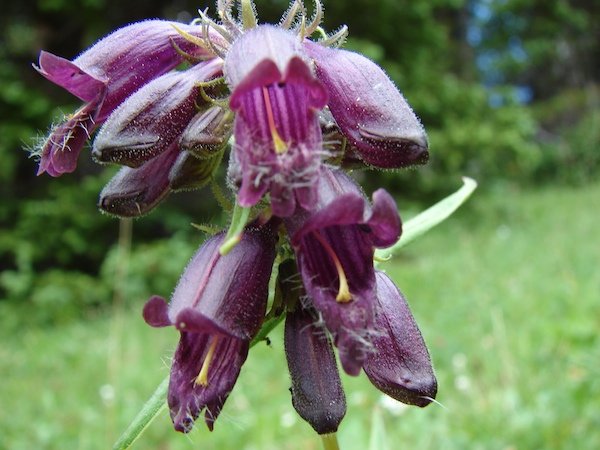 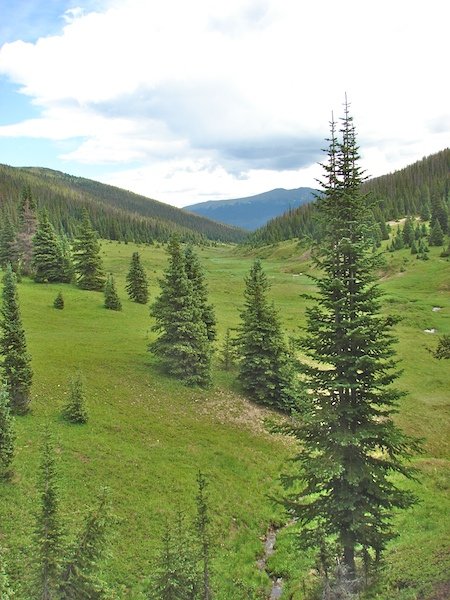 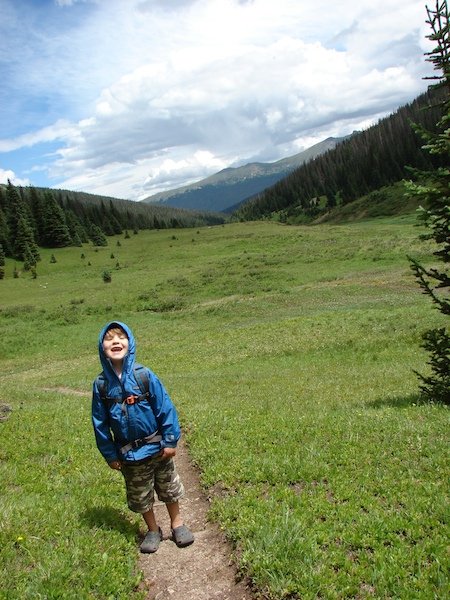 Silly response to a smile request. 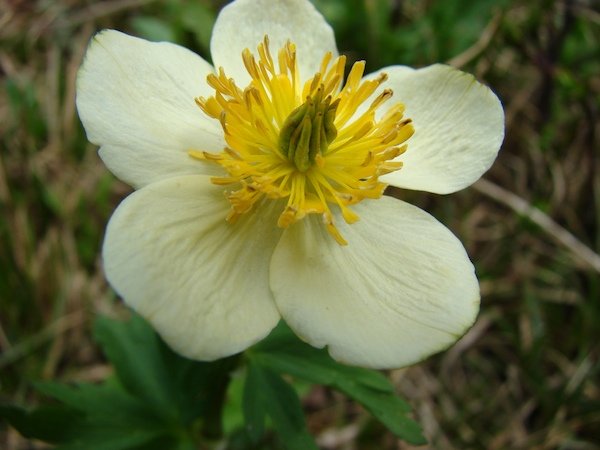 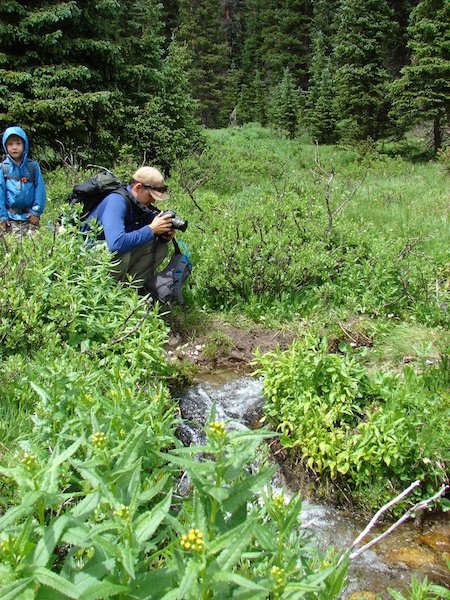 Henry shoots the creek that my mom, Scott, Aunt Nila and Dan went rafting on the day before. It gets bigger. 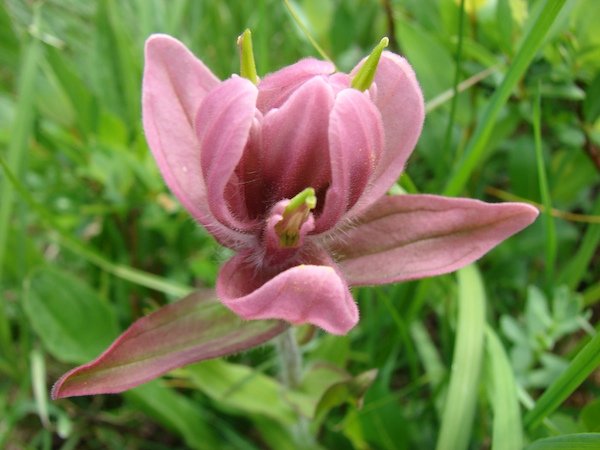 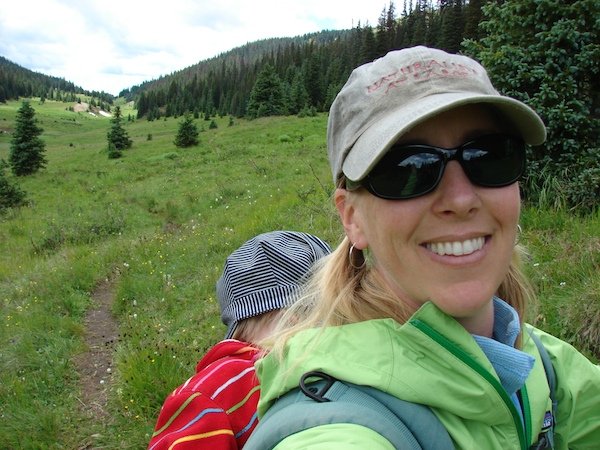 Hiding in response to a smile request. 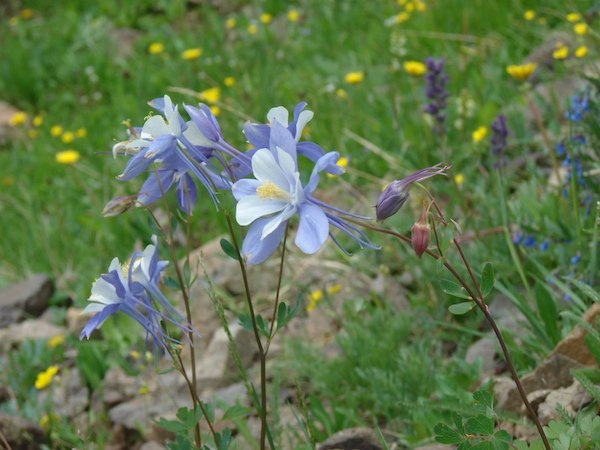