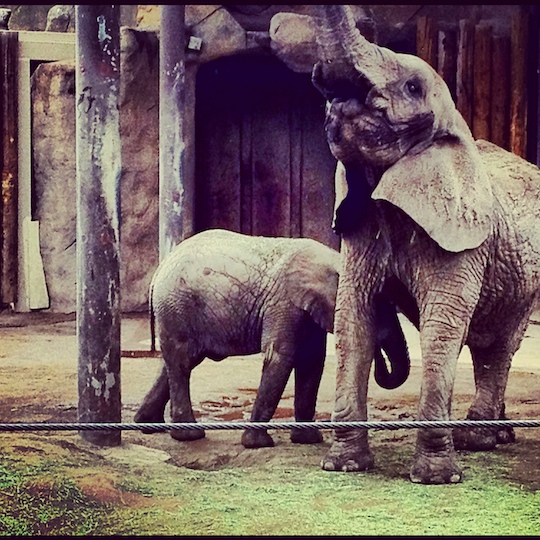 I’m not a huge fan of zoos, but my kids are, so we went to two of them on this trip. The first was Utah’s Hogle Zoo in Salt Lake City. We were able to use our Polar Bears International connections to get passes and check the place out. They don’t have a polar bear, yet, but once construction is finished on a new arctic exhibit, a little cub will be moving in. We made do with elephants, giraffes and other cool animals. 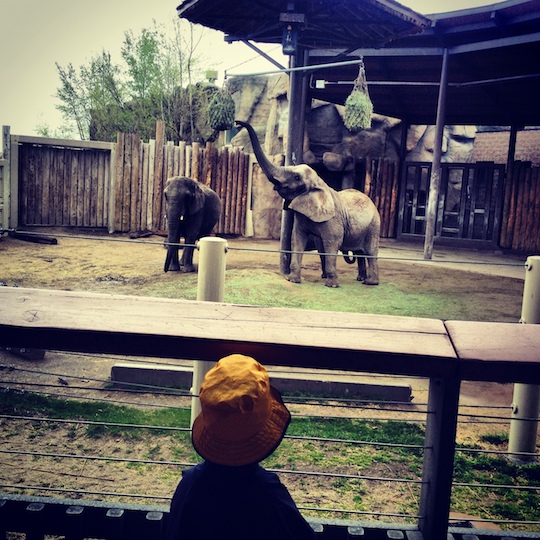 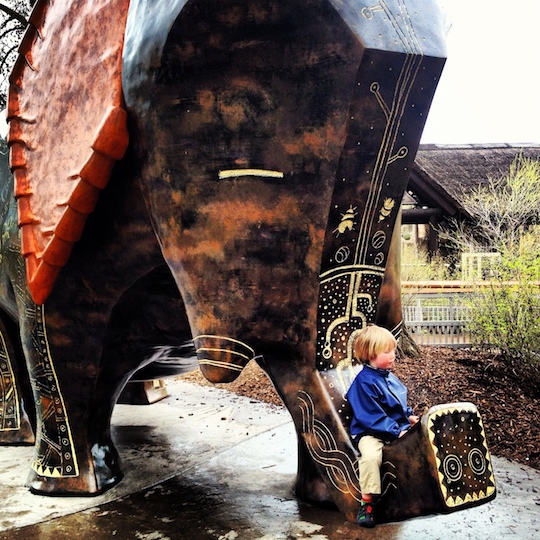 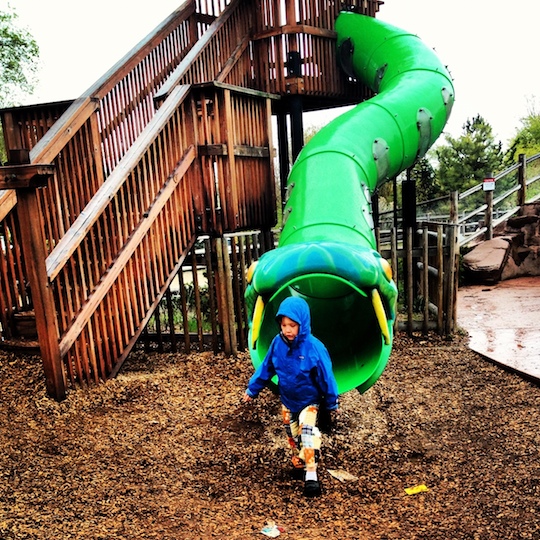 It was a wet day, but more drizzle than downpour. Finn had one major meltdown, but recovered after a good cry and some food. Then he impressed the people in the lemur section of the primate house with his version of “I like to move it.”

(Watch cartoon lemurs from the movie “Madagascar” sing it here. Then be prepared to have this song in your head forever.)

There were a lot of school kids there, so the whole scene was a little hectic. At least I blame that craziness for losing both of the kids.

They were playing in the play area and I turned around to check out a porcupine. I was right there, just looking away for a minute. When I turned back around, they were both gone. Anders showed up after a minute or two, looking chagrined. He’s a sensitive kid and does not want to get in trouble (which is funny, because he never is in trouble. But, I get it, I was like that, too).

We looked for Finn for five LONG minutes before one of the school chaperones walked him over to me. He had been crying and I started to as soon as I picked him up. I’m glad Utahans are willing to return kids, even if they keep your wallet.

So, that was scarey. I was not prepared for big city child supervising. Now I know why he never lets go of my hand. 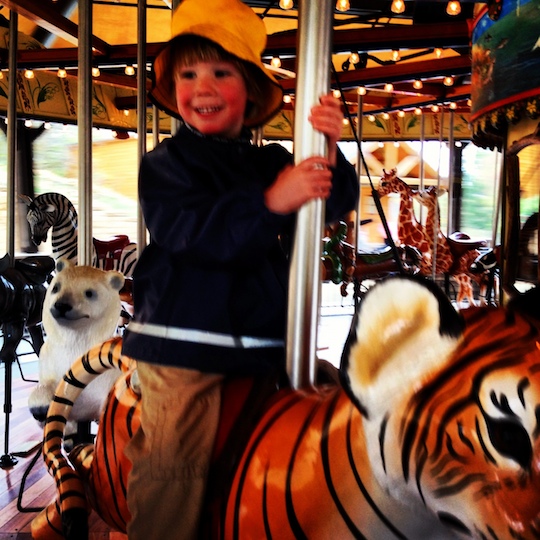 All smiles on the carousel. 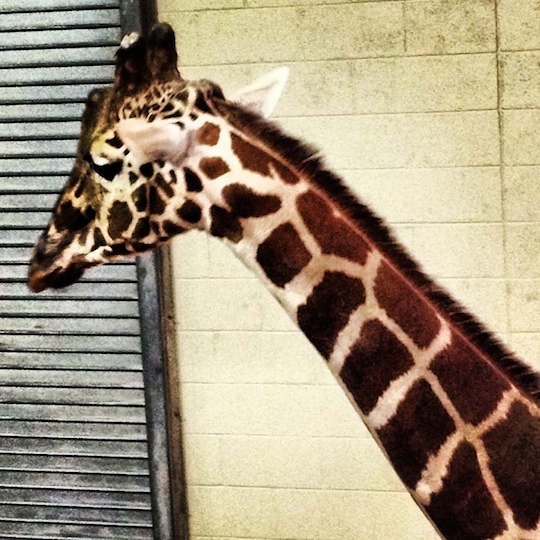 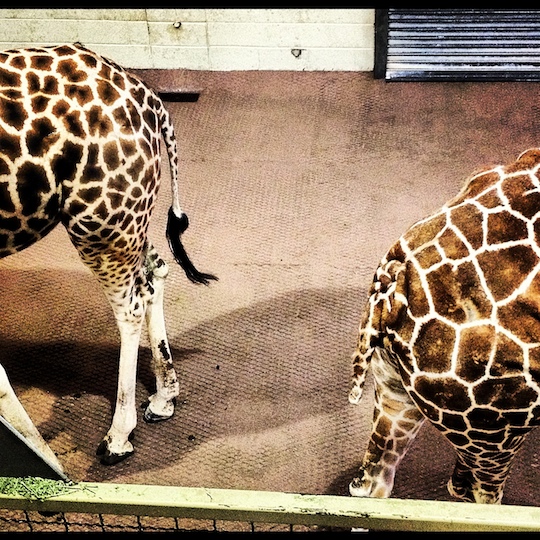 I love all the different patterns on the giraffes. 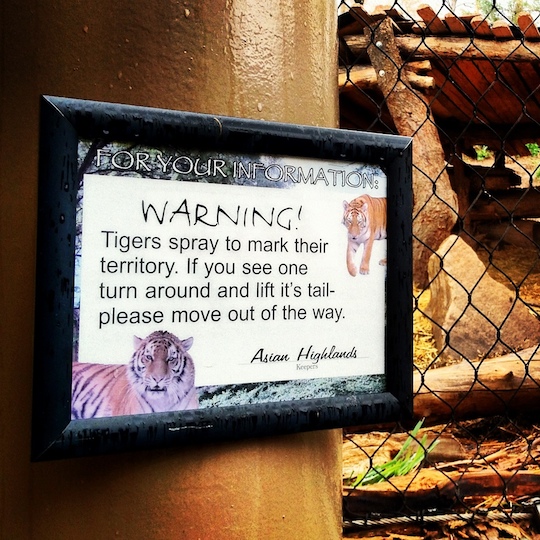 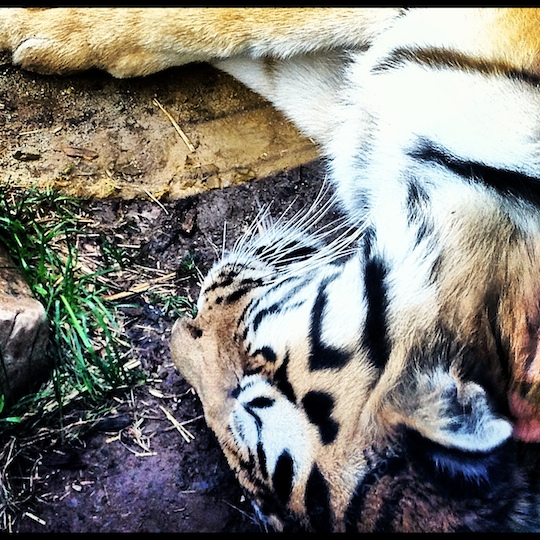 ** My apologies to those of you who see my photos on Instagram. I wish there was a way to use those fun filters without posting the photos there. I guess you get to look at them twice…