Hiking with Anders can be downright painful because there is so much standing around. He doesn’t want to ride in the Chariot and keeps saying “walk, walk, walk!”. Apparently, he doesn’t know what “walk” means because as soon as he is out of the stroller he crouches down and starts collecting rocks or scooping.

I have to keep reminding myself of the long term goal: get the boys to love being outside so that one day we can all hike together. Plus, there are so many benefits of outdoor-time.

Last Saturday, Anders, Finn and I took a little day trip into Yellowstone. I chose a service road that leads to Mary Meagher’s old cabin since I can’t really carry both boys very far and needed to take the stroller.

Mary Meagher was a research biologist who studied bison and lived 6 months of the year “in a crude, remote cabin fetching water from the creek.” (The cabin is maybe .5 mile from the road, so it’s not that remote. From the outside it doesn’t look that crude, either.)

We didn’t see any bison in the area, but it definitely looks like good bison habitat. I can imagine living in that little cabin and getting up each morning, making a cup of tea and glassing the hills for wildlife. Seems like a pretty good life, even if you have to get water from the creek.

Since there was firewood stacked outside the cabin, I’m guessing the Park Service uses it for something else now.

It took us about an hour to get to the cabin (the one that is no more than .5 miles from the parking area), but we made it. We spent a little time exploring the area and then headed back. Anders did not want to ride in the stroller, until I suggested he stand up in it. Then he was happy.

We spent about 3 hours on the trail and around the cabin. Since Finn was awake much of that time (strapped into the Baby Bjorn, as usual) and Anders wore himself out, they both slept all the way home. 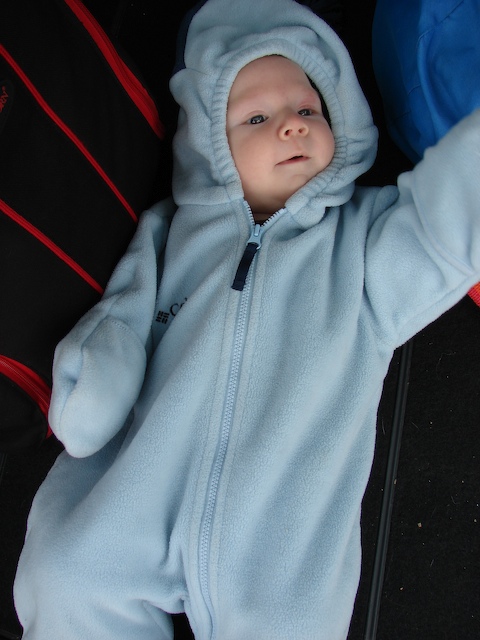 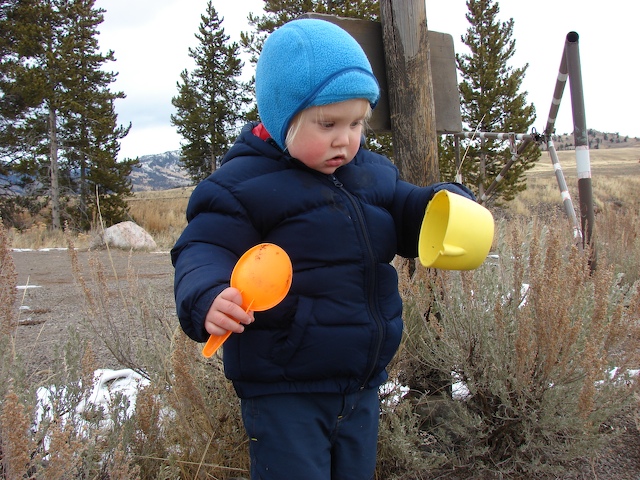 No hike is complete without a scooping device and a container. Anders was all about scooping dirt and snow. 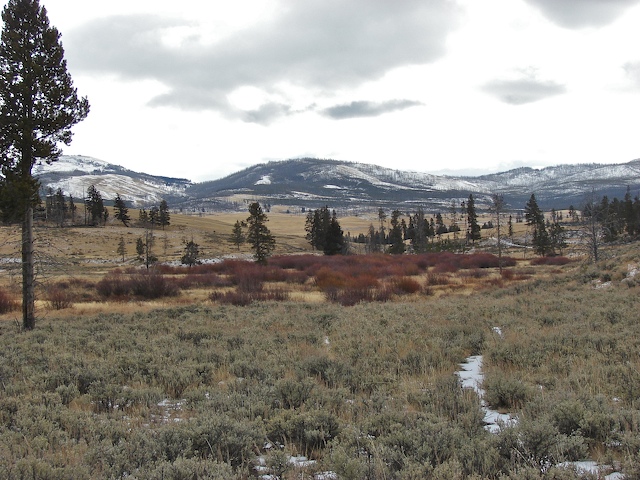 Something pretty to look at while I waited for Anders to scoop. 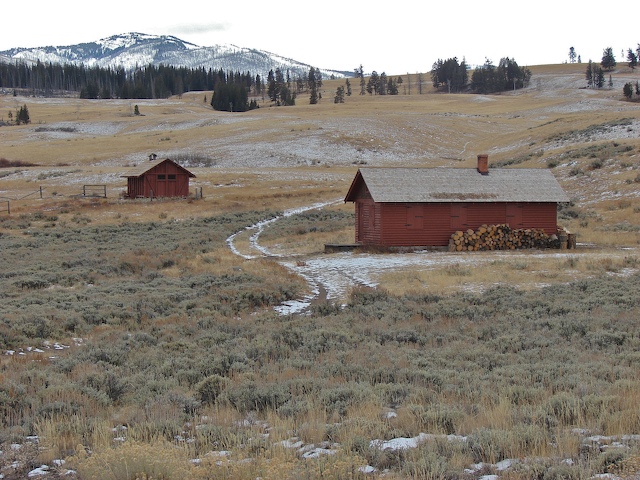 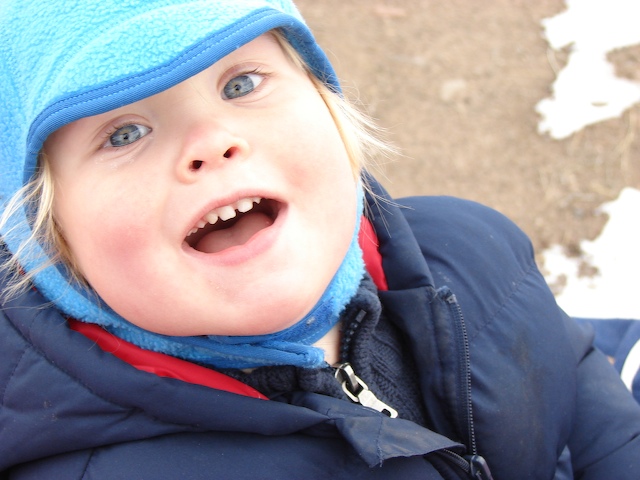 Looking up from the scooping. 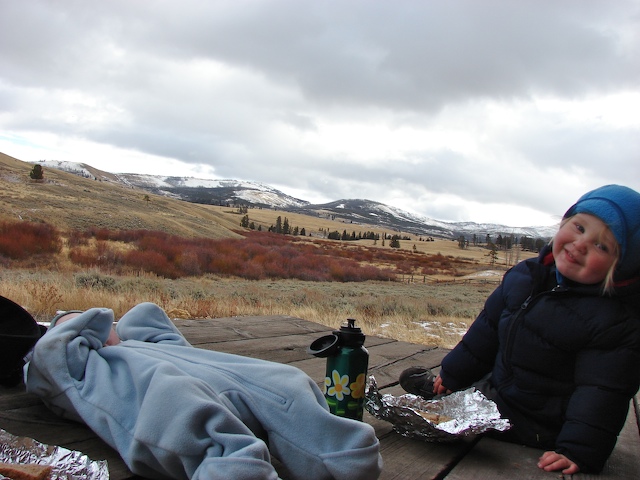 Lunch break on the cabin porch. 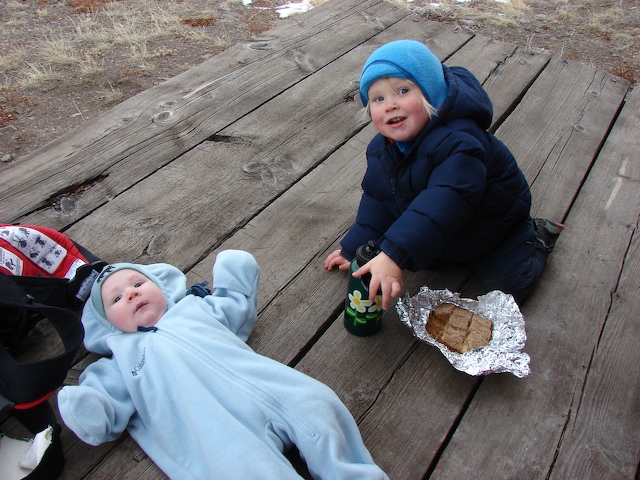 View from our lunch spot. I was really wanting a wide angle lens on this trip, but in lieu of that I did some fancy cropping. Nice, huh?

Looking the other way from the lunch spot. 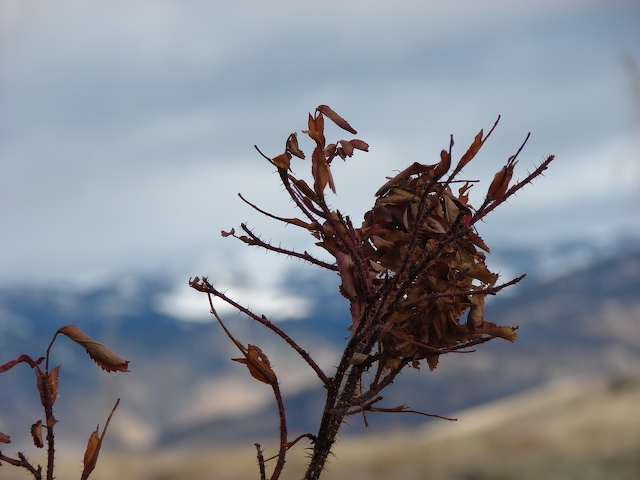 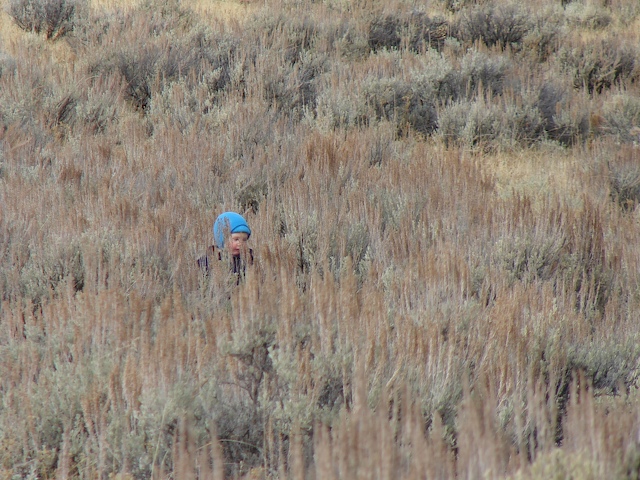 Anders off trail in the sage. I zoomed in to take this shot, he was way the heck out there. He loves walking off the trail and into the bushes. Until he gets stuck, which is what happened right after this was taken. 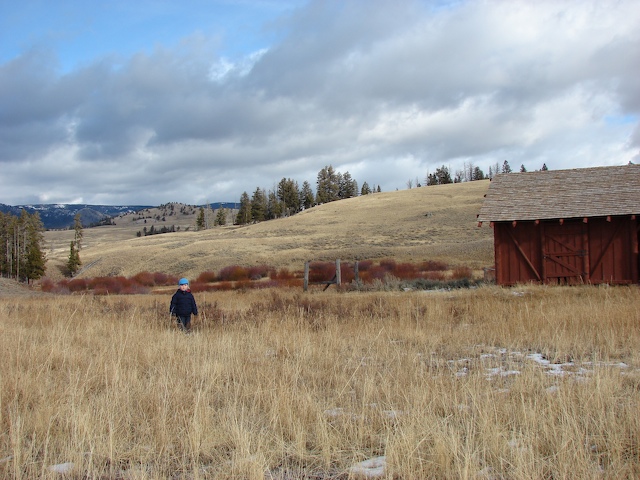 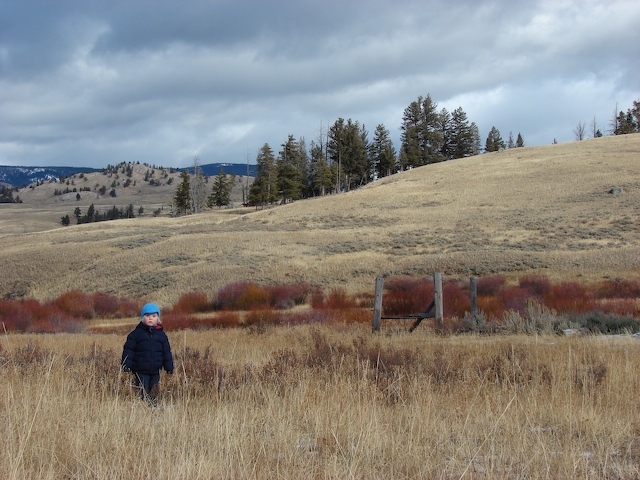 2 thoughts on “Trail to Mary Meagher’s cabin in Yellowstone”