I saw these yummy watermelon Valentine pops on a crafty website and decided to make them for Anders to take to his Valentine’s Day party at daycare. 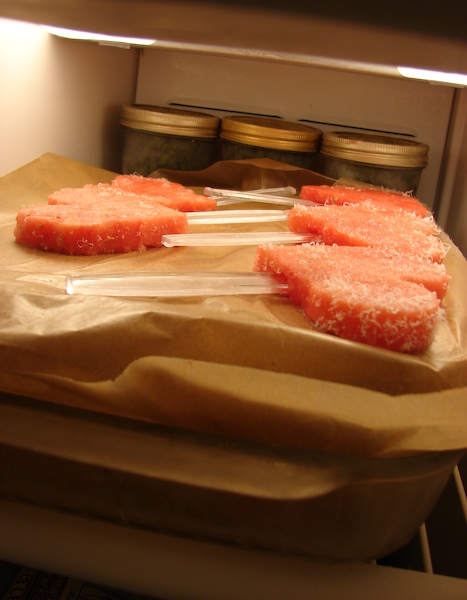 Watermelon pops in the freezer. 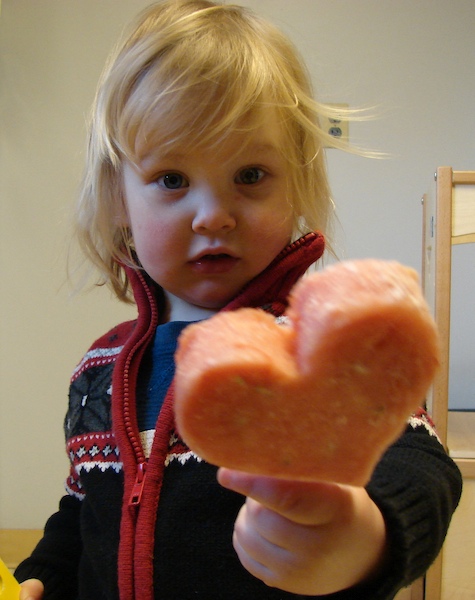 Anders shows you the love. 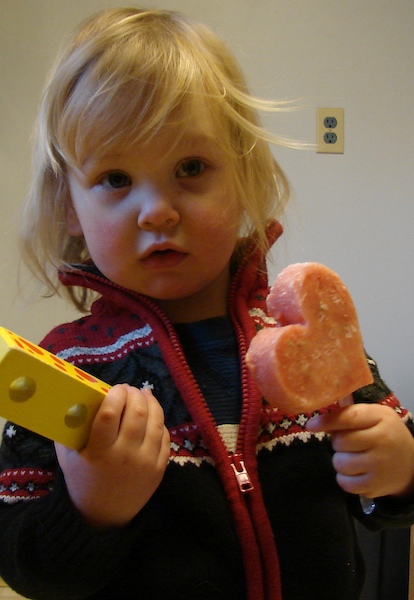 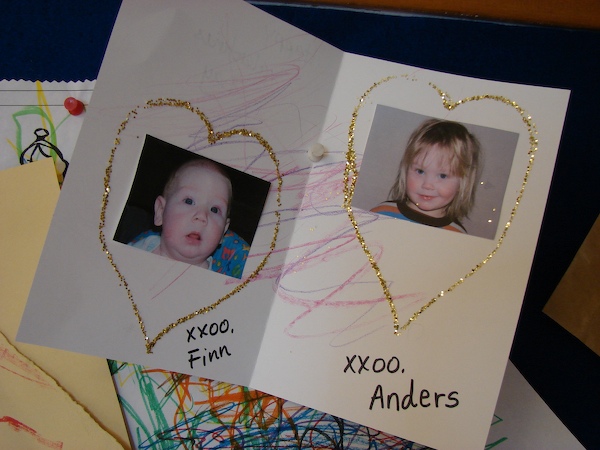 Valentine’s Day card from Anders and Finn. Not the best pictures of them, but a very sweet thought (by our daycare provider).

Last weekend the boys and I took a day to play at a couple museums in Bozeman, both to have little out of town fun and to give Henry a break.

We started out at the Museum of the Rockies where we climbed on the treehouse exhibit, played in the kids’ room and checked out the dinosaur exhibits.

It was the in front of a Triceratops that Finn threw up. You may recall that last time we went to MOR Finn also threw up. I’m beginning to think it might be something at the museum. 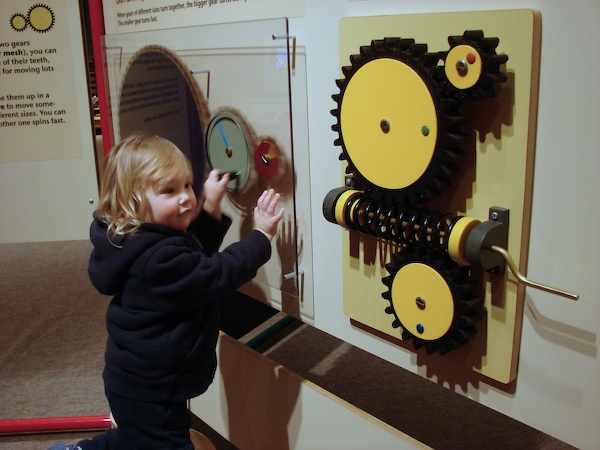 Getting into gear at the Museum of the Rockies. 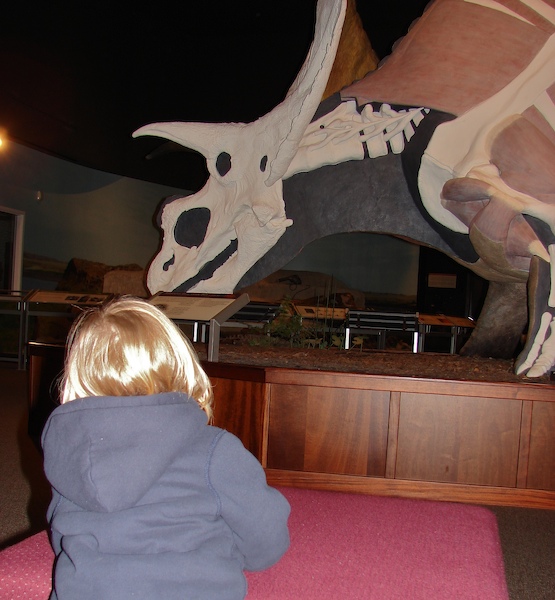 Anders watched the dino who watches the other visitors. 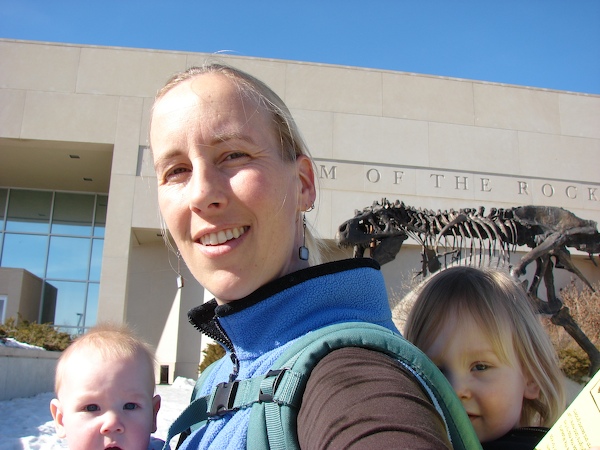 Group photo in front of the museum.

After the puking we decided to head out before being kicked out. Finn seemed fine so we headed over to the Children’s Museum of Bozeman.

Anders went straight for the train table since he doesn’t get enough train time at home. Then we played at the rice table, which we discovered to full of beans this time. We love it when they change things up. 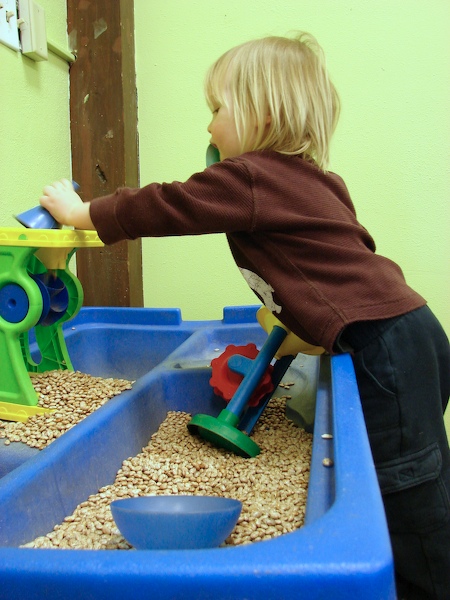 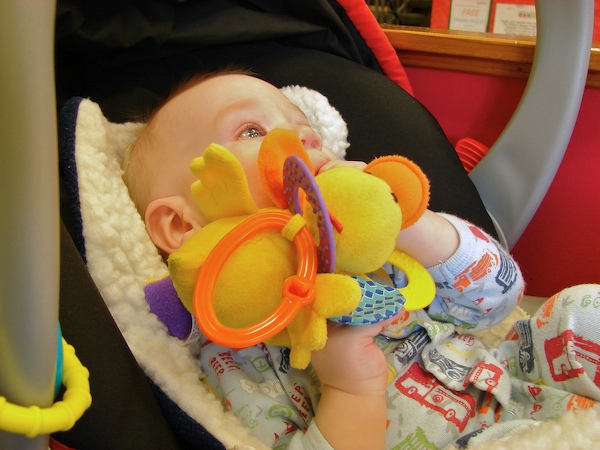 Finn brings his own fun with him. 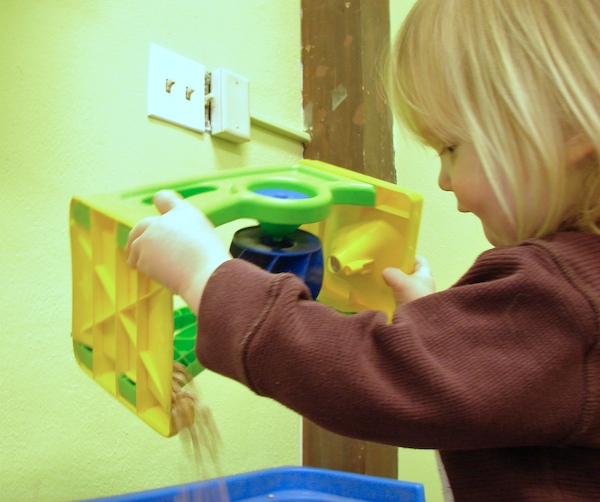