The Best Things To Do In Slovenia: what to see, where to go - MelyndaCoble.com
Skip to content
This post may contain compensated links. Find more info in my disclaimer.
TwitterFacebookPinterestLinkedinEmail 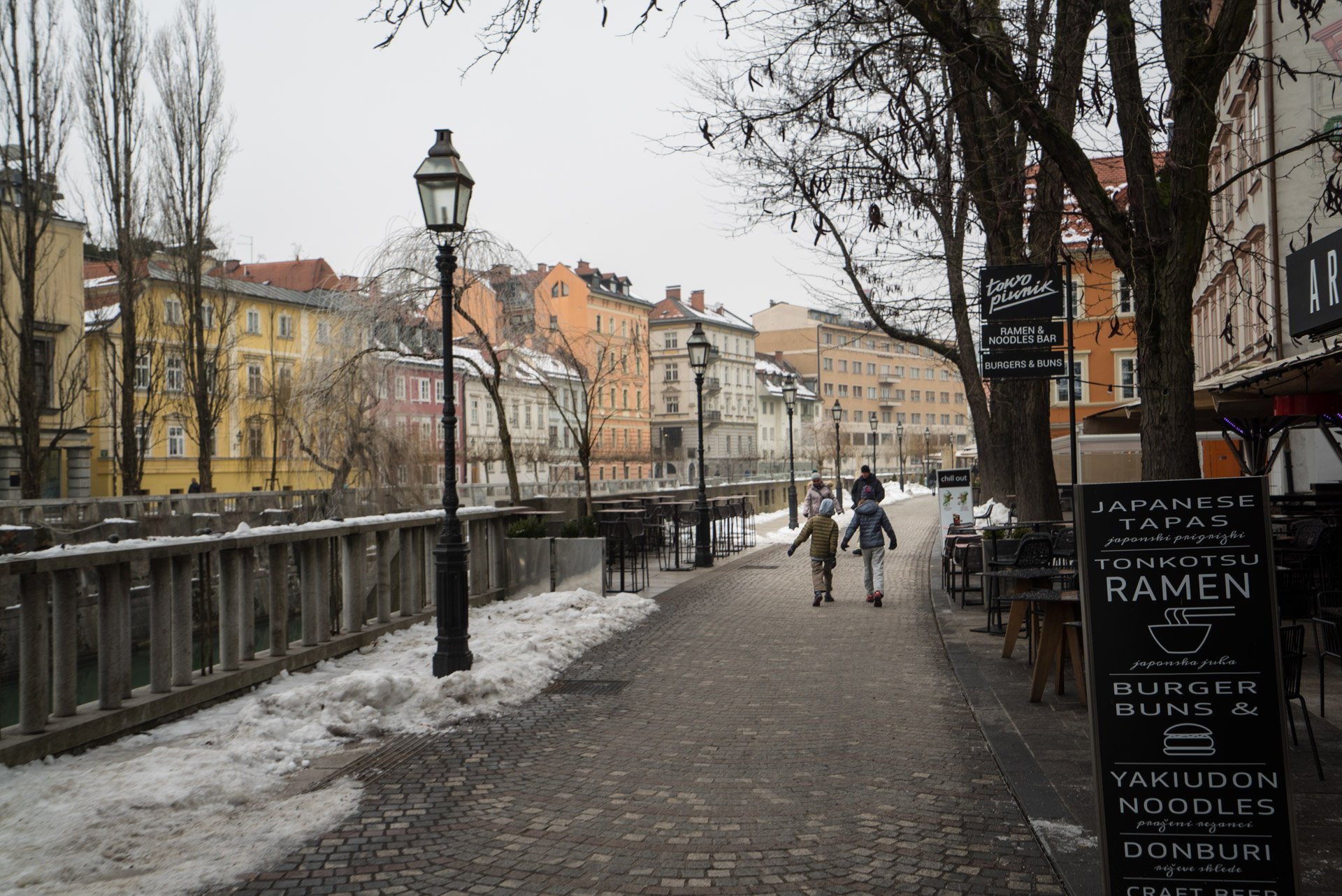 What To Do In Slovenia

This meaty post will help you plan your trip to Slovenia. Where to go, how to get there, where to stay, and Slovenia’s points of interest are all covered. For more detail on a particular location, click through to one of the site-specific posts.

The Slovenian currency is the Euro and Slovenia is part of the European Union and in the Schengen area. United States citizens can only spend 90 out of 180 days in the Schengen area, which isn’t a problem for most vacationers, but is something to think about for long term travelers.

Croatia and Slovenia tours are often combined as the countries border each other. It’s an easy train ride from Zagreb, Croatia to Ljubljana, Slovenia. The Slovenian language is Slovene, but many people we met spoke excellent English. It’s a very easy country to navigate as an English speaker. We learned a few key words to be respectful, but fortunately, we could primarily communicate in English.

There are so many things to do in Slovenia. What follows is a general overview. For more specifics, see these posts:

Check out this Slovenia map to better answer the question, “where is Slovenia located?”.

Slovenia considers itself more a part of Europe than a part of the Balkans. That makes sense given its history as part of Austria and Italy. Although, Slovenia means “land of the Slavs” so there is an obvious connection with the other Slavic countries. I’ll link to more information about Slovenia’s history below. For now, I want to tell you about the best experience in Slovenia today. 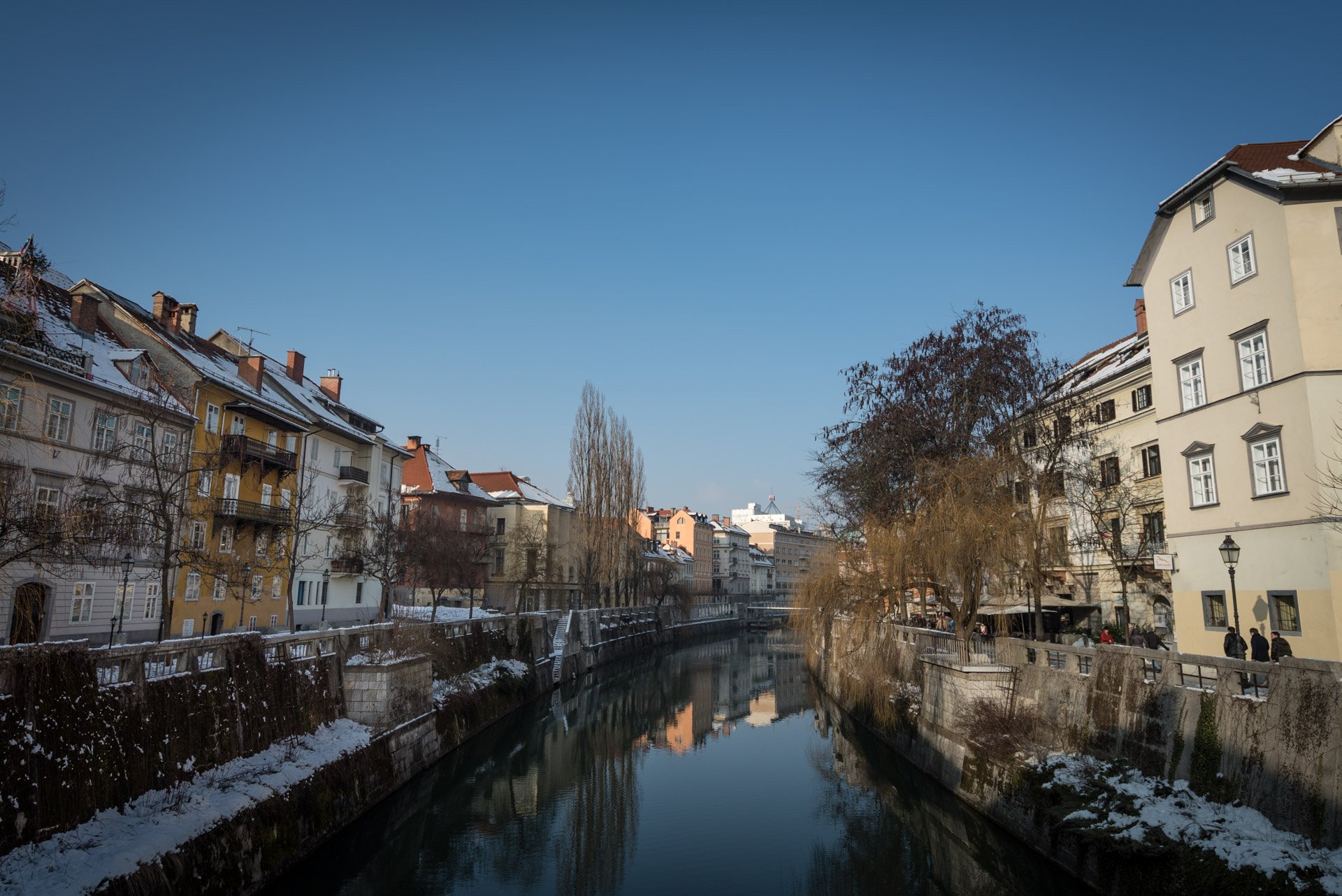 Things to Do in Slovenia

There are so many things to do in this tiny, beautiful country. We especially liked all the outdoor activities and how the country caters to family travel. Don’t get me wrong, it’s also a hot spot for Hen and Stag Parties (bachelor and bachelorette parties) and young people wanting to party. Still, we found so many things to do in Slovenia with kids. Even a month wasn’t enough time in Slovenia to do everything we wanted to do.

I’ve broken up this Slovenia Travel Guide into different regions and activities in Slovenia. Then, linked to other pages that give you more details, especially on things to do in the capital of Slovenia, Ljubljana, Lake Bled and the Bohinj Valley, and a really cool cave. I also share things to do in Slovenia in winter (that’s when we were there) and what to do in Slovenia summer (dreaming of this, right now!). Slovenia was voted one of the most romantic honeymoon destinations in Europe, so you’ll find something for couples who travel, too.

Is Slovenia safe? I think so. We let our kids run around Ljubljana on their own without any problems. Friends that live in the Slovenia capital do the same. The U.S. Department of State rates Slovenia as fairly safe, although they do their best to scare you away from anywhere. It’s certainly a lot safer than many places in the U.S.

The biggest city is the capital, Ljubljana, Slovenia. You can easily base out of there for exploring the country. It’s a charming, beautiful, walkable city and you have to check it out when you visit Slovenia.

Maribor, Celje, and Kranj are the next largest cities with over 100,000 people each. You can find a list of Slovene cities here, but I recommend you stay in Ljubljana and then explore the countryside above and below ground. 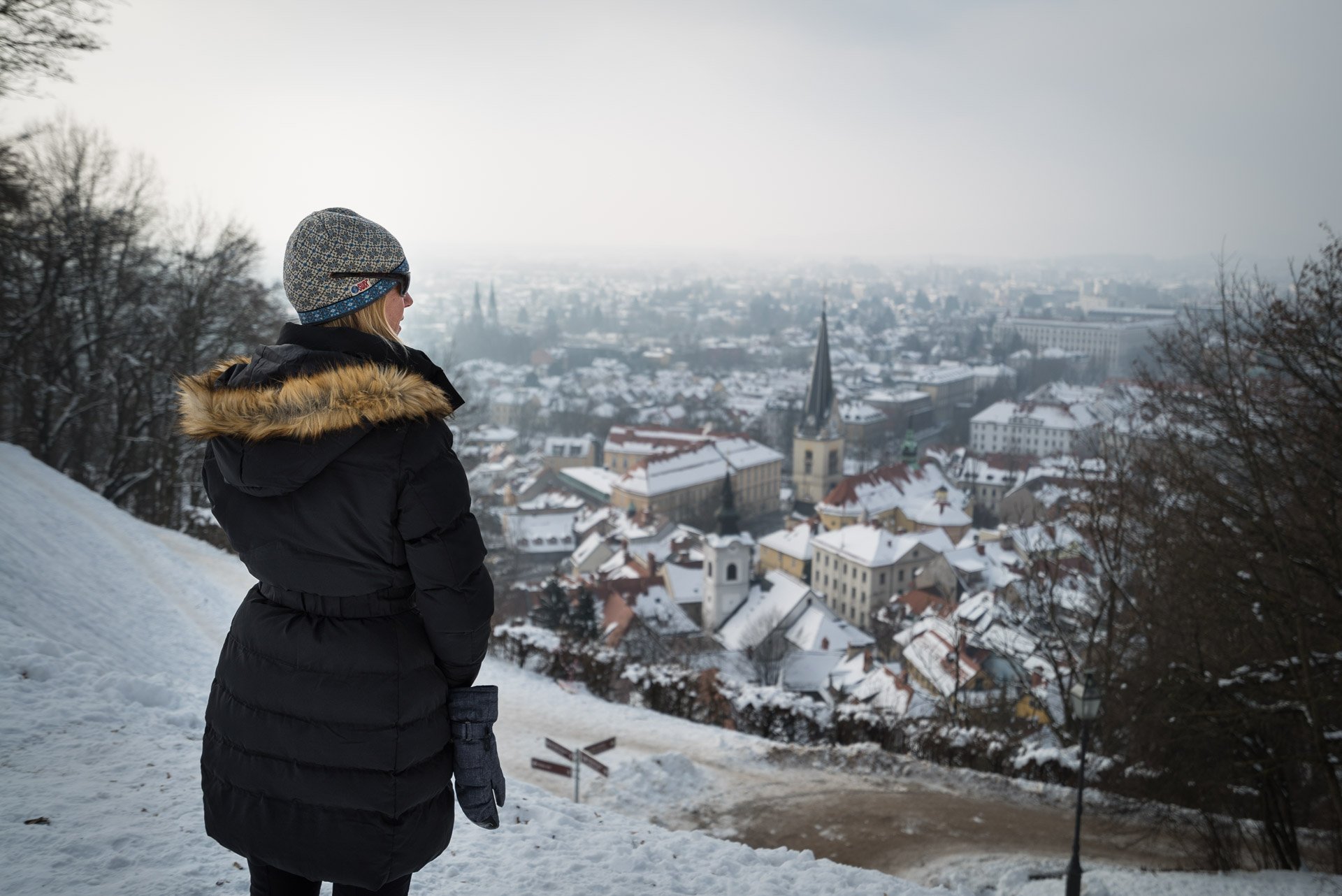 What’s the capital of Slovenia? The difficult to pronounce, Ljubljana. Actually, if you just think of the “j” as sounding like an English “y”, you’ll get it. Lube-lee-yanna

For things to do in Slovenia, Ljubljana tops the list of destinations. It is a charming city with a population of nearly 300,000 people.

Ljubljana, Slovenia is the cultural, educational, economic, political, and administrative center of the country. Thanks to its central location, it’s also a transportation hub. It’s about halfway between Venice and Vienna and is influenced by both Austrian and Italian cultures, as well as Hungarian.

All kinds of Slovenia tours leave from this city, so it’s a great place to have as a base for exploring the country.

Check out and book my favorite day tours from Ljubljana here:

Powered by GetYourGuide. Become a partner.

More on what to do in Ljubljana in these posts: 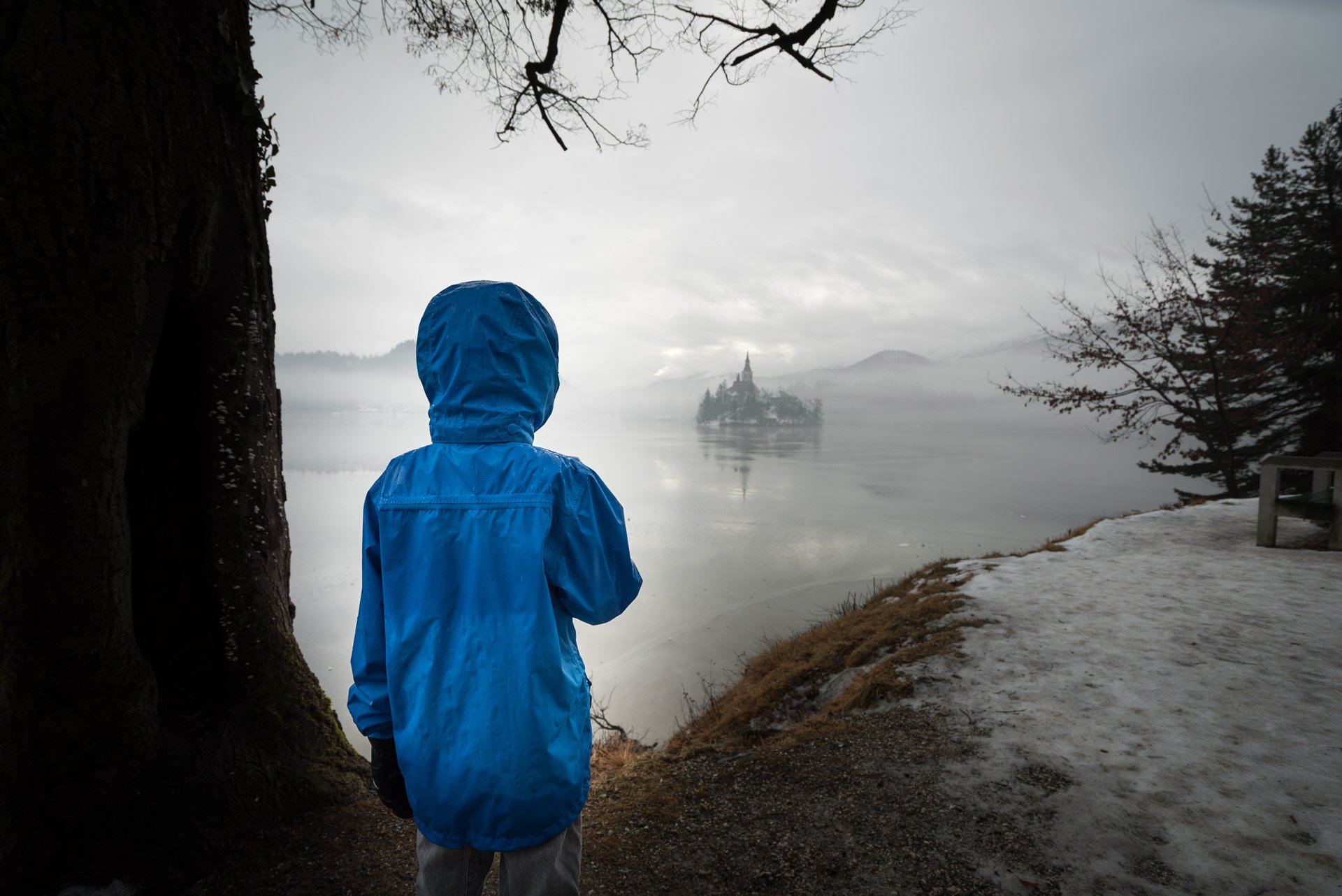 Lake Bled tops the list of beautiful places in Slovenia. It’s nestled in the Julien Alps, an iconic island with a church floats in the middle, and a castle towers over it all. We were even able to ice skate on Lake Bled while we were there. Lake Bled is the “Slovenia lake” that people talk about.

More on what to do in Lake Bled in this post:

Lake Bohinj and the Bohinj Valley

When you visit Slovenia, you will probably want to visit Bohinj. People talk like it’s a town, but Bohinj is a lake and a valley, with several towns included. The Slovenia mountains – the Julien Alps—are gorgeous here.

Both Bohinj Lake and the Julien Alps make the Bohinj Valley a perfect recreational hub. It’s close to Lake Bled and both places can be visited in one day. We spent four nights in the two areas and could have spent a lot more time there, so don’t feel like there won’t be enough to do.

See where we stayed in Bohinj here.

Some of the best of Slovenia can be found underground. Thanks to the karst landscape (limestone!) there are so many caves in Slovenia, and many of them are commercial. As far as Slovenia points of interest go, a cave visit needs to be on the list.

Most of these caves can be visited in a day from Ljubljana, but we like to take our time. We spent two days and a night at Postojna Cave and had a blast.

Check out the latest prices and best deals at Hotel Jama (where we stayed).

The Škocjan Caves are another set of amazing-looking caves. I also like their logo “In the bosom of the Classical Karst.” Slovenes are so poetic (and proud of their poetry heritage). Skocjan Cave is on the list for our next visit.

Pekel Jama (Hell Cave) is known for its waterfalls.

Snežna Jama (Snow Cave) is at a high altitude and known for snow and ice features. 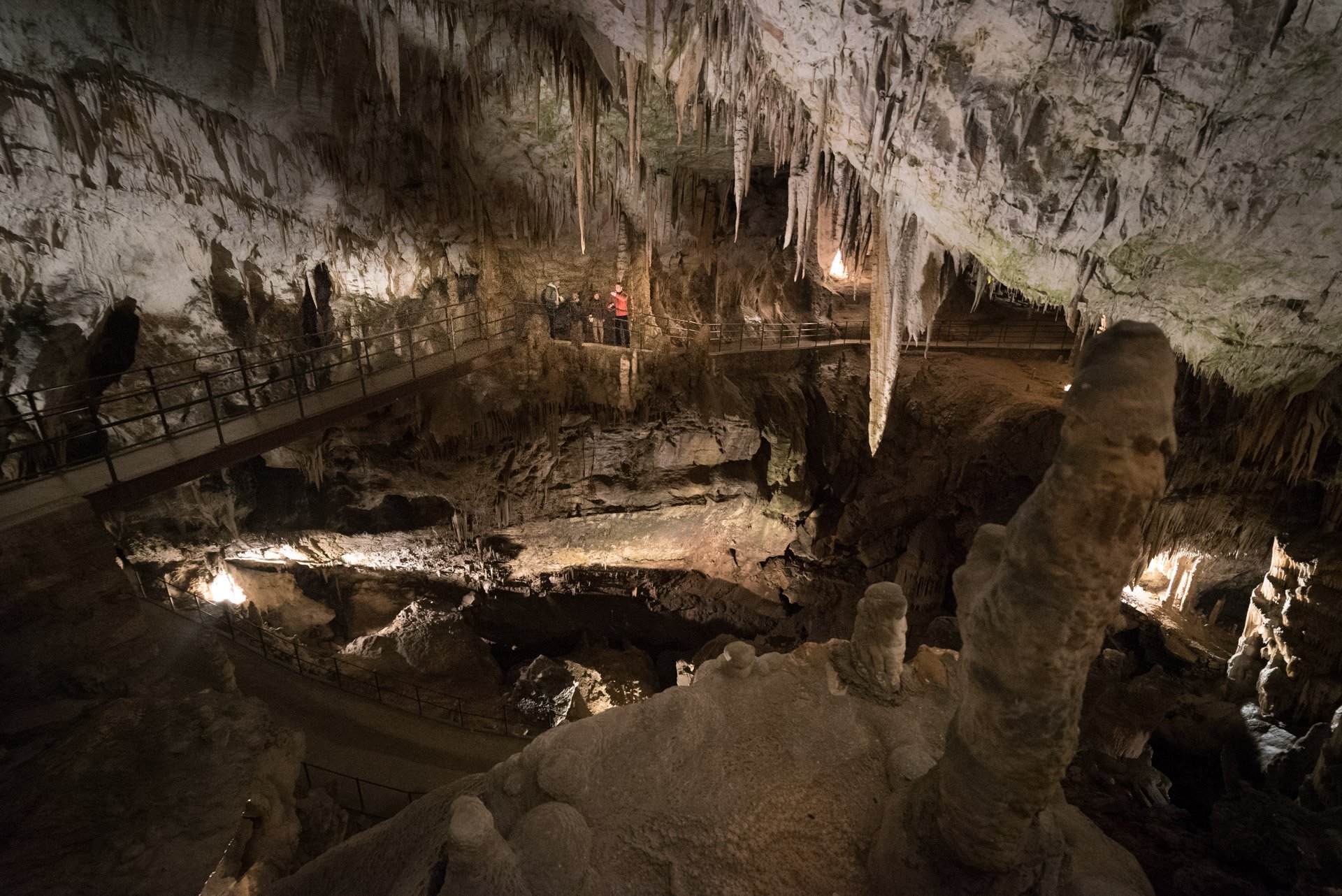 I do wish we had made it to the Soča Valley, although I think it’s even more beautiful, if crowded, in summer. The turquoise River Soča runs from Triglav National Park to Nova Gorica in the Julien Alps. There are a lot of extreme sports taking place there, like white water rafting, kayaking, paragliding, and canyoneering, but it’s also ideal for hiking, horseback riding and fly-fishing.

It’s not all fun in the Soca Valley, you can see a memorial for the some of the bloodiest battles of WWI that took place there, including the largest mountain battle in history during World War I. Walk along the Path of Peace that connects the memorials and keeps the stories from WWI alive.

Find the best prices on lodging in Bovec here.

Slovenia just has a tiny sliver of ocean-front property and the most popular town to visit there is Piran. The town juts out into the Adriatic Sea and the streets are lined with Venetian style buildings. You can even take a ferry to Venice from Piran (see the Slovenia Travel section below). Rick Steves says you can skip Piran, but that’s for you to decide.

Get more of Rick Steves’ advice when you buy his bookRick Steves Croatia and Slovenia.

Where to Stay in Slovenia

Slovenia hotels are generally nice and clean. Everything from hostels, to house rentals, to B&Bs, to nice hotels, are available. I’ve included where we have stayed and/or where I recommend you stay in each subsection.

Check out the best hotel reviews and hotel deals at TripAdvisor

It is really easy to travel in Slovenia. We stuck purely to trains, buses, and the occasional taxi, during our month in the country. That said, there were a couple places I would have liked to get to that were challenging via public transport. Next time, we will rent a car for a few days.

Slovenia tourism works hard to make sure you get to see the most beautiful places in Slovenia including, Lake Bled, Vignar Gorge, Ljubljana and some of the caves. From Ljubljana, there are a ton of day tours –one of the advantages of being such a small country is that you can see so much in such a little amount of time. 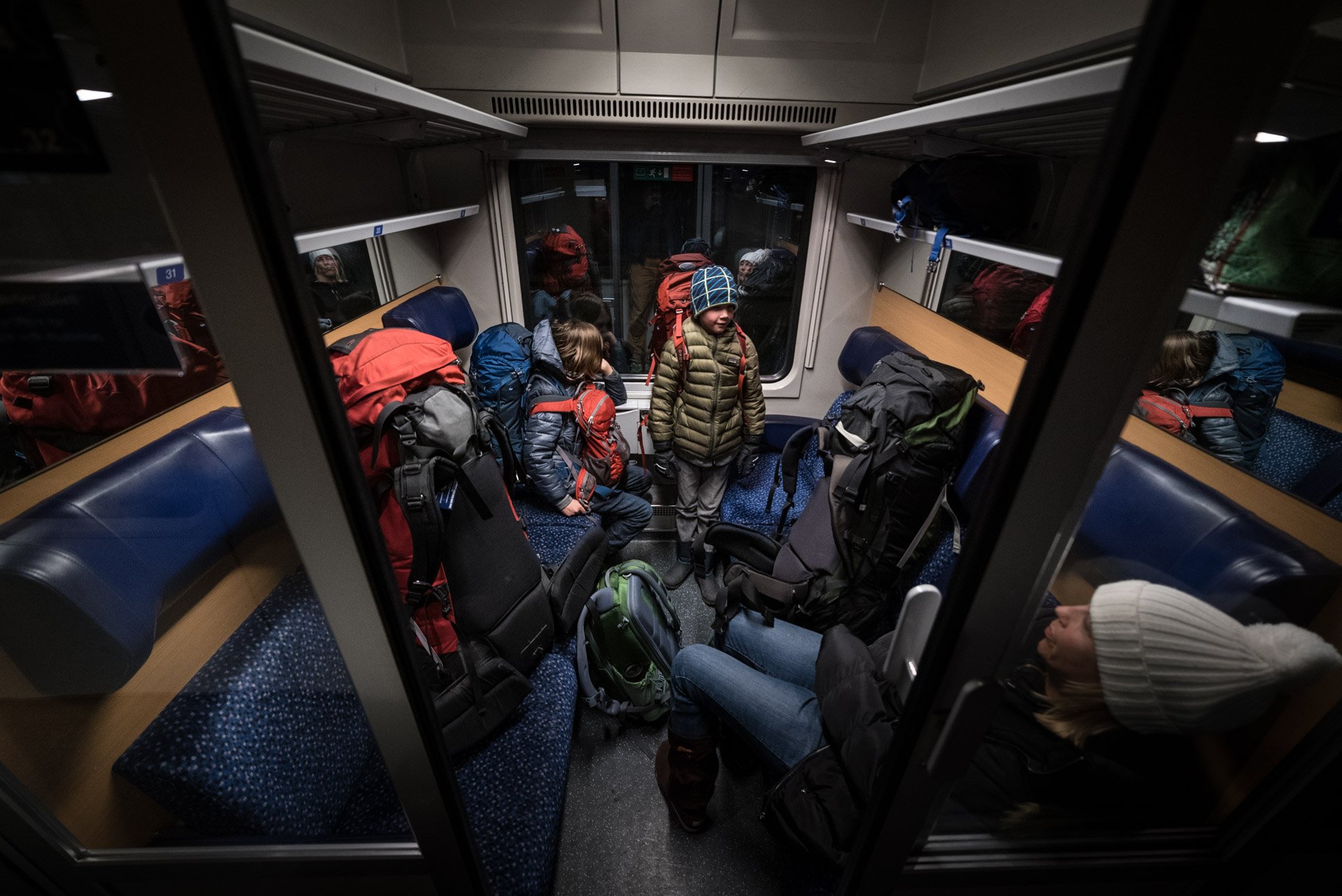 When we left Slovenia for England, we flew out of Ljubljana, as it was the cheapest way to get there. The Jože Pučnik Ljubljana Airport is about 40 minutes from the city center. You can take a bus to the airport or a taxi. It was almost as cheap for the four of us to take a taxi and a lot easier logistically.

When we first arrived in Slovenia, we came via train from Austria. There are several ways to get there, depending on where you are coming from. Since we were coming from Austria, we used ÖBB train app. It’s super convenient, except you have to either print your tickets or pick them up at a station. My favorite resource for train travel in Europe is The Man in Seat 61.

You can easily rent a car in Slovenia and the motorways are modern and well signed. Be sure to check the rules (there is a permit/fee you have to pay to use the motorways), and whether you can take the car out of the country or not.

You can take the fast ferry from Venice, Italy to Piran, Slovenia. It’s a three-hour ride. Check the schedule ferry schedule as it changes from time to time. Direct Ferries also books crossings from Venice to Piran.

The easiest way to figure out which train you want within Slovenia is to walk over to the train station and ask. In Ljubljana, the train and bus station is one in the same, so it’s easy to get where you want to go. Or find timetables and book online: Train timetables.

Ljubljana is a hub for buses, as well as trains, in Slovenia. Check out the Ljubljana Bus Station site for routes and fares. We took the bus to both Lake Bled and Postonja Cave and found it easy and comfortable: Bus timetables

As part of your Slovenia vacation you may want to add a trip to Croatia, especially if you are looking for waterfalls or a gorgeous coastline. Lucky for you (and me!) I spent a month there and have several ideas about what to do in Croatia.

If you need even more resources, here are three books I like that you can get on Amazon. 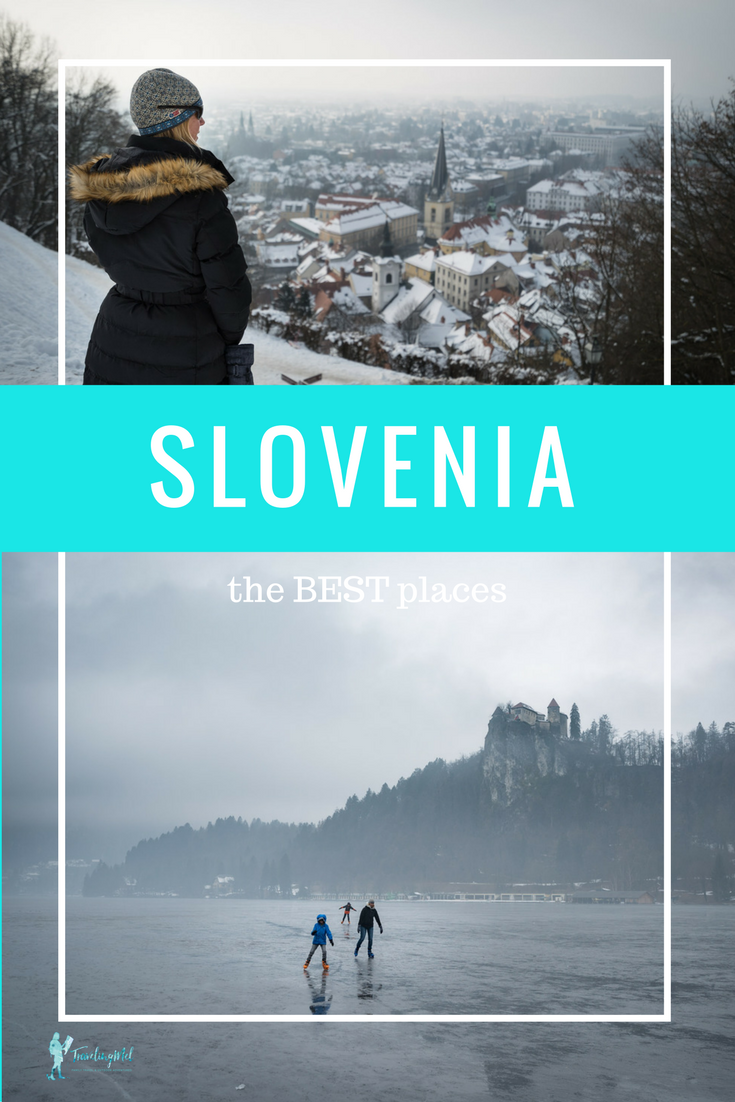 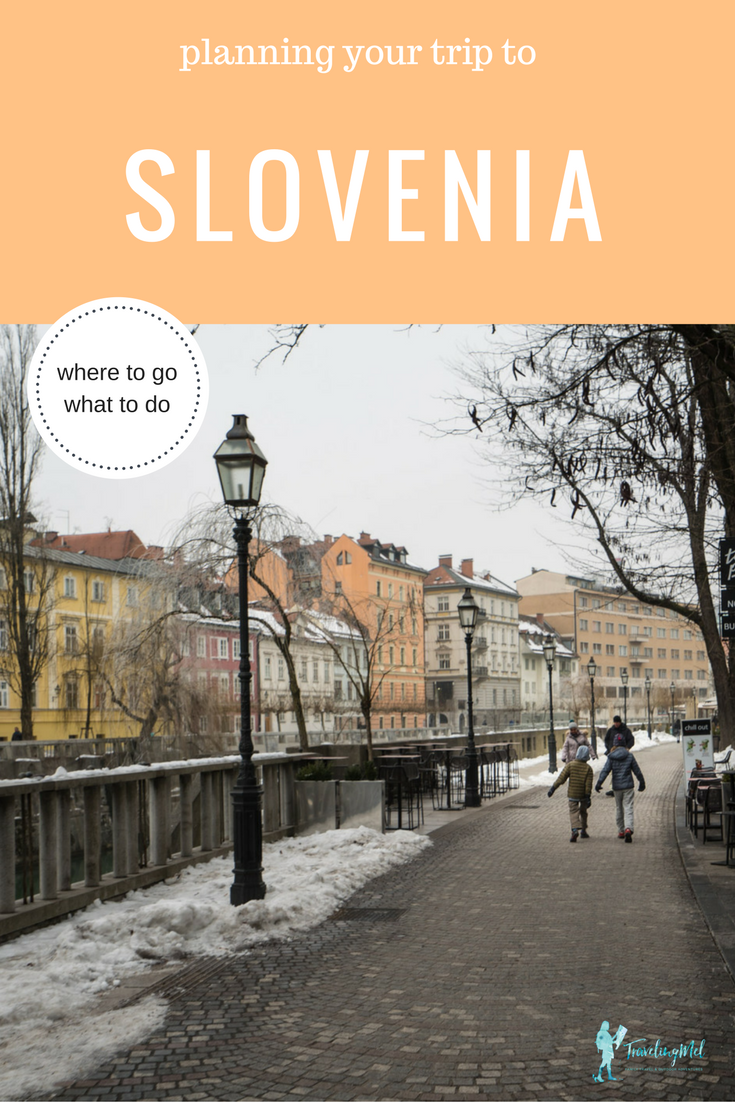 4 thoughts on “The Best Things To Do In Slovenia: what to see, where to go”