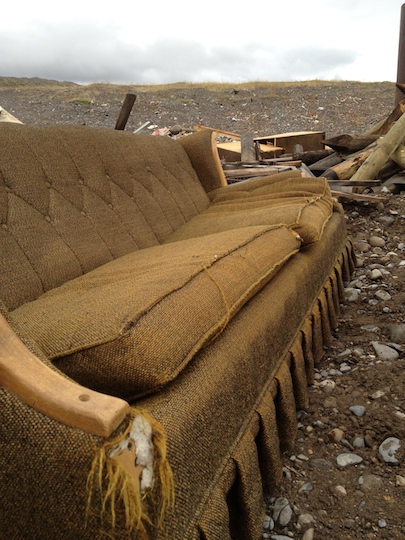 On a winter’s day many years ago, Rigby and I were driving to the golf course for an after work skate ski. That was the kind of thing I used to do before I had kids. I pulled up behind a truck with a green, tweed couch in the back. I started to think how that style of couch would look pretty great in my house.

Then I realized my good fortune, the couch was headed to the dump. I followed the driver. The dump was closed, so he pulled over to turn around and I flagged him down. He was more than happy to give me the couch, which I then realized had no back legs and a big ol’ cat scratch on one arm.

This year, the couch started to show some real wear. The cushions were thread-borne and big clouds of dust arose whenever one of the kids jumped on it. It was probably more than dust. 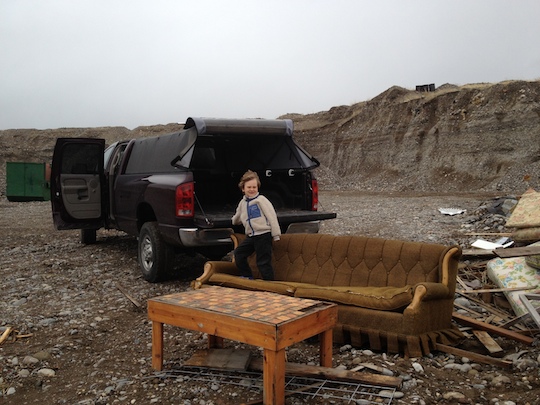 When we were in Provo, we made a stop at nearby Ikea. It was the first time Henry or I had ever been to Ikea and it was intense. We were picking up items for several friends, so we had to find that stuff, plus the couch we had looked up online. I just kept asking for help; that place is insane. The boys (and their parents) loved the one hour of free childcare, and we eventually figured out the system enough to come home with a fancy new couch. A sofabed, even. 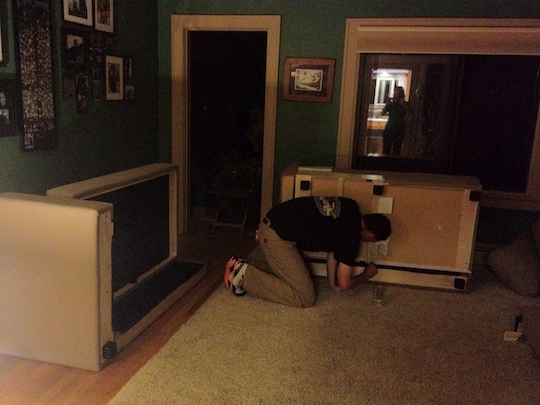 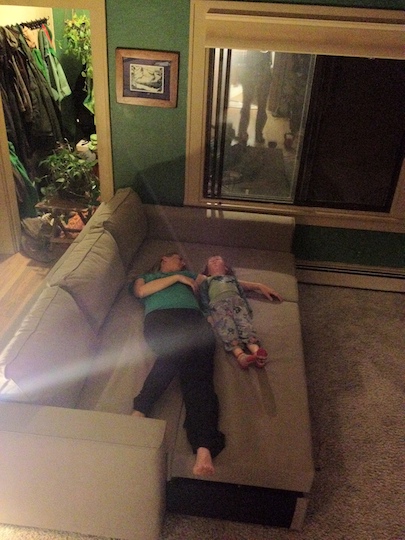 Finn just couldn’t sleep, so he watched us assemble the couch then gave it a test drive. 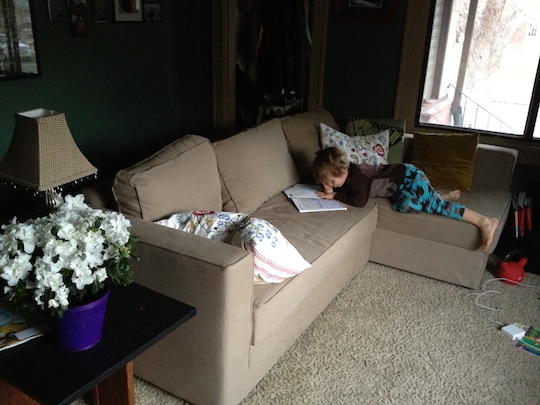 Set up and in use.

And now you just read a whole post about how we bought a new couch.