After finishing my work at the Bozeman Classic on Saturday, I met up with Henry and Anders and we walked down to the Sweet Pea Children’s Run.

This is a 1K fun run that takes place on Main Street. About 1,100 kids–plus their parents–took part in the race this year. Anders ran a little more than half of it and relaxed in the stroller for the rest.

While our time was a bit slow (around 25 minutes) Anders had a great time. He ran, he stopped and clapped for the spectators whenever they clapped for him, and felt free to rest and take water breaks as needed. 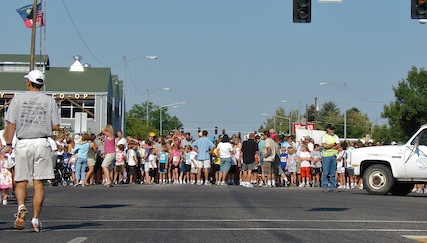 1,100 kids and many more parents line up at the start of the run. Big kids (12 year-olds) start in front and strollers are relegated to the back. 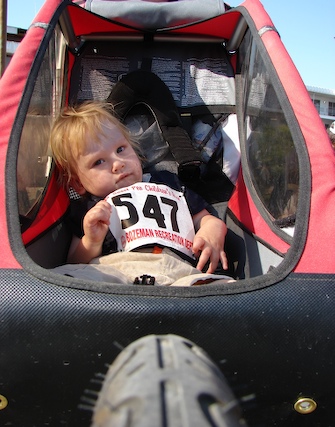 Anders psyches himself up pre-race. 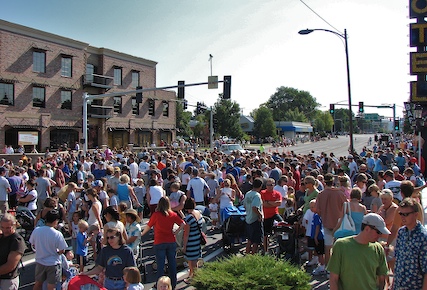 Some of our competition. 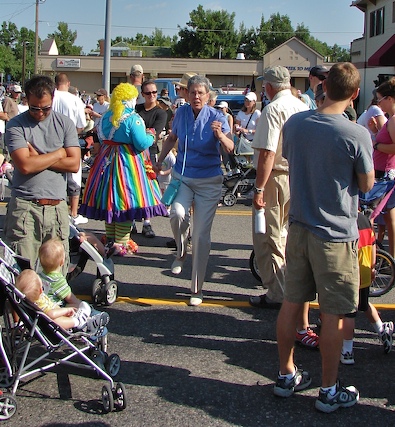 Mogie sprints towards our competitor. 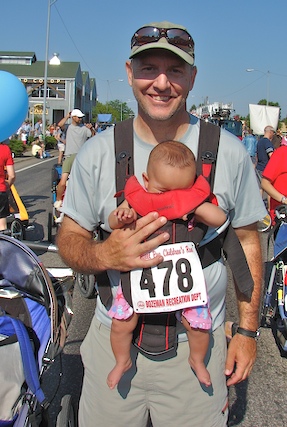 Our friend Andy tries to figure out how to use the Baby Bjorn. This is the second time today that this poor baby has been incorrectly stored in the Baby Bjorn. 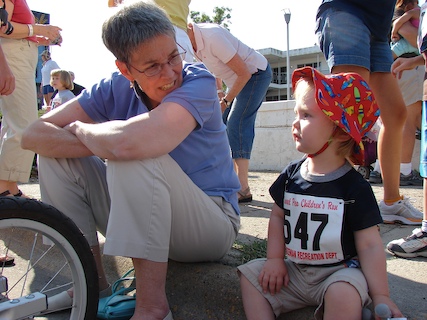 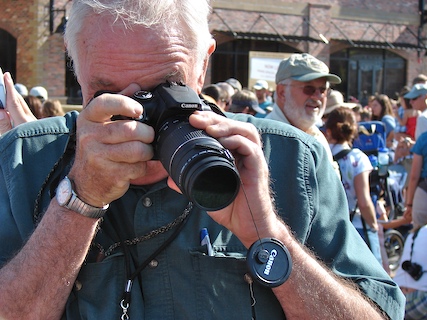 The paparazzi are constantly stalking Anders. 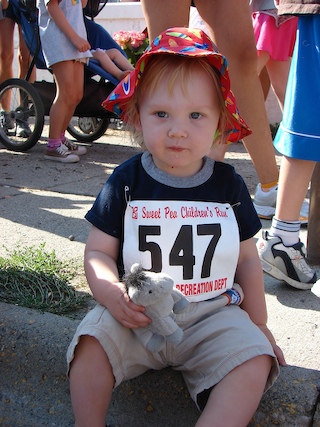 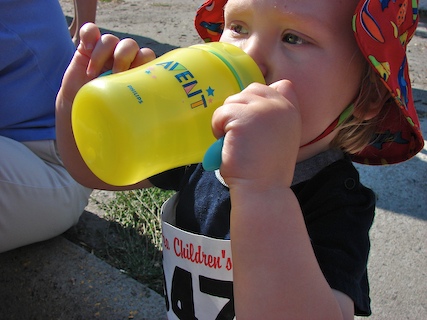 You can’t go wrong with an oxygen and hydrogen energy drink. 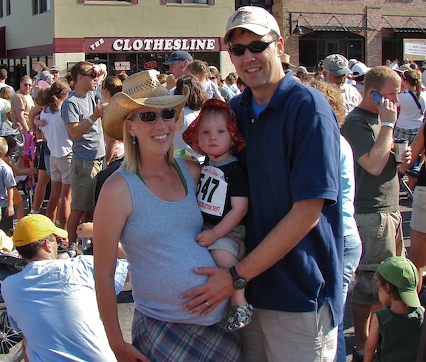 Team SLOW at the starting line. 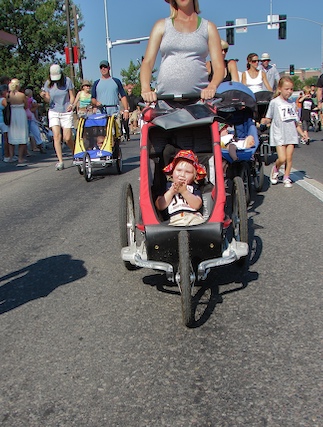 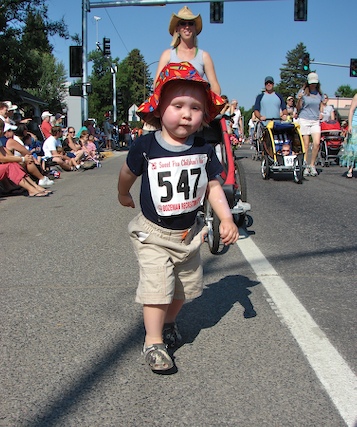 …and he’s out of the Chariot and running his own race. 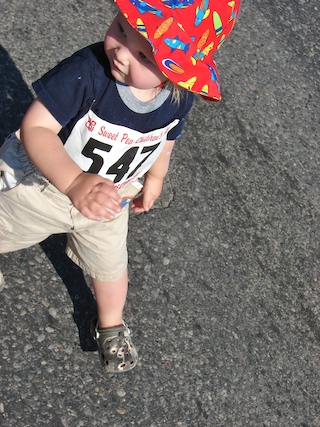 Checking out the crowd. 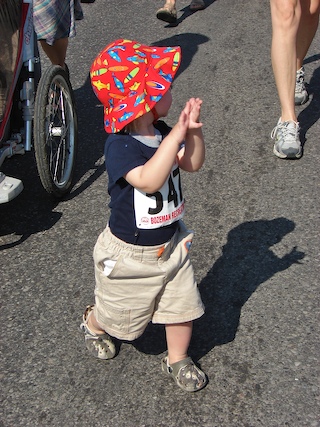 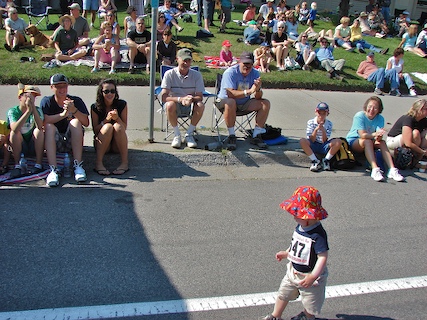 The crowd roars as Anders flies by. 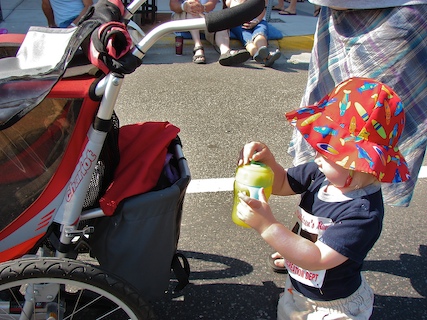 Time for a mid-race drink break. 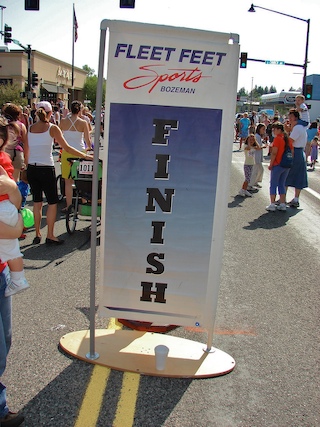 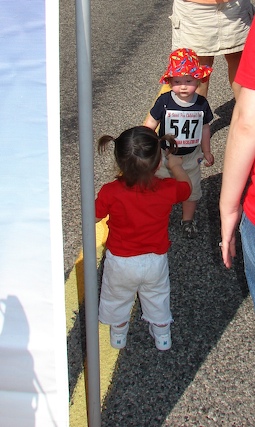 A competitor tries to block Anders from finishing, but he will prevail… 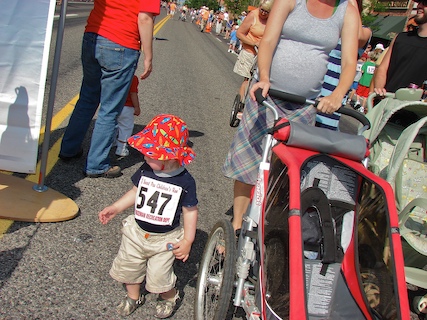 …and we cross the finish line! 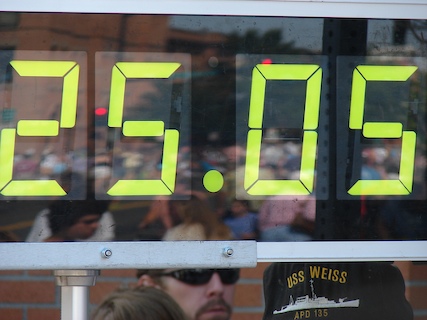 It’s only been 6 months since he started walking and Anders makes a P.R. in the 1K. Next year, with 1.5 years of walking and running under his belt, he plans to try to shave several minutes off his time.

The parade immediately follows the kid’s run, so after finishing we found a place in the shade and watched most of the parade. The theme was fairy tales. I wanted to be Sleeping Beauty. 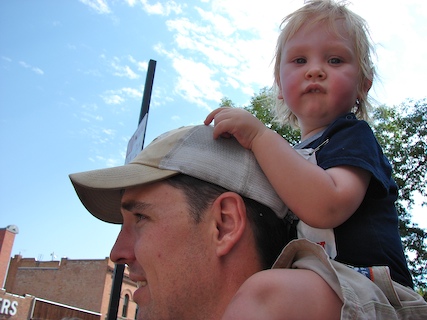 Anders finds the best seat around for parade viewing. 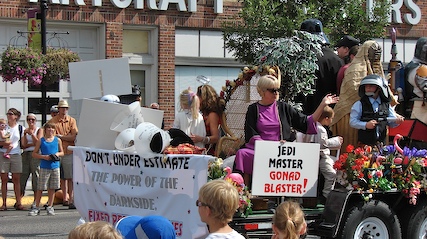 The local animal shelter can’t make too fine a point on their stance about fixing your pet. 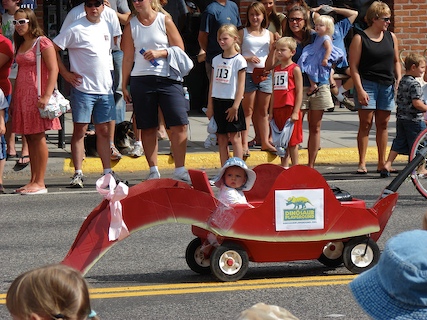 The only thing that could make this Museum of the Rockies float cuter is if Rigby were riding with the baby. 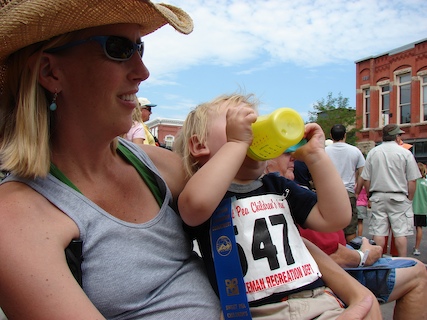 This kid drinks SO MUCH WATER! Check out his sweet blue ribbon. 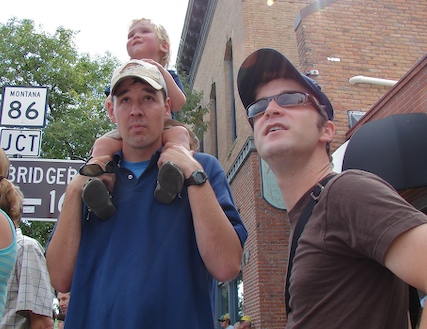 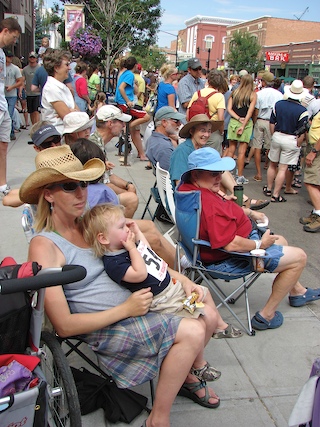 I didn’t know whose chair this was, but I’d been up since 5am and figured no one would kick and obscenely pregnant woman and her kid out. 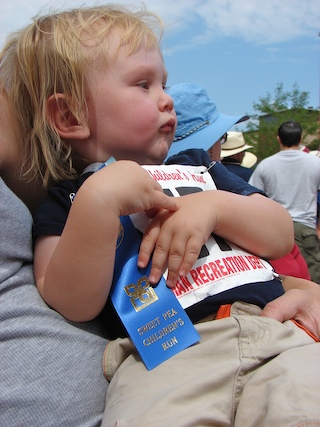