A few random photos from the last week or two.

The boys tend to get in each others’ faces a lot. And by that, I mean they fight. Usually over stuff. Even if we have two of the same thing they fight over it. It’s not constant, but it is often. When we are out of the house, all is well. That’s why I take them into the woods all the time. Everyone gets along on the trail.

Just when I think I am going to blow a gasket, they totally prove me wrong. Just the other day I caught them holding hands while watching a video clip on my computer. I’ll keep them for another week. 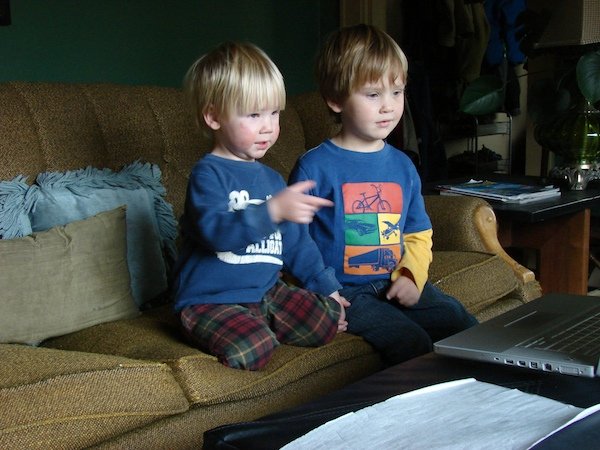 The sweetest boys in the world.

I don’t know what’s in your dishwasher, but here’s what’s in mine. 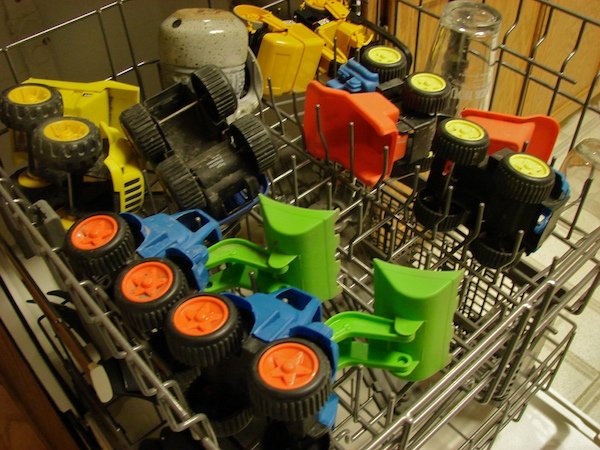 Typical Montana scene during hunting season. Or any season. 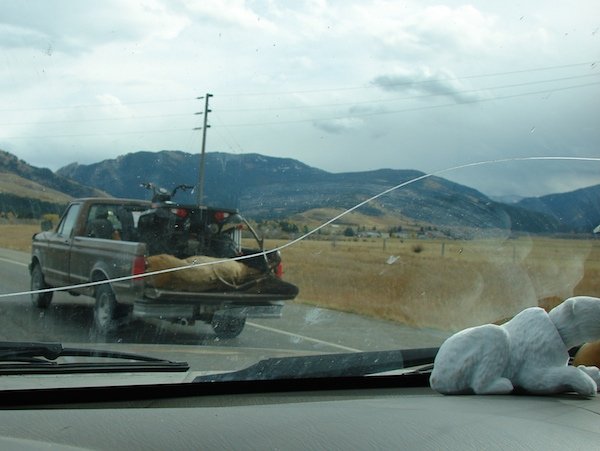 Anders has turned into a hard core hiker. You’ll hear more about that in future posts. Yesterday we hiked up the “M” trail in Bozeman. The 1.5 mile trail climbs 850 feet to the bottom of the “M”–a 250-ft long letter made from whitewashed rocks built by students from Montana State University in 1915. It is maintained every year by students.

By anyone’s standards, it’s a steep trail. Back when I was in shape, I could cruise up and down it in 50 minutes. It took Anders and I (and Finn on my back) almost two hours to get to the top–but we did it. Then, Anders practically ran down the mountain. 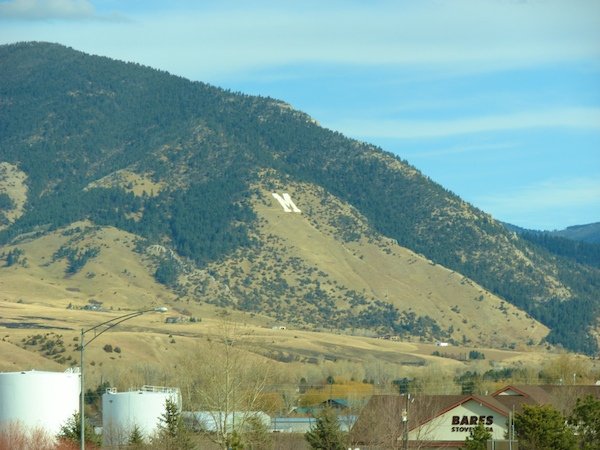 I made this sweater for Anders. When I finished and showed it to him, he said, “Maybe that should be for Finn.” 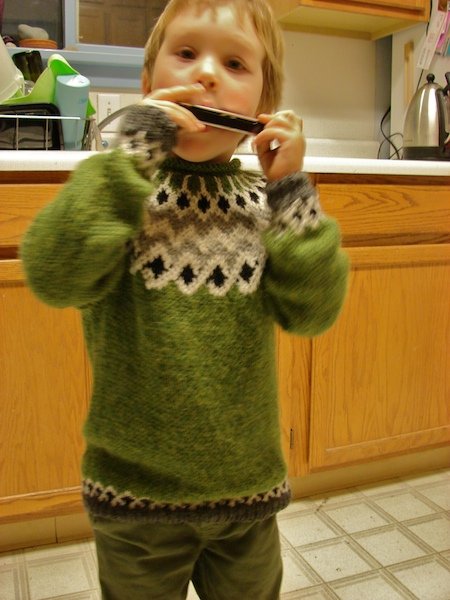