Henry has been posting about all the sparring bears he’s seeing. He’s been driving the Polar Bear Cam a bit and making sure that anyone who can log on to the Internet can also watch the live action. It’s just like being on the tundra. Except you are at home sitting in front of a computer.

He’s not the only one who had been watching big males spar. We caught this action on film right here in Montana. 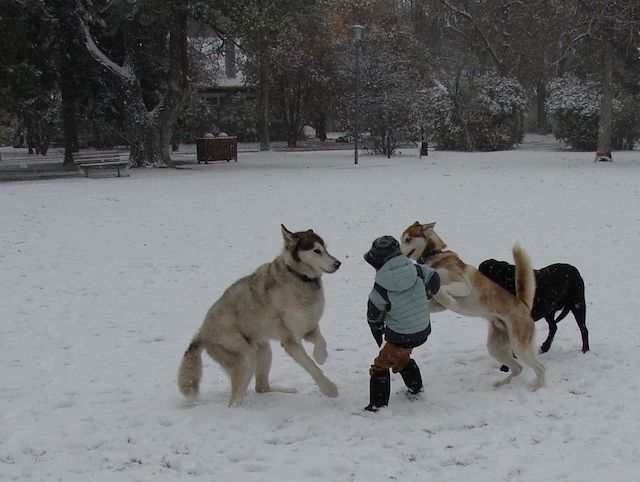 You don’t have to be in a Tundra Buggy to watch this sparring. But, you probably shouldn’t be as close as Finn is. 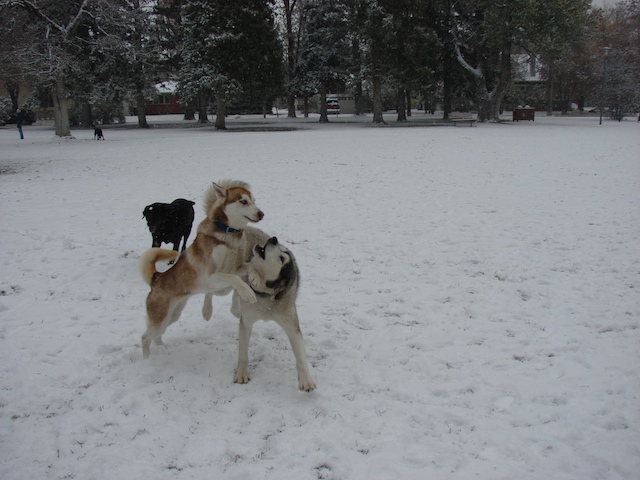 This one-year-old red head is trying to show up the old man. 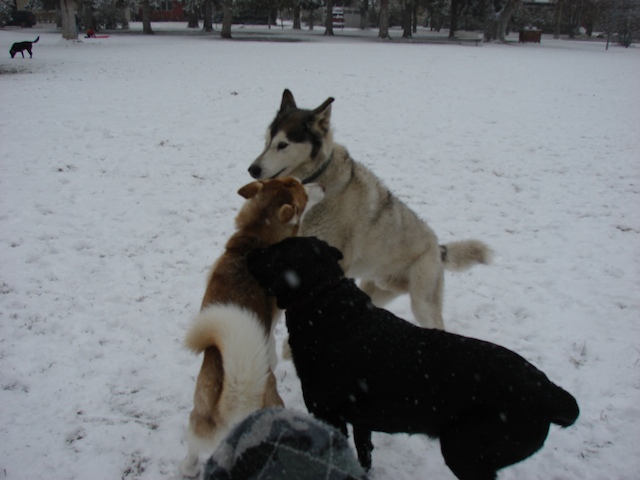 Somehow Rigby gets up on those weak back haunches. 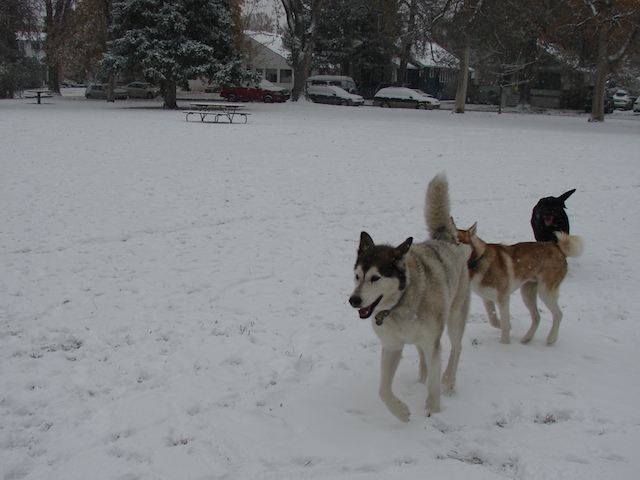 (In case it isn’t obvious, these dogs were playing and everyone had a good time.)