On the second of January I took my second solo ski of the week. (Here’s the first if you missed it.) H and I are going to try to give each other a day off every other week. I spent mine in Yellowstone.

I started on the Upper Terrace Drive and quickly turned onto Snow Pass Trail. 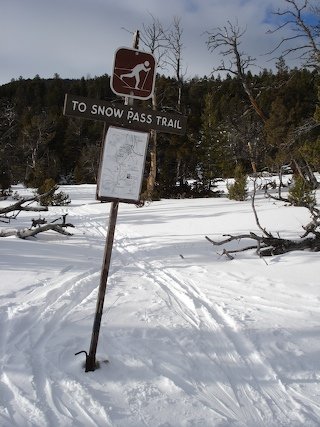 Leaving the Terraces to climb up to Snow Pass.

It’s a gradual and then steep climb up to Snow Pass starting out in junipers and quickly transitioning to the standard fare of Yellowstone”s non-lodgepole conifers (Doug-firs etc.). 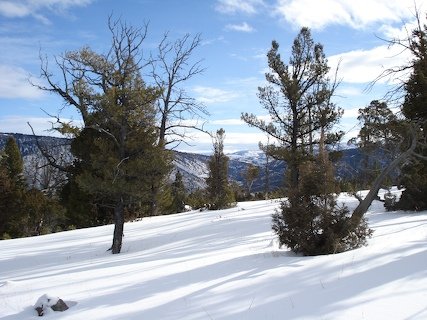 Looking up the Gardiner River. 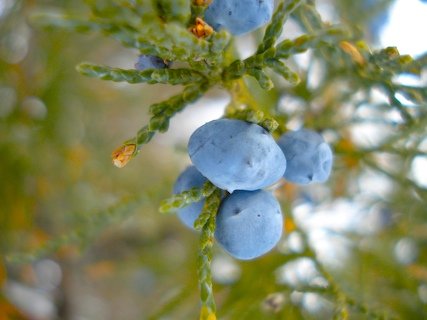 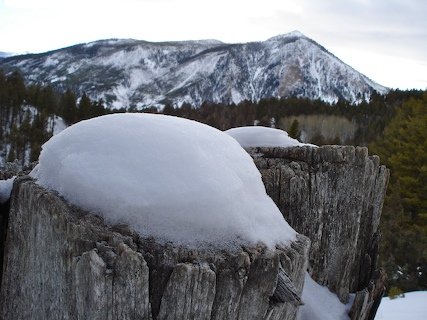 Bunsen Peak (named after the dude who invented the Bunsen burner). This one is the money shot.

On the last jaunt up to the pass I said to myself, “They should call this Herringbone Hill, gasp (suck air)”. The next day my friend Jessica said she calls it “Herringbone Hill”. So, we must call it that from now on. (The herringbone is a technique to get up a hill too steep for any other technique. You angle the tips of your skis out to the side, and press the inside edge of each ski into the snow as you push on it. It’s not that fun and best avoided if possible.)

There was a little downhill after the pass and then onto the flats. 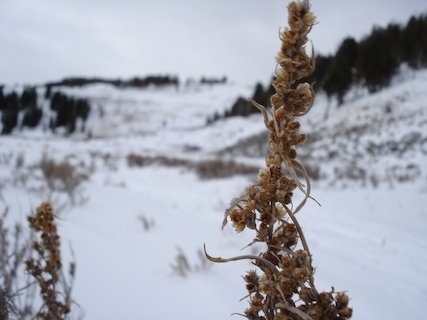 Over the pass and onto the flats. 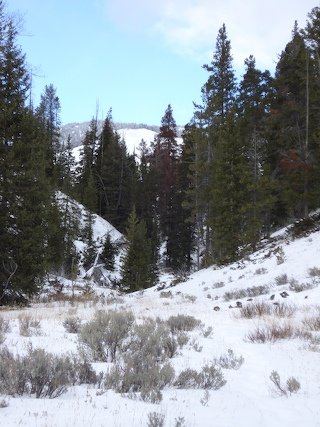 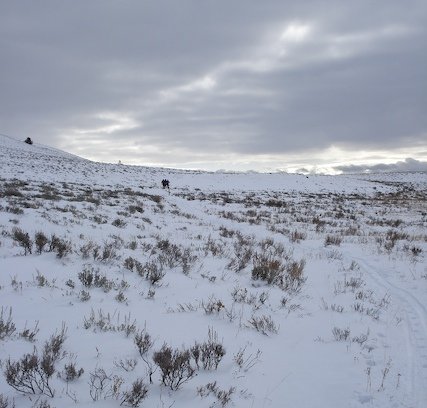 I kept racing up to these skiers and then stopping to take photos. It’s nice to have people in some of your photos and when you ski alone, you have to catch them sometimes. 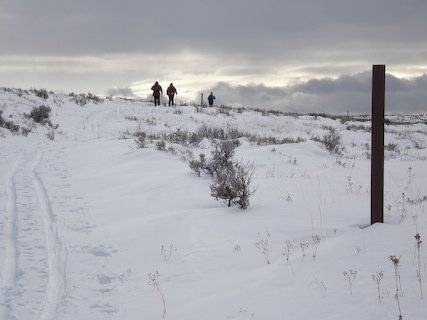 Now they crest the little hill and I have almost caught them! 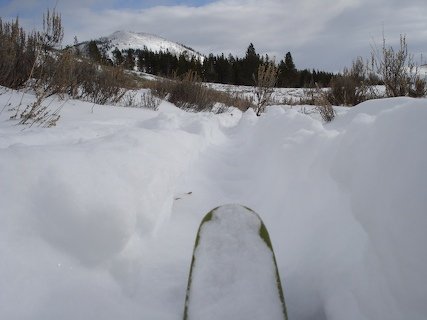 After I passed the other skiers I noticed there were coyote tracks (which didn’t photograph well) in the ski tracks for almost the whole ten miles. Cool.

When I got to the road, I crossed it and skied the Bunsen Peak Trail around the stand-alone mountain. 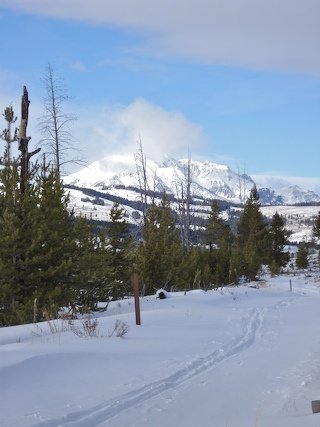 Looking back from the base of Bunsen Peak. 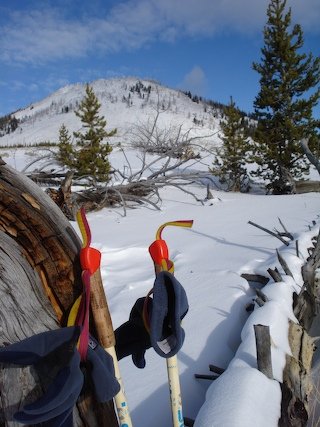 The other side (south side) of Bunsen. 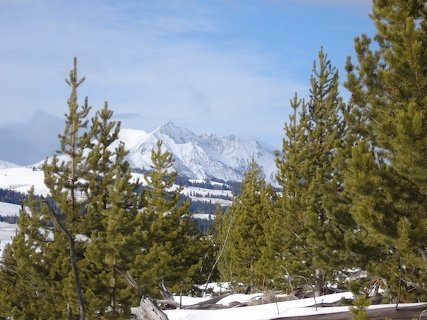 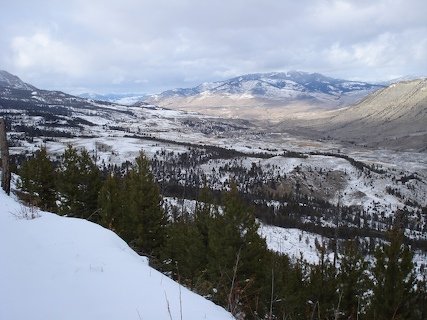 Now on the north side of Bunsen, looking toward–and over–Mammoth. 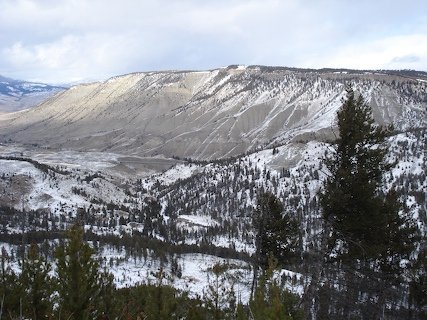 Mt Everts. Named for a half-blind guy that got himself lost in the park during the olden times. He lived. Barely.

After a few miles there is a big, long downhill (followed by a steep, short uphill) back to the road. My plan was to ditch my skis and hitch a ride back to my car. When I got to the trailhead, Jess (of the Herringbone Hill comment), Chris and the girls were there getting ready to ski. Jess gave me a ride to the car. Wasn’t that nice of her?

I just have to say that I LOVE skiing in Yellowstone.