For the third year running we took a little ski tour with our friends from the Sacred Mysteries Bookstore. David, the owner, gets a group together and I act as the unofficial guide (really I just ski…).

Last year we skied around the Mammoth Terraces in 0 degree weather. The year before, we skied to Tower Falls.

This year we skied to Tower Falls again. The weather was lovely, the bison were present and the falls were frozen over with running water behind the ice.

We started the day at the Boiling River and then met up with the other 6 folks at the Mammoth Hotel. From there we caravanned to the Tower Falls trailhead. Even though it hasn’t snowed in forever and there wasn’t much snow on the drive over, the trail was surprisingly good. it had just been groomed that morning and was lovely. 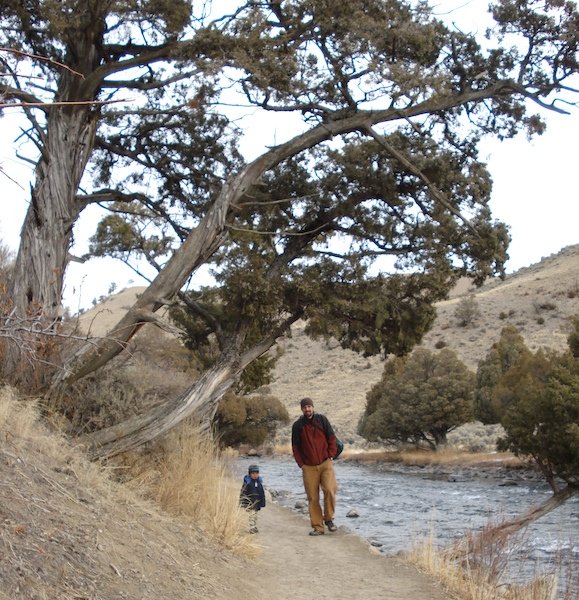 On the trail to the Boiling River. 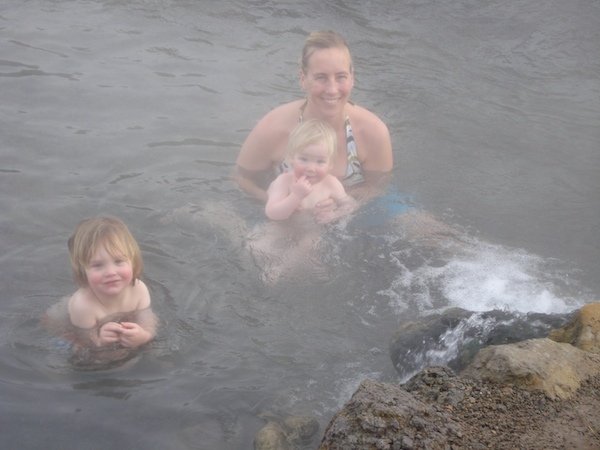 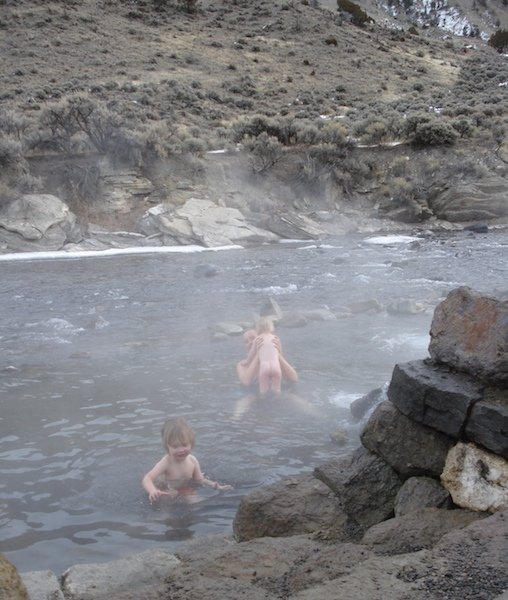 Finn is a naturist. 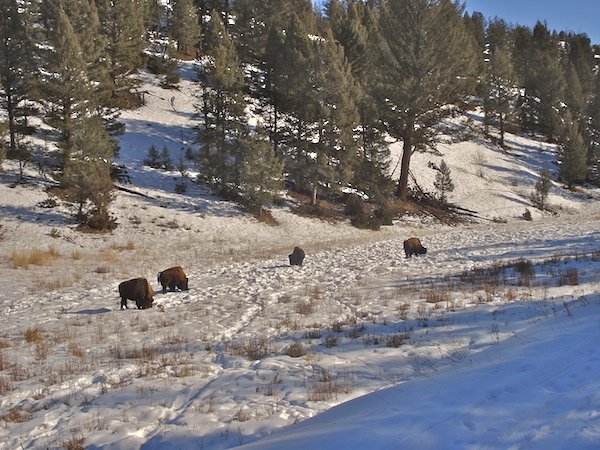 Bison along the trail. Skiing past them may have been the highlight of Anders trip. 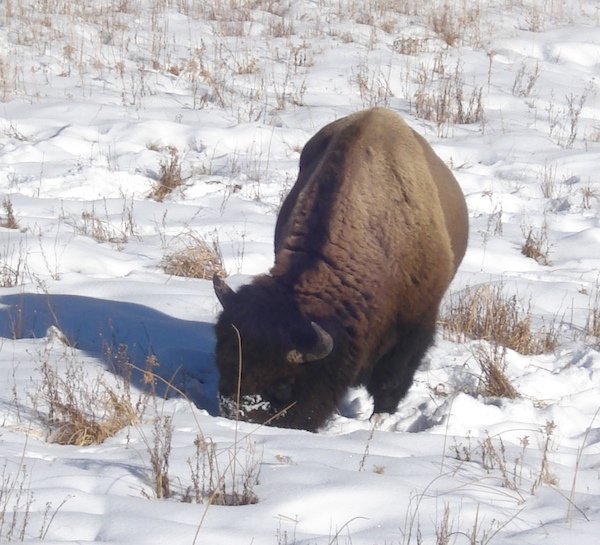 Looking for grass beneath the snow. 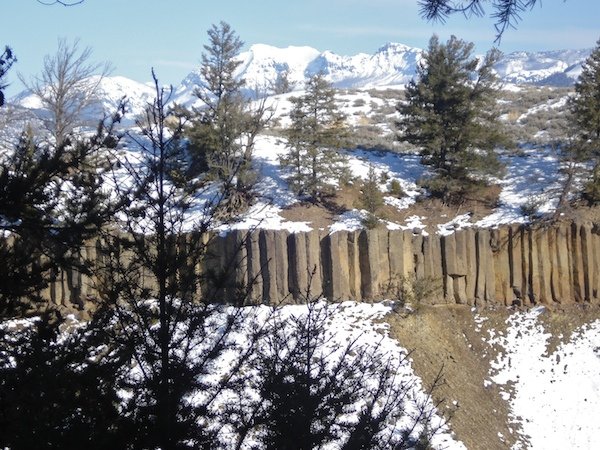 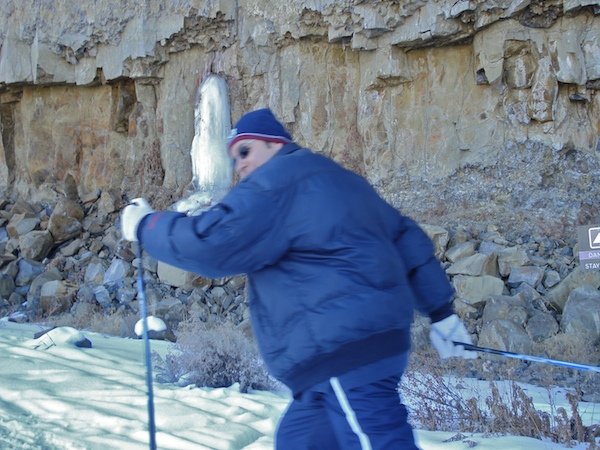 Armando skis past a frozen spring. 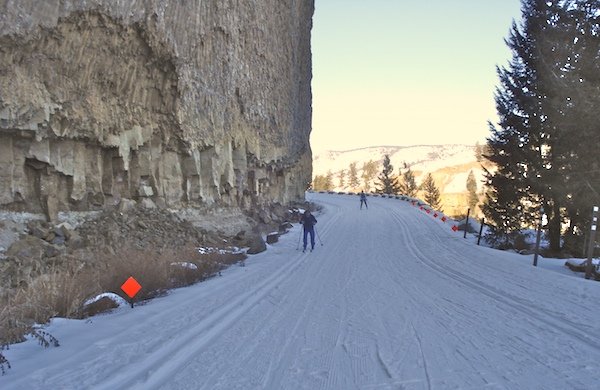 Richard, the Aussie massage therapist, coming down a hill. 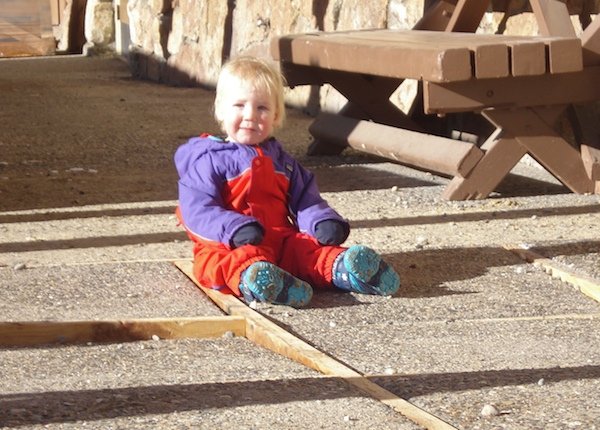 Finn takes a break in the sun at the Tower Falls turnaround. 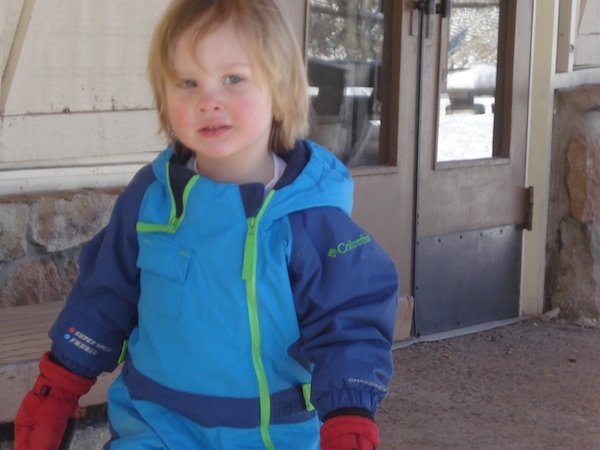 Anders, happy to get out of the Chariot. 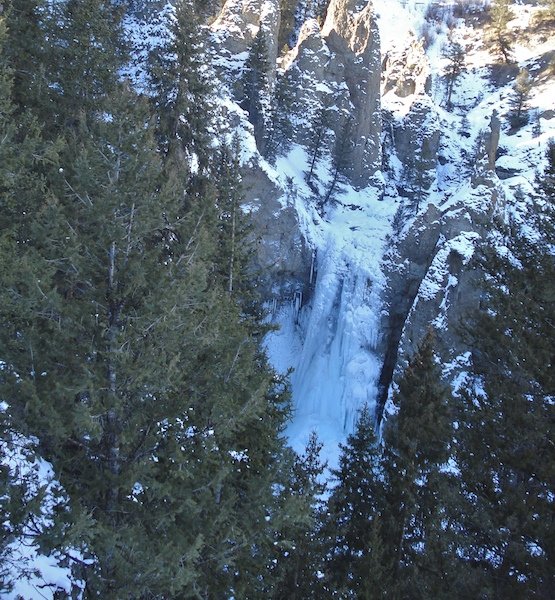 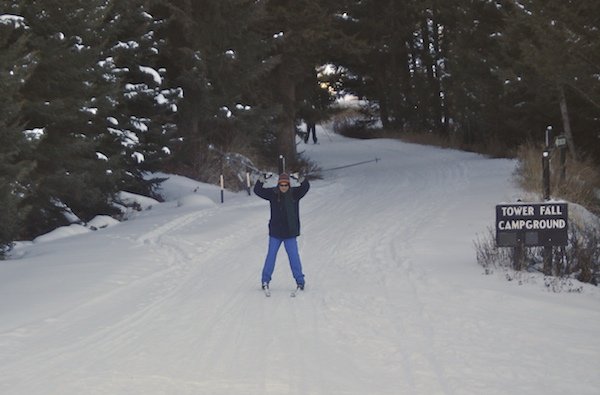 David coming down a hill on the Campground Loop that was steeper and longer (and more fun!) than it looks in this photo. 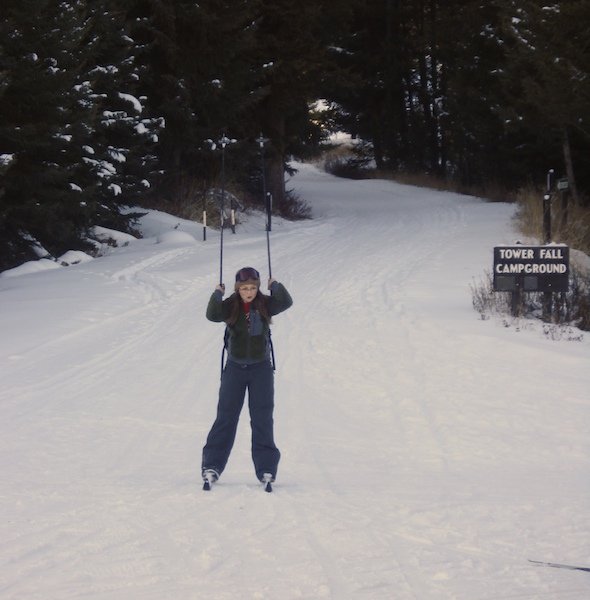 Erin makes it down the hill. 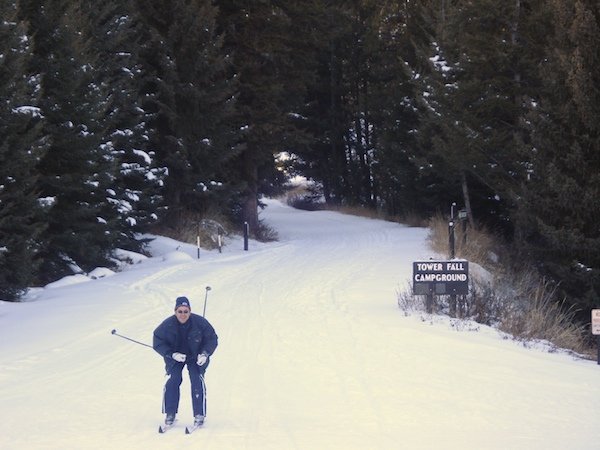 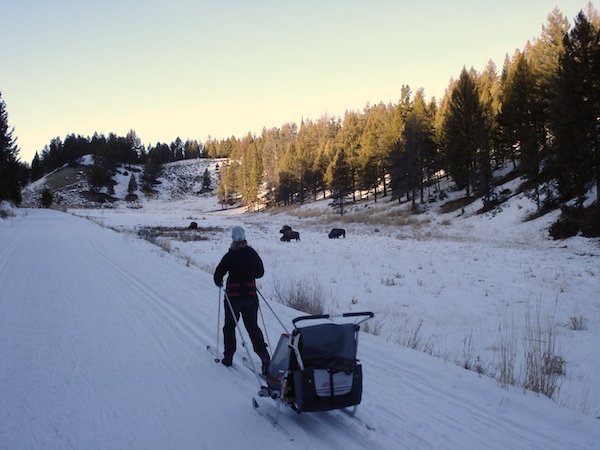 Passing the bison on the way down. 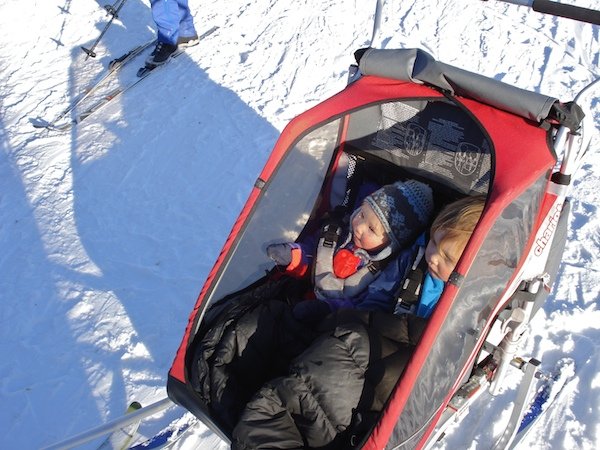 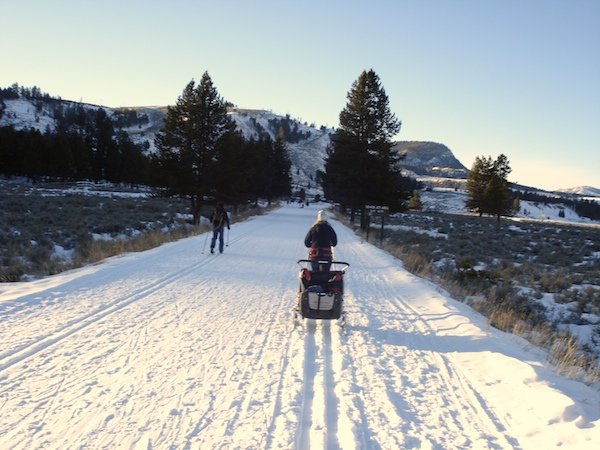 Almost back to the truck. 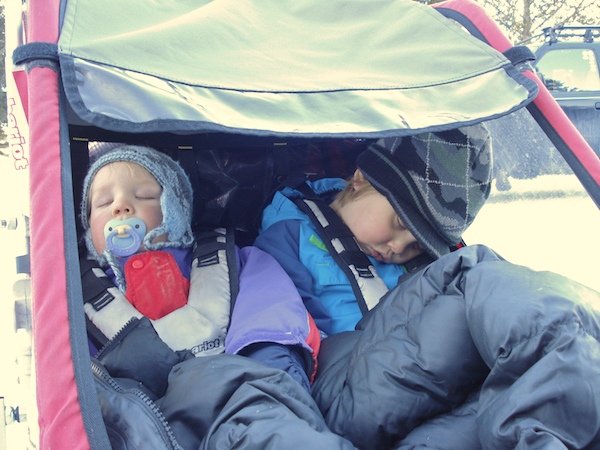 So sleepy from the ride. 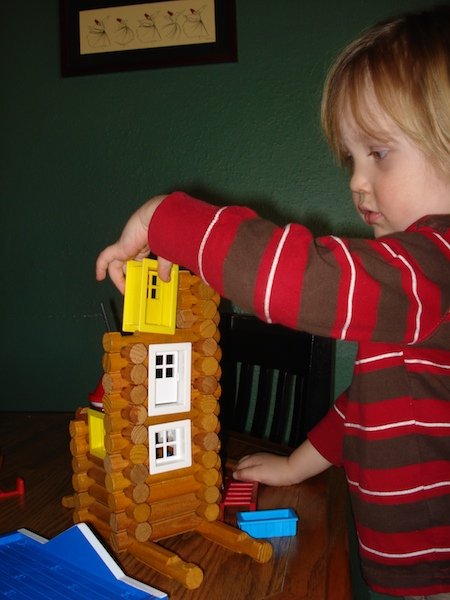 Hotel building. I just threw that in for fun.