A couple of weekends ago we went east to Butte, America. (Anyone who finds and buys me a “Butte, America” shirt will be my best friend forever–after Rigby). We went to see the National Folk Festival.

The National Folk Festival is a large-scale three-day outdoor event presented free to the public that celebrates the roots, richness, and variety of American culture. The National features a jubilant and dizzying program that includes music and dance performances, participatory dancing, workshops, childrens activities, regional and ethnic foods, storytelling, parades, craft exhibits and demonstrations, and more. The National brings a jubilant and dizzying feast of the deeply traditional folk arts that appeals to audiences of all ages at all levels.

We went thinking it would only be in Montana for two years, but turns out we could have waited until next year. Glad we didn’t, though, because it was loads of fun.

It didn’t start until 6 on Friday, but we left in the morning to set up our campsite at Homestake Lodge. This is a Nordic Center/mountain bike trails/hostel-ish place owned by my friends Mandy and Chris. There are hostel-style rooms with 8 or 12 bunks in the lodge, plus a huge dining room/fireplace/couch area and a kitchen. We set up camp in a meadow and were able to use the bathrooms and Lincoln Logs in the lodge.

First stop was the Granite Mountain Memorial. Basically there was a huge fire in the miles and miles of mine tunnels on June 8th, 1917. The fire took 168 lives, the nation’s worst hard rock mining disaster. 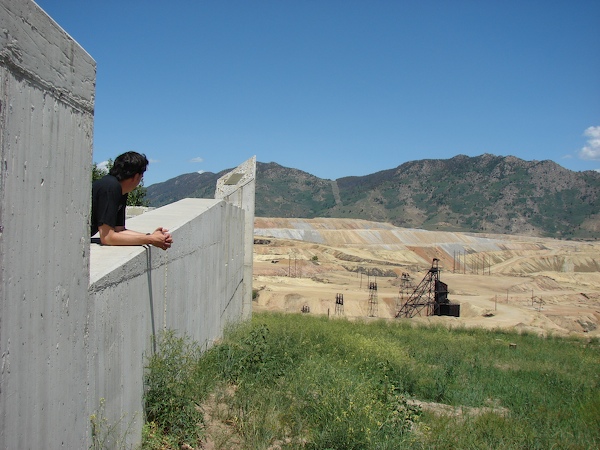 Looking out from the Granite Mine memorial into the current mine. 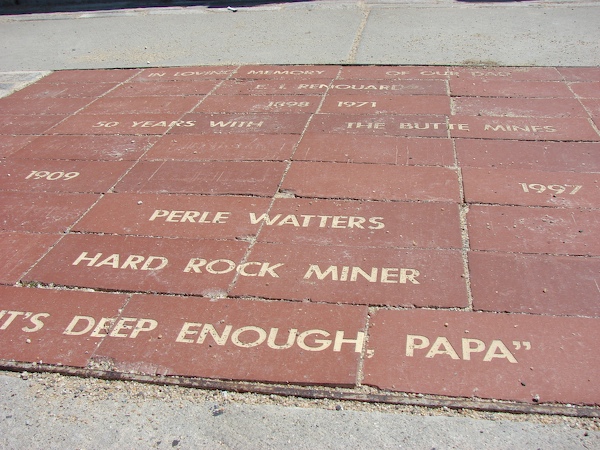 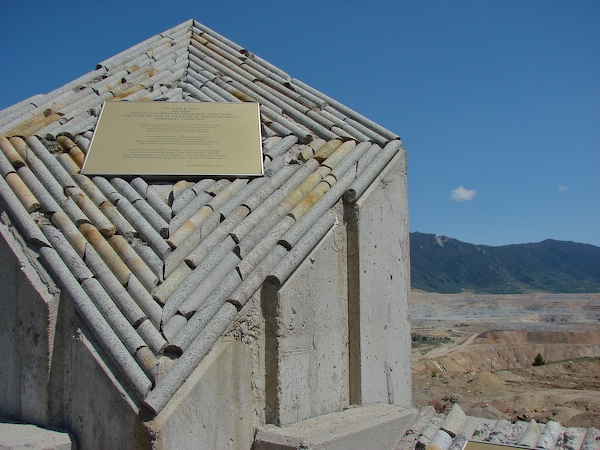 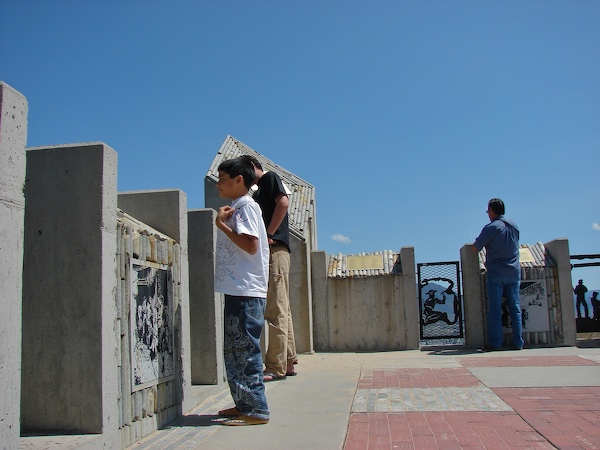 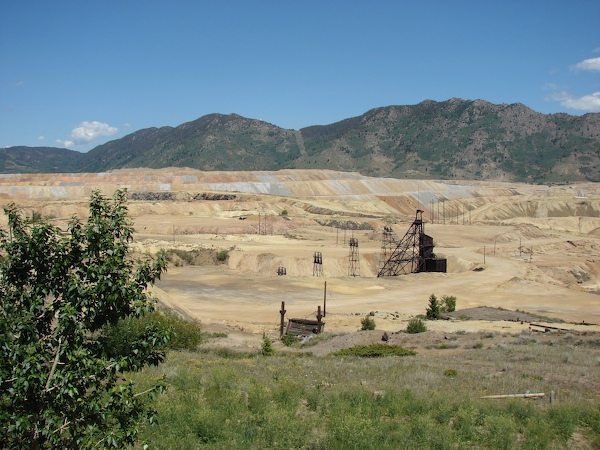 Montana Resources mine. Where copper is king (or at least it was).

The kids were still asleep in the car so we toured around a bit before finding a place to park. Butte is a strange town that seems out of place in time. You definitely get the feeling that it is a place whose heyday has passed.

I’ve been to a few places in Butte (such as the Berkeley Pit), but never walked around uptown.

After the memorial, we found a place on the lawn at the “Original” stage and watched the opening of the festival. 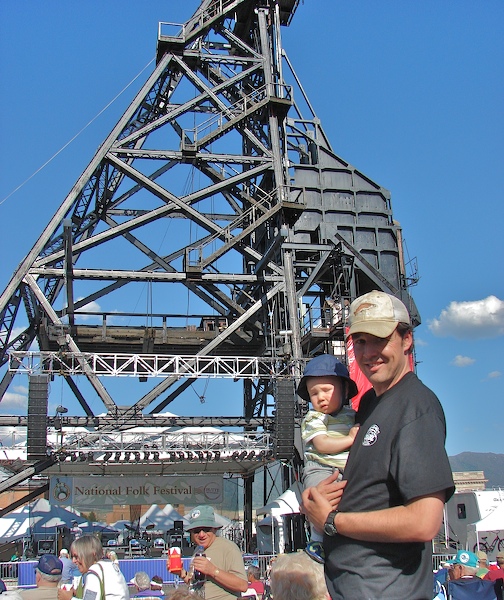 The “Original” stage. Also the first, or original, elevator scaffolding. The bands played underneath. 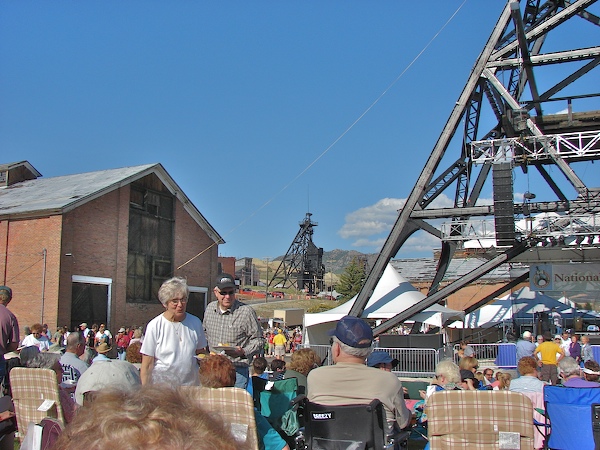 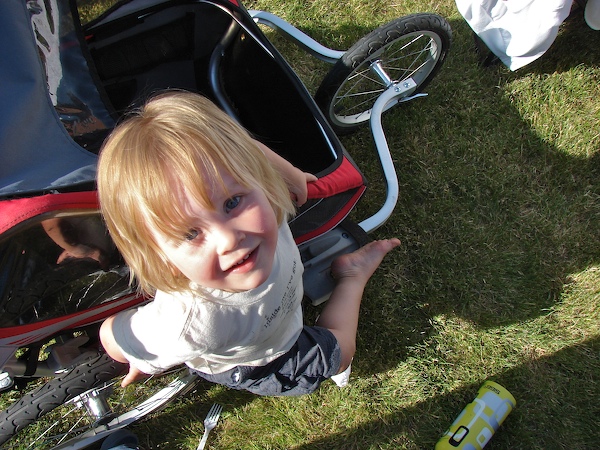 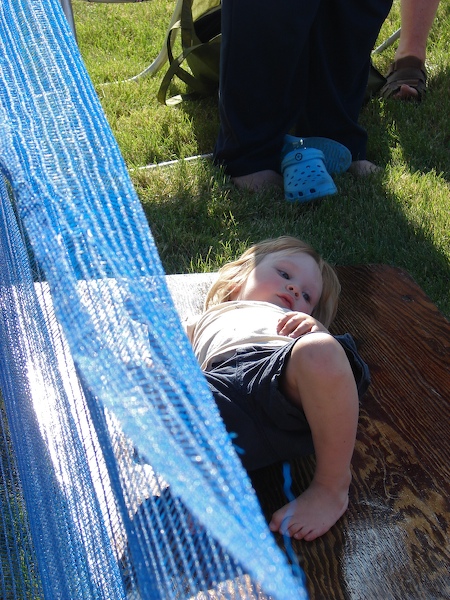 Taking a rest after a day of having fun in the sun. When Anders looked at this picture he said, “I am tired”. 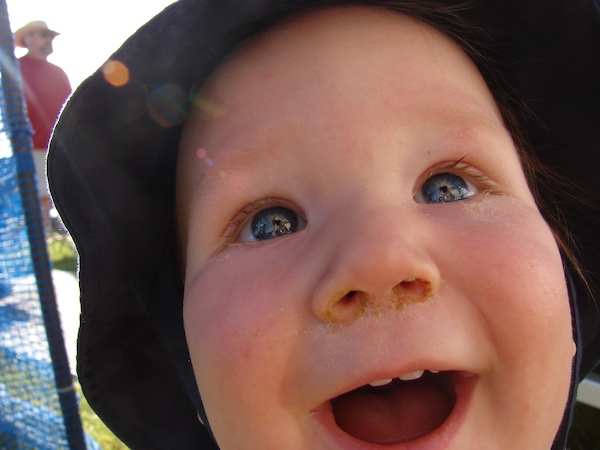 Finn looking a little crusty, but having fun. 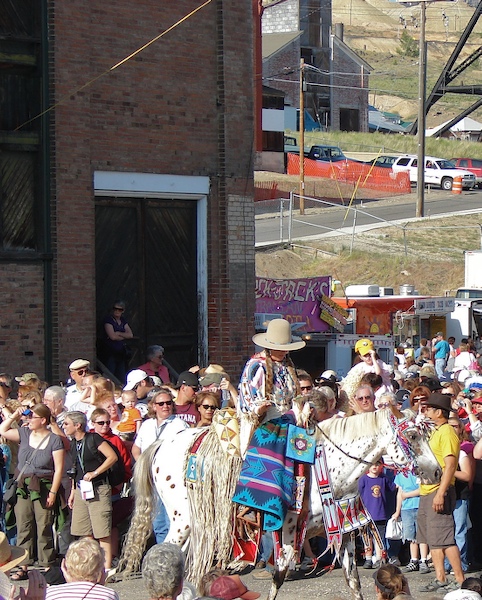 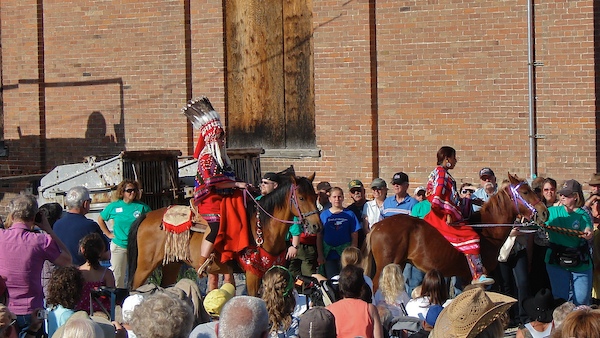 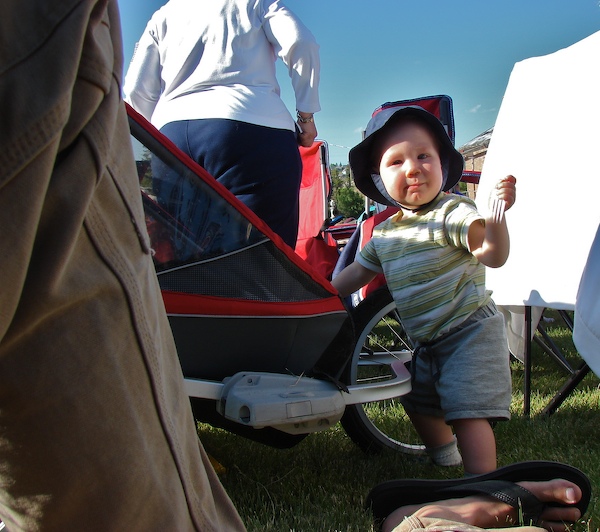 We went back to the campsite before any of the music really got going thinking the boys needed to go to bed.

My brother, Scott, and his girlfriend, Sarah, flew into Bozeman and met us at Homestake Pass. Scott hasn’t seen Anders since he was 4 months old (Anders, not Scott) and had never met Finn. I’d never met Sarah, so it was time for us all to get together.

2 thoughts on “Scott and the National Folk Festival”