Wait, there’s more? Why yes there is.

A few photos of everyone enjoying themselves at the campsite at Homestake Lodge on Sunday morning. 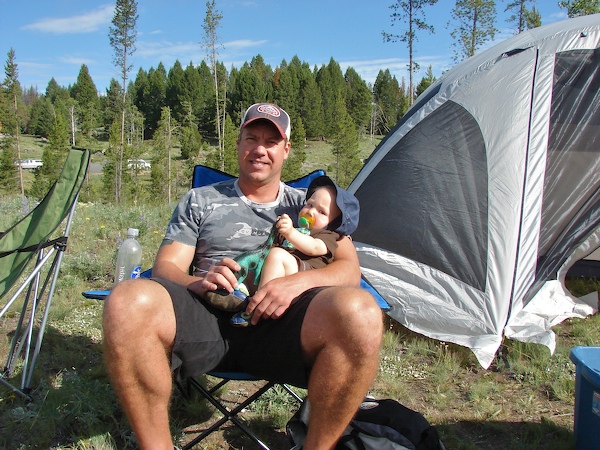 Uncle Scott and Finn at our campsite at Homestake Lodge. 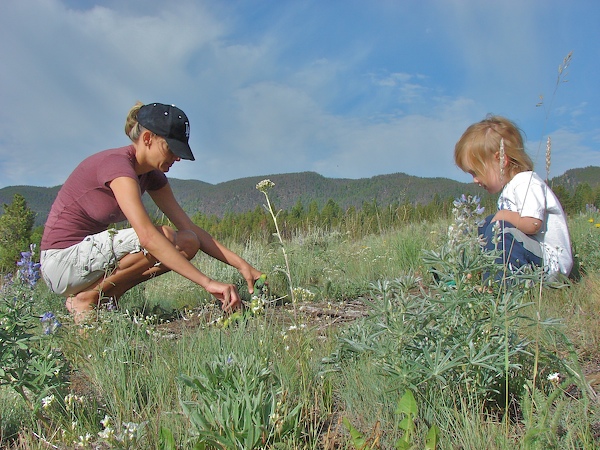 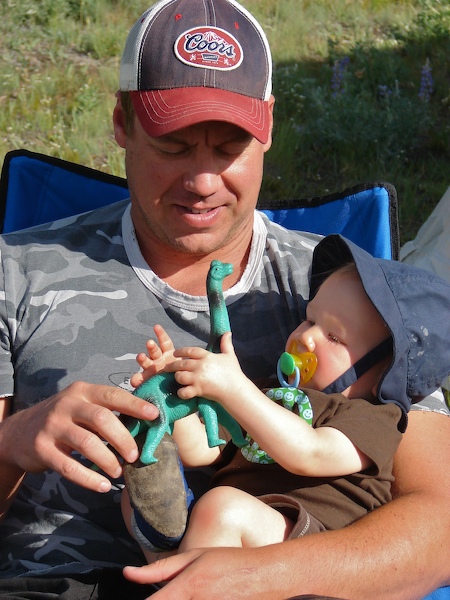 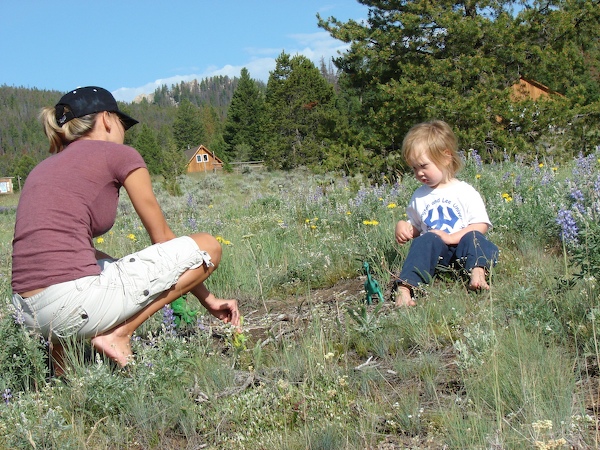 Sarah and Anders also getting in on the dinosaur fun. 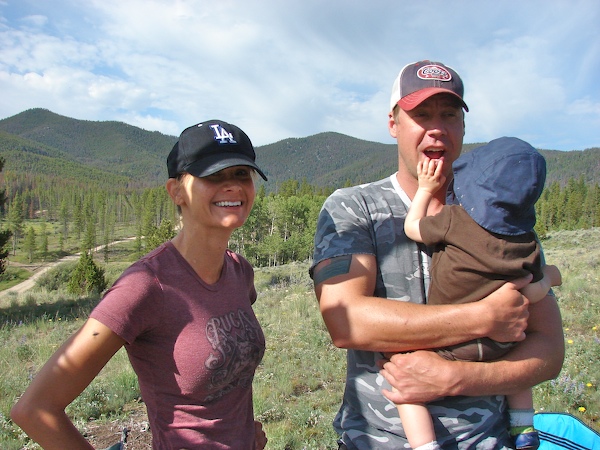 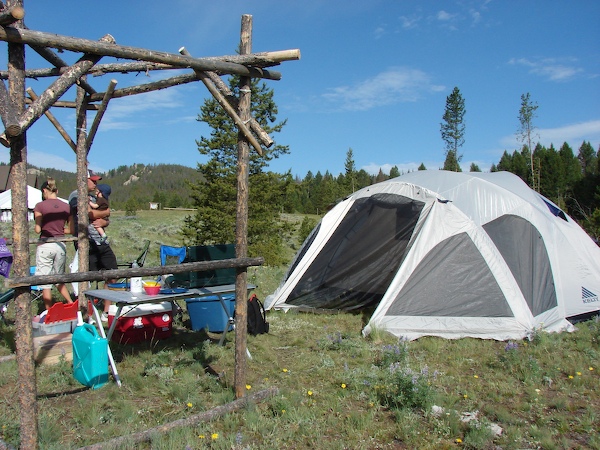 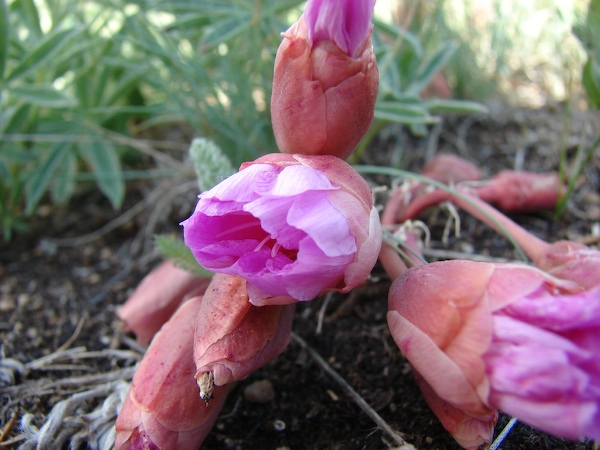 I restrained myself to one flower shot. Bitterroot, the state flower.

I tried to make pancakes for breakfast, but without a spatula or a non-stick pan, it just wasn’t working. So, back to Butte for breaky at Perkins, then an underground tour of Butte.

There used to be a whole city beneath the city, but much of it is covered or filled in. Below the sidewalks we walked was another set of sidewalks. The underground city really flourished during prohibition and there were bars hidden behind closets in barber shops, speakeasies, and a jail. At least that’s what we saw.

Our tour guide was hilarious and kept calling us “Ladies and Gentleman” even though we were the only people on the tour. 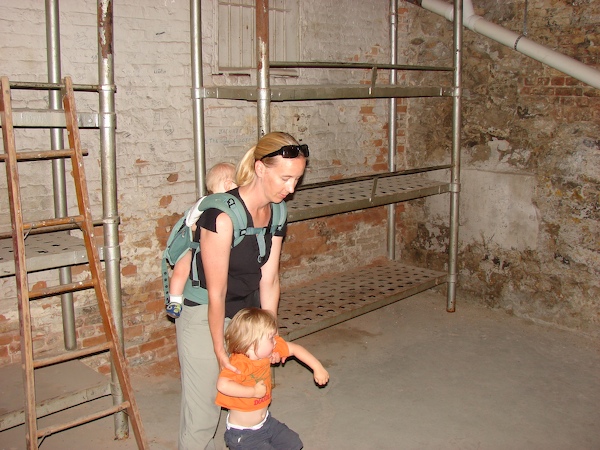 In jail on the underground Butte tour. 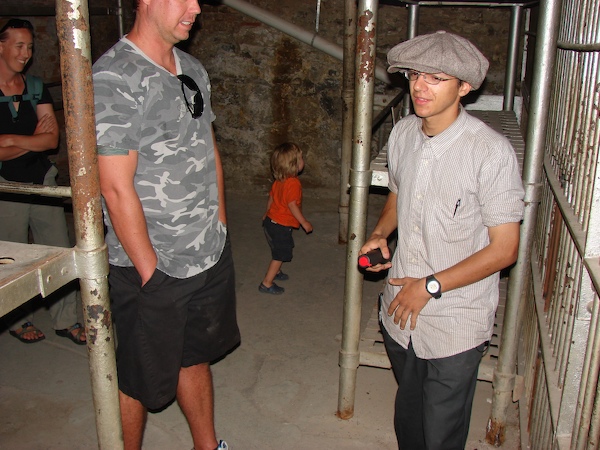 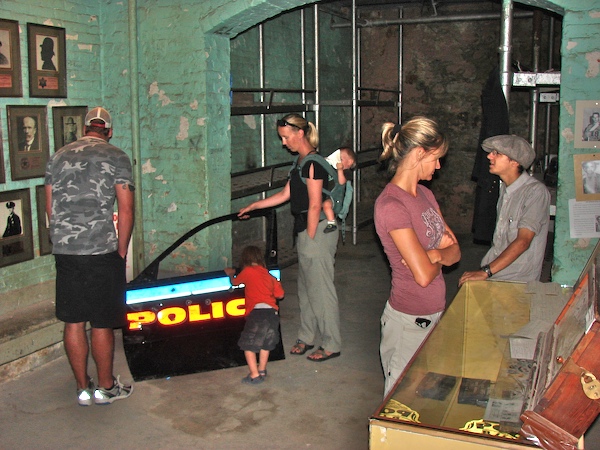 And that was it for Butte. We went back to our campsite, packed up and just as we were about to leave it started dumping rain–huge amounts of precip. On the way home we were bombarded by huge hail and more rain.

Scott and Sarah spent a couple more days with us, including one day in Yellowstone by themselves (I’m sure that was a welcome relief from the chaos that is two wee ones). 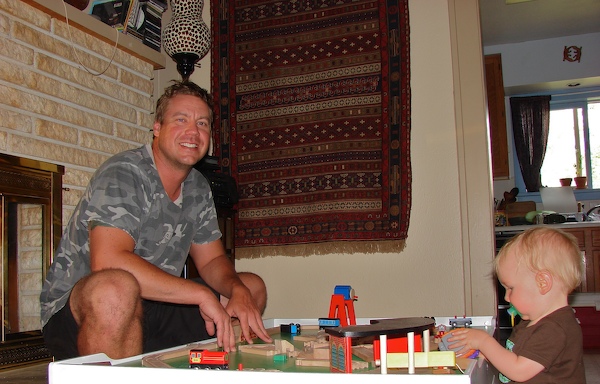 Back home at the train table. 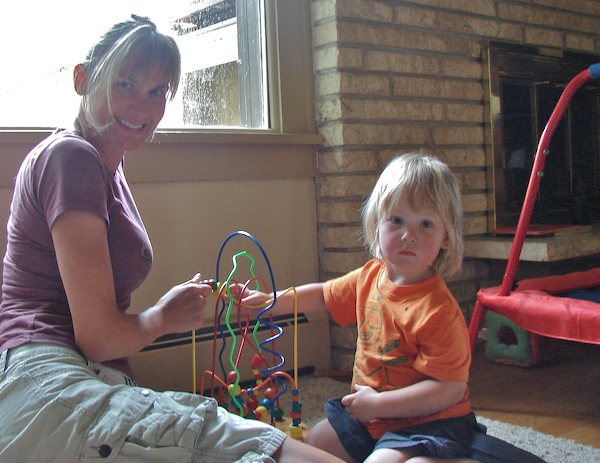 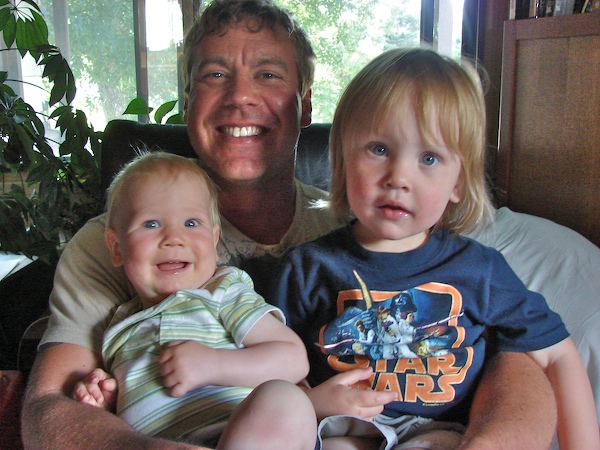 Uncle Scott with his nephews. Do you see the resemblance in Finn? Poor kid 😉 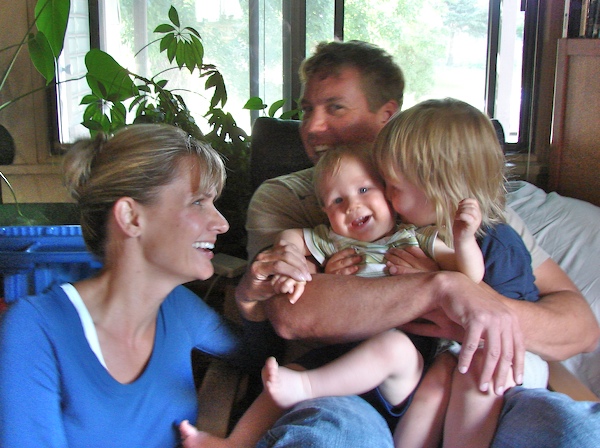 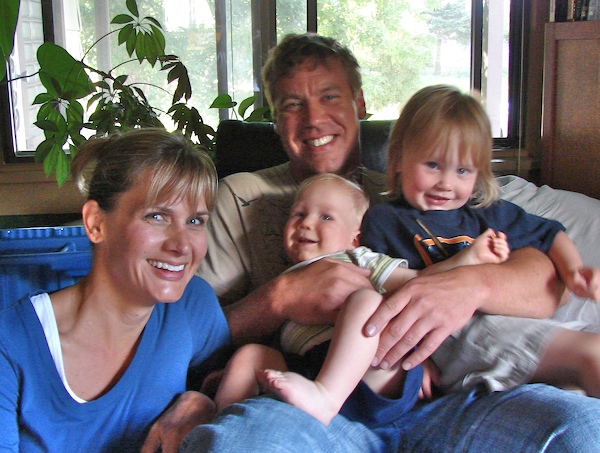