Over Labor Day weekend hundreds of sheep run down the main street of Reed Point while thousands of spectators look on.

Vendors line the street, an auctioneer tries to raise funds, inflatable slides lure kids (and their grandparents’ money) and various food odors waft through the air.

Officially called the “Reed Point Sheep Drive“, it’s more often referred to as the “Running of the Sheep” as a humorous nod to the Running of the Bulls in Spain.

I’ve been wanting to go for years, but never remember it’s coming up until a day or two before the event. This year was different.

We got there early for a sheep shearing demonstration and met Big H and Mogie. They stopped by during a road trip around Montana and Wyoming.

The sheep drive wasn’t until 4, so we had the whole day to enjoy interesting food, a gunfight, a parade and perusing the vendors’ wares. By the time the 900 sheep ran down the street, the boys were exhausted. Especially, “get-up-at-5-and-don’t-take-a-nap-Anders”.

The running of the sheep took about a minute and was strangely silent. We almost missed it.

Next year we’ll go later and stay for the dancing in the street. 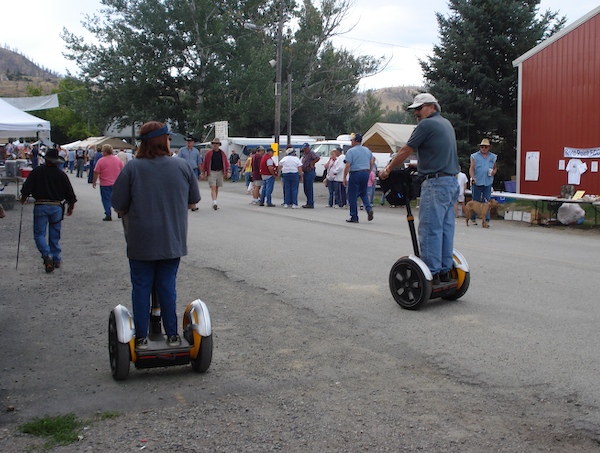 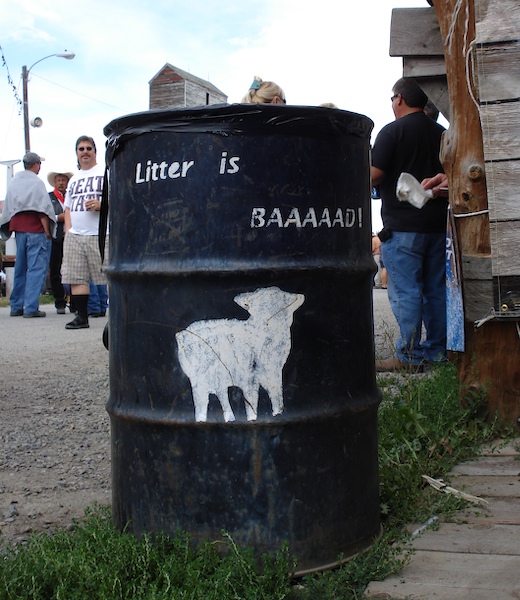 Ewe know there will be bad sheep puns. 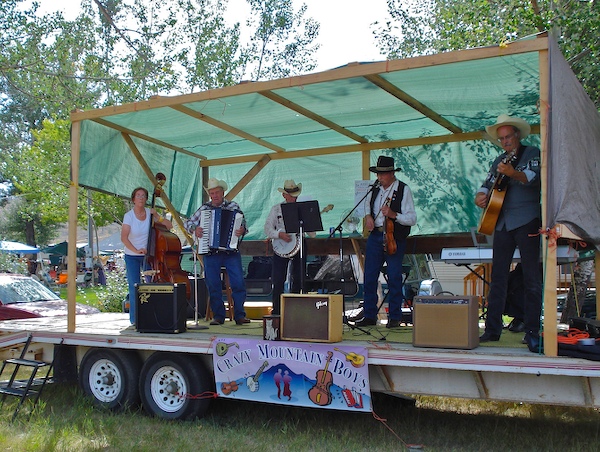 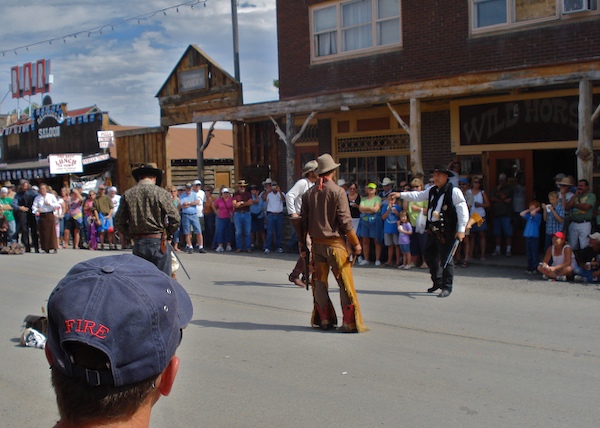 Gunfight. You can’t get much cheesier than that. 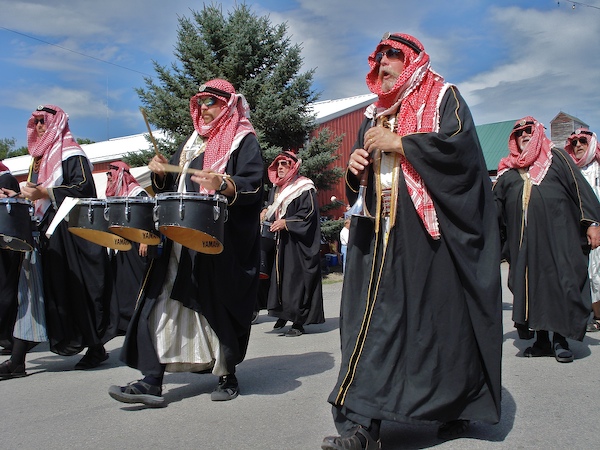 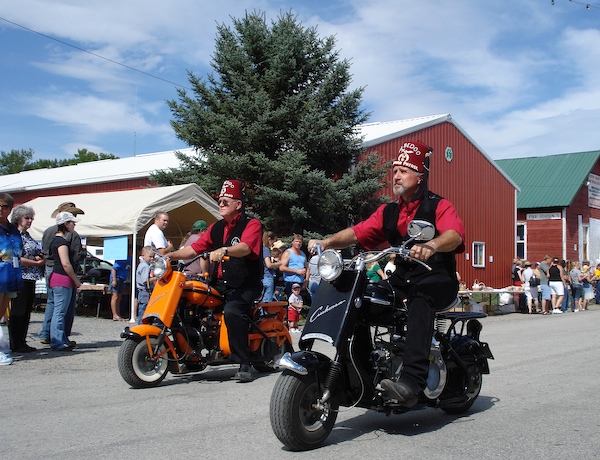 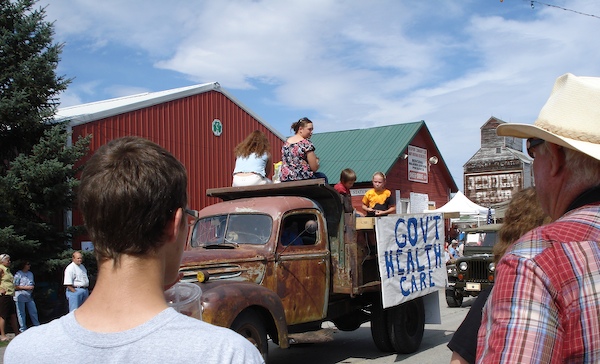 This truck was filled with manure. I guess government healthcare is good for growing things. 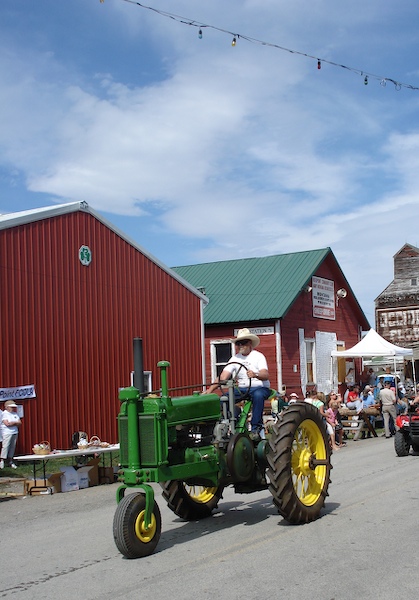 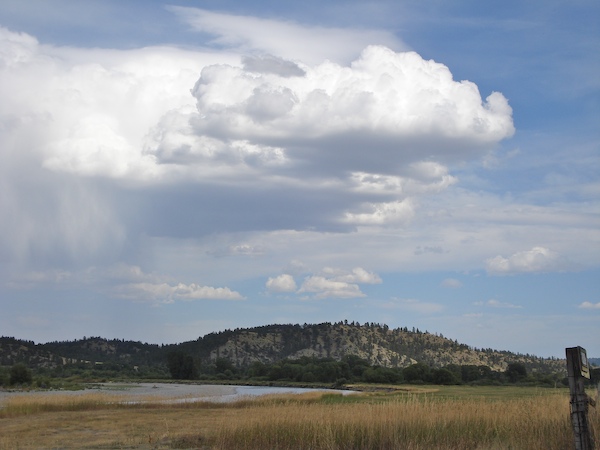 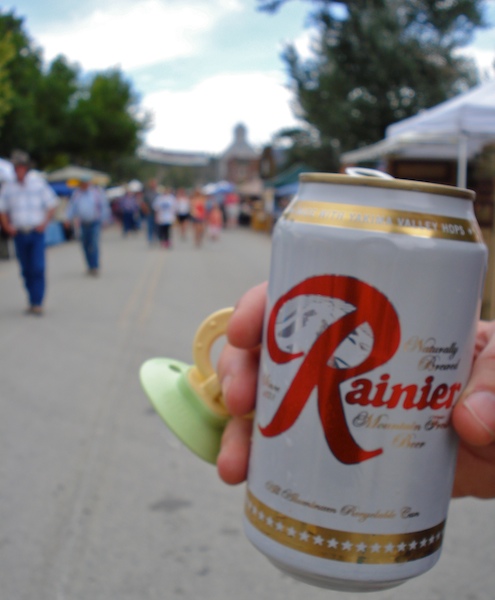 Pacifiers for mom and baby. 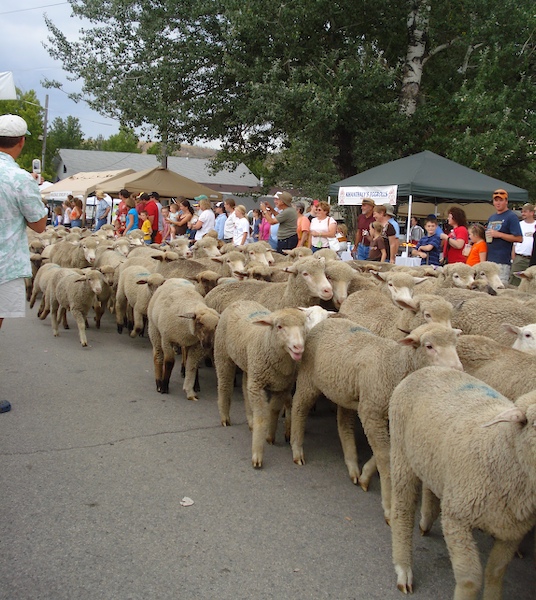 Running of the sheep. 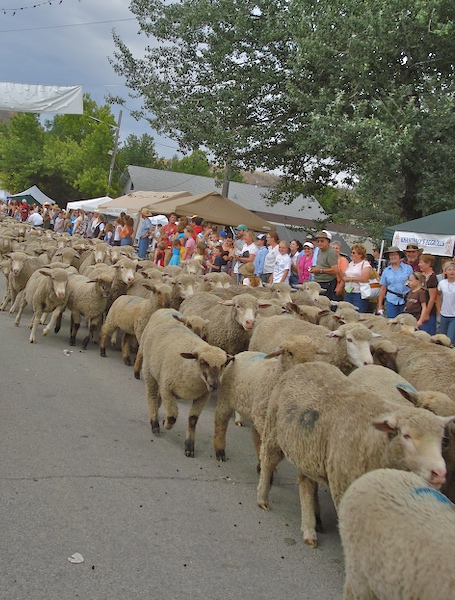 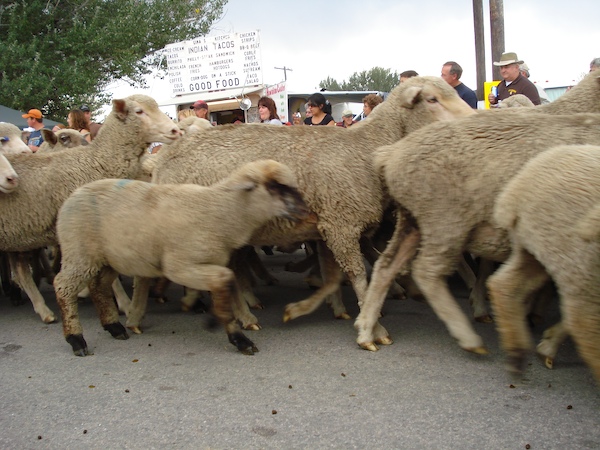 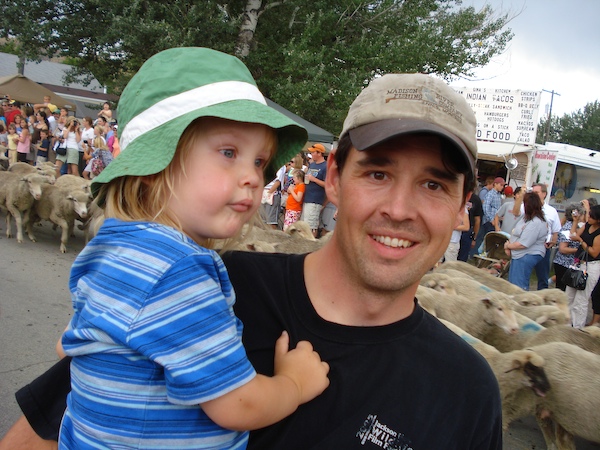 Proof we were there. The sheep were gone before we could get a picture of Finn and I. 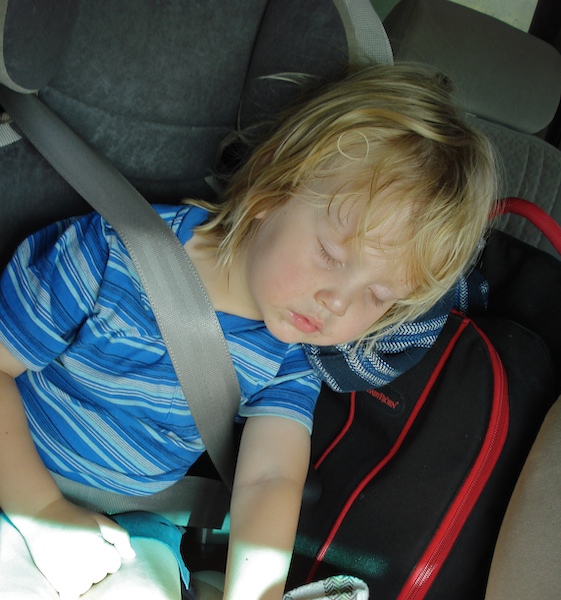 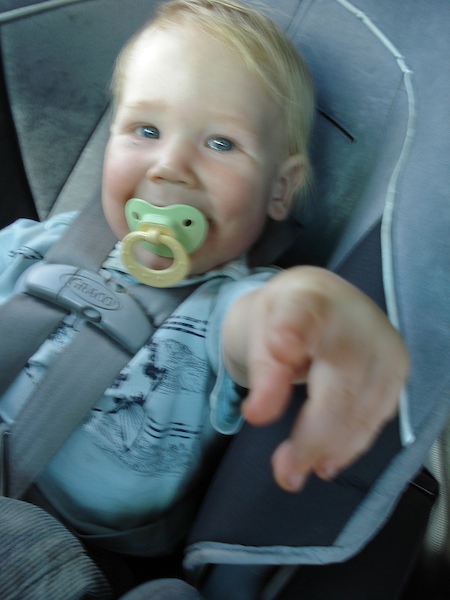 “Ewe are one of my favorite photographers.”

Oh yeah, it was super hot. 92 degrees, one of the hottest days this year. Poor sheep.