Since it’s been all about the river lately, the boys and I decided to do a little river study.

We started out by photographing the magnificent beast. We picked a spot we could remember (the corner of a bench) so we can take more photos in the future and compare them. 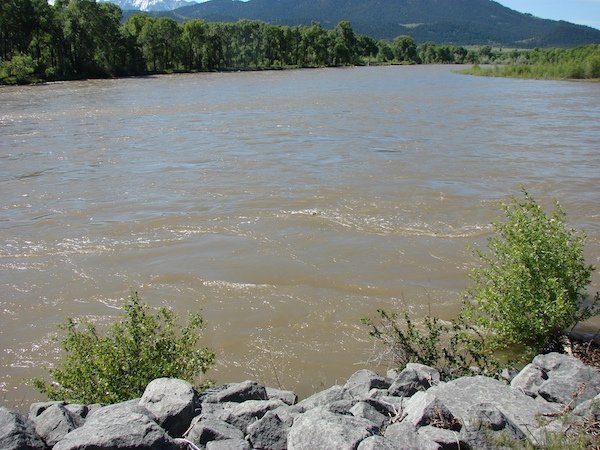 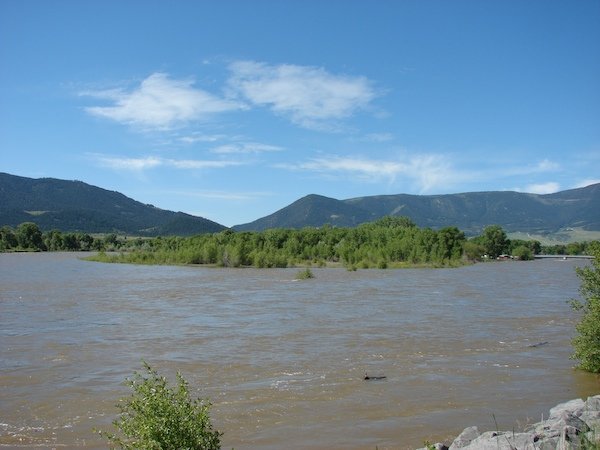 Since we were watching branches and trees float downstream, we decided to time them. Using a very unscientific method, we eyeballed when a branch passed a riverside tree, and then counted until the branch got to a specific bush. We recorded six times, just to be sciency. Despite the lack of rigor, we can use this data later to see if the river is slowing down or speeding up.

Our next task was to draw the Yellowstone. We talked about what we saw in front of us and what we wanted to have on our paper. Interestingly, both of them chose blue to draw the river until I asked them what color it was. 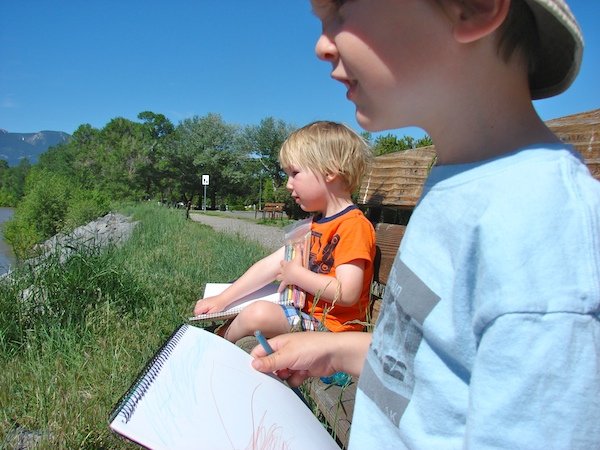 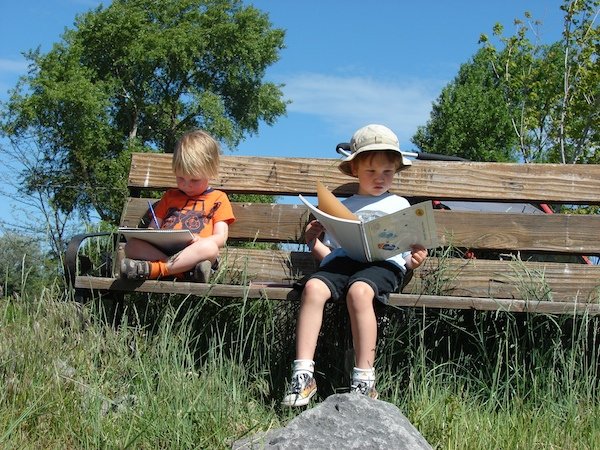 After we finished recording and coloring, we pulled out a map and looked at the headwaters of the Yellowstone River. We traced the blue line from high in Yellowstone National Park’s mountains to the Paradise Valley. Since the map stopped there, we imagined it rushing through the valley to Livingston. If I had thought to bring an atlas, we could have traced it all the way to confluence with the Missouri River at the North Dakota border. 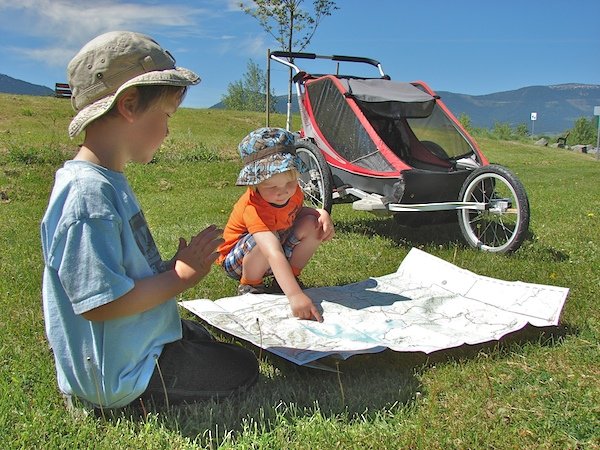 Checking out the map.

I could see doing this sort of observation and recording activity in anyone’s neighborhood. You might not have a big river, but you could observe your backyard, a tree, a place in the park or anywhere nearby.