When Halloween was over I was ready to get rid of the pumpkins. They were sitting on my mantle after all and I feared dripping pumpkin slop.

I thought if I unceremoniously threw them in the rot pile in the backyard I might crush Anders and Finn’s Halloween spirit forever. How would I answer Anders when he asked, “Mommy, where did my pumpkin go?”?

The end of holidays and other special occasions are something I have to deal with now. I’m a “it’s over, get rid of it” kind of gal. Halloween is over, pumpkin is gone. Day after Christmas, decorations are down. Move on, people.

I am nothing if not sensitive to my kids’ needs, though. So instead of having their pumpkins disappear in the middle of the night, I chopped them up while the kids watched.

(If you want to see the pre-gutted pumpkins, go here.) 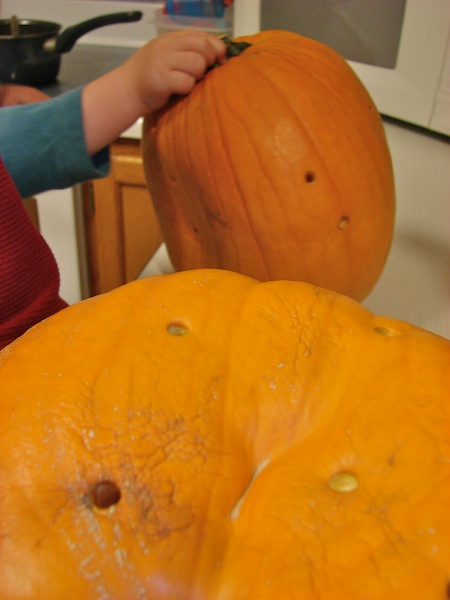 Holy pumpkin, Batman. The pumpkins after they had been de-clowned and de-pirated. 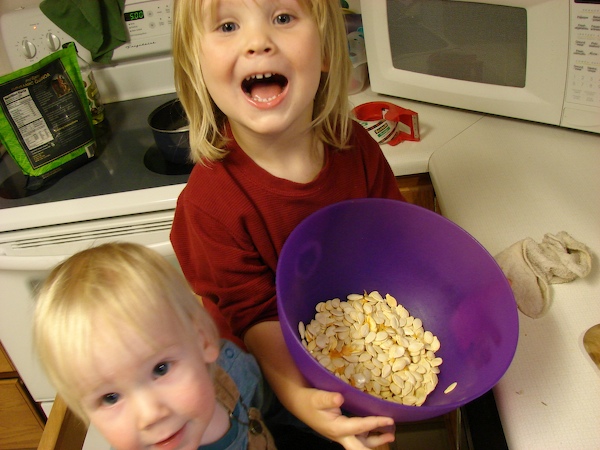 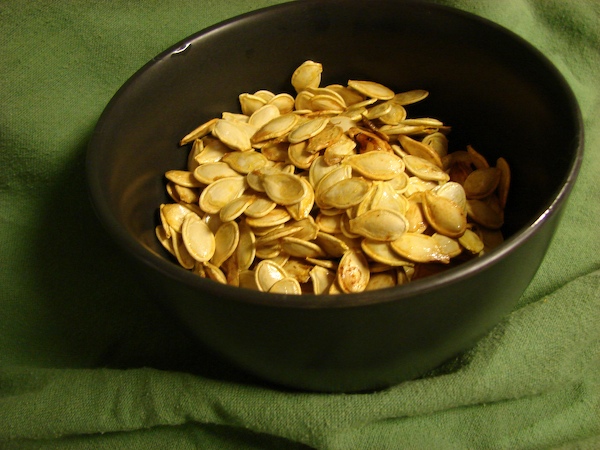 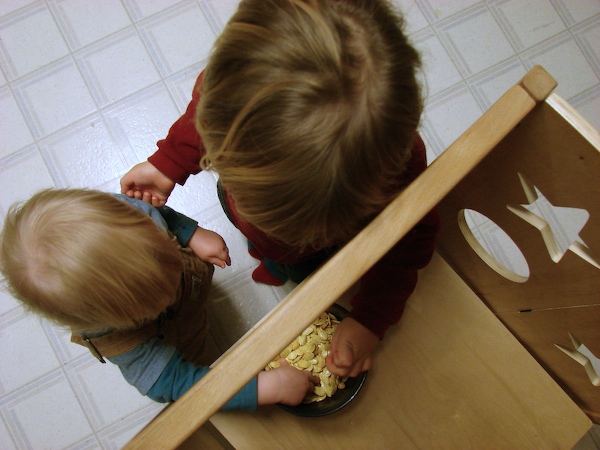 The boys enjoying their pumpkin innards.

Anders and Finn ate a few seeds, but they were more into the process than the end result. Lucky for me, because I got to eat the rest of them.

A few seeds does not a dinner make, so I whipped up some kiwi/banana/almond milk/spinach smoothies. And some real dinner, too. 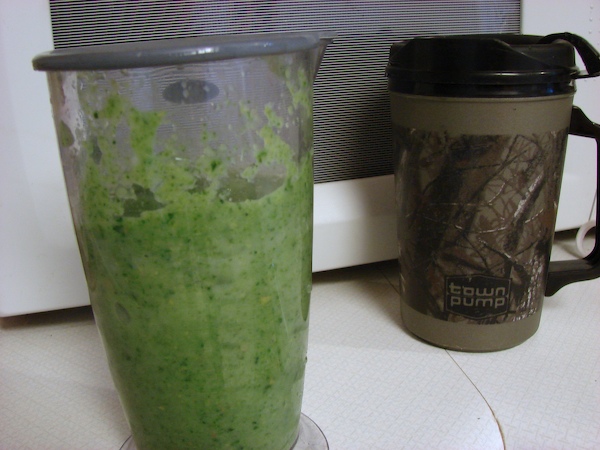 Mmmmm…smoothie. My favorite travel mug is also in the picture, but you can’t see it. 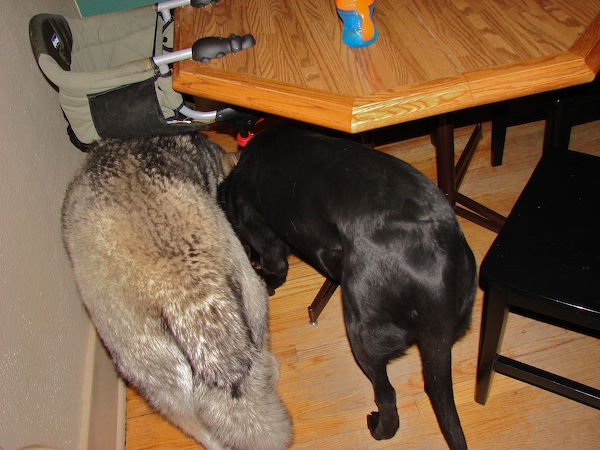 The clean-up crew. Wonder why they push each other around to get under Finn’s chair? 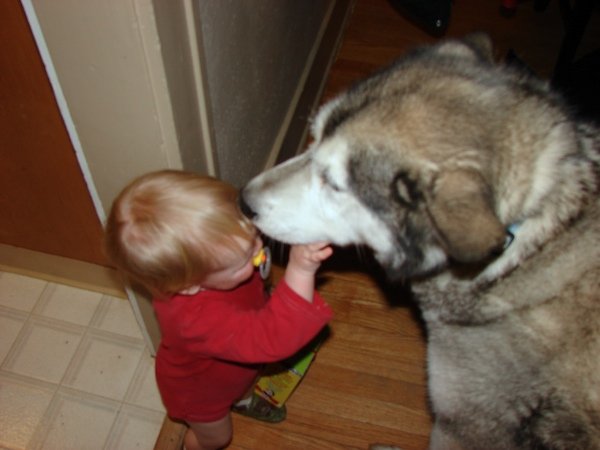 Rigby goes straight to the source.

At least I get some help once in awhile.