Back at the beginning of October we went to Rocky Creek Farm to have our apples pressed into cider. While we were there we let Anders pick out a pumpkin.

We festively set it on our front steps where it froze, thawed, froze and thawed again. Then it was a mushy lump.

While my mom was here we were going to go back to the pumpkin patch, but it was a cold, rainy day. And we ran out of time anyway.

I ended up buying our pumpkins at the grocery store. There were only two little ones left and one of them had a weird, rot scar. I bought them both.

We had to have pumpkins because H’s sis, Susannah, sent us Mr. Potato Head decorating kits. Isn’t she cool? We got two buckets of parts: eyes, mouths, hair, hats etc that, when artfully poked into a pumpkin, make a Mr. (or Ms.) Pumpkin Head clown and pirate. Much easier than carving. 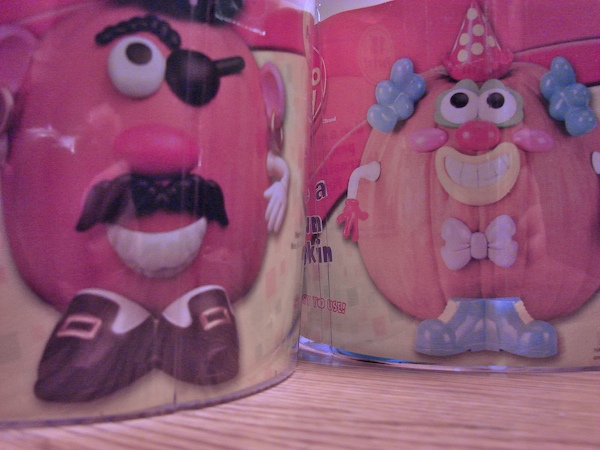 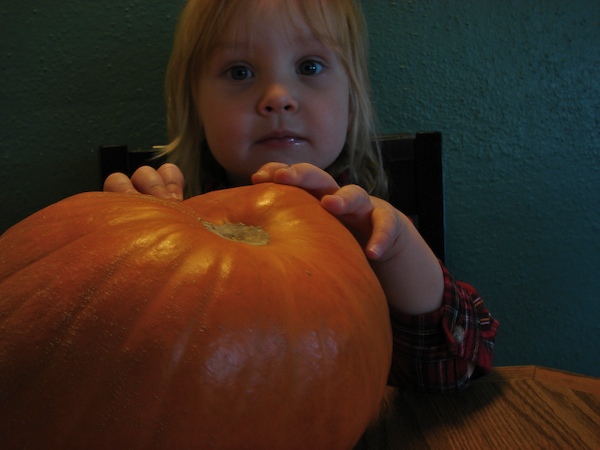 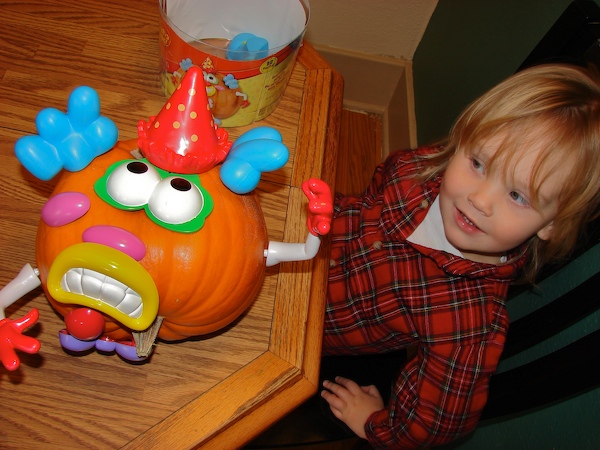 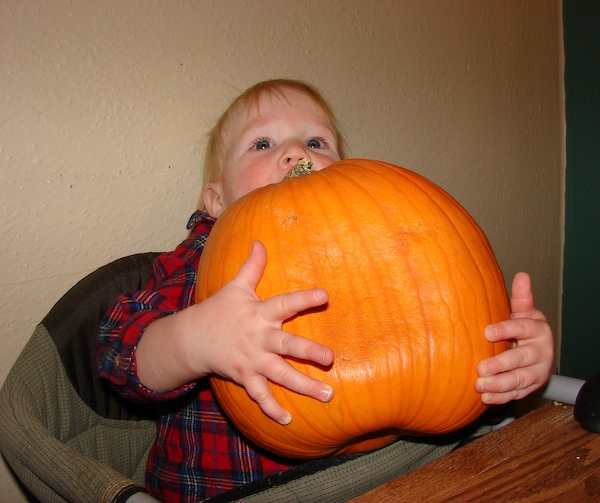 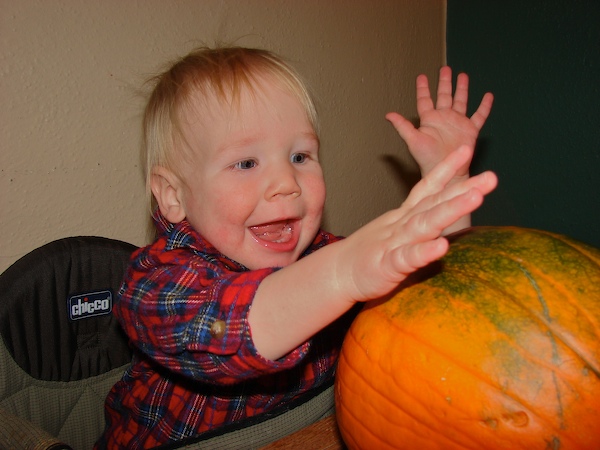 Thrilled to have his own gourd. 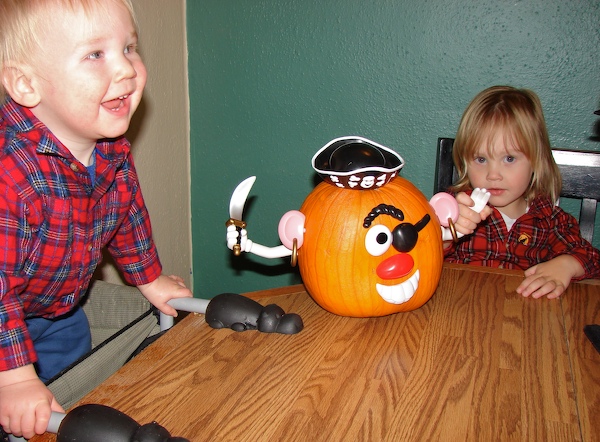