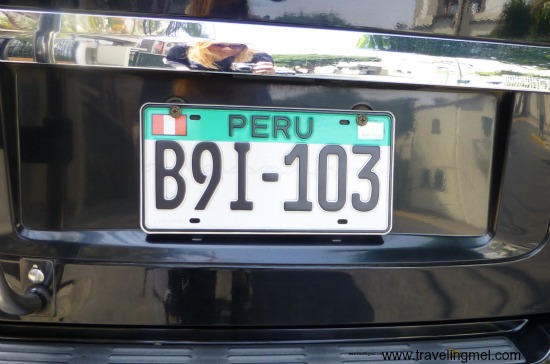 I’m back from Peru, and it was great. The ruins were otherworldly, the mountains were steep and lush, and the new friendships are timeless. As you know, I take a lot of photos, but I am restricting myself to ten(ish) photos per post. 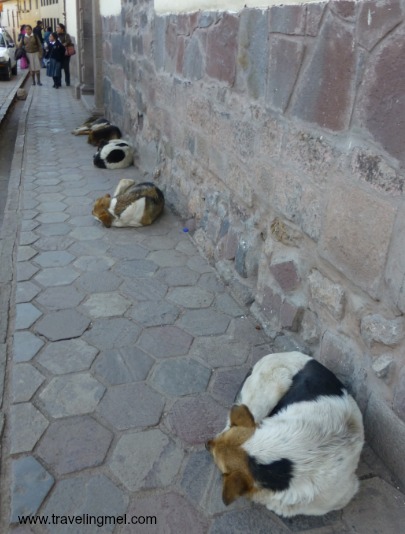 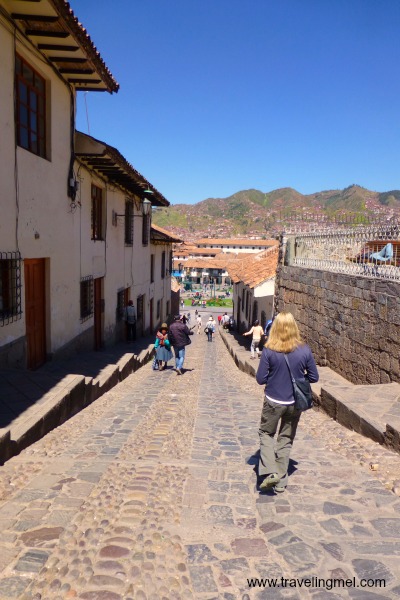 Narrow, cobblestone streets are reminiscent of Inca times. And, as you will hear me say over and over, everything is steep.

We spent two and half days in Cuzco, exploring the city known as the navel of the world. Cuzco is above 11,000 feet and my heart was pounding as I walked up and down the streets. It was once the center of the Incan world.

Today’s Peruvians seem to love festivals. There was a huge parade to celebrate the 20th anniversary of a bank, another parade the next day to commemorate universities, and May Day festivities the following week. 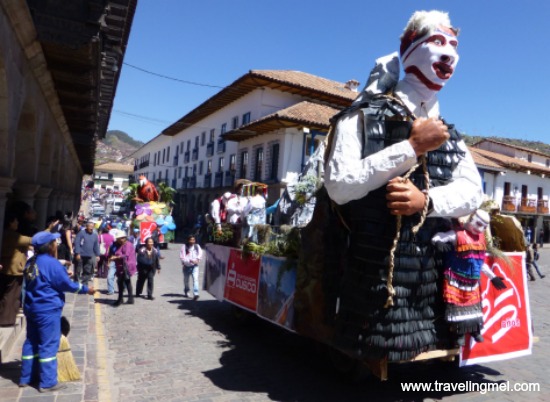 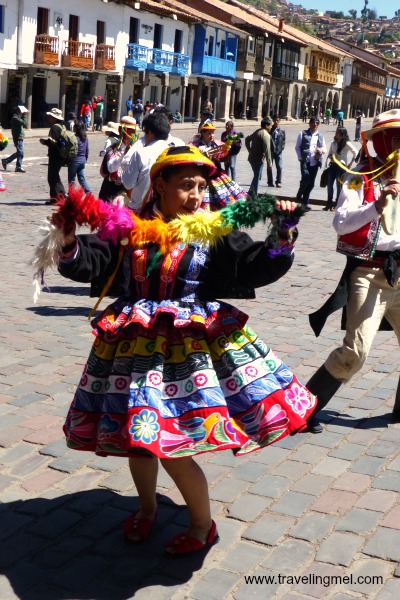 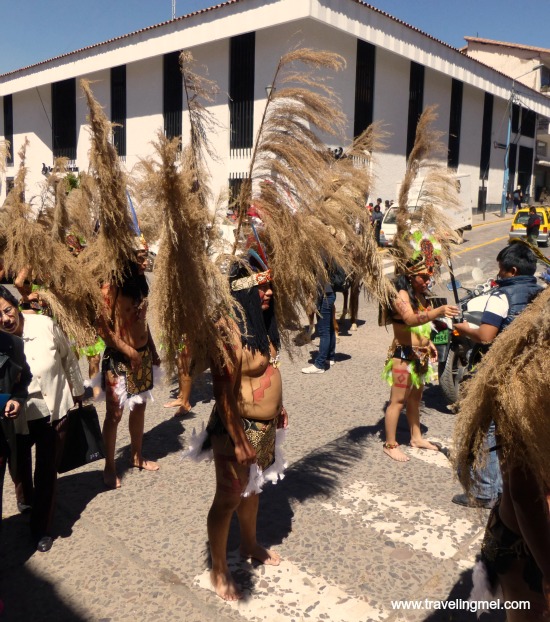 We also took some time to check out a few of the museums. There was some weird stuff in those museums. 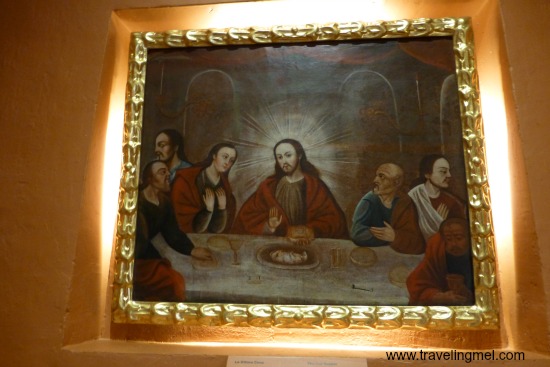 Apparently guinea pig was served at the Last Supper. This isn’t the only Last Supper painting we saw in Peru where Jesus is eating “cuy.” 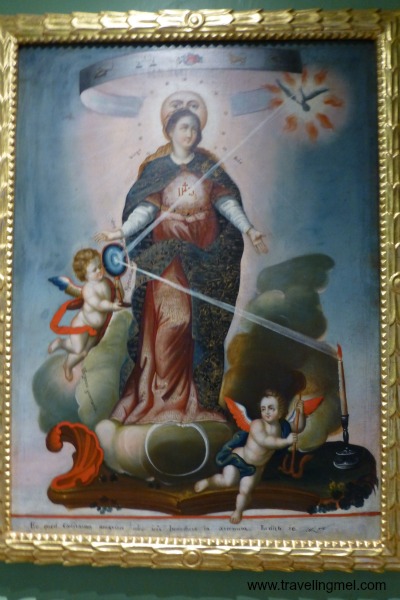 How to kill a dove with a candle and a mirror.

The outsides of the buildings were pretty nice, too. 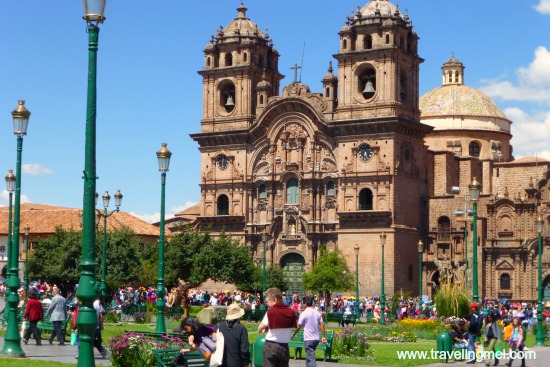 Church at the Plaza de Armes 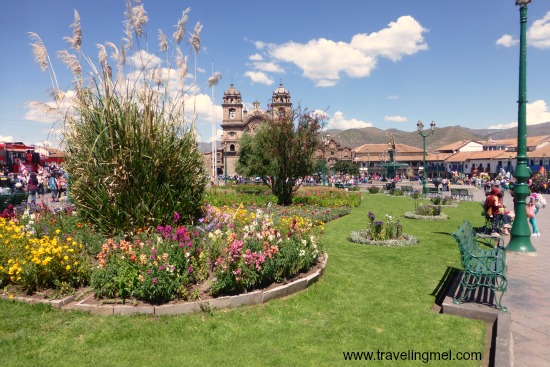