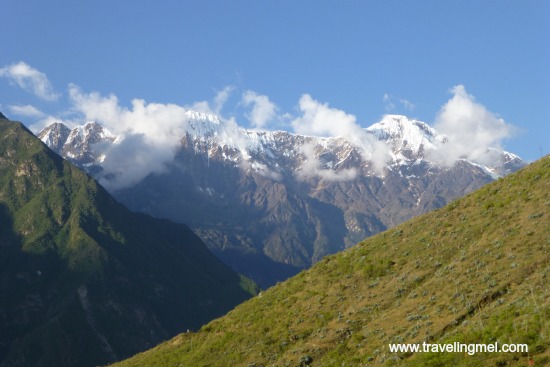 Remember when I said I was going to keep these Peru posts to 10(ish) photos? Ha! Weeding through these photos to choose less than a dozen is downright painful. I’m keeping this one to 13, but I can’t guarantee I can hold back on posting more in the future….

After a few days in Cuzco we piled into a van, along with two guides, two cooks, and the driver (that makes ten of us and all our stuff for eight days!) and drove to Cachora. It’s a little less than six miles as the crow flies to Choquequirao, but it would take us two days and around 20 miles to get there. From those Incan ruins we continued up and over the Andes. 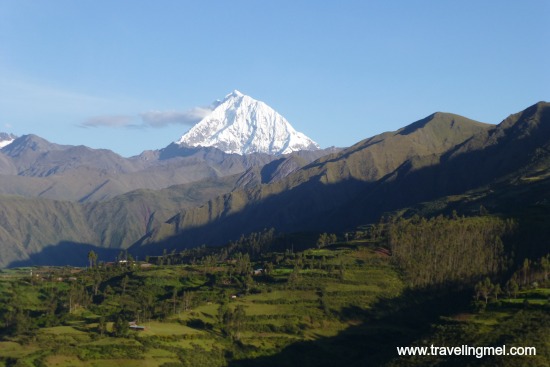 Salcantay and terraced fields–we’d be seeing a lot of both in the next week. 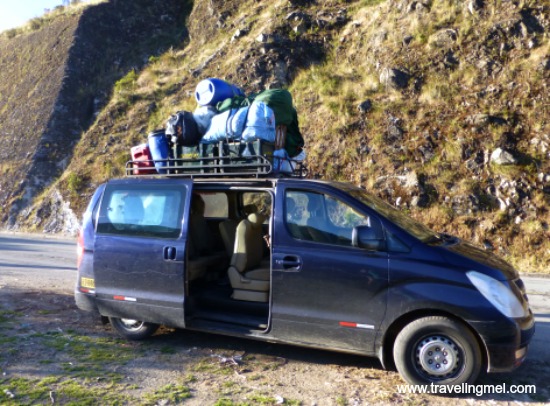 Our loaded up van. 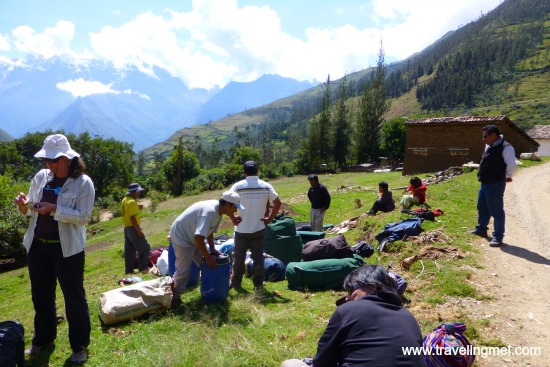 I don’t know who all those people are, but somehow everything we needed ended up on the mules and horses.

We started our trek, clean and excited, along a dirt road that turned into a trail. We walked past little subsistence farms and gazed over corn fields growing on steep terraces across the canyon. The Vilcabamba Range rose up, snow covered. 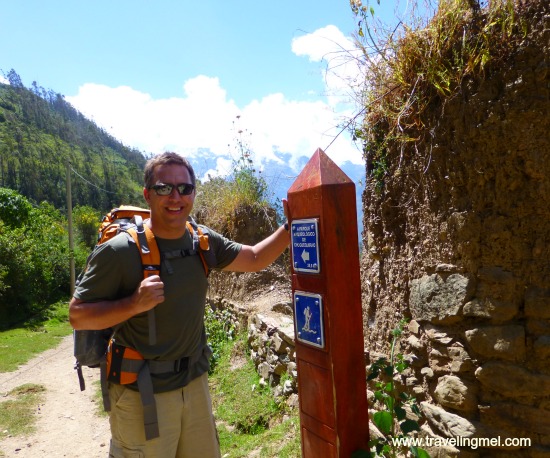 Ross is on his way… 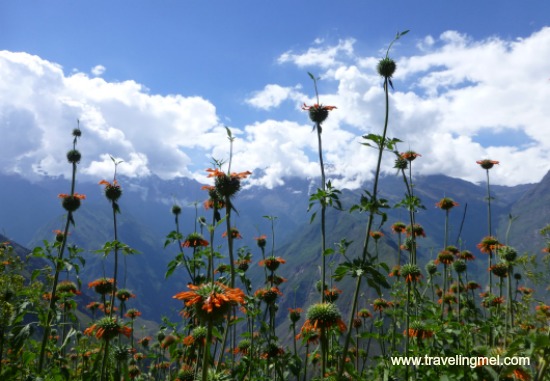 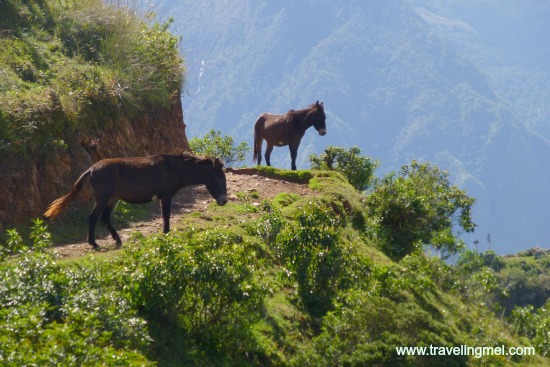 Mules on the trail. 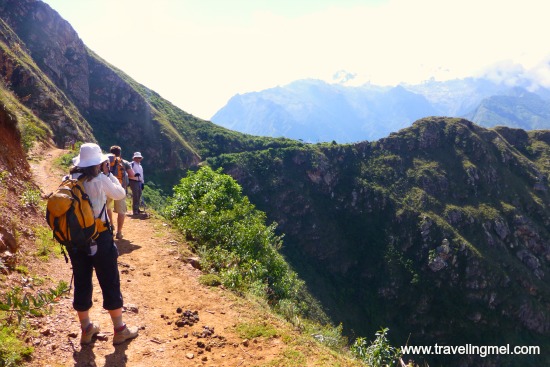 Eyeing the ridge where we would stop for lunch. 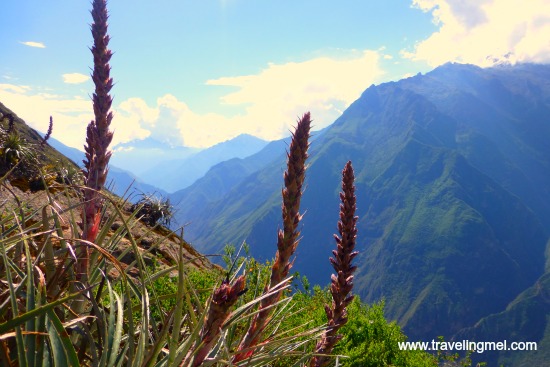 We stopped for lunch a steep ridge and dined on what would be the first of many amazing meals. As we took our time on the trail, our cook Domingo, sprinted ahead with a full backpack to get our lunch ready. I’ve never been on a trip where someone else cooked for me, and it was amazing. Almost as amazing as the food, was the view of Choquequirao and the Andean condor that flew right over our heads.

Choquequirao is a ruined Inca city, similar in structure and architecture to Machu Picchu. The ruins are buildings and terraces at levels above and below Sunch’u Pata, the truncated hill top. But, more on that later. 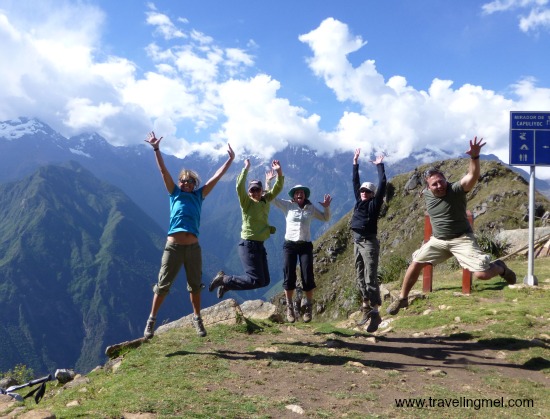 Our guide, Wilbert, wanted us to do this. We did not. But, I kind of like the photo.

After lunch we started downhill toward the Apurimac River. It’s about 3/4 of a mile straight down, but much longer on the switchbacks. Even though my quads were fried by the time we got down to the river, it was worth it to see the amazing mountain views. 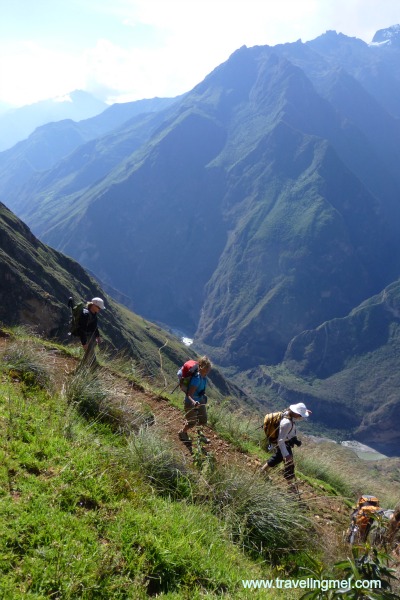 And then it was all downhill. 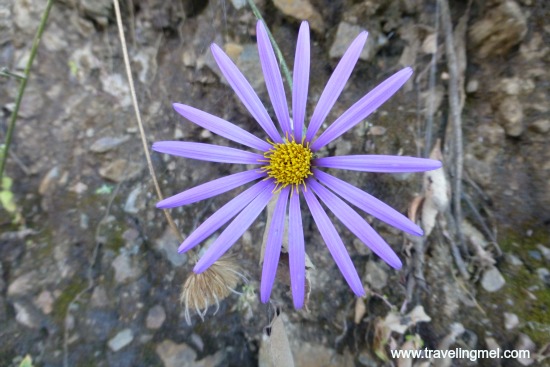 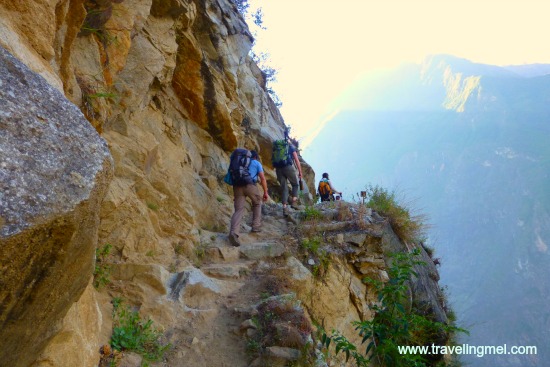 Sometimes even the downhill is uphill.

We camped at Playa Rosalina, right next to the roaring Apurimac River. After dinner, Domingo, also a shaman, made an offering to Pachamama (Mother Earth) to ensure we’d have a good trip. He laid down a circle of coca leaves, then added sweets, pretend money, figurines, food, and more. We each chose three perfect coca leaves to represent father, mother, and children and blew on them three times. We made wishes for friends/community, family, and ourselves before adding them to the offering. Domingo put the carefully wrapped offering into the fire and we all watched its smoke float into the sky. 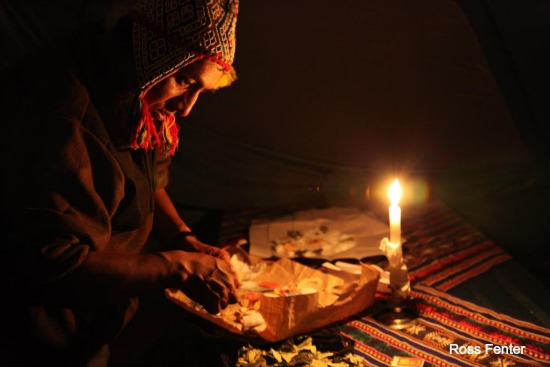 “Domingo is a simple shaman,” Wilbert told us.

Spoiler alert: The offering worked–we had a great trip.