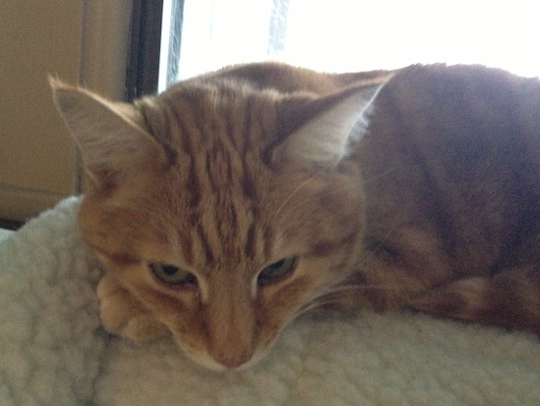 Our family is growing! But, don’t get too excited; there isn’t a little girl on the way (oh, the cute clothes!) but rather a bunch of furry and scaled creatures.

Several months ago we became fish owners. The boys wanted pets, so I looked into the easiest fish around: Betas! Not as easy as I expected. We got two. One died a couple days after coming home with us. We exchanged him (thank goodness for the 7-day guarantee!) and came home only to find the other fish dead. We returned that dead fish and then another died. I thought Betas were easy….four dead fish later, we finally got two that survived. Since they are fighting fish we have two bowls–one for each kid and one for each fish. 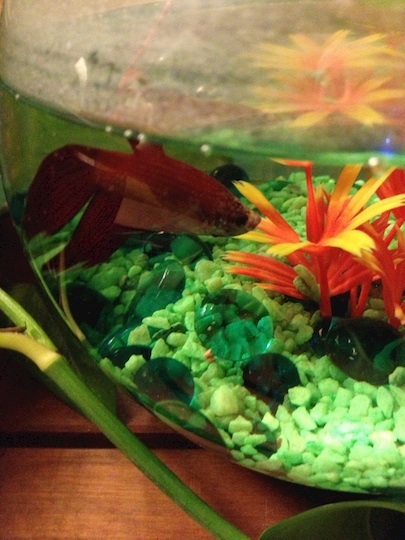 Andre the fish. Yes, all Anders’ pets’ names are some version of “Anders.” One of the fish that died was named “Andrew.” 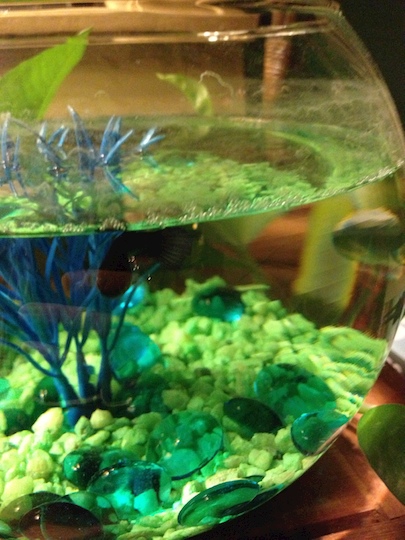 Blueder the fish. “If it was a boy, it would have been named Bluer,” Finn said.

I’m pleased to announced that the last two have lived for a three-ish months and seem pretty hardy.

But that wasn’t enough. The boys and I have been volunteering at the local animal shelter for a couple years. We pet cats and get them used to little kids. It makes them more adoptable. If they can handle us, they can handle anyone. I love cats, but I don’t get attached; we’re just volunteers. Until I met Raja. 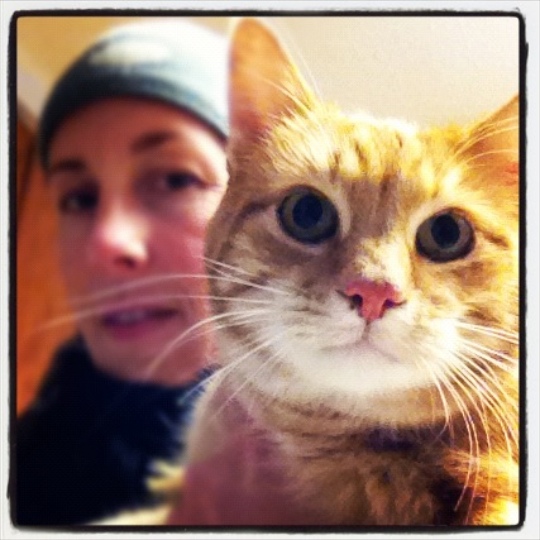 Mr. Finklestein looks just like a cat we had growing up named “Peace.” My name, but my brother’s problem. It slept in his room and ate paper all night. Scott didn’t sleep for weeks.

Henry has suggested we get a cat. He knows I am a cat person living in a dog world. My cat-like dog was supposed to die this year, but he’s hanging on. Yes, he’s been pooping in the house for a year now (I should have taken out stock in bleach), but he seems pretty happy. We all know that I am going to be devastated (and a little relieved) when he goes. 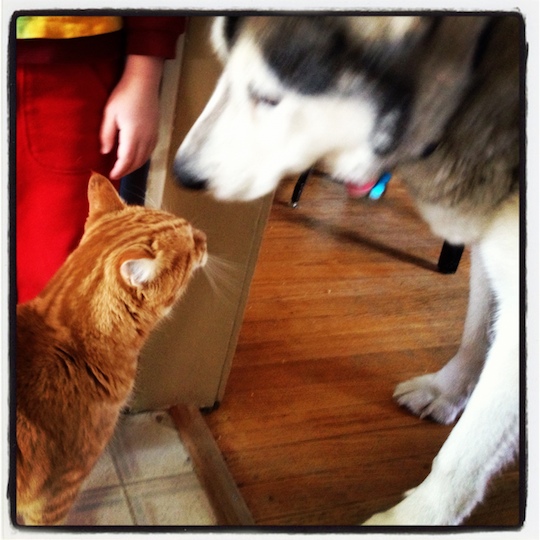 Raja Finklestein meet Rigby Idaho Coble. Neither really cared about the other, although the cat food sure smelled yummy to Rigby.

I adopted Raja to help dull the upcoming pain. Plus, he is so sweet. We kept his first name and added a surname: Finklestein. I call him Mr. Finklestein or Kiki Cat. The boys call him “her.” That would be confusing for a dog, but cats don’t care.

Mr. Finklestein just wants to be pet and held. He wants to sit on our laps and purr. He’s meowy when he wants food or love, but doesn’t get into things or scratch our stuff. He’s purrfect.

Since I gush over Rigby all the time, you might not know how much I love kitties, but here’s the thing: Rigby is like a big cat who loves carcass. He’s independent and prissy. That’s why I love hime.

So, welcome to the family, Andre, Blueder, and Mr. Finklestein. It’s a crazy house, but at least you’ll be loved.

1 thought on “Our family is growing”