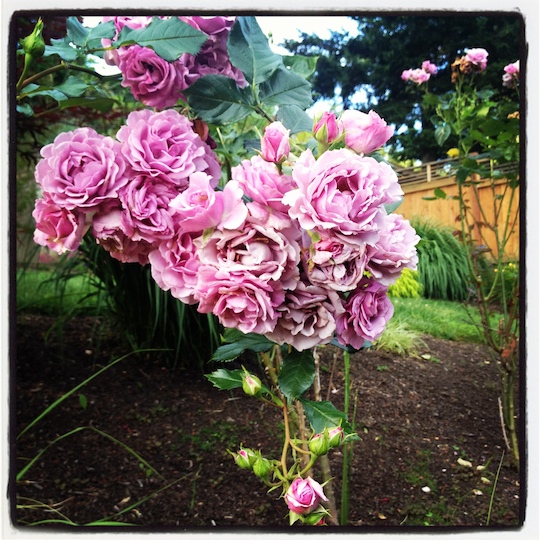 One of Portland’s many nicknames is “City of Roses.” I learned that from a book in Christine’s bathroom.

There are many things that can lure one to Portland: big trees, amazing people watching, lots of bridges, and a great view of Mt. Hood. But, what drew me was the people. Turns out, I know a lot of people that call Portland home. I didn’t get to see everyone I wanted to see on this trip, so I guess that means we’ll need to go back soon.

I suppose in a way, this trip was about going home. Not to the place I grew up, but to a piece of my past. Enduring friends (I can’t call them old), a former school and even and ocean that whose shores I used to play at.

My first few days I got to spend at Christine’s. As I mentioned in the previous post, we’ve been buddies since middle school. I figure if someone knew me then, at my most akward and unflattering age, and still wants to be friends with me that’s a person worth being friends with.

But, Christine had to work, so the boys and I got to hang out with Stephani. Steph, her husband, and twin 18-month-olds moved from Livingston a few months ago. We miss them. 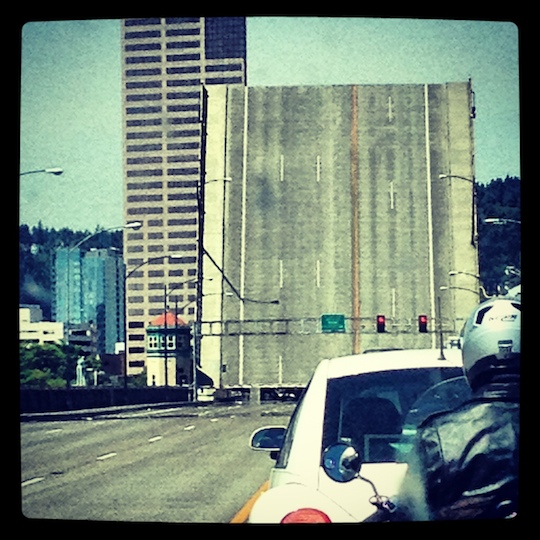 This is the first time I’ve been held up by a drawbridge. 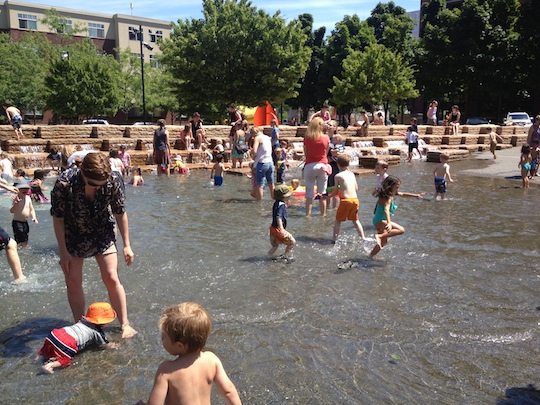 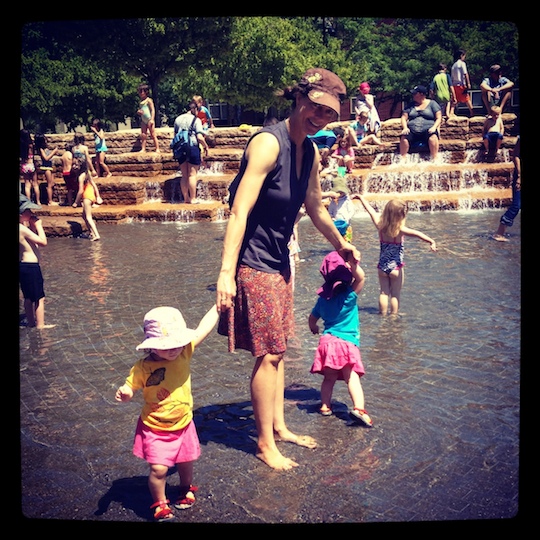 Steph and her girls. 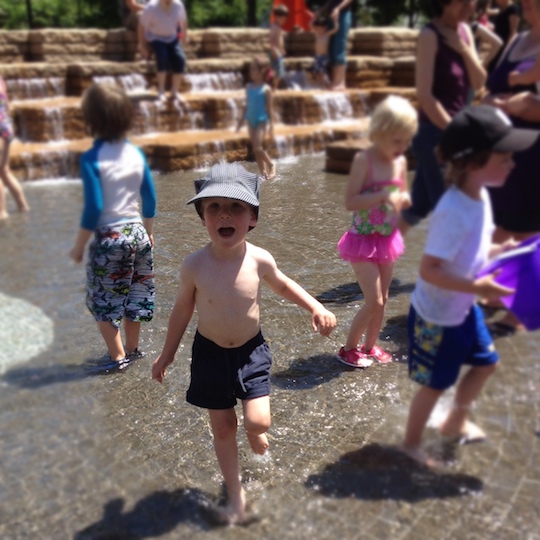 Skinny, white Finn having a blast. 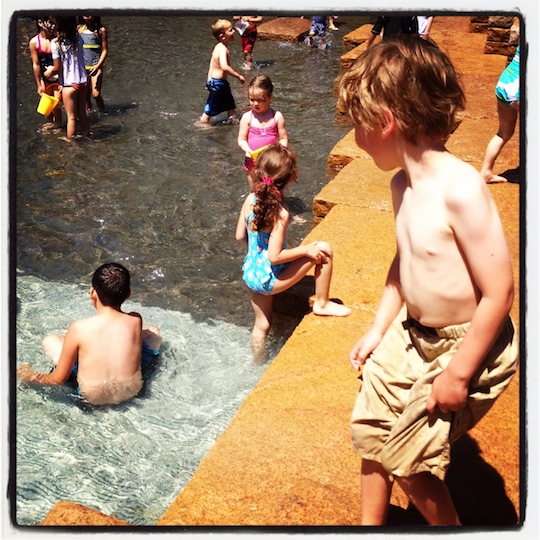 Not as skinny, but almost as white…Anders has a blast, too. 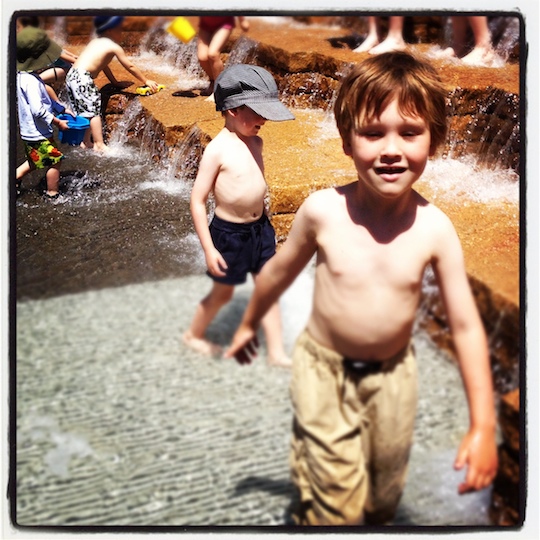 After a day soaking up the sun, we drove back to Christine’s. Once the kids were in bed, Christine I spent a second night drinking wine and staying up way too late. Just like old times.

The next day Christine and I took the kids to the Portland Children’s Museum. I’m starting to realize that I don’t really love children’s museums. This one was great and the boys loved it, but I was a little bored. I think Christine was a little bored, too. I’ll keep going, because I think the boys get something out of it and they don’t really need me to enjoy it. Finn gets Anders to read whatever he wants read, so I can sit on the side and answer emails on my phone. Yes, I am one of those parents with their nose glued to their phone when they should be interacting with their kids. It teaches them independence. 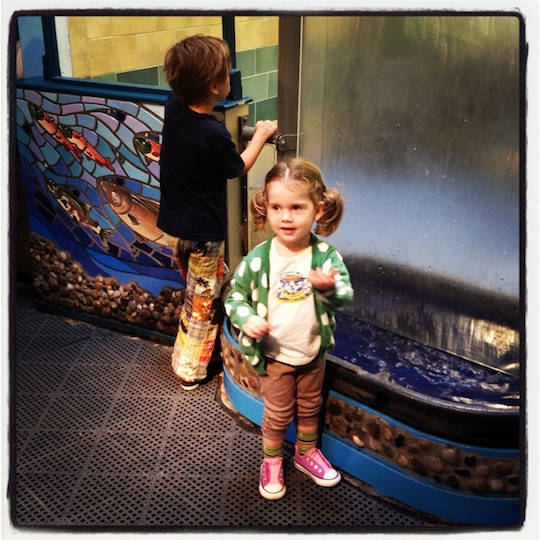 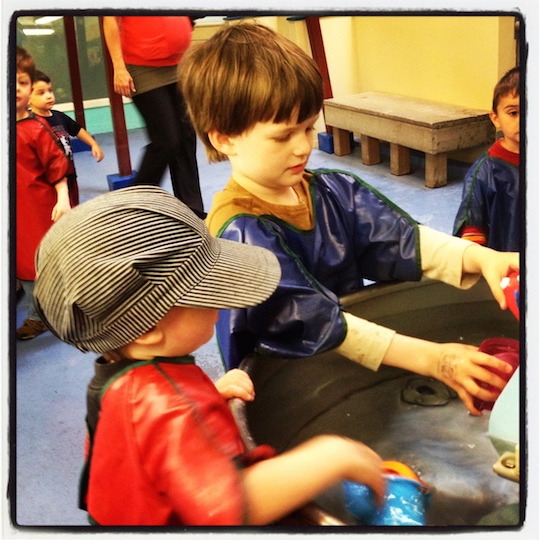 When it was time for Nora to take a nap, Christine took her buddies home and the boys and I walked across the parking lot to the zoo. 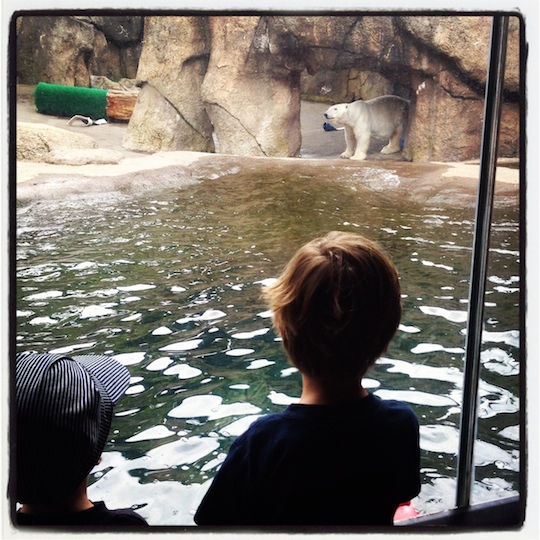 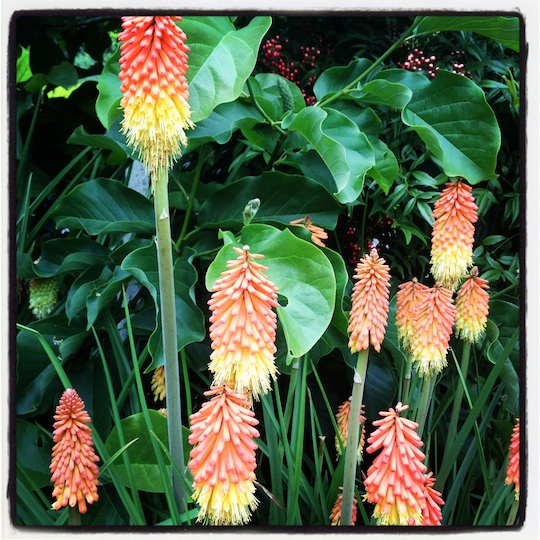 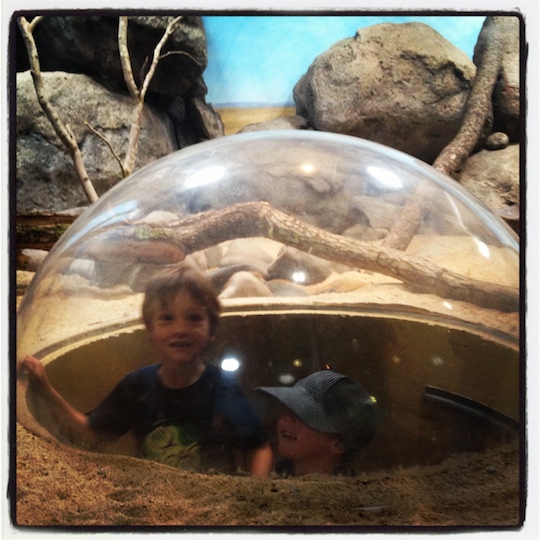 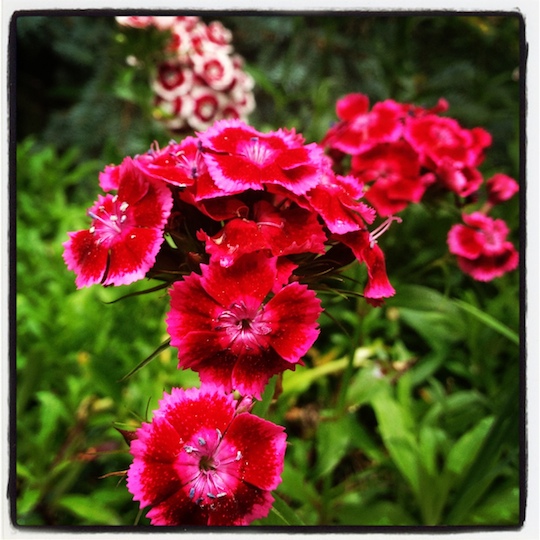 When we got back, Christine made margaritas before we ate at one of Portland’s fun, funky eateries- Porque No?. Why not? 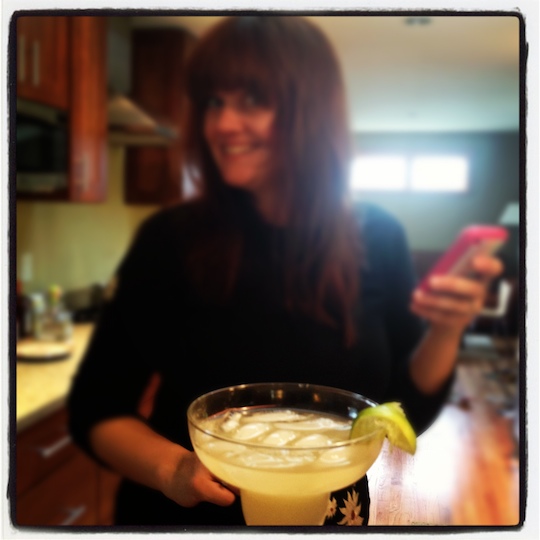 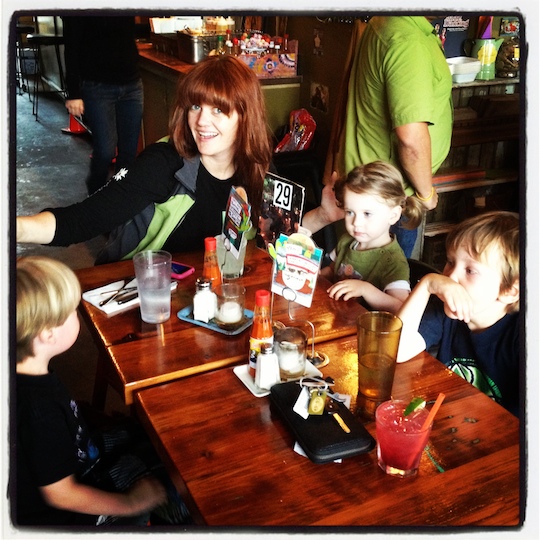 The next morning we woke to lots of rain. I didn’t want to go for a run. Christine kept encouraging me to go. She’d even watch my kids. Isn’t that nice? Eventually, I went and I was so glad I did. I may have gotten a little distracted by all the interesting sights along the way and not run as hard as I could (that’s funny because I never run very hard), but it was a lovely morning outside. 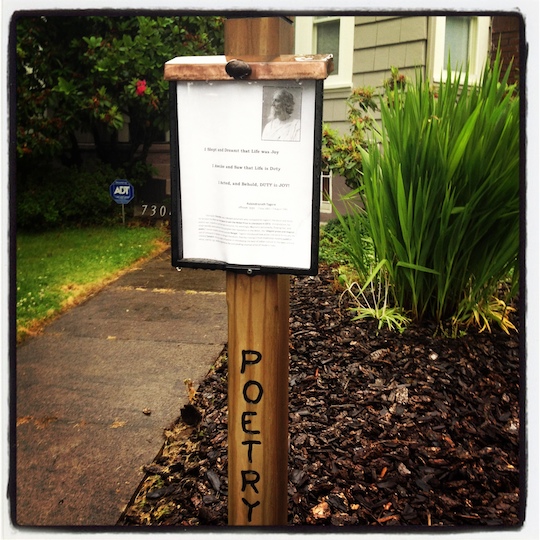 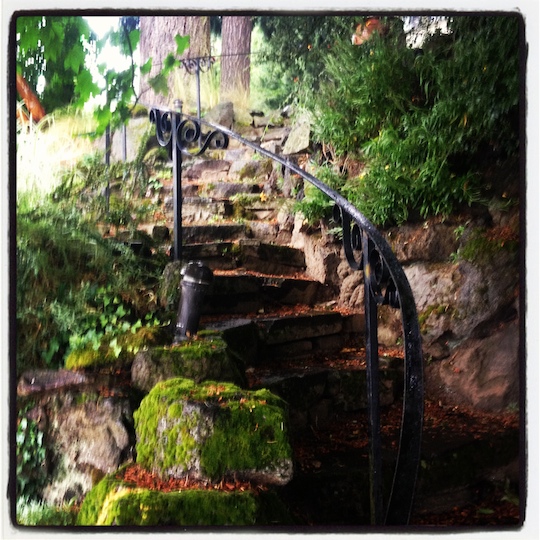 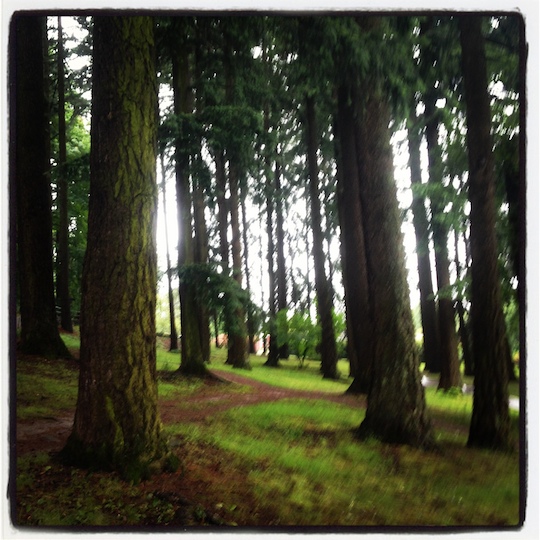 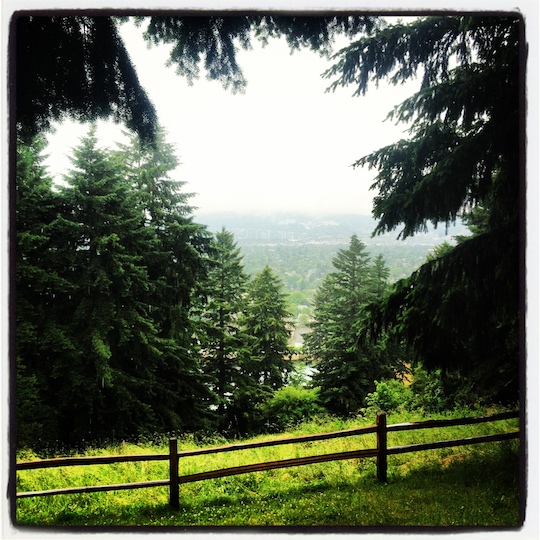 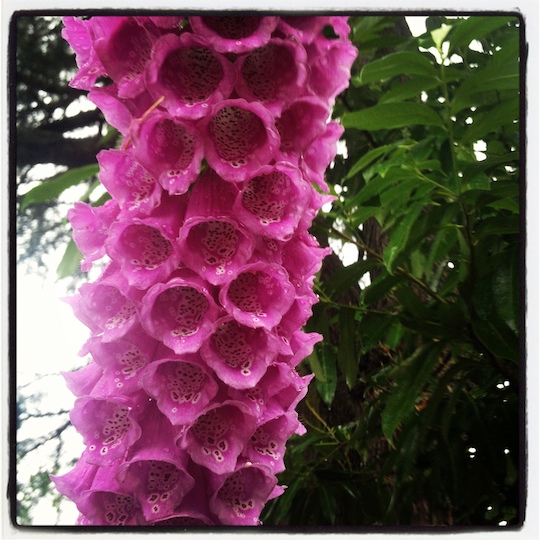 It was still raining around noon, so we took the boys to see a movie. By the time it was over, the skies had cleared (a little) and we knew we needed to let them get some energy out. 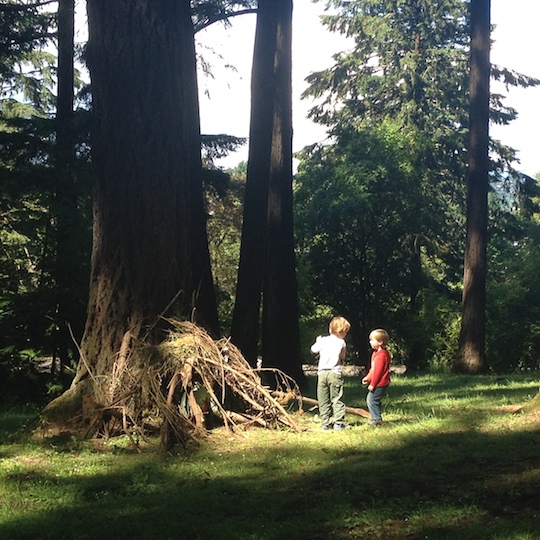 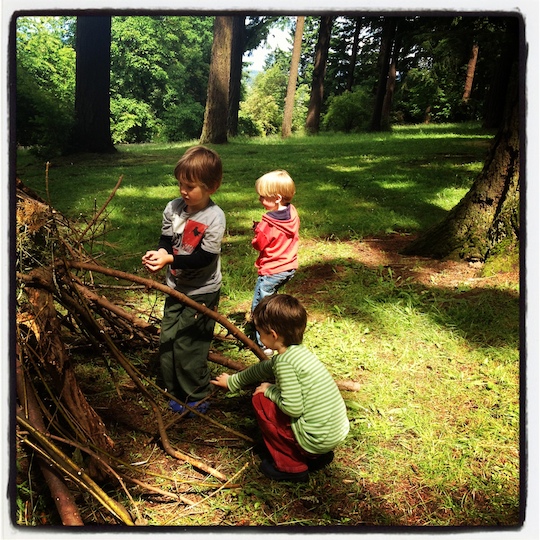 We ended the day with ice cream and cheesy photos. A great last day in Portland. 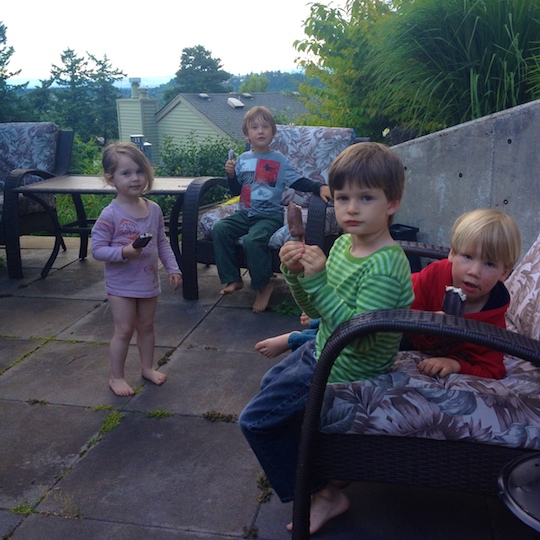 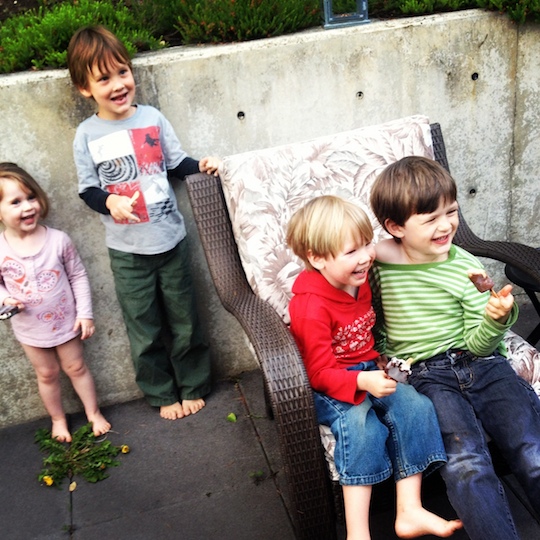 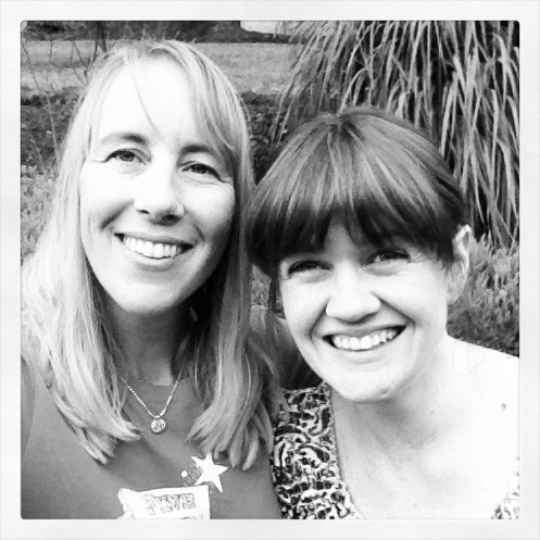