Hello. It’s been awhile, hasn’t it? Did you miss me? I missed you.

The boys and I went on vacation to Oregon. Henry had to work, but we had tons of free time, so we decided to head out west and see what was going on in the Beaver State. Turns out, a lot.

We left after lunch and swimming lessons, and drove the 6.5 hours to Spokane. Of course, we had to make a few stops along the way, and didn’t get there until 10 p.m. And that’s with the time difference. 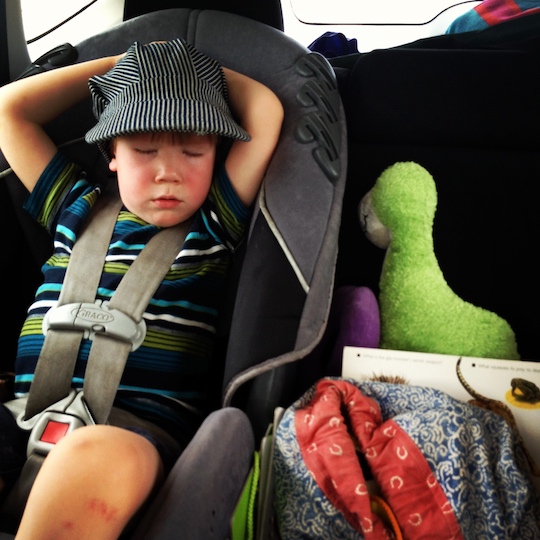 Finn took a little nap on the way, so he’d be refreshed and ready to go upon arriving in Washington. 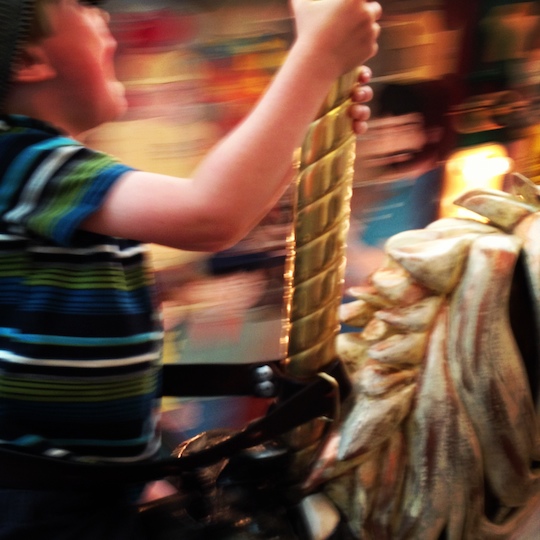 A ride on the carousel in Missoula got the blood pumping. 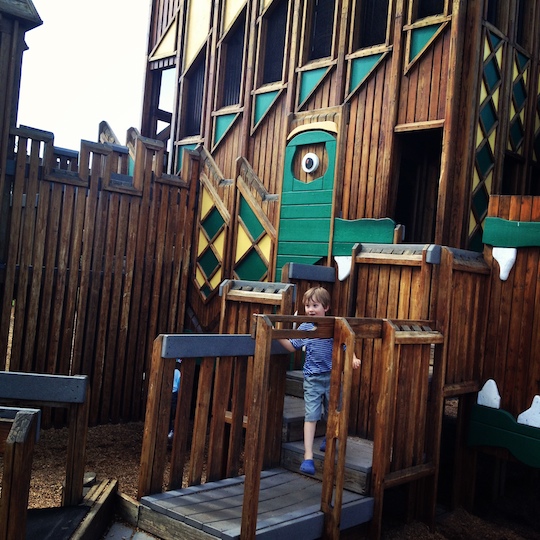 Running around the Dragon’s Hollow playground to release some energy.

The next morning I ran intervals on the hotel gym’s treadmill and we all ate a disgusting breakfast before driving through eastern Washington to the Columbia River. This was definitely the most visually boring section of the drive, but we listened to podcasts (me), read books (Anders) and played with dinosaurs (Finn), so we were all pretty happy. After stopping at a playground in some town, we put on the Swiss Family Robinson audio book and imagined ourselves trapped on a deserted island. Then after four hours in the car, I handed out the iPad and iPod and let them go to town on (educational) games and apps. It’s not like we’re Amish. 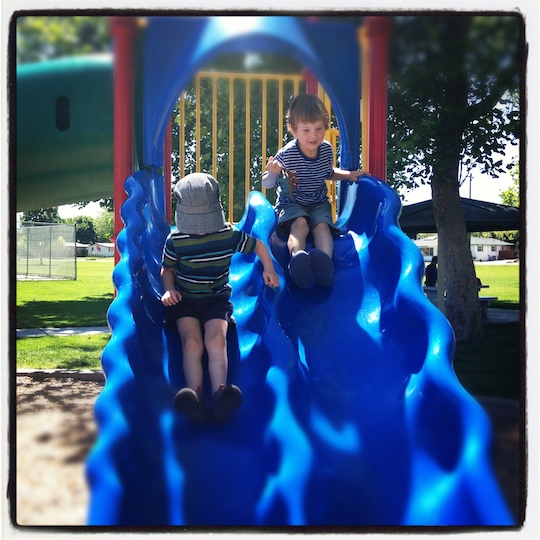 The Columbia River section was a lot more interesting, and sometimes disturbing, than the Eastern Washington section. Big dams, large lakes and small towns whizzed by our windows. We stopped at The Dalles for lunch and toured the Army Corps of Engineers Visitor Center. And, of course, we went for a little walk. I need to get out pent up energy, too. 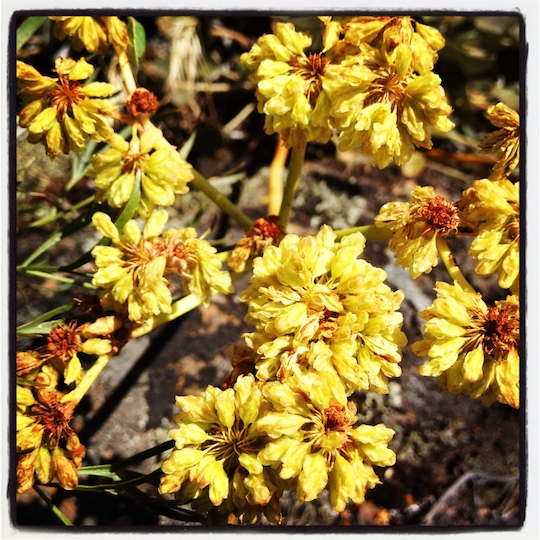 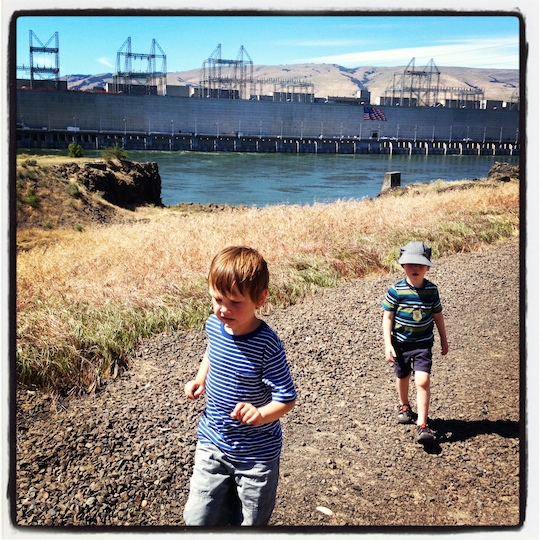 Two days later, we arrived in Portland. we spent four night at my friends Christine and Drew’s house. Christine and I have known each other since she was in 7th grade and I was in 8th grade. We were on the Sequoia Middle School drill team together. Yeah, we were that cool.

Drew was in Amsterdam, so Christine made us an awesome dinner and we got to hang out with her 2-year-old daughter Nora, and her almost-5-year-old son, Henry. Ruckus ensued.

What did we do next, you wonder? You’ll have to wait for my next gripping post to find out. 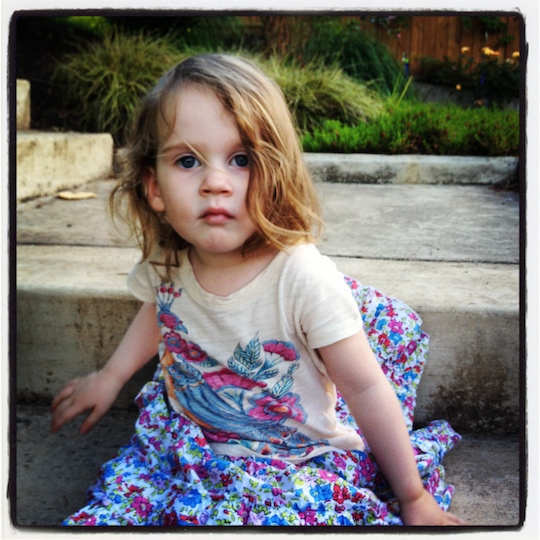 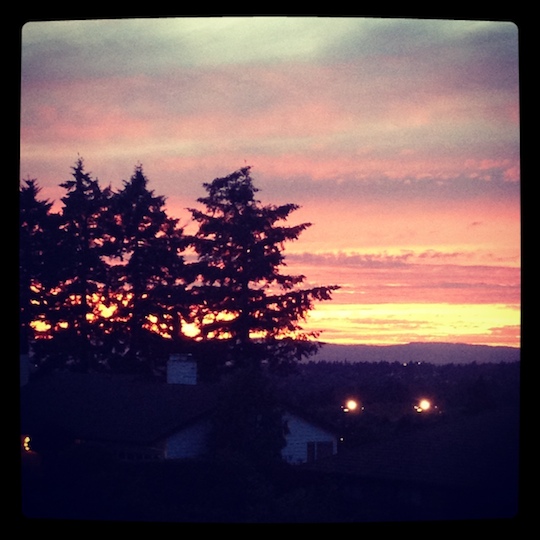 1 thought on “{Oregon} getting there”