It’s sure taking me a long time to get through these Oregon photos, isn’t it? In the meantime we’ve celebrated the 4th of July Livingston-style, attended the Montana Herb Gathering, celebrated birthdays, played at soccer camp and beat drums at drumming camp. Whew!

I mentioned that one of my posts disappeared. Somehow my friend Chris (you’ll hear about him later in this post, but no pictures–I blew it on that one) found the post somewhere in Internetland and recovered it. Chris is awesome. You can read that post here and I even added on to it, so now it is double the size of the original post. Making lemonade, I am.

In other news, you may have noticed a paucity of Henry info and photos in these last posts. That’s because he is working his tail off. It’s not so bad, though since he is up in the Arctic with polar bears, walruses, whales and birds galore. You can read about some of his experiences on the Polar Bears International blog. 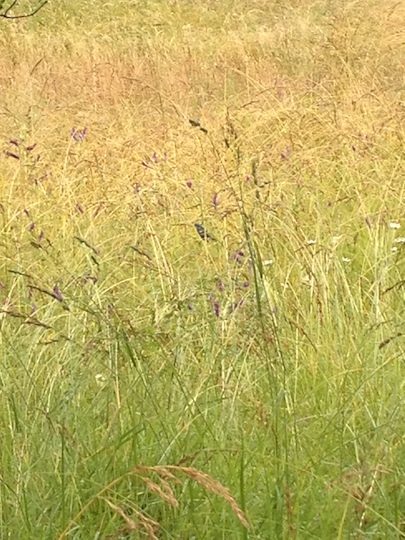 From the beach we drove to Eugene, home of University of Oregon (where I went to grad school) and several of my UO friends. We got into town and went straight to Todd and Christina’s. I haven’t seen them in eleven years, but they hosted a little dinner for us and I got to catch up with them and some other friends, Amy and Steve. I didn’t take any pictures, but I so enjoyed seeing everyone, meeting their kids and finding out what they are up to these days.

After dinner we drove over to Julie and Chris’ house. You may remember them from our trip to Glacier a couple years ago. They blog about their lives at Eugenious (great name, huh?).

After getting the boys to bed–not as easy as it sounds–I got to chat with Julie and Chris. Like Christine, they are the kind of friends that I instantly connect with. No preamble, just dive-in connection.

Chris had to work the next day, but Julie and I took the four monkeys to Mt. Pisgah. I did take pictures of that. 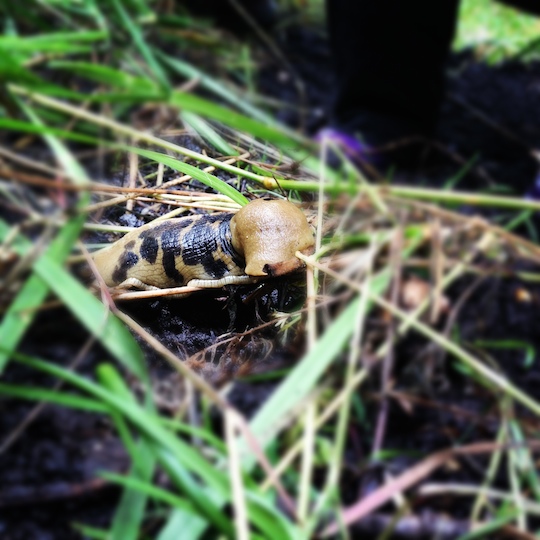 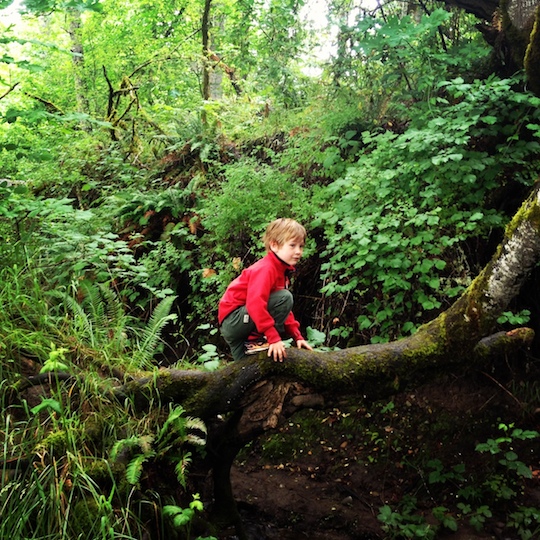 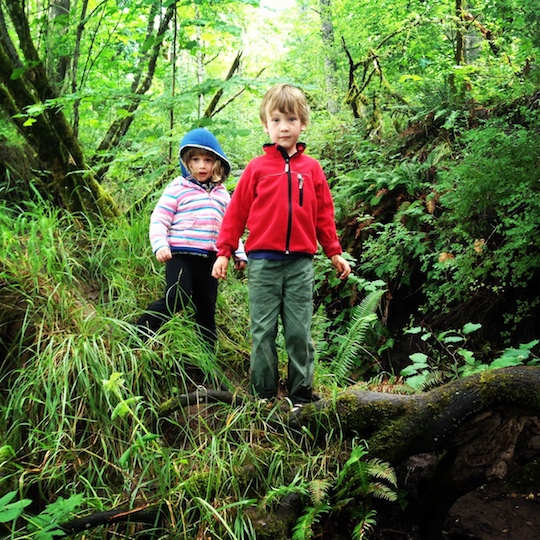 Elena and Anders standing on a tree. 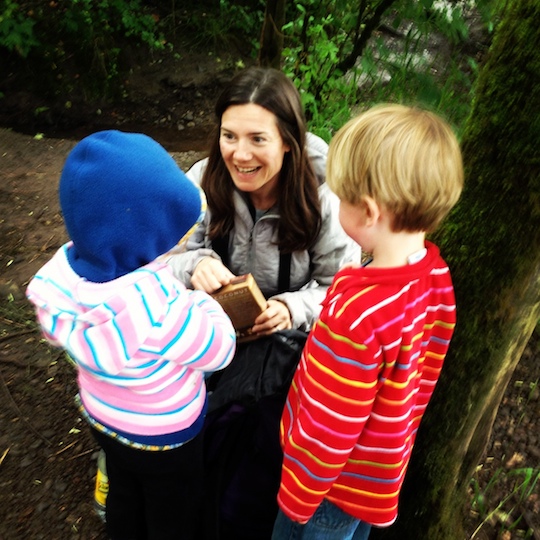 Can he make it across? 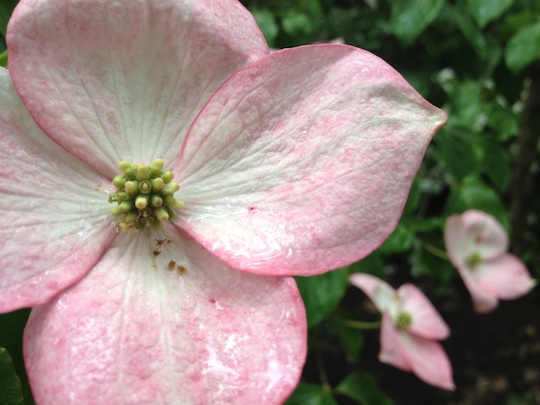 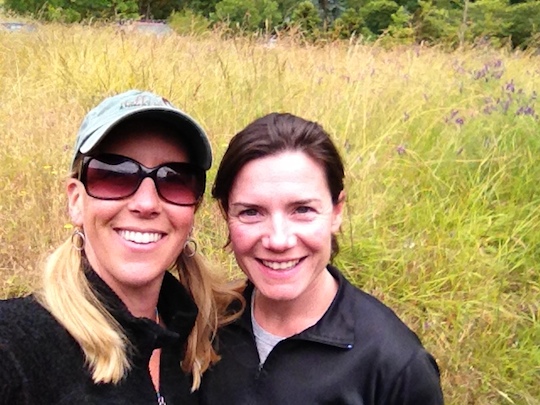 That’s me and Julie. 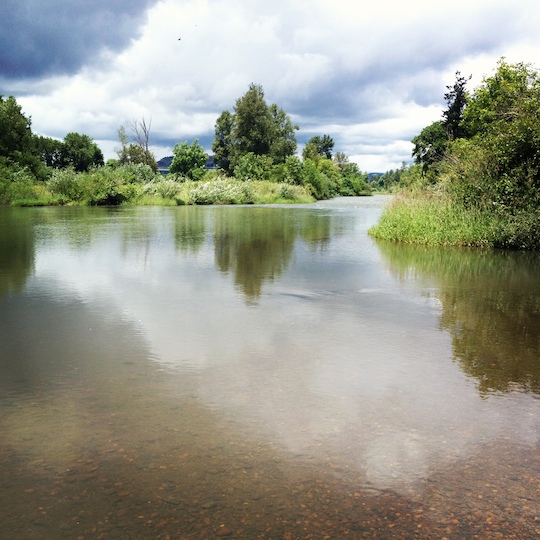 Coast Fork of the Willamette. 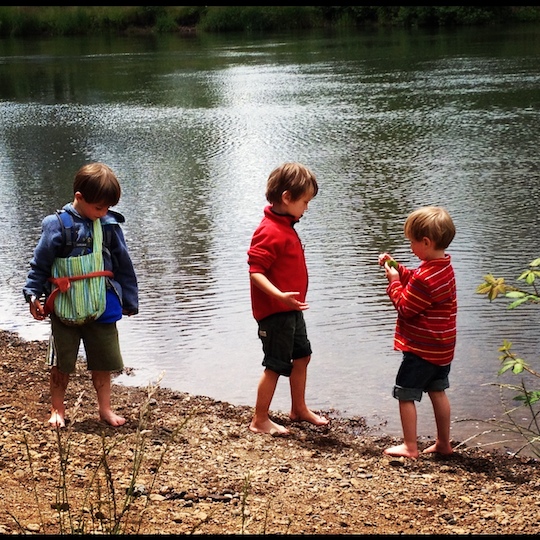 Sylvan, Anders and Finn play on the beach. 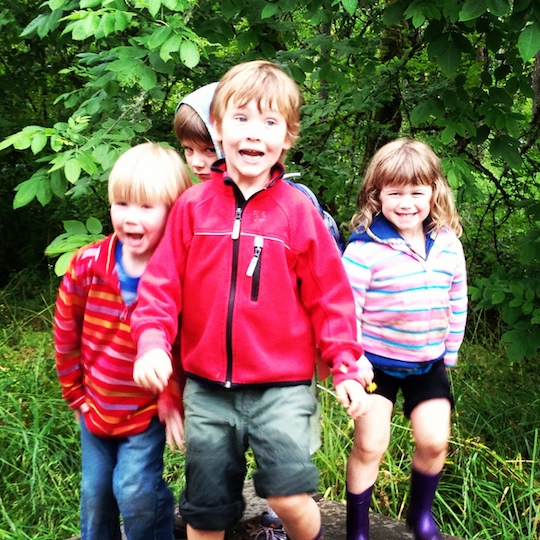 You try taking a good photo of four kids on a stump. Seriously, try, we could use one.

We just had one full day in Eugene, but it was fun. We ended the day with a pizza night at a local bakery. They put a bunch of tables outside and it felt like a block party. We loved it.