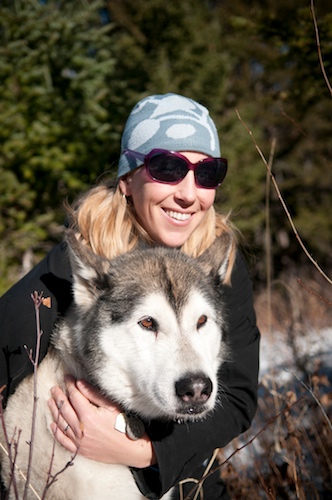 I know I talk about my dog a lot, but let’s face it–he’s adorable. He’s also smart, independent and wild, all things I aspire to be. He’s also driving me crazy.

Rigby and I made a deal a few years ago that he wouldn’t get older. He has not kept the deal. In fact, he is almost 10.5 years old. And it shows. He has arthritis in his back end, so he can’t run up mountains like he used to. It also means he poops in the house. A lot.

I won’t go into the details since it requires the word “sphincter” and I hate that word and refuse to use it on my blog. But, basically the inflammation from his arthritis puts pressure on something and he doesn’t get the urge to poop. It kind of hits him by surprise and he has to let loose wherever he is. That could be in the house, crossing the street while cars are waiting, or on the sidewalk in front of a homeowner with a pissed look on his face. Yes, all these things have happened.

My sweet Henry took Rigby to the vet. He’s on steroids now (the dog, Henry is naturally buff) and it’s not helping. The vet also said we can expect Rigby to be paralyzed in his hind end within a year. Then I get to decide when he dies. I don’t like this future scenario and really think Rigby should have kept his promise to not get old.

On our hike to find our Christmas tree, our friend Meggan came along. She is a photographer–and a darn good one– and took some family photos for us. I made sure she took a few of Rigby and I. It’s probably his last tree hunt. 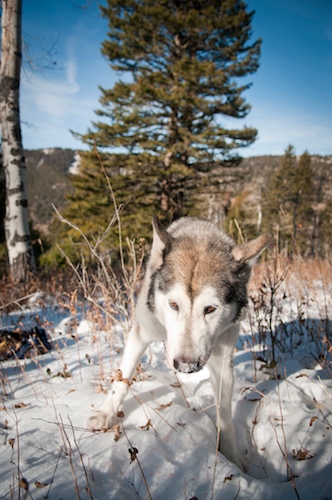 Luckily he found a gut pile left out by some hunters and ate until he couldn’t eat anymore. That dog knows how to live life to the fullest. I just wish he’d stop pooping in the house. 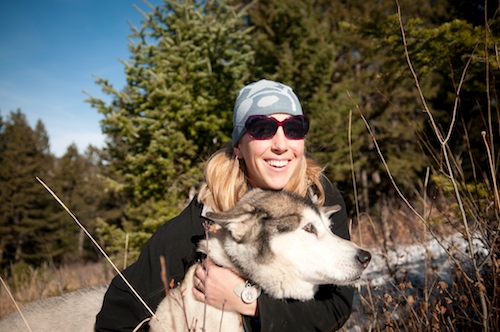 7 thoughts on “One more year”