Last week Finn had his tonsils and adenoids out and ear tubes put in. He’s doing pretty well, although a bit clingy and a lot cry-y. In the end, it will all be good. Now that he can hear (the doctor said it’s like he has been underwater) he is already talking more than ever and with more vocab and increased sentence sophistication. With the tonsils out, he has stopped snoring like a bear. He’s sleeping even less, though. Henry thinks all the extra oxygen getting to his brain is energizing him.

All this to explain why I haven’t blogged in a bit.

The weekend before the surgery (and my first ever overnight in a hospital) we hit the trail in search of the perfect Christmas tree.

We chose Suce Creek due to its close proximity to Livingston and since we’ve gotten trees there twice before, we knew where to look. The sky was blue, the snow sparkly. We drove as far as we could up the road, parked and walked up to the trailhead. 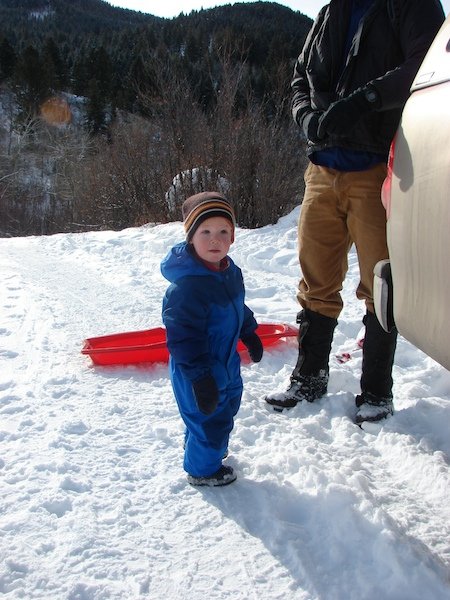 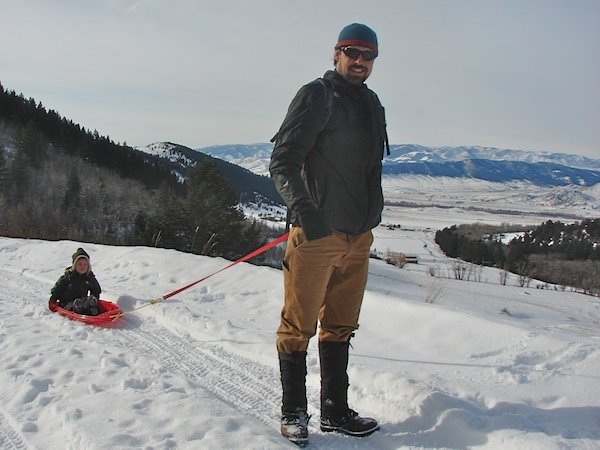 Anders likes to travel in style. 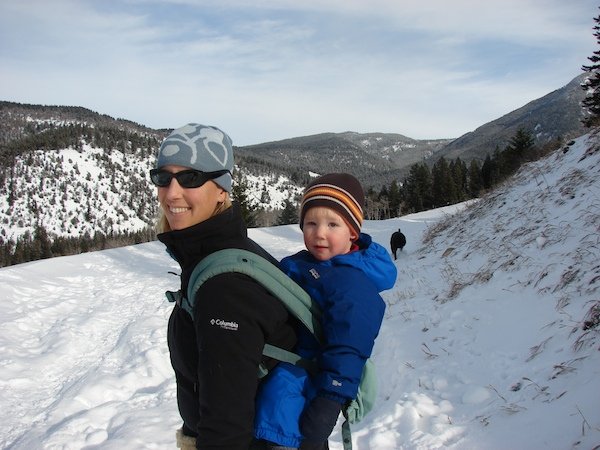 Finn in his rightful place. “Walking is for suckers!” 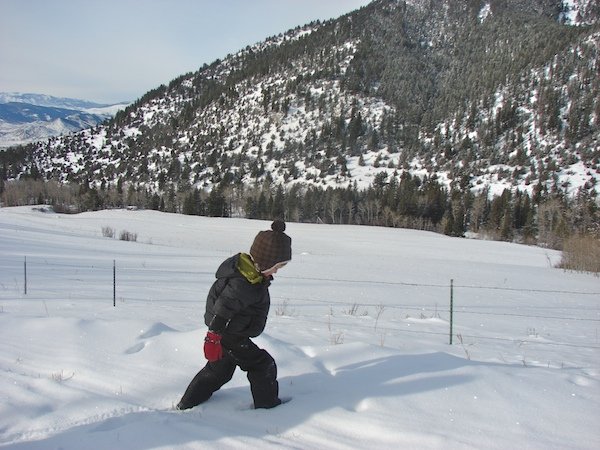 Anders must always walk off trail in the deepest snow. 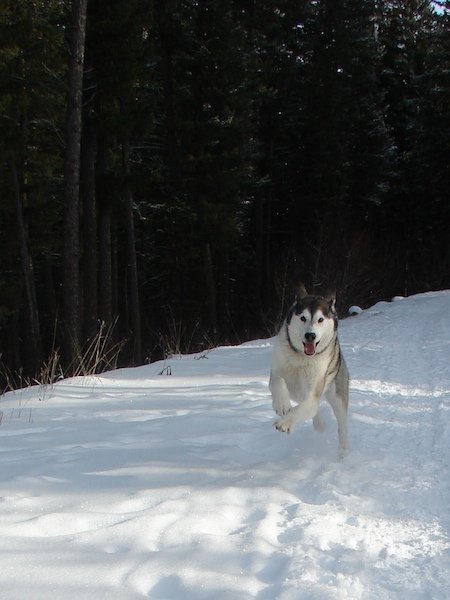 Wilderness Dog! If only he was wearing a cape… 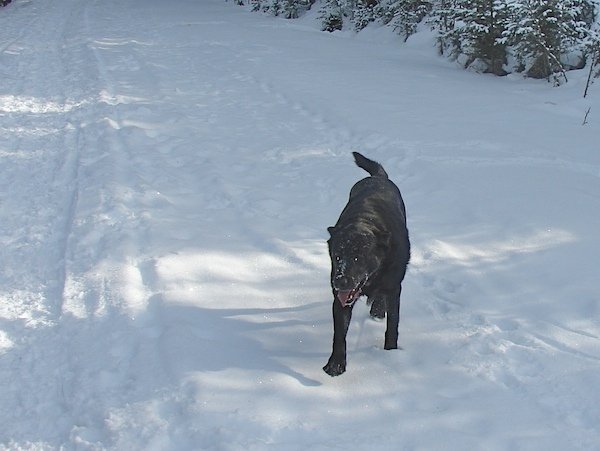 So happy to be in the snow. Even happier once he finds a stick. 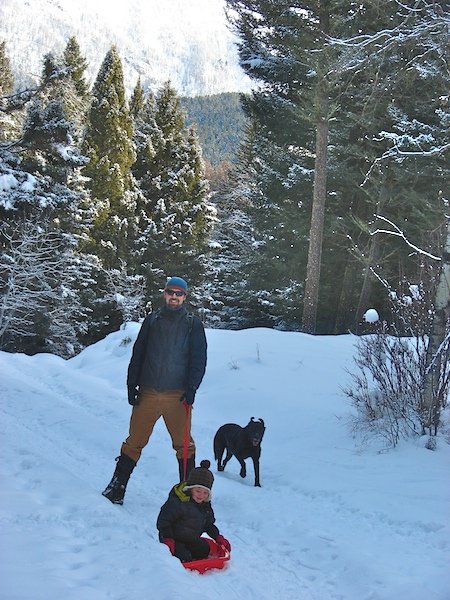 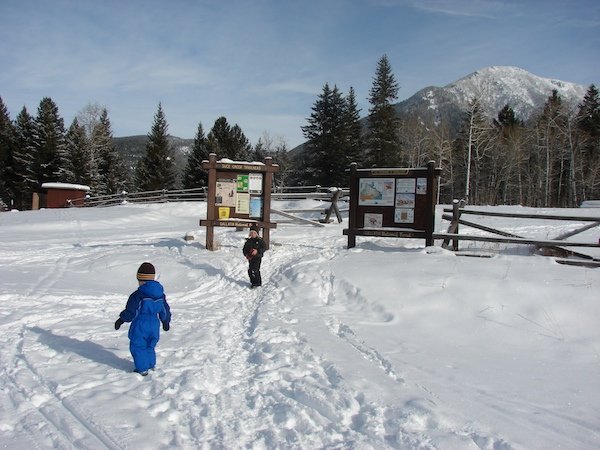 Playing at the trailhead. 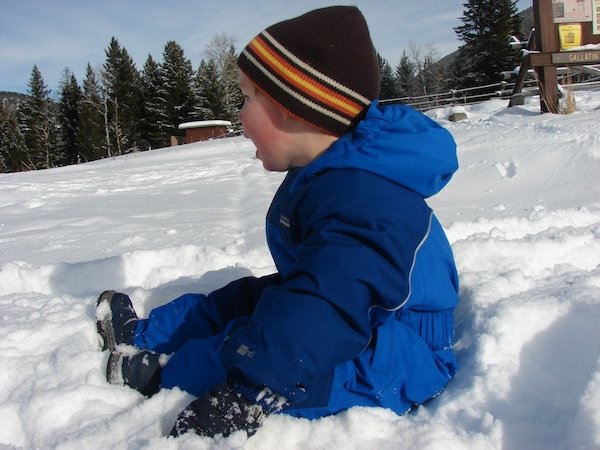 Upon reaching the trailhead, Anders began to melt down. He was super tired (but don’t dare tell him that) and he just lost it. The trip to a decided turn as we tried to get him up the trail to the closest tree possible.

Since Henry was pulling Anders in the sled and I was carrying Finn, I walked ahead to take some photos. 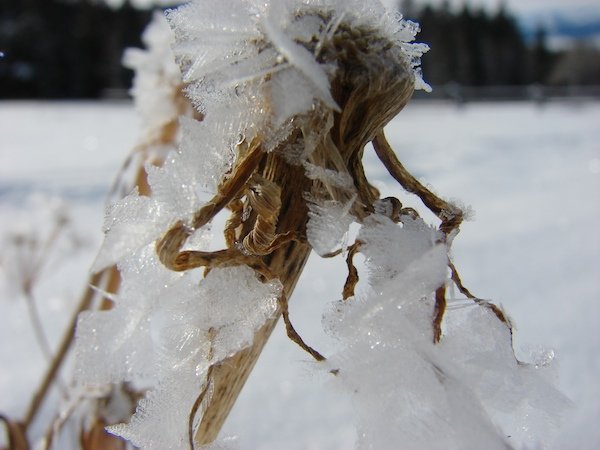 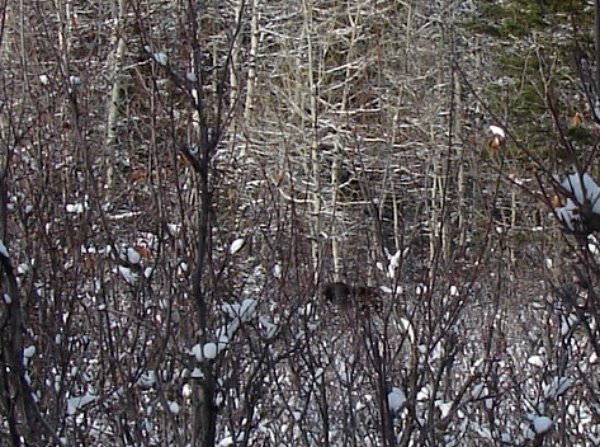 Look very carefully near the center of the photo. That dark shape is a moose. 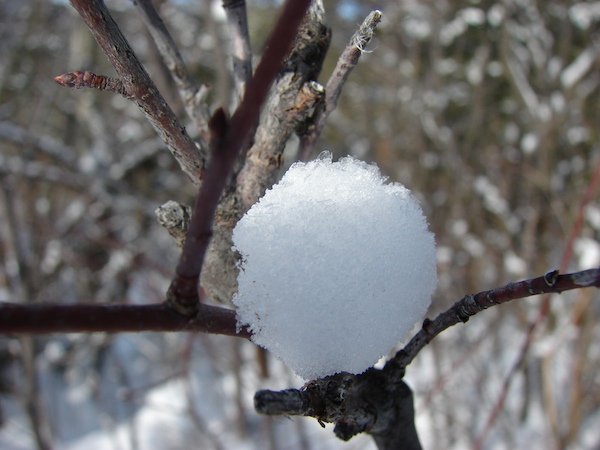 Instead of looking for the perfect tree, we opted for the closest tree, so we could GET OUT OF THERE. 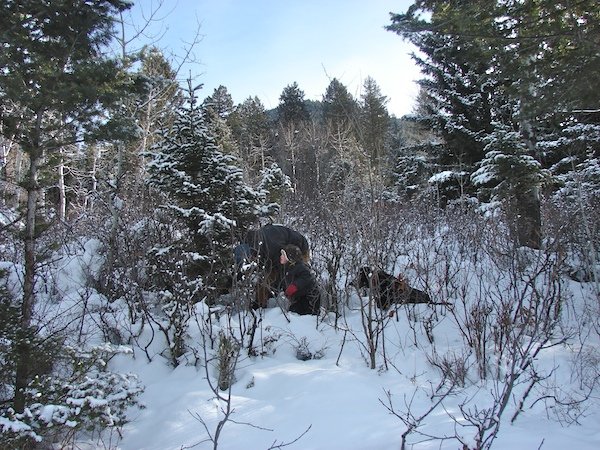 The perfect tree…or the closest one that will fit in the house. 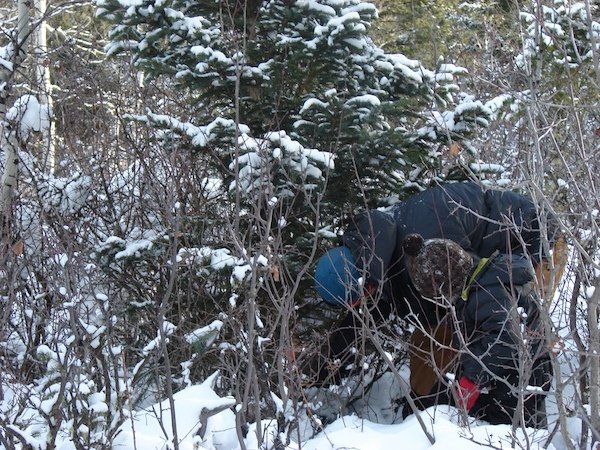 Anders pulls it together long enough to assist in the sawing.

Then I pulled Anders out in the sled (Finn was not allowed anywhere near him, so he stayed in the pack) and Henry lugged the tree.

Anders was asleep within minutes of getting into the truck. 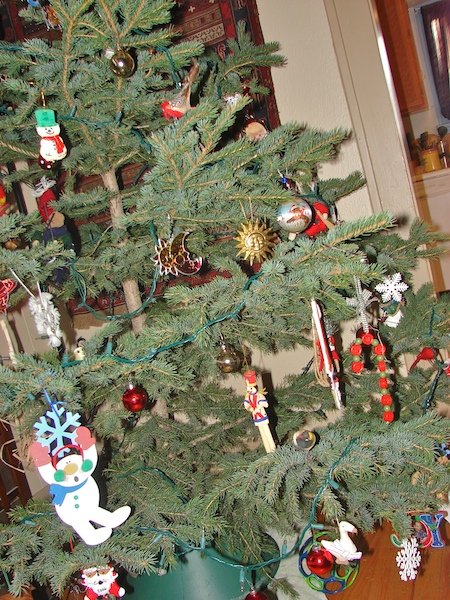 The tree is branchless on one side, which works well in our corner. It does lean a bit to one side and there are a lot more ornaments on the bottom two feet, but we like it.