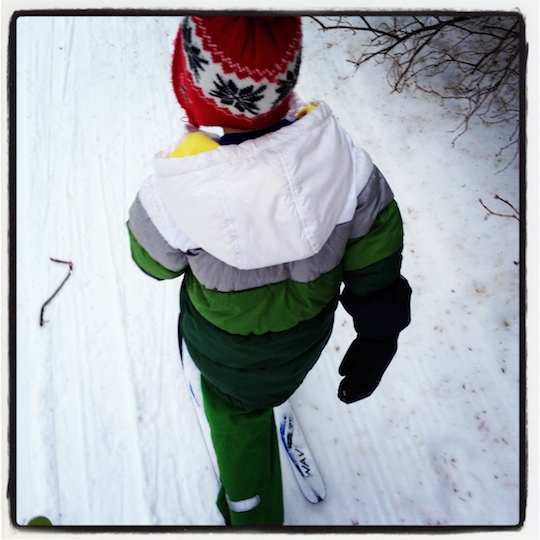 This winter I signed Anders up for Nordic Youth Ski League, the little kids’ division of Bridger Ski Foundation. We are in it for the fun, of course, but BSF has sent kids to the Olympics. It’s a world class organization for both kids who want to compete at a high level, and for kids who want to ski recreationally with their friends. 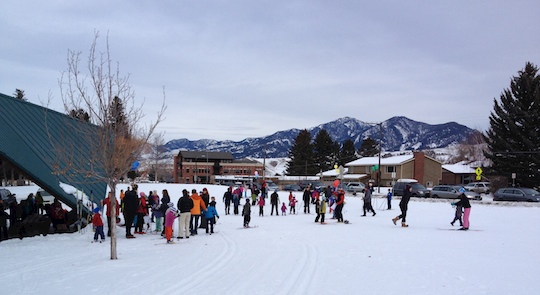 YSL kids finding their groups and getting ready to ski. 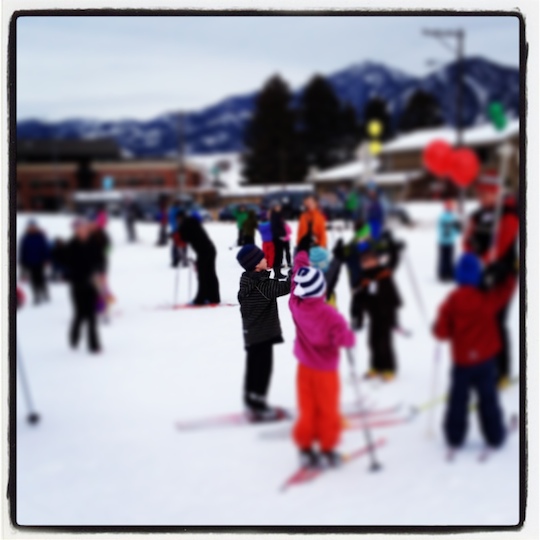 I just want my kids to like cross-country skiing as a family. That’s kind of a tall order given the lure of the easier, and faster alpine skiing. (BSF also has an alpine league.) I’m getting them started early so it’s something easy for them to do. Nordic skiing (and probably alpine skiing) is a lifelong sport. Learn it when you are two and you can do it well into old age.

So far Anders has been loving YSL. He says it is his favorite activity (better than gymnastics or swimming!). Once a week we drive over to Bozeman and Anders skis around with six other five and six-year-olds. His instructor says he tries really hard. That’s even better than being really good, in my book.

While Anders skis with the group, Finn and I kick and glide around the park together. Finn has wanted to ski every week, which makes my happy. He’s the one I fear will turn to alpine. Not that there is anything wrong with alpine skiing; they can get into that, too. But, I would love to have proficient Nordic skiers that I can invite to ski with me sometimes. 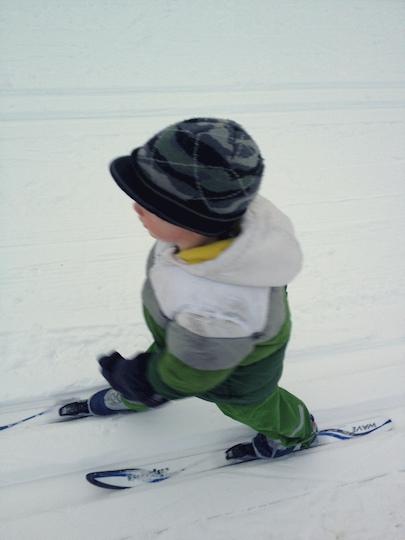 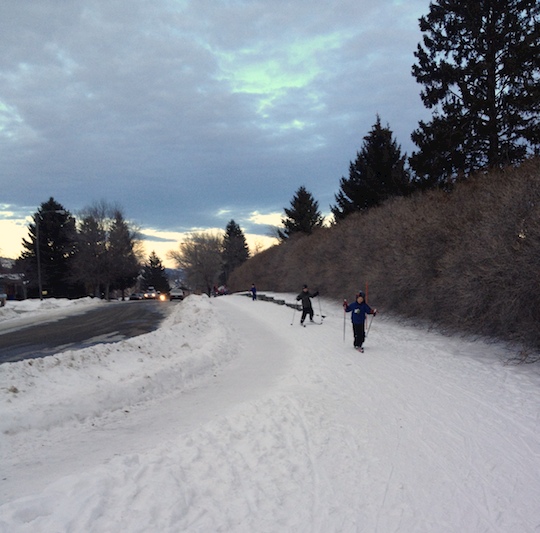 Finn and I ran into Anders’ group during our outing. 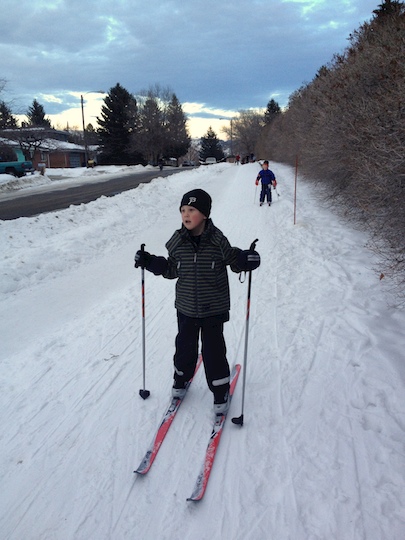