This morning we set out for the Museo Lituano Olgbrum, the Lithuanian Museum. Apparently a lot of Lithuanians settled in this area of Argentina (there are about 8 Lithuanian families here, now). Apparently, Lithuanains open their museums at 5pm, so we dinked around Esquel for a while then went back to the cabaña for lunch and a nap. (Apparently, Anders does not eat peas today, although he gobbled them up last night.)

After naptime we headed into town for pizza and a Fanta. Whenever Im out of the country I like to drink Fanta; I dont know whyI never drink it at home. Maybe its the glass bottles. Then back to the Museo Olgbrum.

One interesting thing I discovered is that the clock in the rental car is an hour late. So, we showed up 45 minutes before they opened. It took me 2.5 weeks to discover this, so you can see we havent been on much of a time schedule. Or maybe the time changed, I think we sprang forward in the U.S.

There are lots of fun things to do outside the Museo, however. There are beautiful walkways lined with lavender (Big H gave me some lavender the summer before last and I was so excited, but I think I planted it too late or something, because it didnt take. Im hoping to try again this year, especially after this visit). As we walked down the paths the aroma of lavender wafted into our nosesit was wonderful. 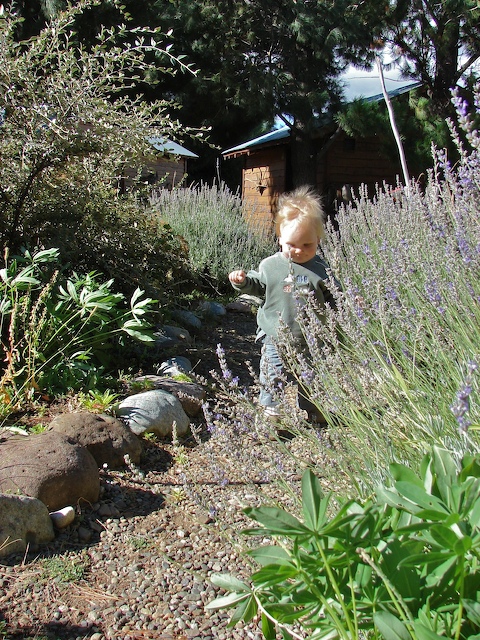 Anders enjoyed the swings, slide and a little playhouse. He would stand inside the house, poke his head out at me and laugh uproariously. He thought it was hysterical when I peaked in the window at him. He couldnt get over how funny it was when I stuck my arm in and tried to tickle him. I almost couldnt get him out. 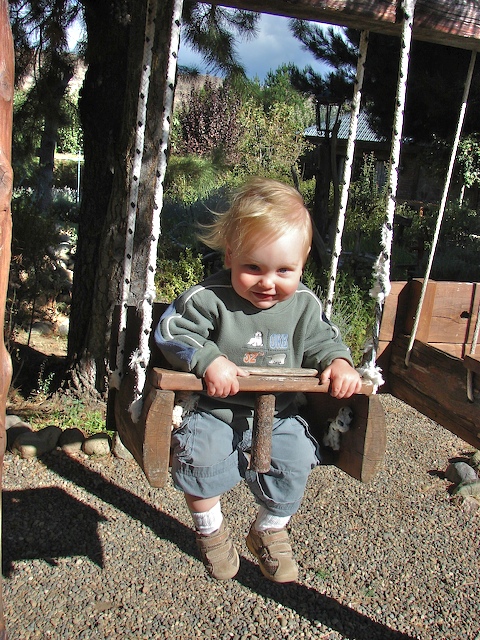 Swinging his cares away on the handmade swing set 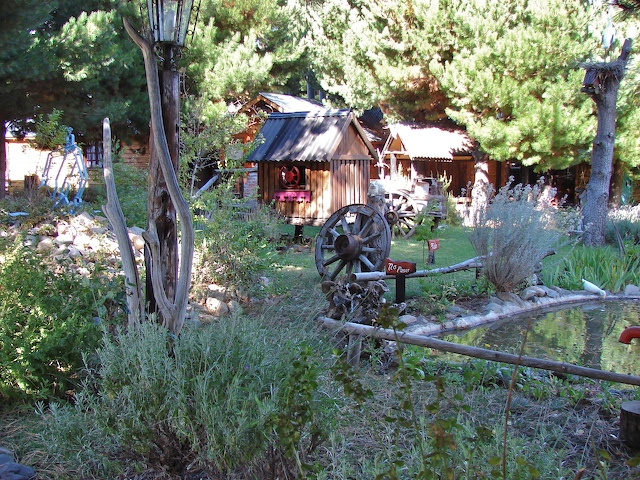 The gardens–there is a lot going on there… 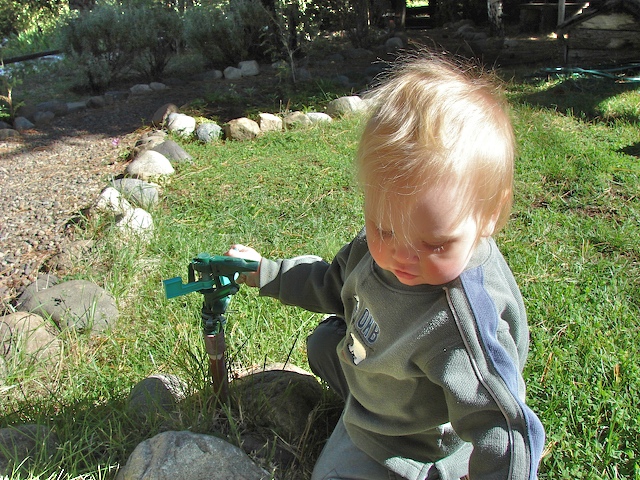 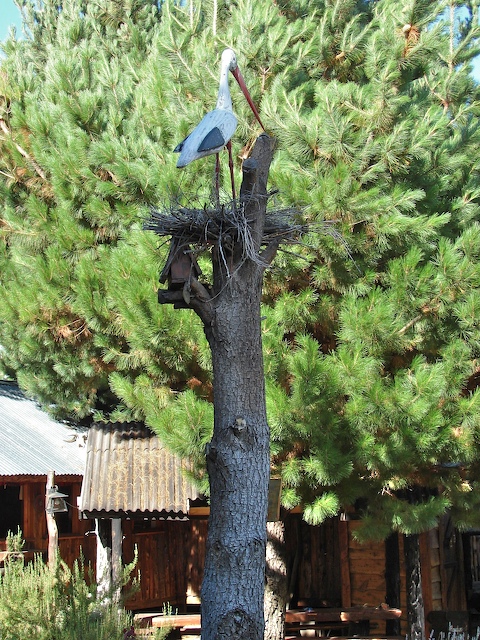 Bird on a stick 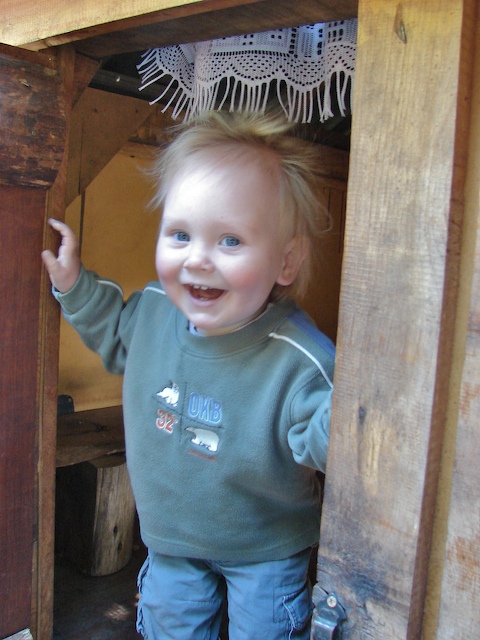 Yucking it up in the play house 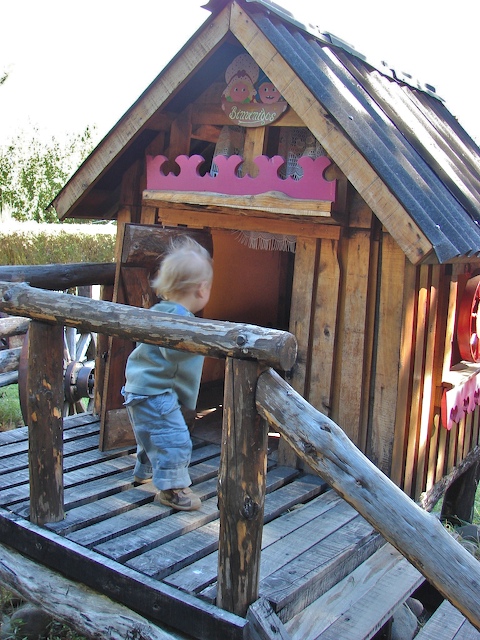 You can’t keep a man from his castle.

Eventually, the museum opened. Its really four small rooms thematically displayed with Lithuanian items. The woman who owns the place (with her husband) gave us a personal tourin Castillano. (Castillano is basically Spanish with a jzsh sound in lieu of the typical Spanish y and ll. My Spanish is pretty poor anyway, but throw in that lispy noise and I can barely understand anything.)

She spent an hour with Anders and me explaining the different items and the lifestyle of the Lithuanian people here and in Lithuania. Anders liked when she played the accordion. I was actually fairly impressed by how much I got out of itI guess it helps when there are so many props.

The first room had a printing press, which was used to print the Lithuanian newspaper when the immigrants first arrived. There was also a machine that had a label very similar to guillotine, but I think something was lost in translation. It did look a bit like a guillotine, but I think it was used to cut reams of paper.

The next room had clothes, a record player, the aforementioned accordion, and things you would find around the home. The third room was filled with pictures of the couples trip to Lithuania, the Lithuanian President at the museum presenting the couple with a metal, money, maps and posters of Lithuanian today. The fourth room had a bunch of amber and amber jewelry (I was glad I already understood the process of how amber is created, because I missed most of her explanation) and we got to look a insects frozen in time in the amber with a magnifying glass. Plus, there were shells, rocks and geodes, ostensibly all from Lithuania.

Next we walked next door to their small chacra orgánica (organic farm) and admired the rabbits, ducks, turkeys, pheasants, chickens, compost pile, garden and greenhouse. And of course, it all ended with a trip to the gift shop. 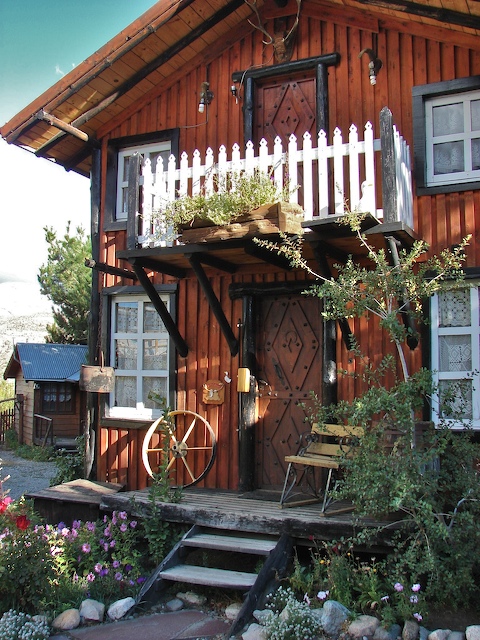 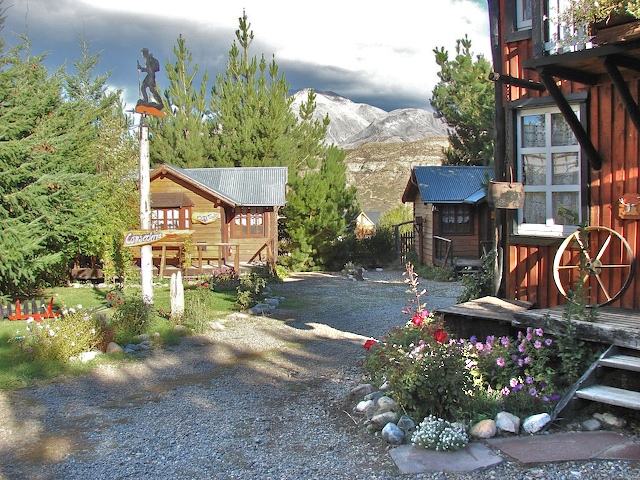