Driving up the Old Fall River Road is exciting. This dirt road was the original road through the park, built in the 20s (I think) to give visitors a way to cross the Continental Divide by vehicle. It looks about the same now as it did then–steep and winding. These days the road is one-way and only open in the summer. Due to heavy snow this year, the road didn’t open until a week before we got there.

About 6.5 miles up the Old Fall River Road is the Chapin Creek Trailhead and very limited parking. A trail leads down to Chapin Creek and another up Mount Chapin, with access to Mount Chiquita and Ypsilon Mountain. Henry, the boys, my mom, Scott and I went a little way up toward Mount Chapin. I wanted to get us all above treeline.

(In Rocky, treeline is between 11-11,500 feet. It’s the line between subalpine and alpine, or the place where few trees can grow because summer temperature average is below 50 degrees F.)

Scott had to turn back early to drive to Estes Park, to catch his shuttle to DIA, to fly home to California. The rest of us hung out, snacked, played with cameras and dealt with a major meltdown from Anders. He was seriously running across the tundra to who knows where and wailing. I eventually lured him back with elephant flowers (elephants are his favorite animals). My camera batteries died, so no photos of the heart-winning flowers in this post. 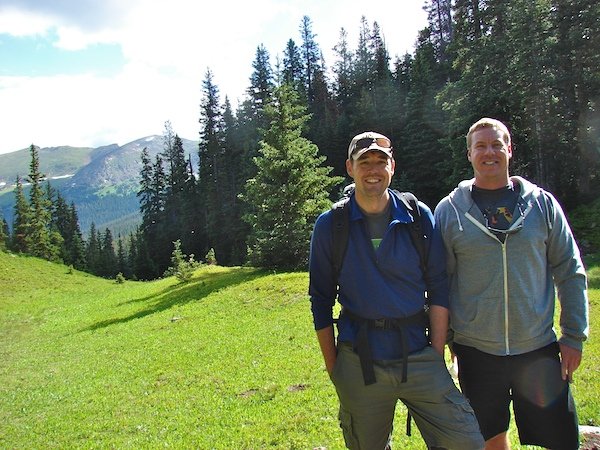 Two handsome dudes in the subalpine. 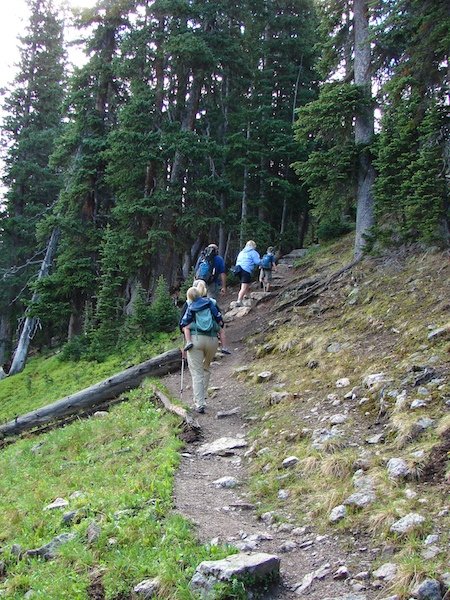 Anders in the lead and Finn running sweep. 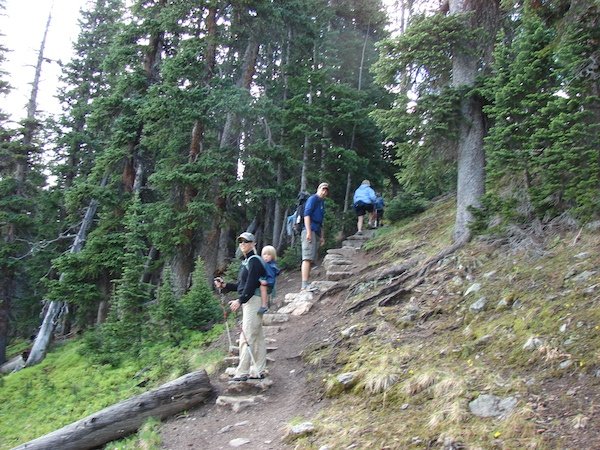 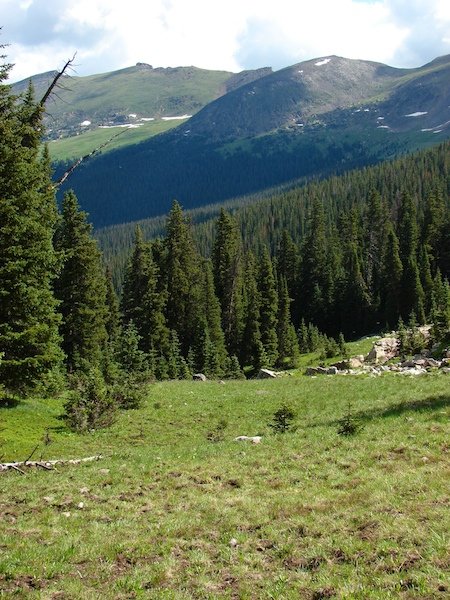 Yeah, it’s pretty up there. 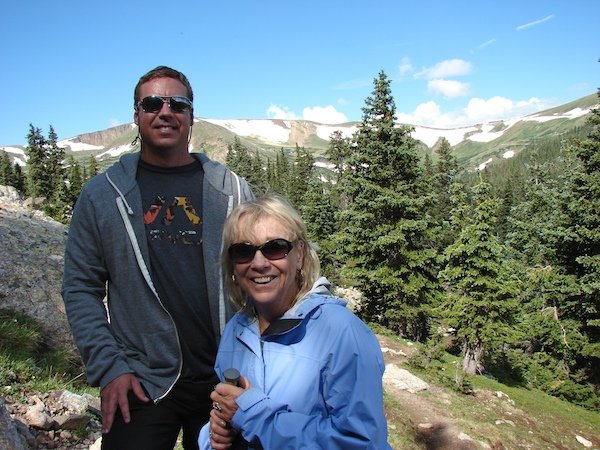 Scott and mom. I am particularly proud of how I positioned them in the light. 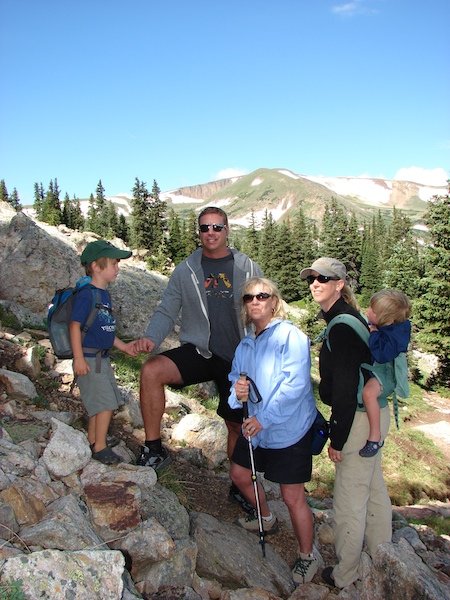 The crew, minus Henry. 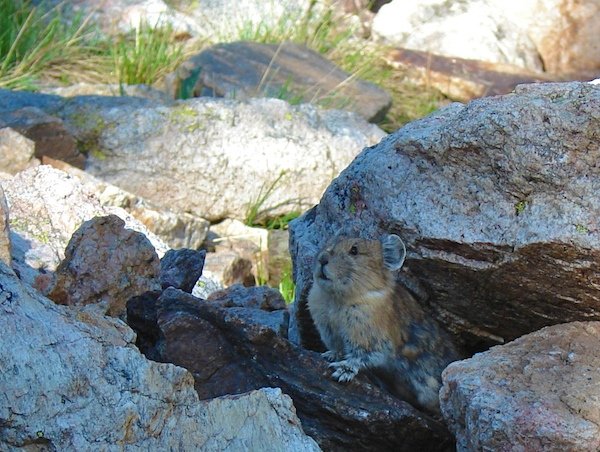 Pika peeks out of the rocks. 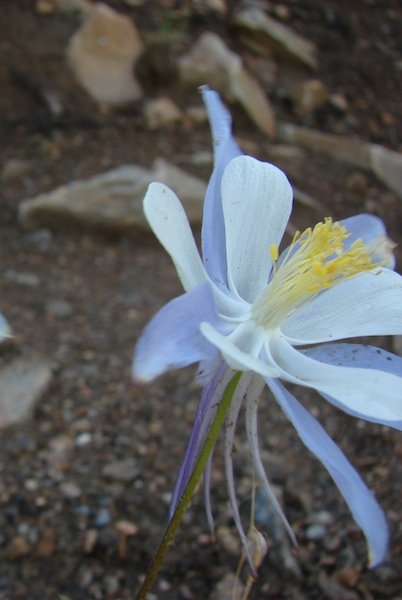 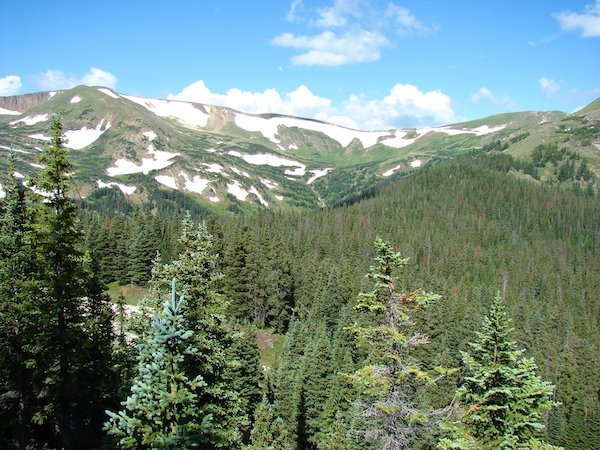 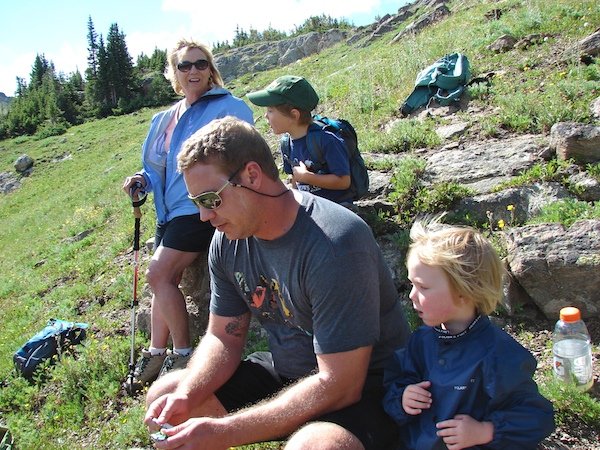 Snack break. Note how both boys are longingly eying food. 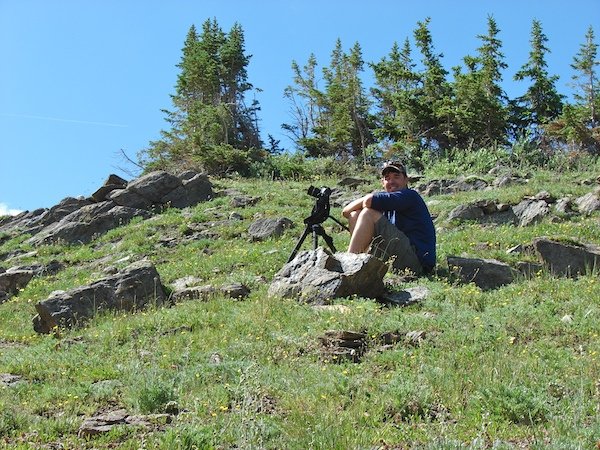 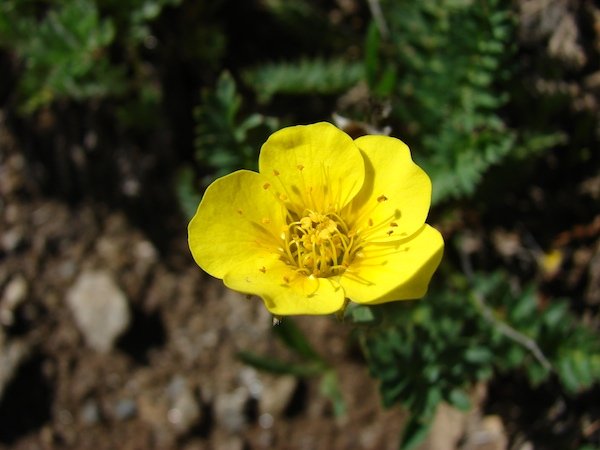 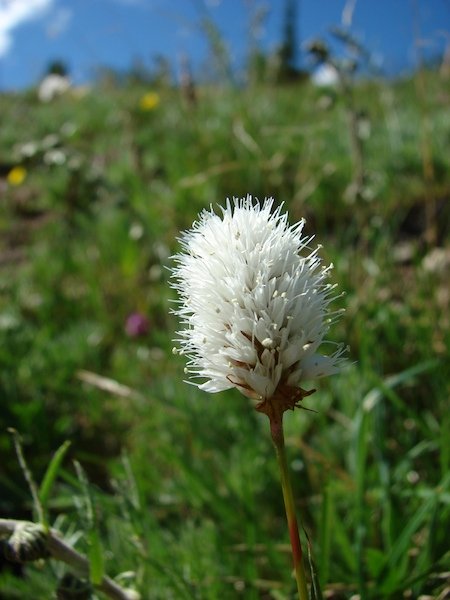 After the hike, we drove the rest of the way up the Old Fall River Road (9 miles total) to the Alpine Visitor Center. 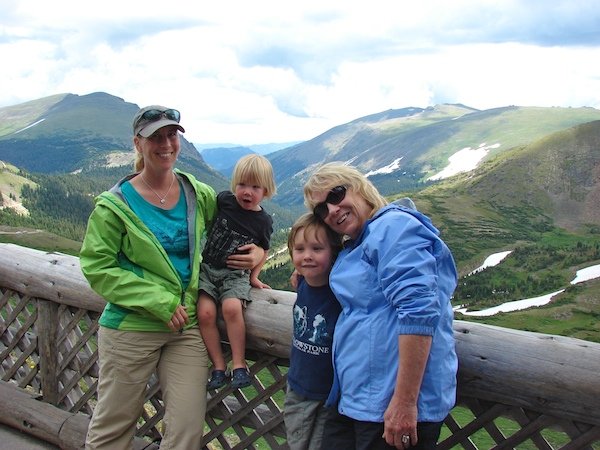 Enjoying the view at the Alpine Visitor Center. 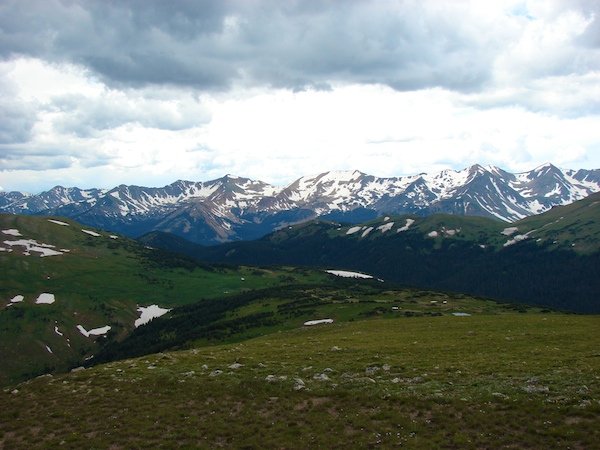 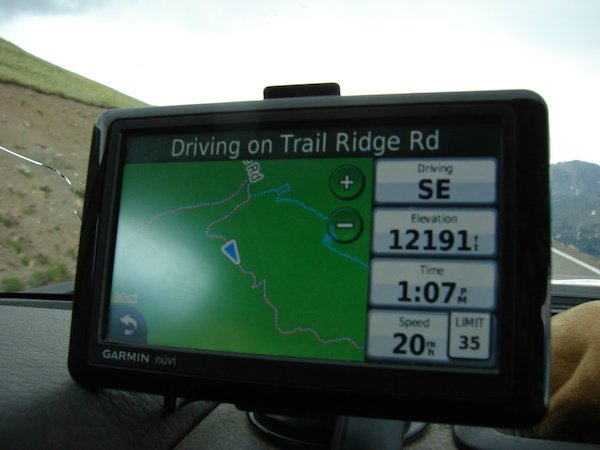 That evening we all went out to celebrate Dan’s 30th birthday. So nice of him to schedule that during our vacation. Our poor buddies were so tired that H and I had to take turns (he had more turns than me) taking one or the other outside. They could not handle waiting for dinner. By now we realized that these kids needed some serious sleep. 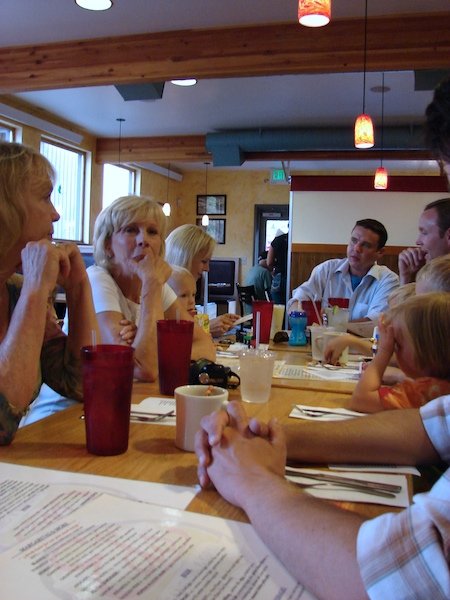 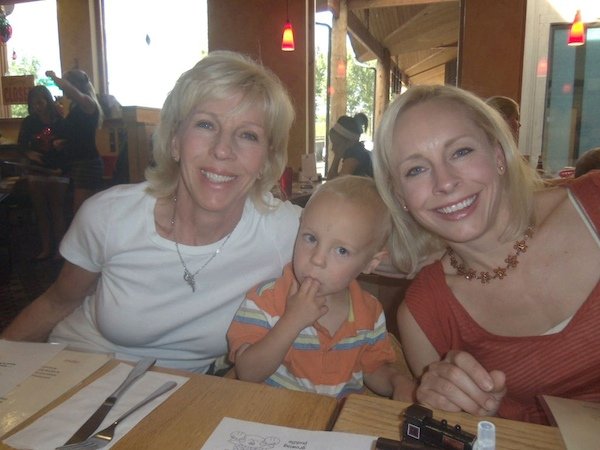 Aunt Nila, Cole and Kristin (Photo by Per) 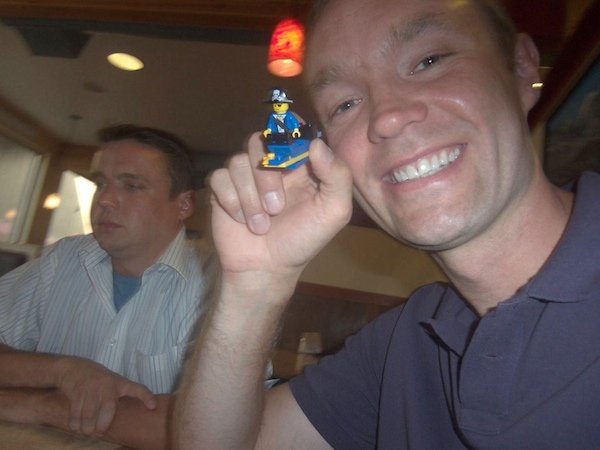 Per and his Lego man (photo by Kristin) 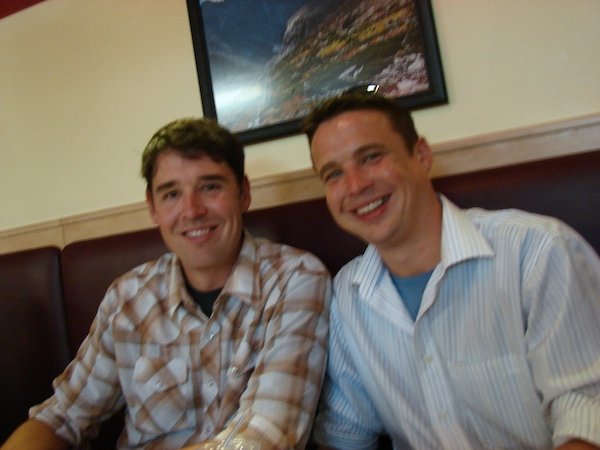 Henry and Dan looked a little blurry after my second avocado margarita.