The last day of mom’s birthday trip started with tea at the Green Tea House in Whitefish. I love that place and as I expected, mom loved it, too.

Then we hit the road, driving along the southern boundary of Glacier NP. We stopped at Goat Lick (in the park) to check out the mineral licks where mountain goats gather in the spring. Since it was late summer/early fall, no goats were seen.

Learn all about Goat Lick here. 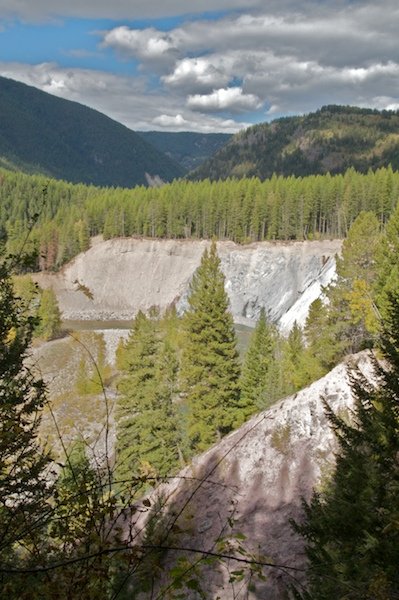 There’s where the goats would be had we arrived at the right time of year. Pretty, none the less.

Our next stop was at the top of Marias Pass (named after the Marias River, which Lewis Meriwether named for his cousin). It was built in 1989 to “facilitate safety, recreation, and to enhance visitor appreciation of the historical, cultural and scenic attractions at Marias Pass.” Consider us enhanced.

It’s also the lowest crossing of the Continental Divide in Montana. 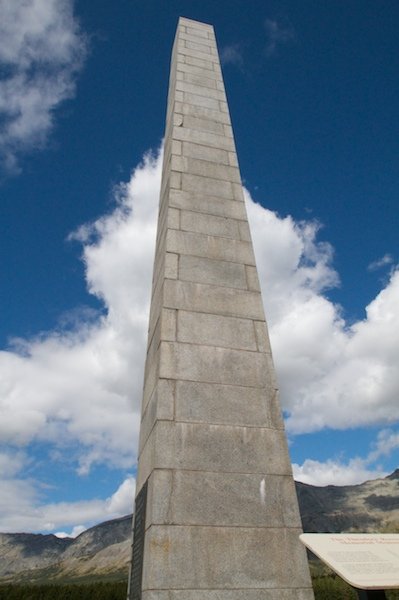 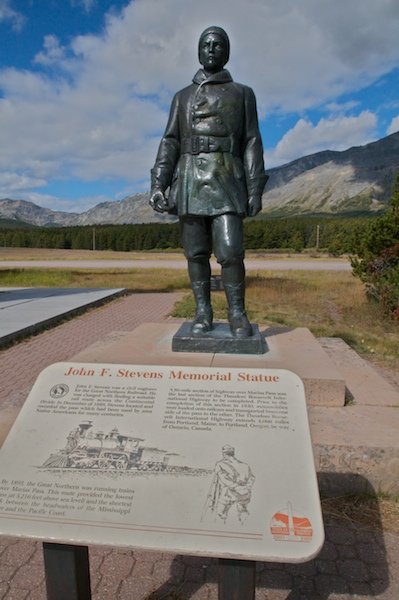 Next was a visit to the Museum of the Plains Indians in Browning and a picnic lunch on the lawn.

The inside of the museum is more inspiring than the outside, but no photography is allowed.

Then home again and Mom’s birthday trip was over. Don’t worry, we took her on a birthday hike on her actual birthday, too.