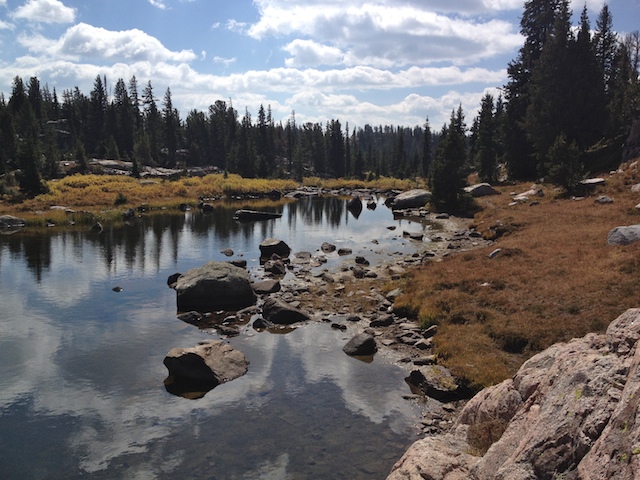 On our second day in Red Lodge we drove up the Beartooth Highway. Some say it is the most scenic highway in America and I can agree with that. It tops out at over 10,000 feet, which saves a lot of climbing if you want to get up high and play in the mountains.

We made our first stop at a scenic overlook (everything is called “scenic” up there. That clues you in to how gorgeous it is.) 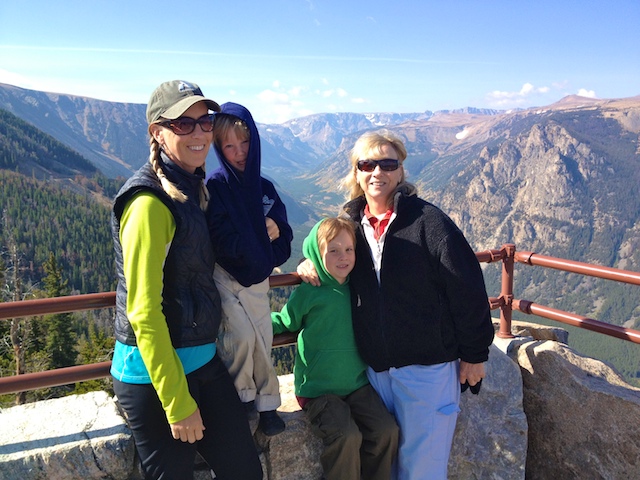 At the Beartooth overlook

The overlook with my new 360-degree photo app. 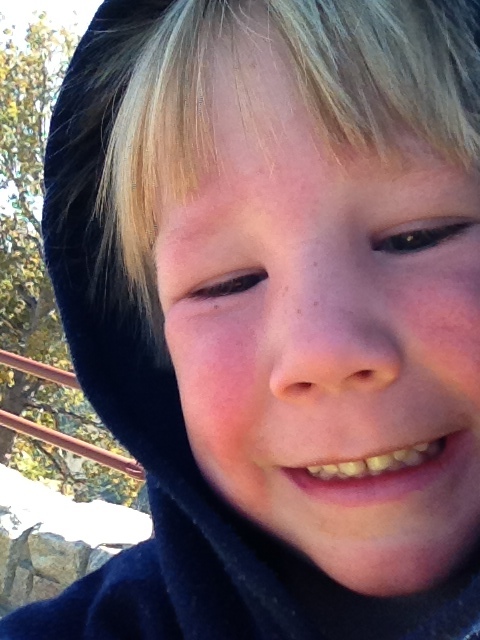 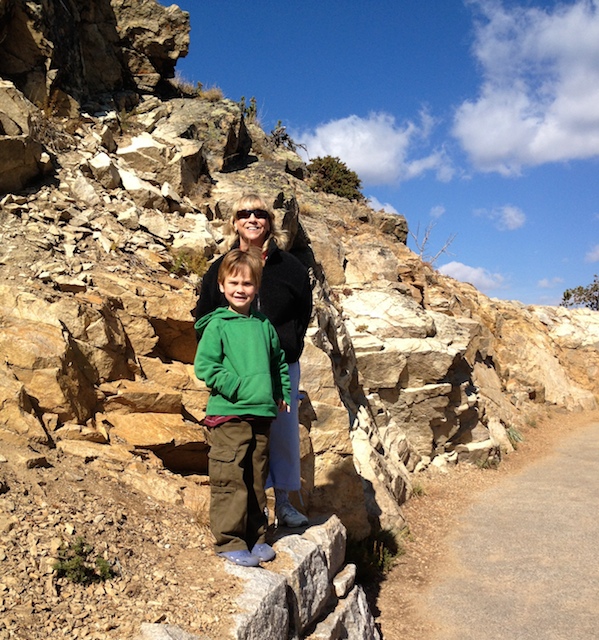 Anders and mom climbing the rocks 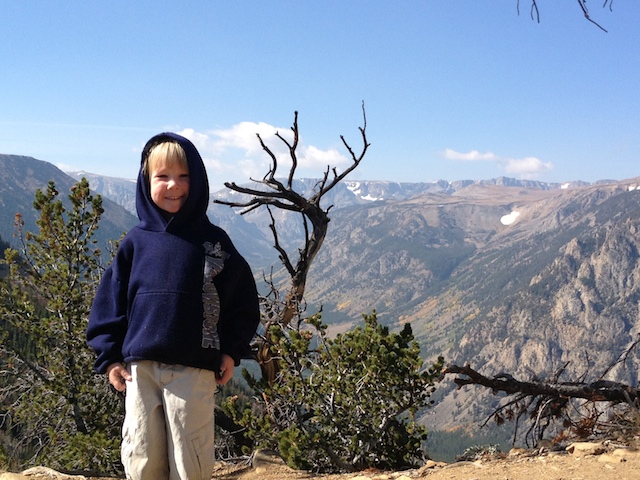 My cute buddy and the mountains

Next stop was the trail to Dorf Lake. Another strenuous trek, this one weighed in at about 0.5 miles each way. It sure was scenic, though. 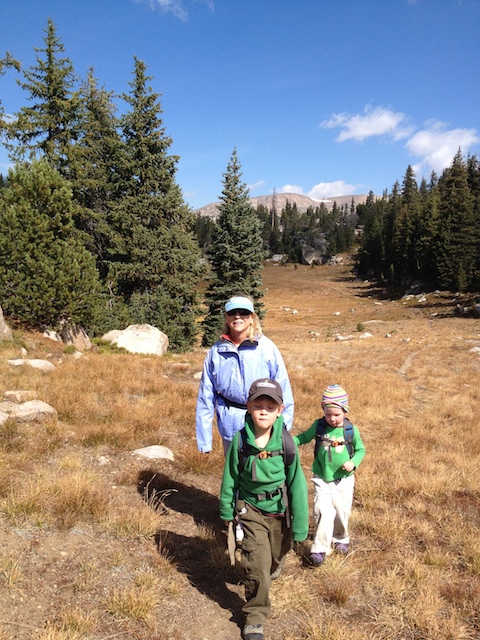 Thanks to my expert guiding skills, we started off the wrong way on the trail. Then I realized the second way was the wrong way and went back to the first trail. Everyone appreciated the extra back and forth. 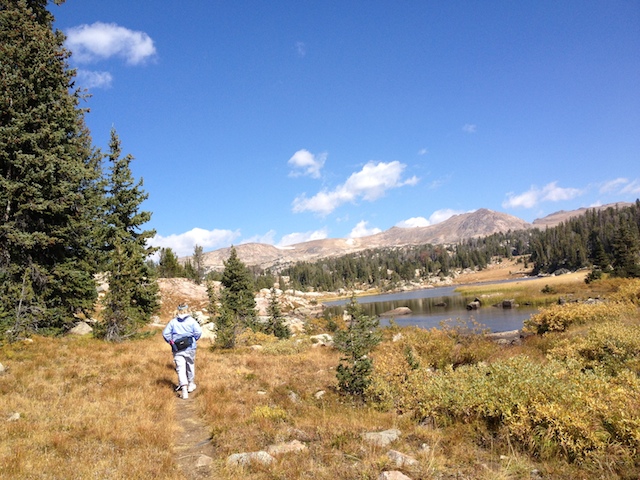 Now we’re on the right trail. 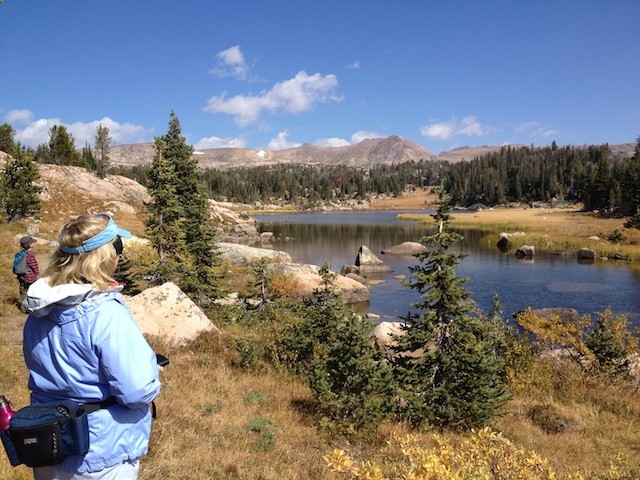 Mom and Dorf Lake. There must be a story behind that name.

Added 9.16.14: While looking for photos of Dorf Lake, Marya Dorf Purrington stumbled upon this post and contacted me.

She wrote, “I came across your blog post while searching for photos of Dorf Lake. I saw you commented there must be a story behind the name — it’s named after my grandfather, Erling Dorf, who spent most of his adult life as a geologist in the Yellowstone area. He worked for Princeton University and their geology camp was just outside of Red Lodge.

“After he passed away, we were able to get the lake named after him. His ashes (and now his wife’s ashes) are on Beartooth Butte.

“Thanks for the great photos! I shared them with my mom who was super excited.”

She suggested I Google Erling Dorf, which I did, to find out more information. One of the things he studied was past climates from a geological perspective.

Coincidentally, one of the things I studied in grad school was past climates. We used pollen and fire from lake cores to characterize the climate since the last ice age. I even read some of Dorf’s academic papers while at the University of Oregon!

One of the things I love about this blog is the connections I make with people. Thanks for getting in touch, Marya! I have a whole new perspective on that beautiful lake and the people who expanded our knowledge of the past. 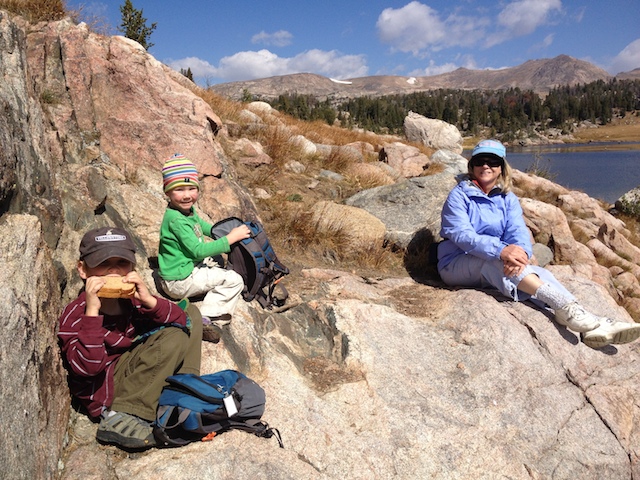 Our favorite part of any hike–lunch! 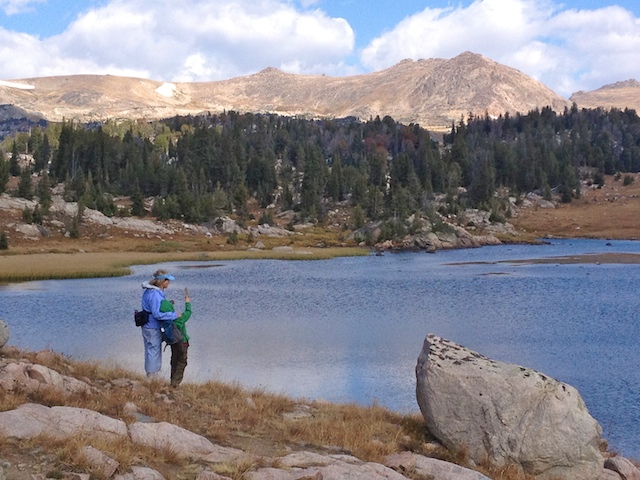 Lakeside cuddle. It was adorfable.

From Dorf Lake, we drove on a bit to the Top of the World market. Might as well. 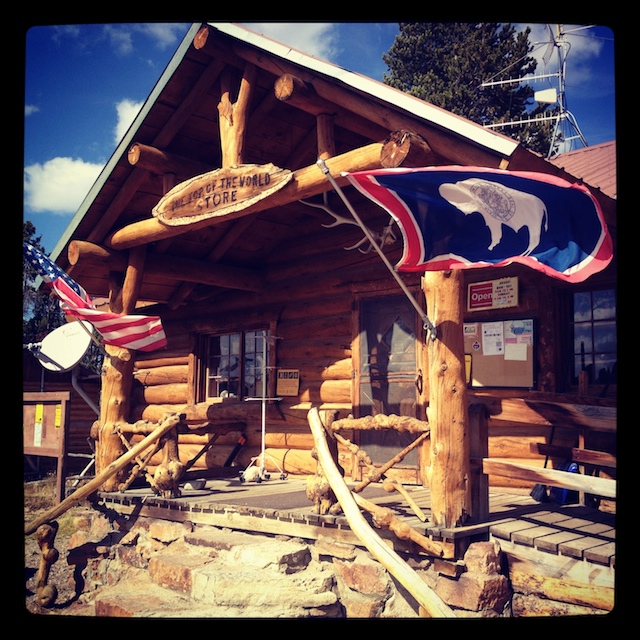 We were on top of the world. 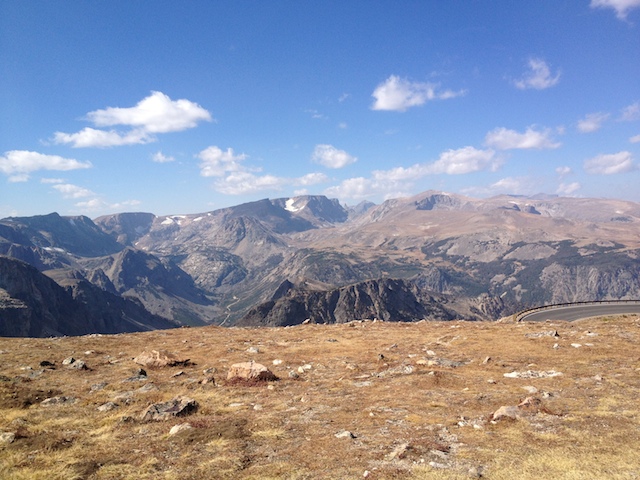 One more look at the Beartooths. I had to text my friend Heather some photos while we were in Red Lodge to let her know that we’d be backpacking there next summer.

Then it was back to town for dinner and hot tubbing. 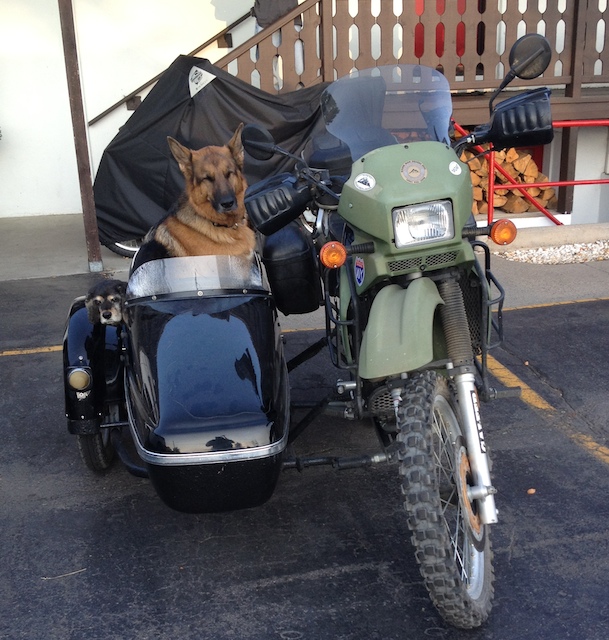