Day Two started with another ride on the carousel for Anders, Finn and I. Then across the parking lot to check out the Children’s Museum.

I was so impressed with this museum and the kids loved it. If I hadn’t dragged them out (it was our first warm weather of the year, I couldn’t stay inside) we would have been there all day. 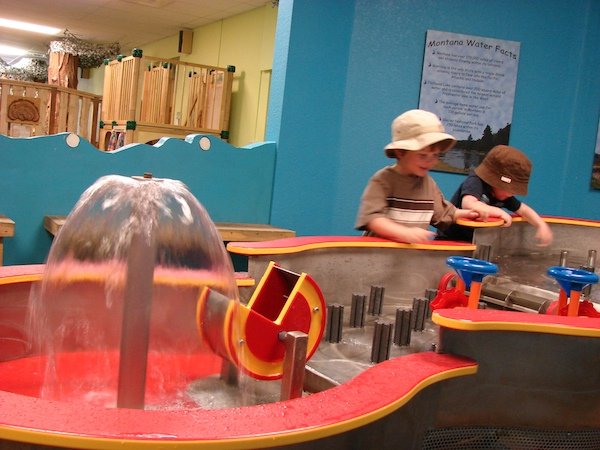 Finn could have stayed at the water table all day. 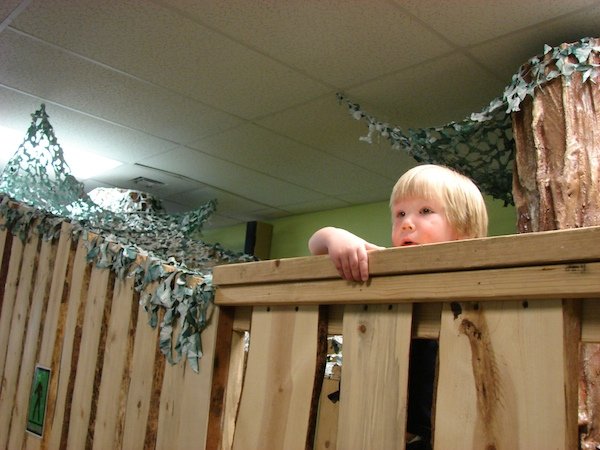 Peeking over the treehouse wall. 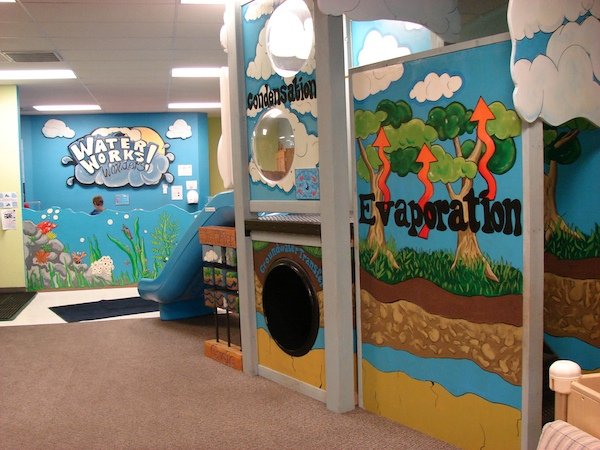 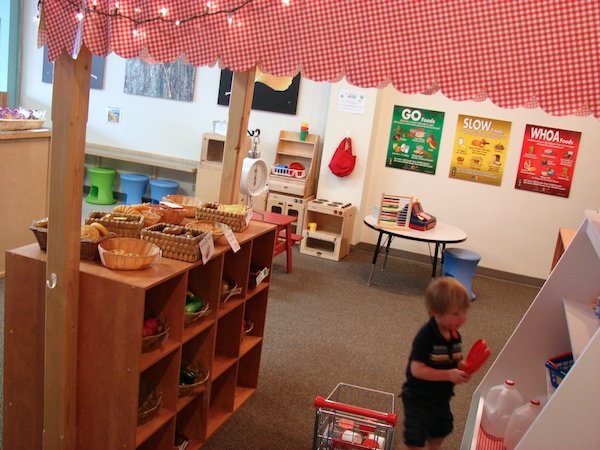 Finn could have shopped and played in the kitchen all day (on a different day than the water play). 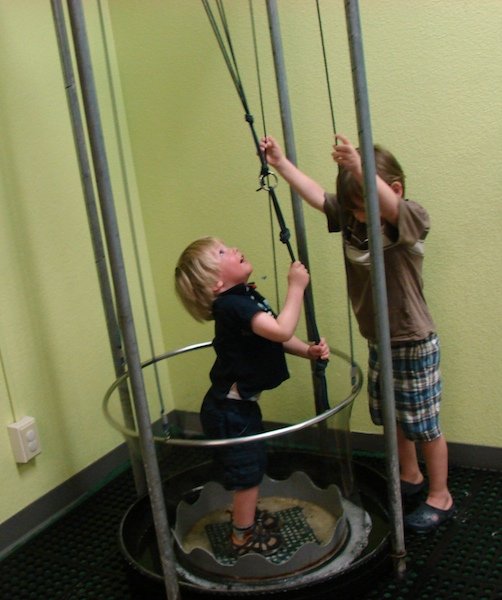 Making a bubble around Finn. 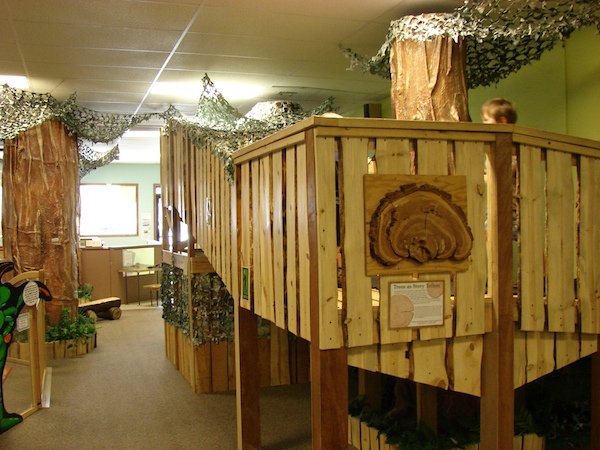 After a good long play, I wanted some Thai food. Our food choices are pretty limited over here in Livingston, so it was exciting to eat something different and yummy. 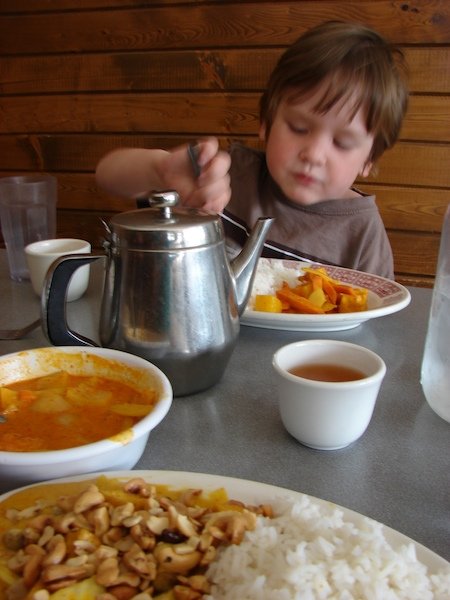 Cashew something or other for me, and pineapple curry for Anders. 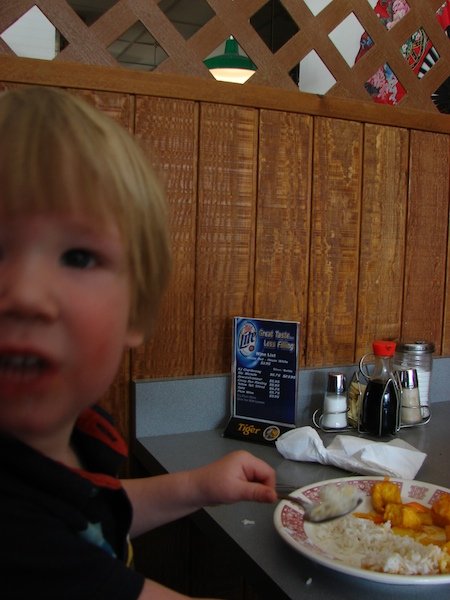 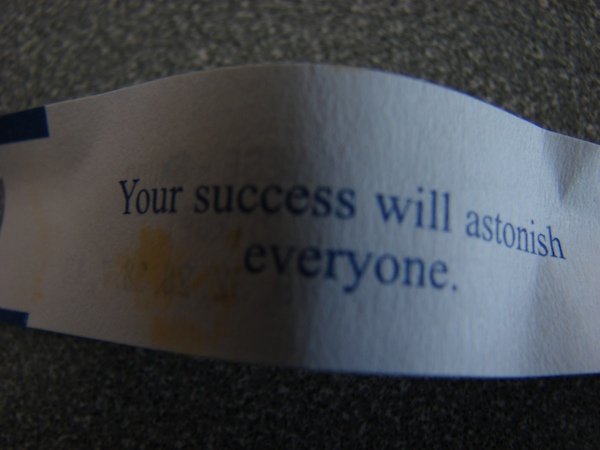 My fortune. Are you astonished? 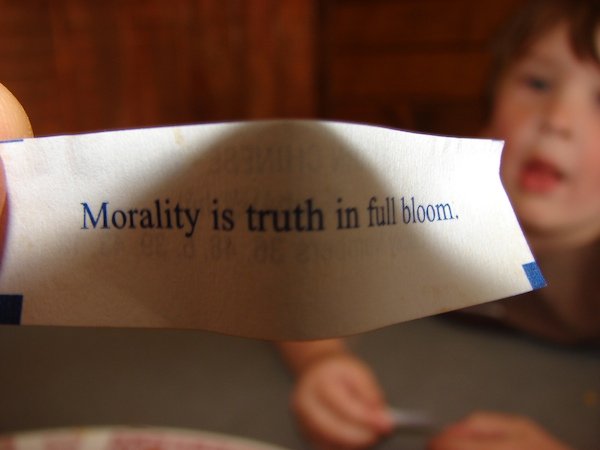 Anders’ fortune. I don’t know what it means… 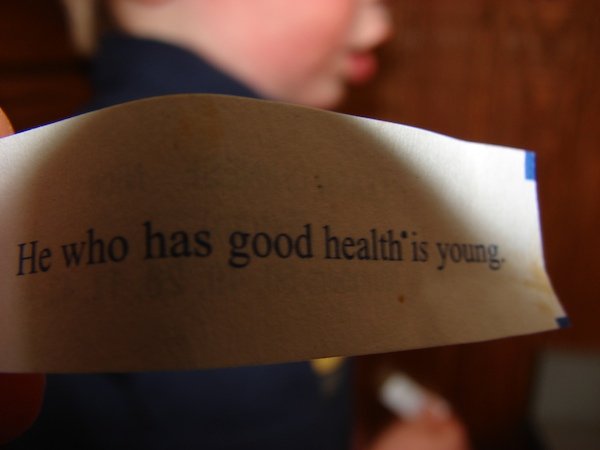 He’s the youngest, but historically the least healthy among us.

To continue our eating tour of Missoula, we crossed the bridge to sample some of the best ice cream in Montana.

(Sidenote: We walked everywhere while we were there, so felt ok about indulging a bit.) 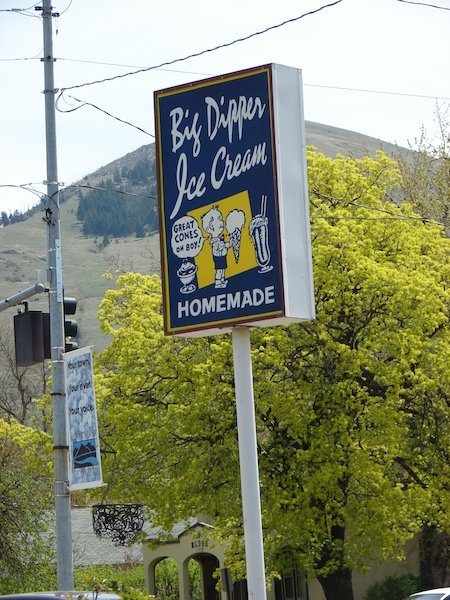 Oh yes we did. 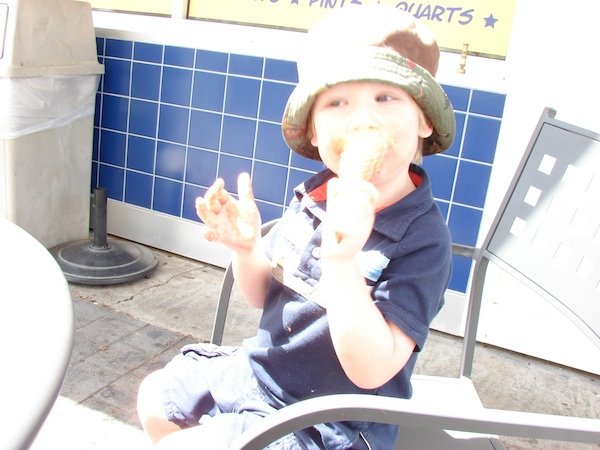 The camera couldn’t stop staring at the yummy ice cream and left its eye open for too long. Finn chose chocolate. 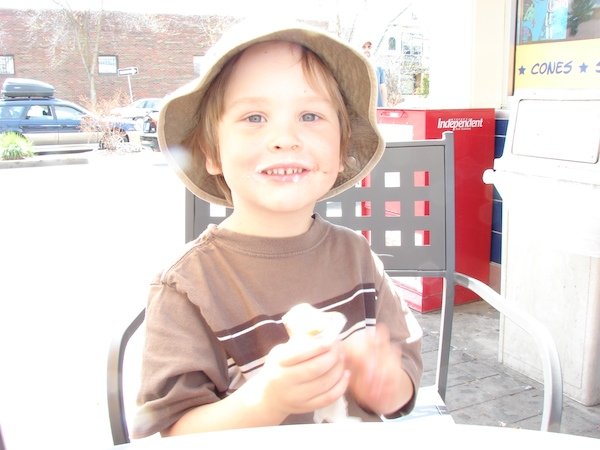 Anders got something pink and I had a lavender/honey scoop.

After the ice cream, we wandered along the river and then back to our hotel for quiet time.

That evening we got a babysitter-someone a friend of a friend recommended. We almost never have a babysitter, and certainly not someone we never met, but what the heck? The kids were sleeping soundly when we returned, so alls well that ends well.

Henry and I went to the IWFF award ceremony. We got a little lost on the UM campus (when someone tells you it’s in the brick building, it’s like being told to find the guy in the tie dye shirt at a Dead show), but eventually a very friendly gal walked us across campus to the theater. We ate, we drank, we applauded as folks got their awards. I was the obnoxious person using a flash on the camera. What can I say, I was excited for Henry. 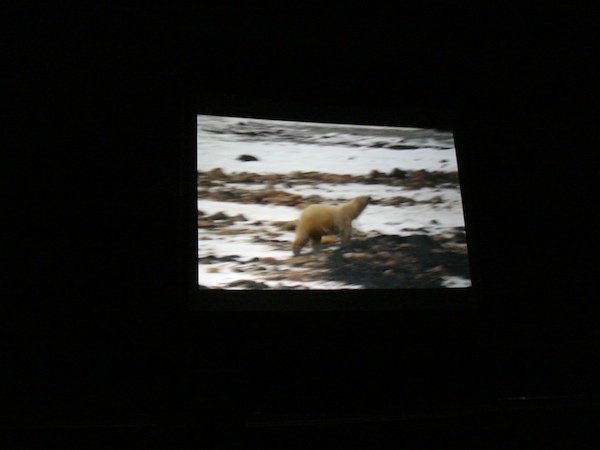 Part of H’s short on the big screen. 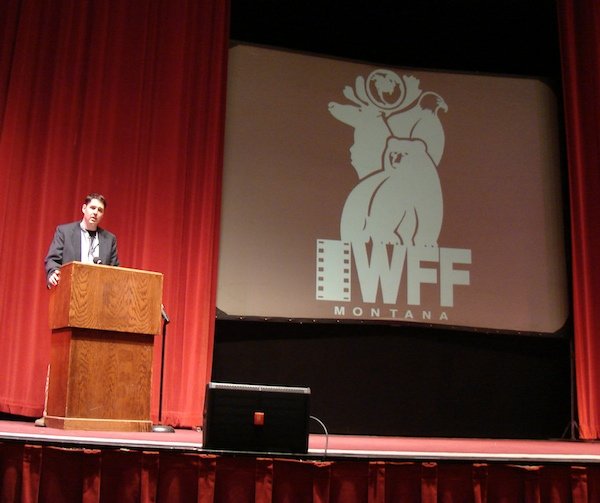 H accepts the award and thanks his supporters.

The next morning, with our trip coming to a close, we snuck in one last activity– a short hike to the concrete “M” on the hill behind The University of Montana. It’s shorter than Bozeman’s “M” so it was a prefect morning shake down before a longish drive. 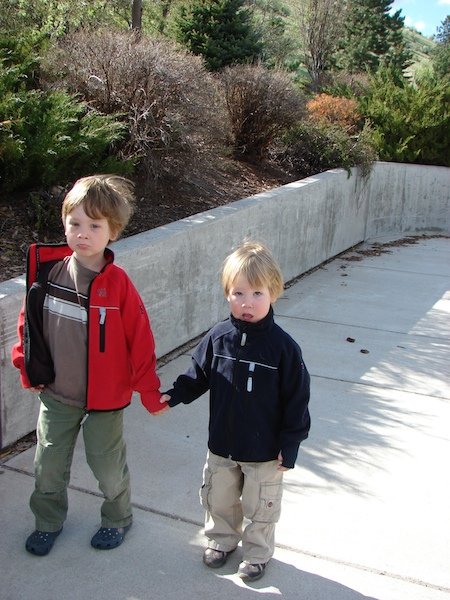 Heading to the hill. 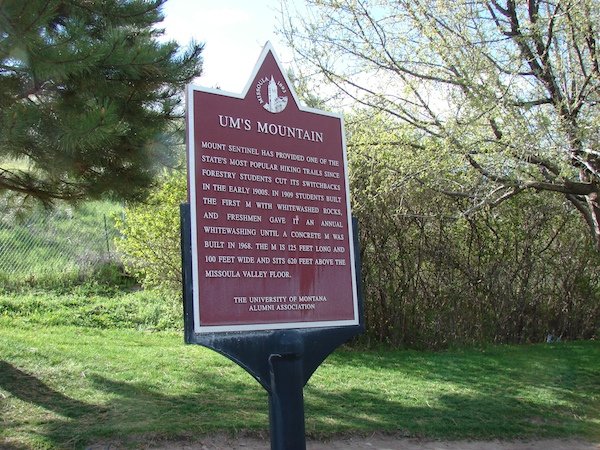 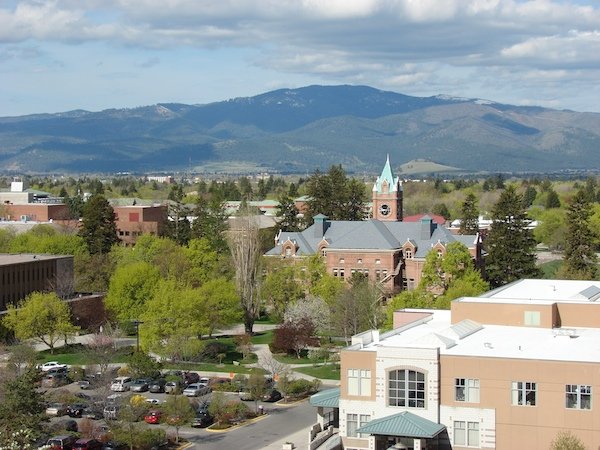 The University of Montana from above. 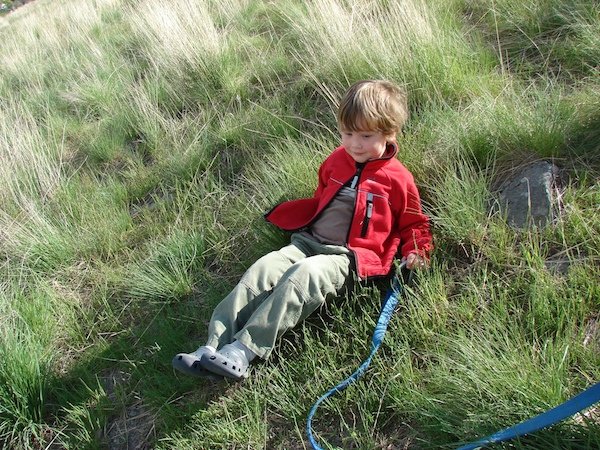 Taking a little rest on the climb.

Then my camera broke. The end.