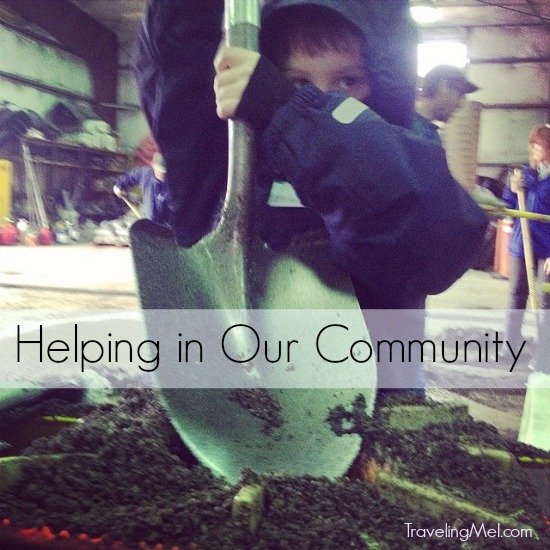 Crazy weather, I tell you. Last week it was well below zero with tons of snow falling from the sky. This week it has been in the mid-to-high 40s. Put those two together and you get frozen ground and a whole lot of melting snow.

It’s not a catastrophe or anything, but there is a lot of water in Livingston right now. According to NBC Montana:

As of Thursday morning, the areas most impacted in the city are South 9th Street to South 12th Street, from Park Street to the Yellowstone River. The city reports in some areas water is up to two feet deep.

Around 70 people have been evacuated. But emergency workers tell NBC Montana that as of 9:45 a.m. Thursday no homes had taken on water. A shelter has been set up at the Civic Center at 229 River Drive.

The flooding started around 8:00 p.m. Wednesday night when the irrigation ditch on north N Street topped its banks. Fleshman Creek is also flooding. Officials are blaming rapid melting of snow. 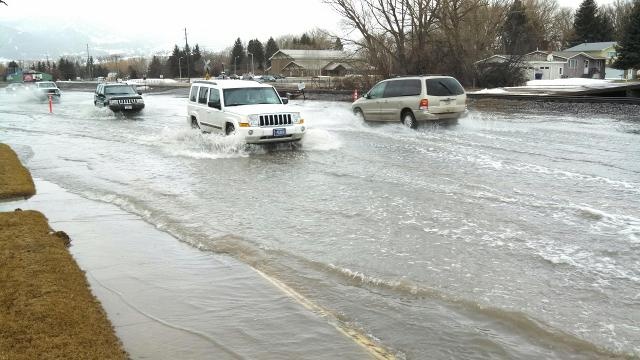 In front of Town and Country (a couple blocks from our house)
Photo: NBC Montana 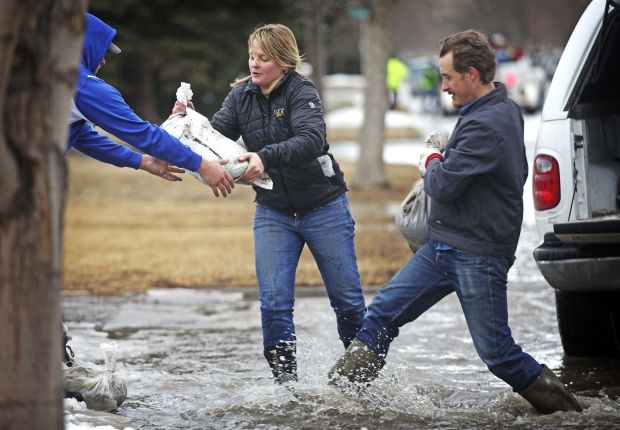 Our friend Max (right), makes his way through the waters flooding South 11th Street on Thursday. Photo: The Billings Gazette

There was a request for people to help fill sandbags, so the boys and I went down to one of the city buildings and loaded up a bunch of bags. We were only there an hour, but I bet we filled at least 50 bags. Finn and I partnered up, and Anders found a nice gentleman that was willing to work with him. The boys held bags and I shoveled. It was a good opportunity to help out in their community.

That’s another benefit of homeschooling; we are available for lending a hand whenever it comes up. 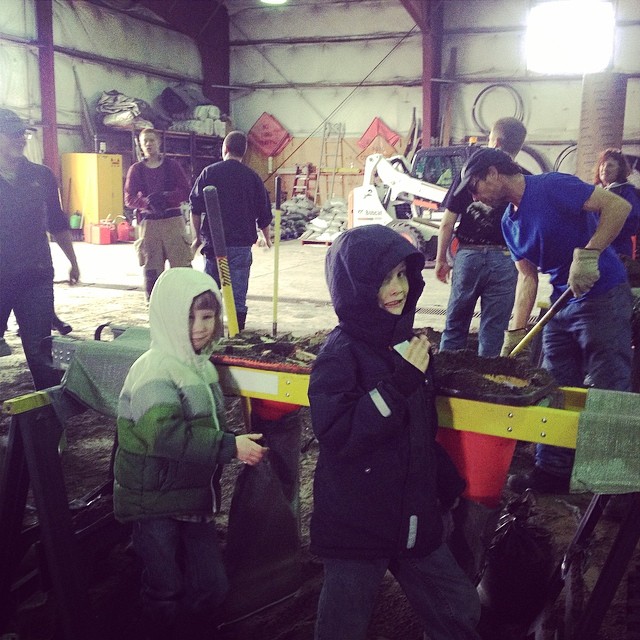 The boys were in charge of holding bags under the cones while we filled them.

It’s not just Livingston, there is flooding all over the state.

In southwestern Montana, rapid snowmelt sent water running over the highways near Boulder, Whitehall, Toston, Manhattan and Livingston. An evacuation order for a Livingston condominium complex was lifted Thursday afternoon.

In the northwestern part of the state, a series of avalanches Wednesday night and Thursday morning blocked the BNSF Railway tracks between Ennis and Marias Pass.