We are somewhere in the mountains of Colorado right now, but a night at a hotel in Fort Collins allowed me a little time on the Internet….

Our first stop on our summer roadtrip was at Little Bighorn Battlefield National Monument.

I’ve been there a couple times, but Henry never had, so we wanted to check it out. It’s not the best place for little kids, though, and we didn’t have the time to really explore it. I found myself having to explain what a battle is, what grave stones are for, our embarrassing history with American Indians… in a way that little boys could understand but not be overwhelmed by. Not the easiest tasks. I especially enjoyed when Finn said, “We’re not going to die, right?” Eesh. Can’t was just talk about how babies are made?

In case you don’t know, this used to be called “Custer’s Last Stand,” before it was renamed. I could go into the history, but I know you can Google the heck out of that if you want to. Let’s just say that Custer and the U.S. Calgary didn’t do so well here. 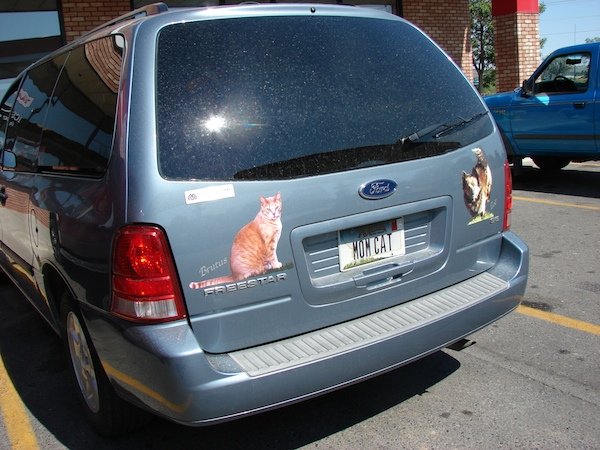 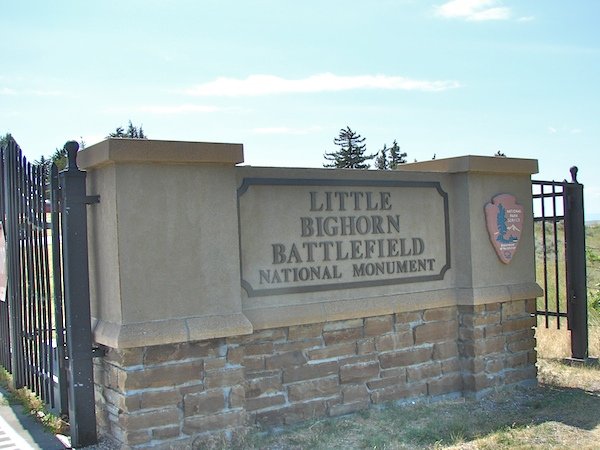 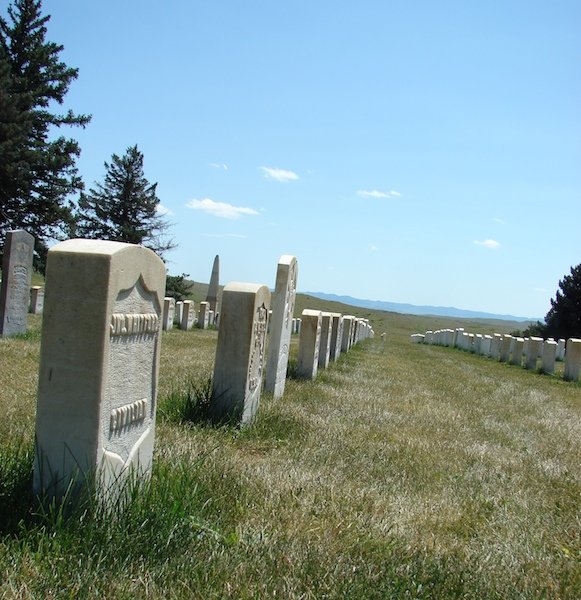 There’s also a National Cemetery here, in addition to the markers scattered throughout the monument where soldiers fell. 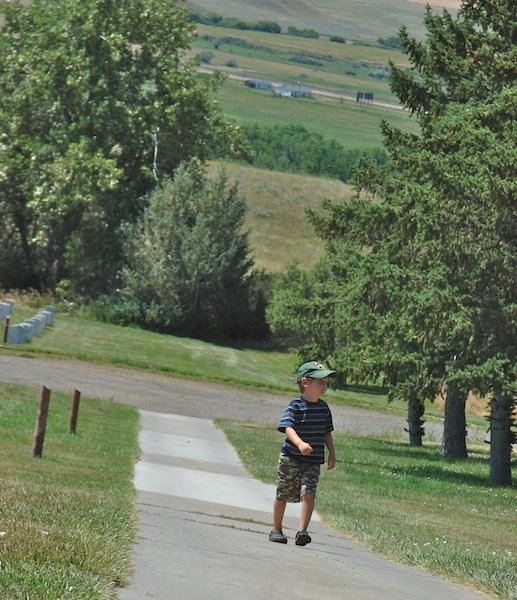 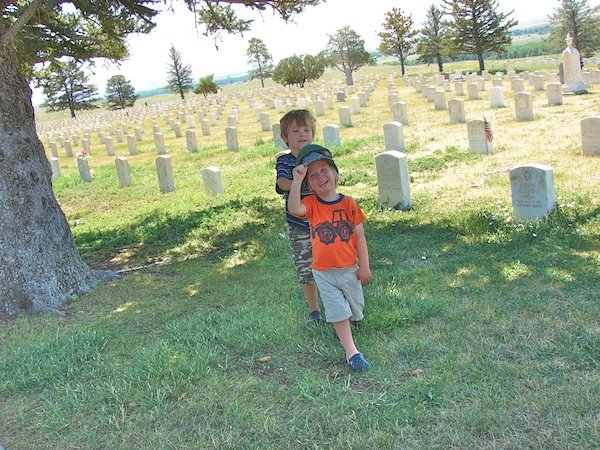 Playing in the cemetery. 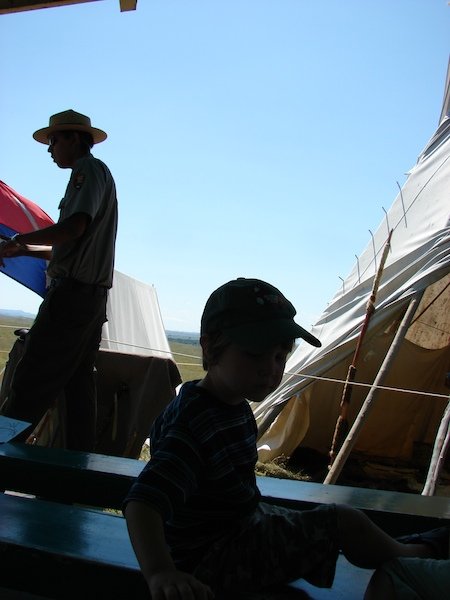 A Ranger shows us a tipi like the ones the Indians would have used and a tent like the U.S. Calgary used. 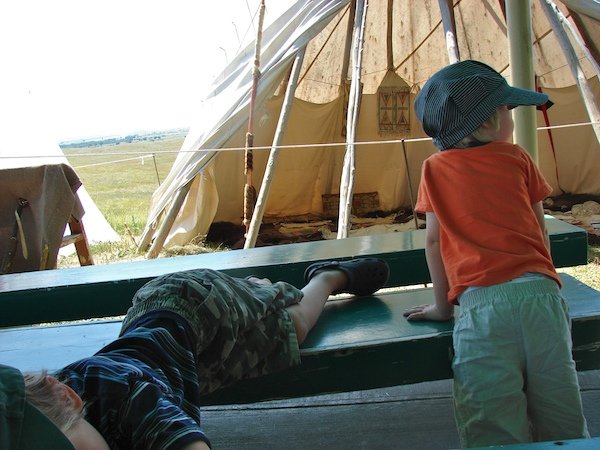 Anders was super interested in learning about the tent and tipi. 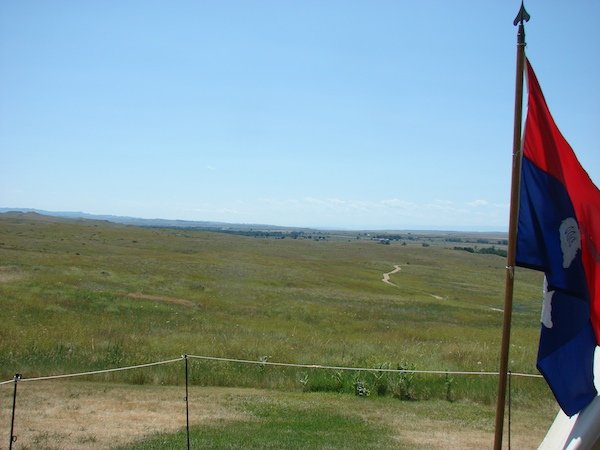 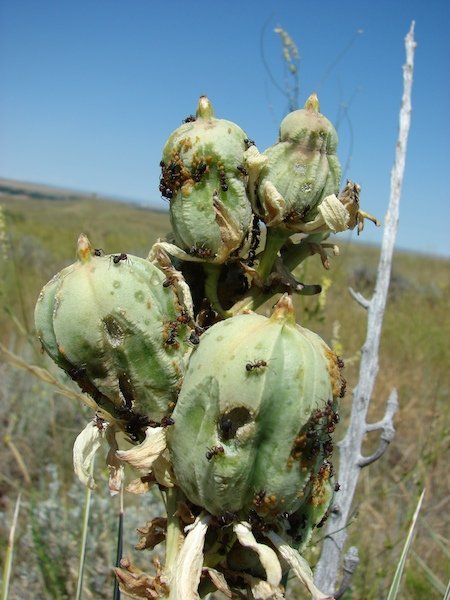 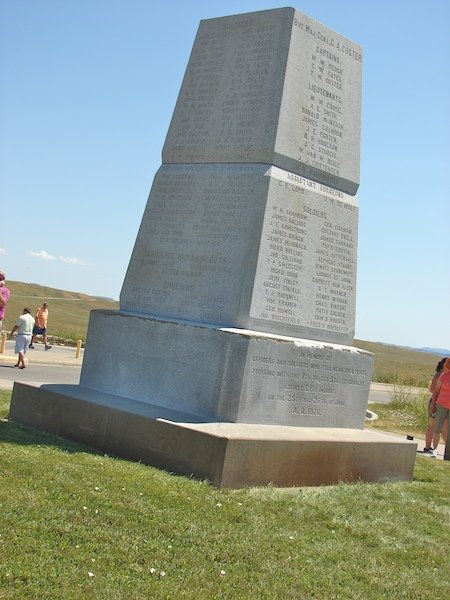 Monument to the U.S. Calgary who died here. 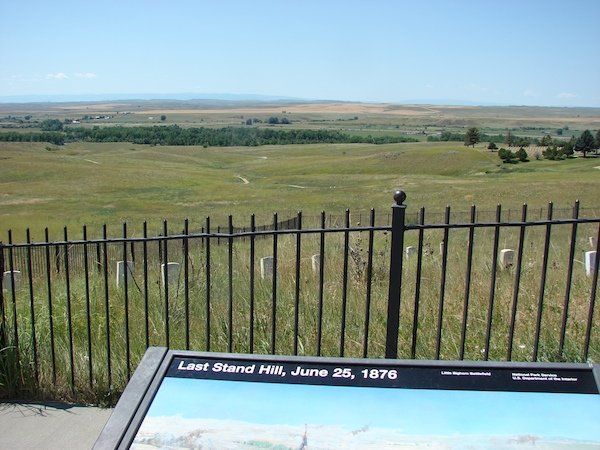 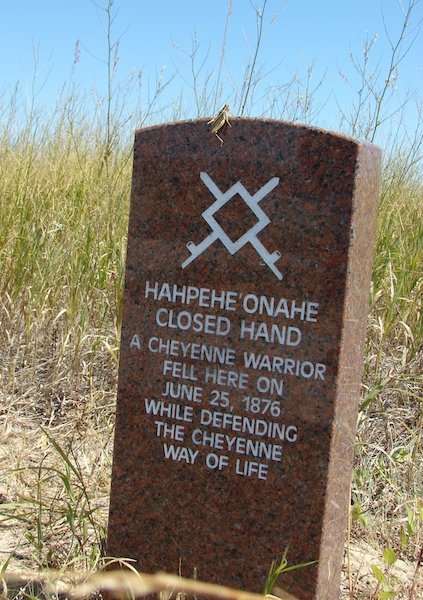 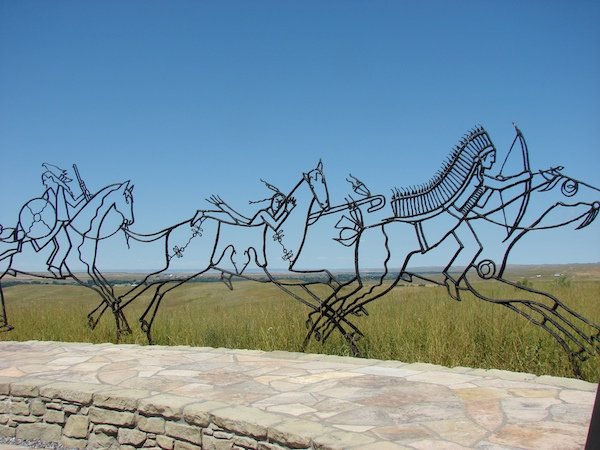 A memorial to the different Indian tribes who lost warriors in the battle.