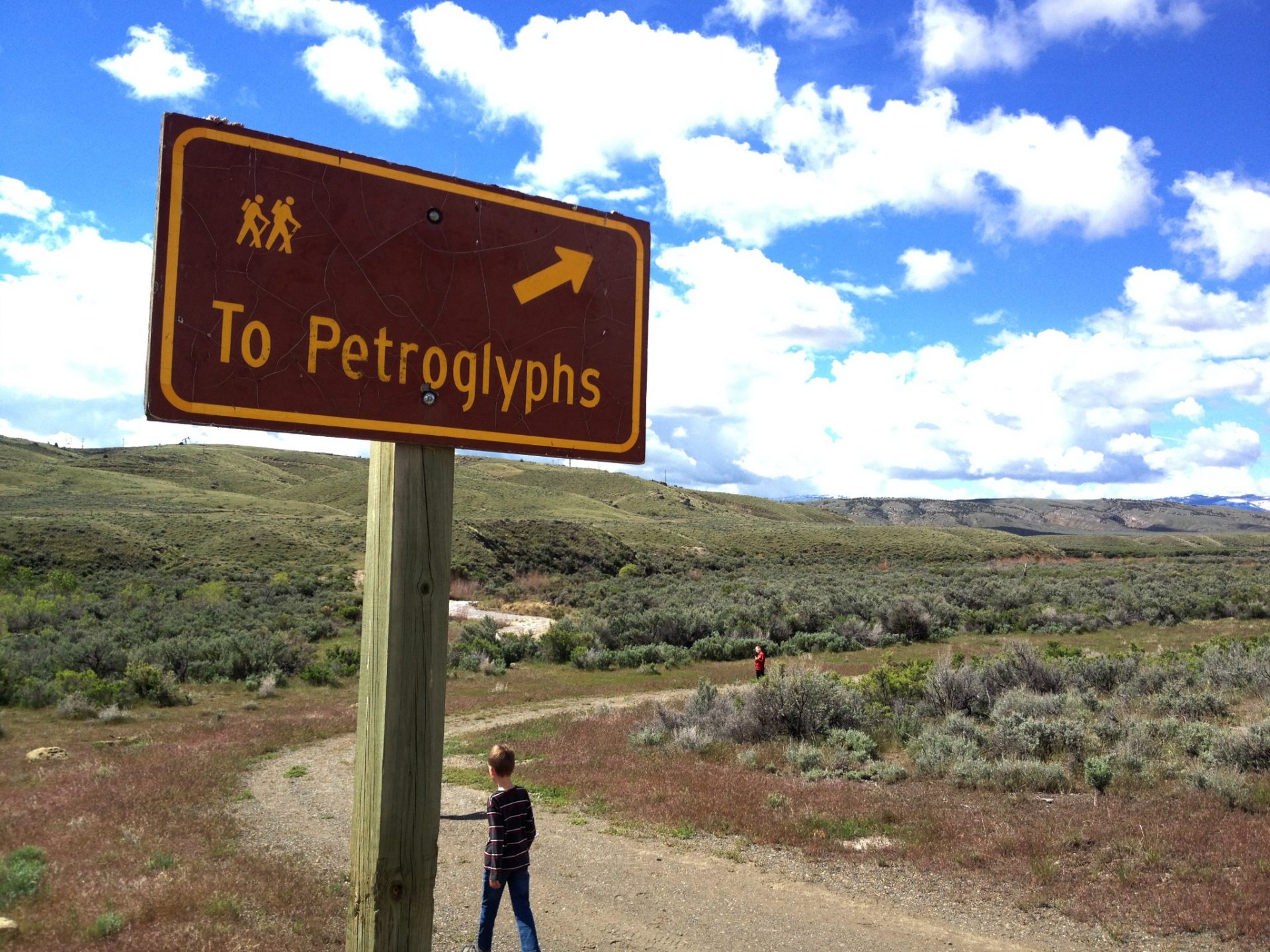 We turned off the empty two-lane highway and onto a gravel road heading off into the far distance. Between Thermopolis and Meeteetse, on our way to Cody, Wyoming, we really felt like we were “out there.” My mom, Anders, Finn, and I pulled into an empty parking lot, save for the site host’s RV, and made immediate use of the shaded picnic tables for lunch. In the middle of May, we had the Legend Rock petroglyphs to ourselves. 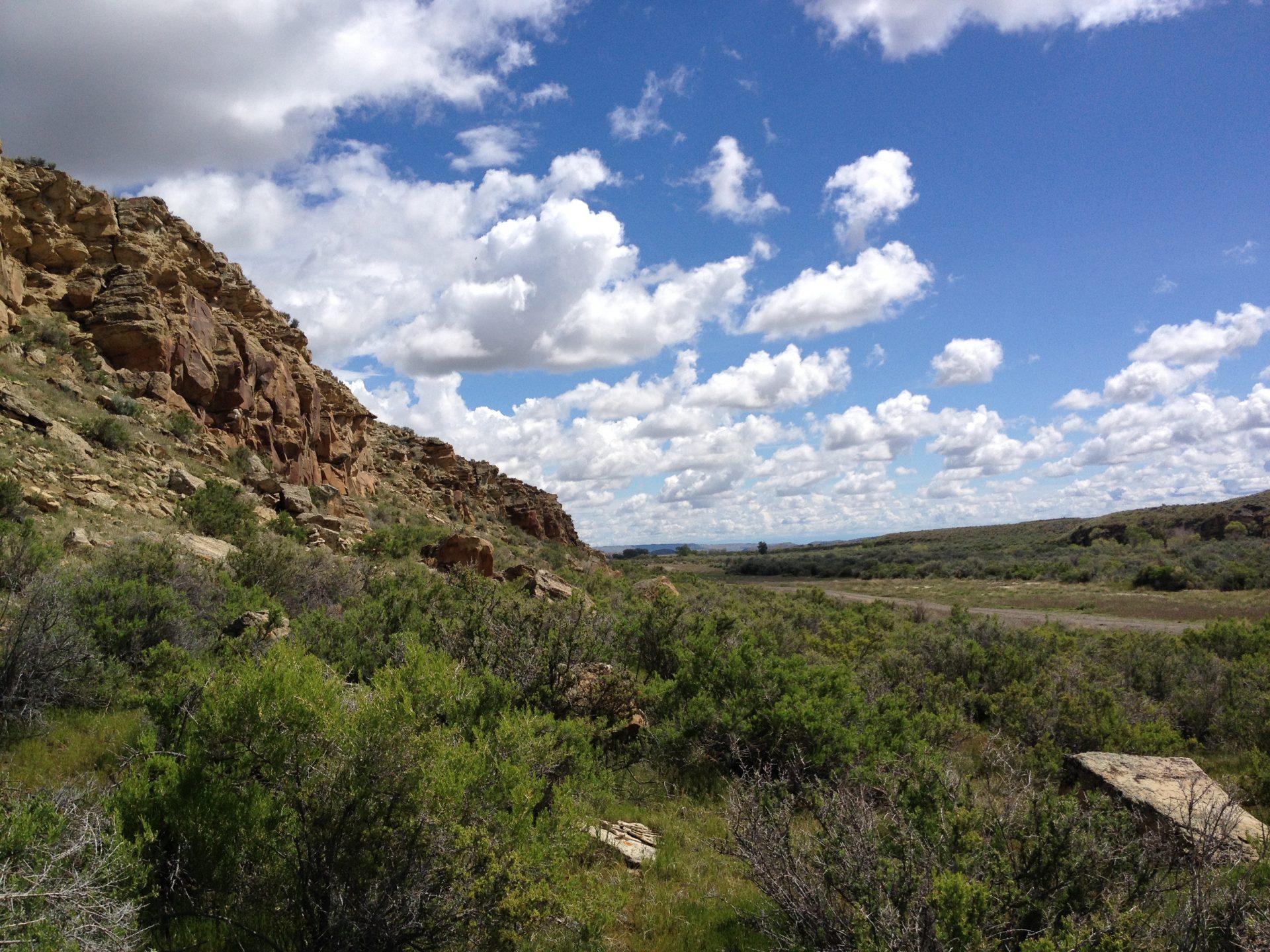 What’s the difference between a petroglyph and a pictograph? A petroglyph is an image carved, incised or scratched into stone. A pictograph is a painting on stone, using natural pigments.

“Legend Rock State Petroglyph Site is a 400 meter long, near vertical cliff with more than 92 prehistoric petroglyph panels and over 300 petroglyph figures.

“Legend Rock has been a sacred site for Native Americans of this region for thousands of years. Local concern for the preservation and protection of the site led to acquisition of the property as a Wyoming State Petroglyph Site in 1973. During the same year, the site was placed on the National Register of Historic Places. Legend Rock Petroglyph Site is one of the most fragile in the Wyoming State Parks system.” 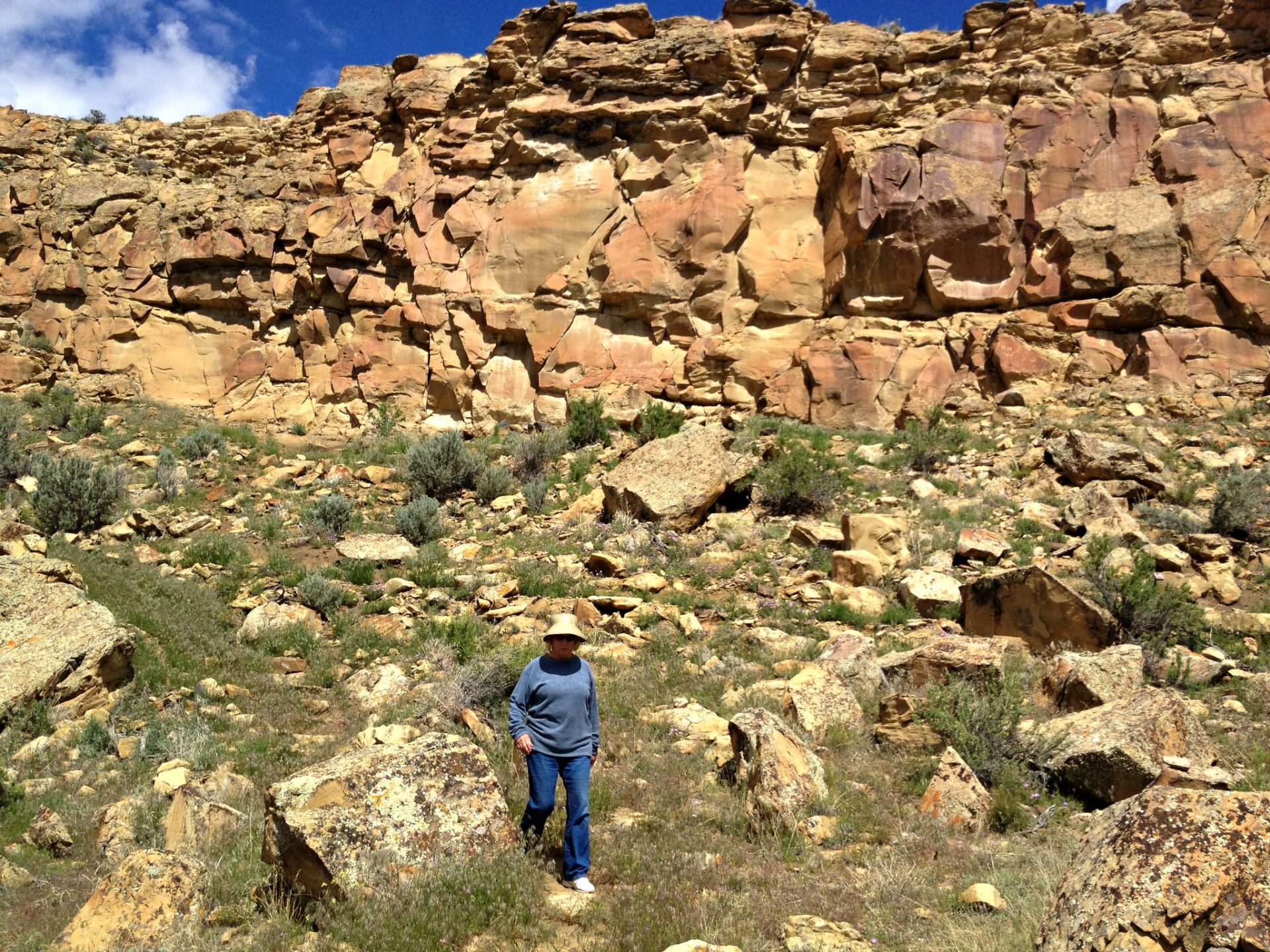 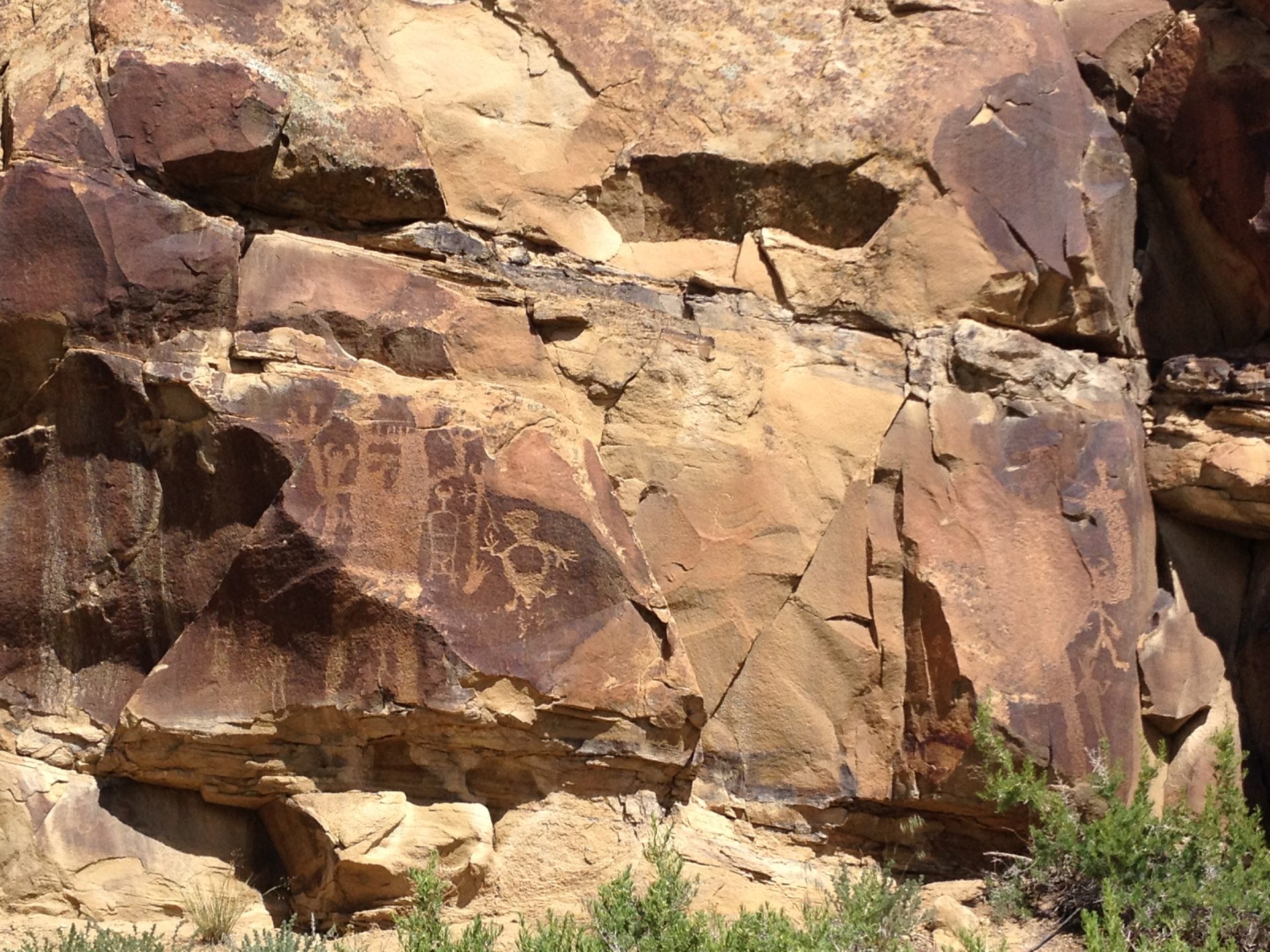 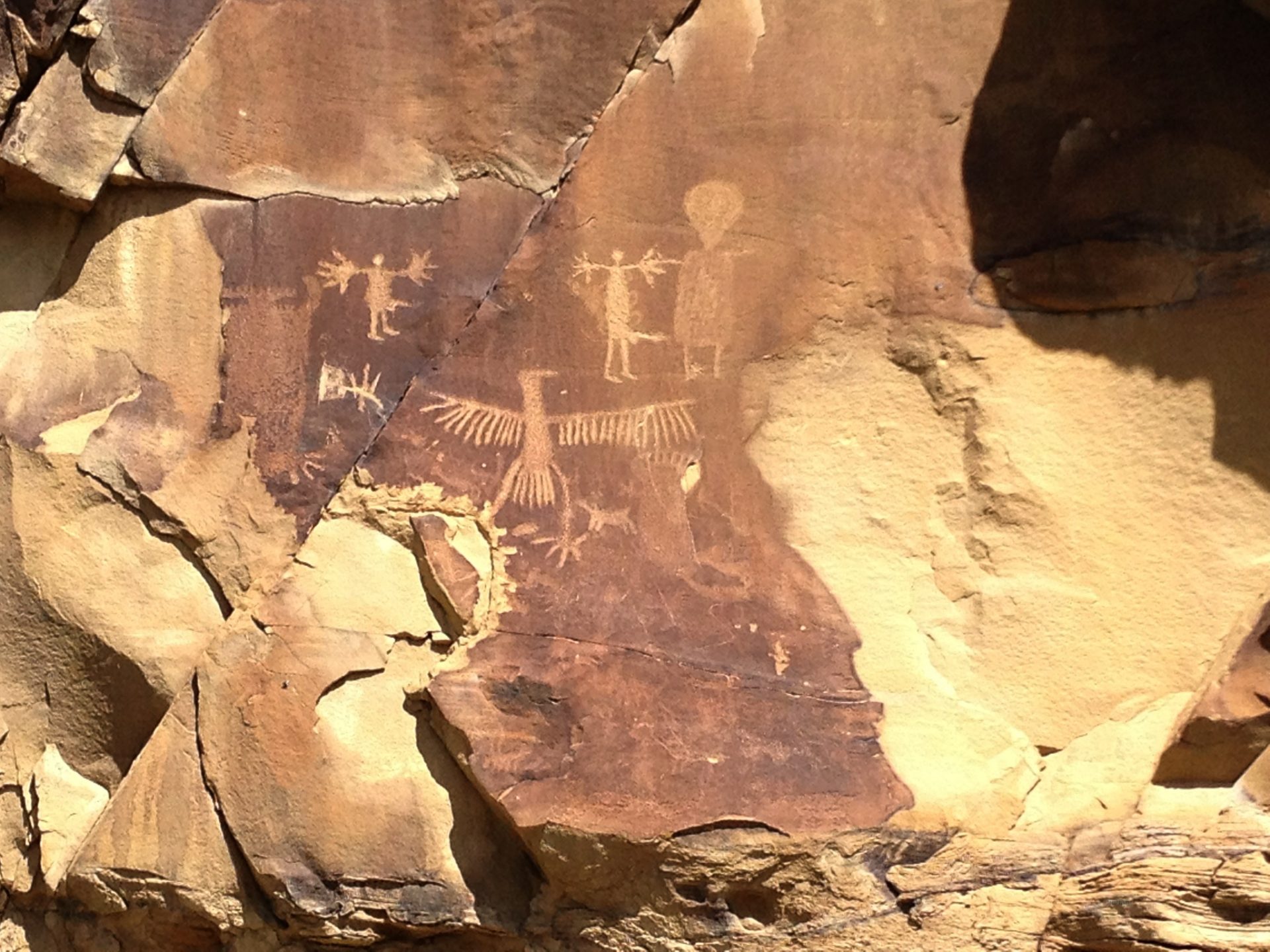 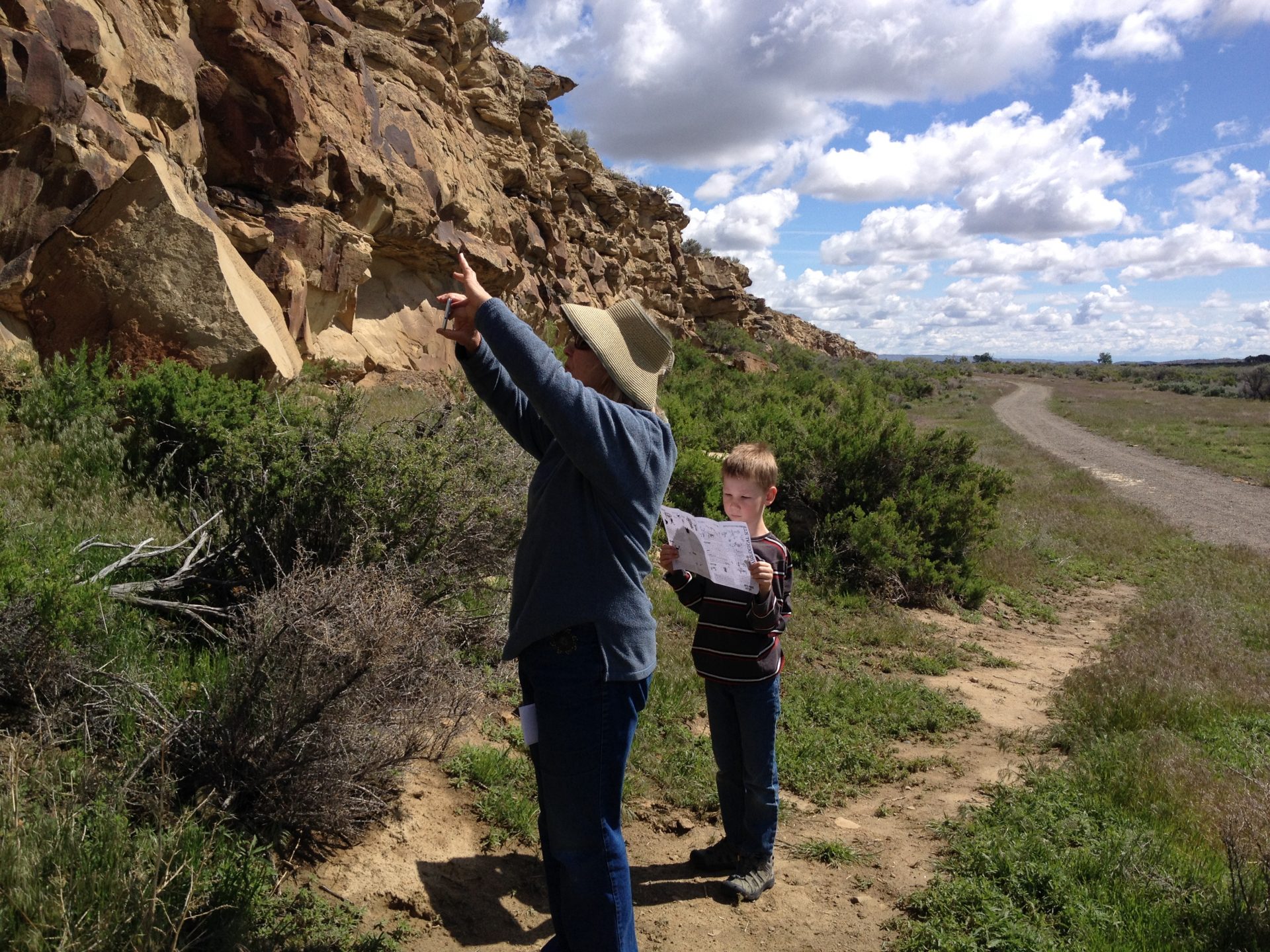 It’s an easy walk to the cliff covered in hundreds petroglyphs. What a find! There was some graffiti, too. I was surprised how close we could get to the petroglyphs. Of course, we were careful not to touch the rock lest the oil in our hands degrade the ancient rock art.

The nearly 300 individual petroglyphs feature some of the oldest and best examples of Dinwoody rock art in the world. I know that because we used the interpretive brochure from the visitor center to better understand what we were looking at. There is still a lot archaeologists don’t know about the Legend Rock petroglyphs and the mystery is likely to remain.

If we had more time, or if certain children had been up for more walking, I would have loved to explore further. As it was, the creek, the flowers, and the petroglyphs, made for a delightful afternoon. 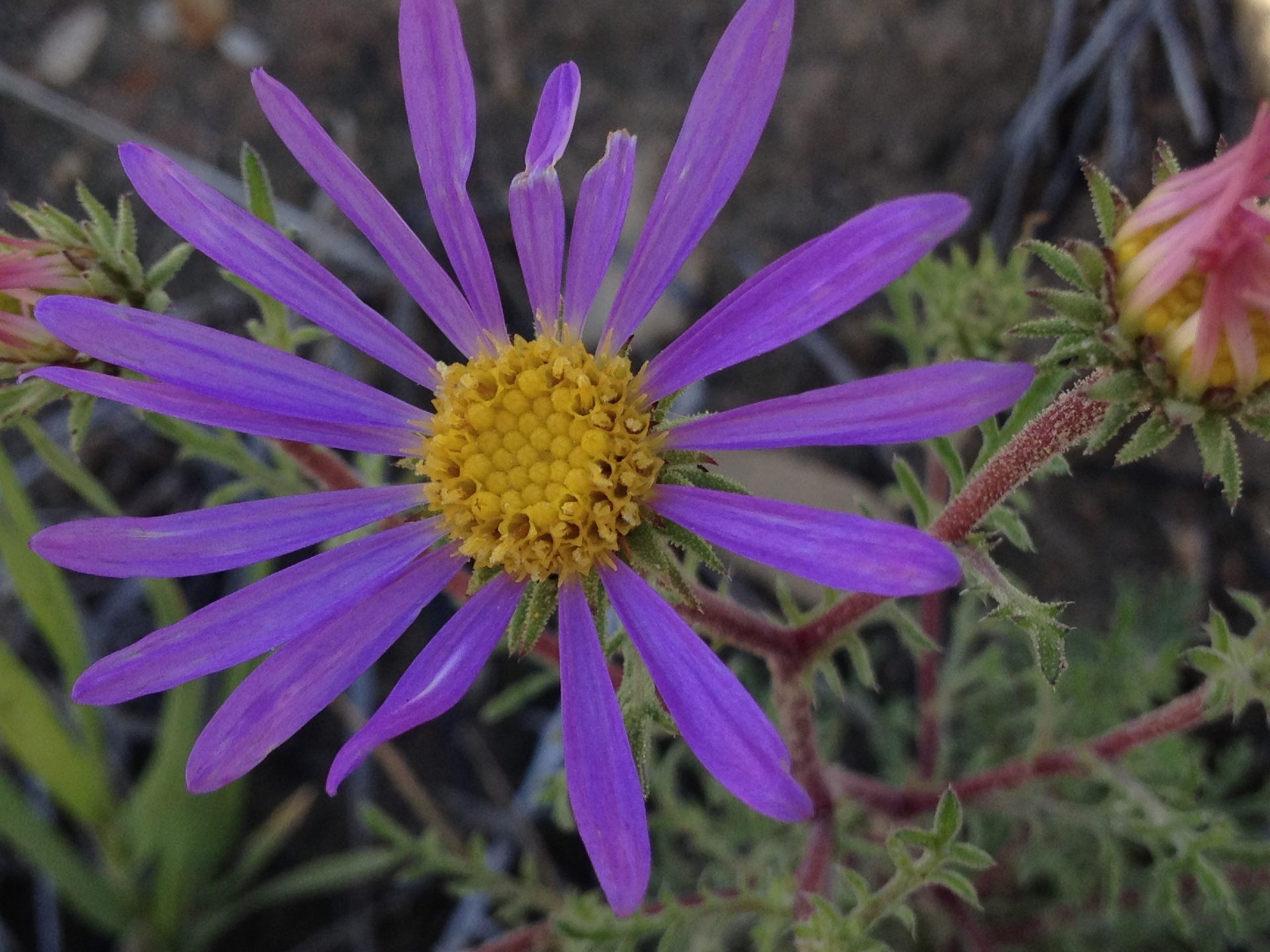 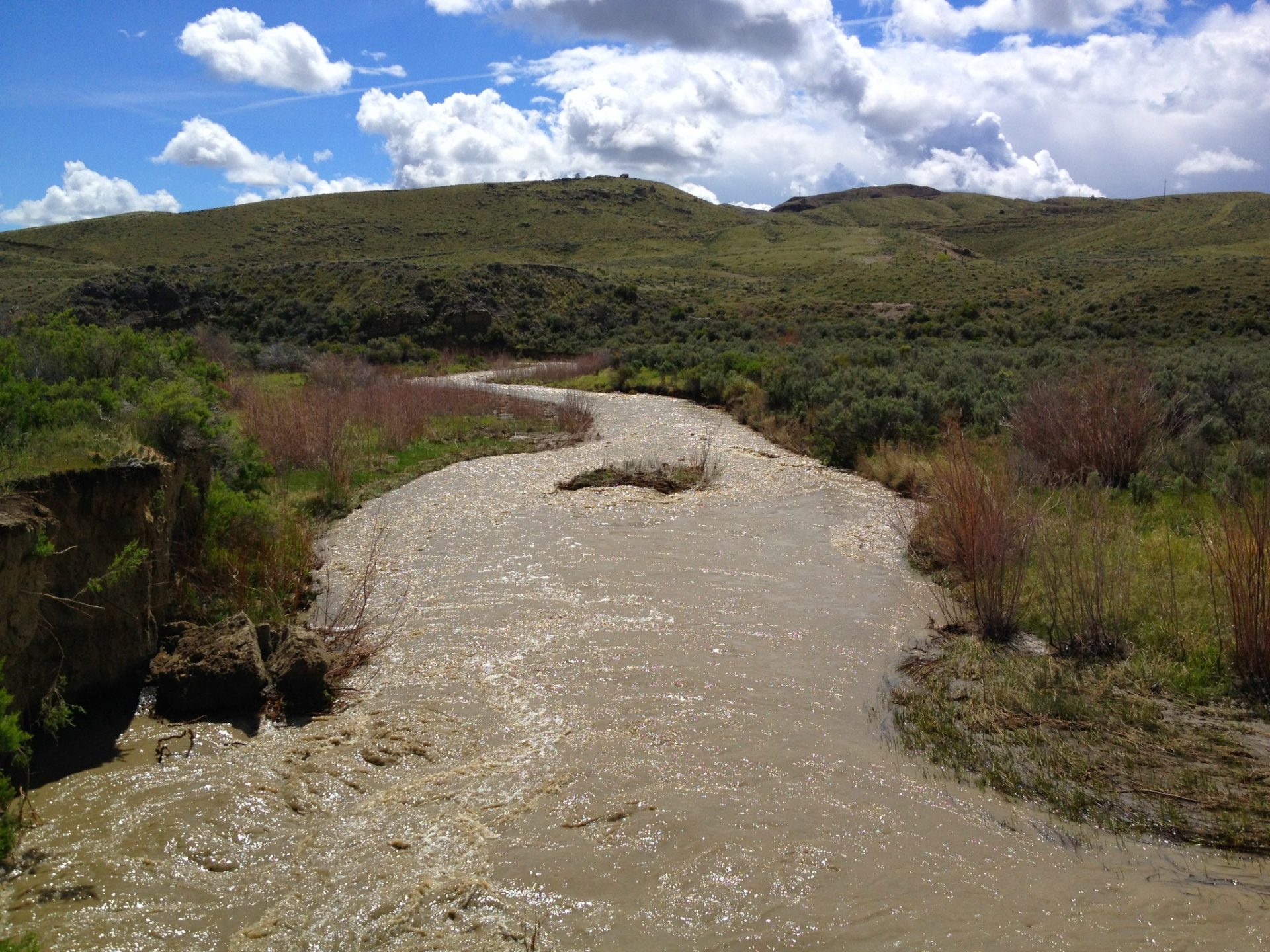 Know Before You Go

October through April, key required, can be picked up at State Bath House, Chamber of Commerce & Hot Springs County Museum.