One of the perks of being a writer is that I get to pen gear reviews. To do this I have to test out the gear, of course. And I get to keep it. I suppose if I was super ethical I would give it back so as not to be influenced by the free swag, but I’m not that ethical. And I only seek to review gear that I already think I am going to like.

I have skis, boots, ski pants, a puffy jacket, kid’s sleeping bag, family tent, Chariot, kid carrier backpacks and so much more that I’ve scored from gear reviews. The latest piece we’ve acquired is a Kangaroo Carrier from WeeRide.

It’s a kids’ seat that attaches to the front of your bike. Anders and I gave it a couple spins around the block and I picked him up from daycare with it. He loves it. He gets to be in front and see everything. Since he is so close I can hear his constant chatter without having to turn around and swerve across the road. 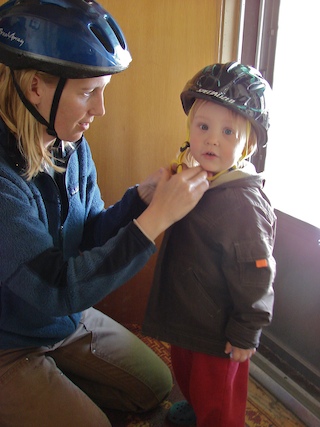 Getting the new helmet fitted. 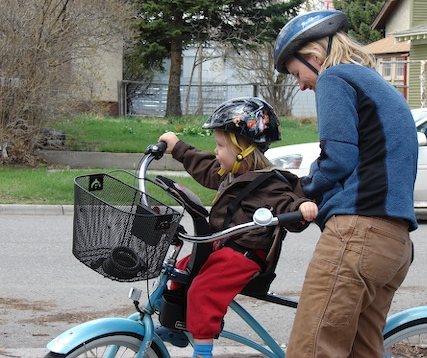 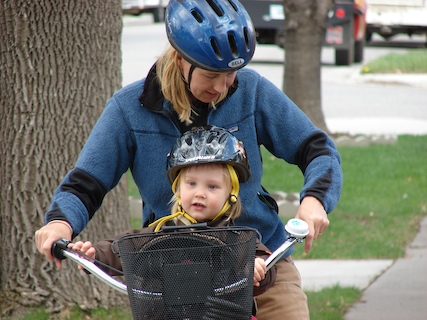 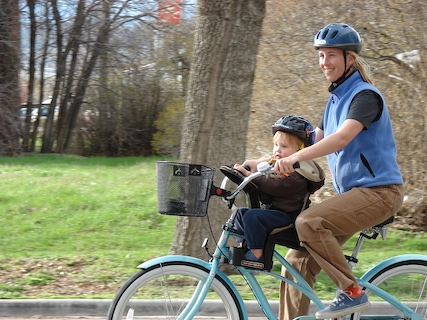 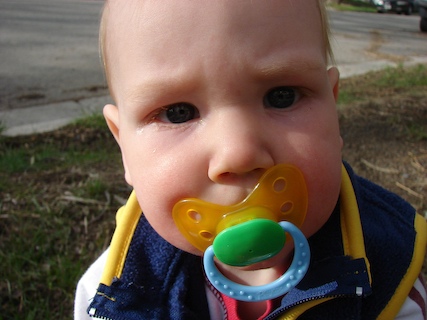 Here’s a little update on Finn.

His front two teeth are coming in to balance out the bottom two that came in when he was 5.5 months old.

He is starting to crawl and pulls himself up on everything. He cruises from chair to couch to someone’s leg. 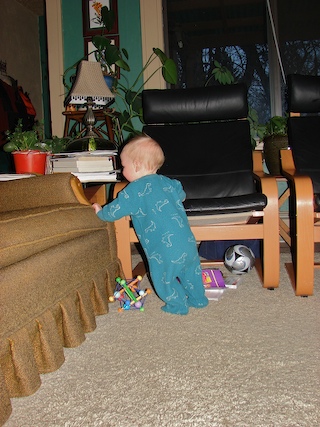