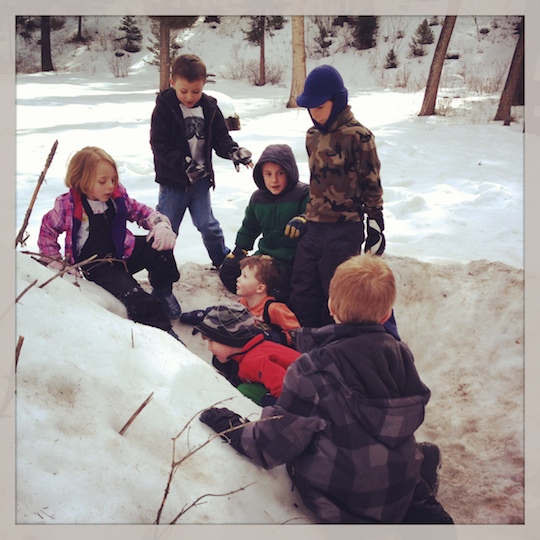 We met up Mill Creek where I knew there would be plenty of snow and a good sledding hill. I like to get in about an hour of “lesson” and then have some play time. Of course, the lessons are so fun it is like we are playing the whole time.

After we understood what those three words meant, I broke the kids into three groups and gave each of them three animals (not the actual animals, but pieces of paper with animal names written on them). The kids had to decide which migrated, which hibernated, and which adapted to the winter world. There were some tricky ones in there, such as elk. Elk migrate to sunny hillsides and to lower elevations, but don’t fly south like better known migrators.

Since there were a lot of kids and a lot of energy, we walked a bit between each group’s report.

For the next activity, we talked about how animals move through the snow. The kids practiced walking like elk (straight legs pushing through the snow–no knee-bending!); moose (with articulated knees they can lift their legs out of the snow with each step); and snowshoe hares (hopping-would have been better with snowshoes). Then we decided which was the easiest and how this partially explained the elk’s migration. We also talked about the subnivean environment, but there wasn’t enough snow to dig tunnels. 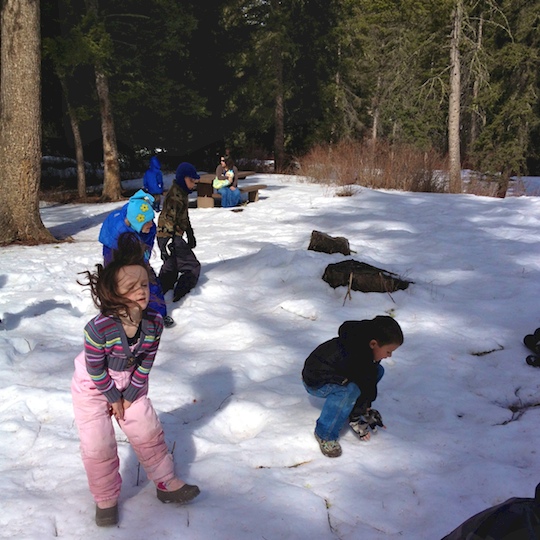 On our little walk, we found a snow cave someone had built. The kids were thrilled to explore it (and jump on the top), and I got to talk about how animals create warmer homes beneath the snow.

We also talked a little about how plants get through winter and searched for particular plant types before walking back to the sledding hill.

Most of the kids got to sled for about 30 minutes before we started, so they were prepped and ready for the ice luge that the sledding hill had become. Despite the rocket-speeds, and kids sprawled out on the ice, everyone had a good time and we avoided injuries. Expect for me. My elbow still hurts from whacking it in on the cement-ice while trying to protect Finn during a little incident. I’ll probably recover. 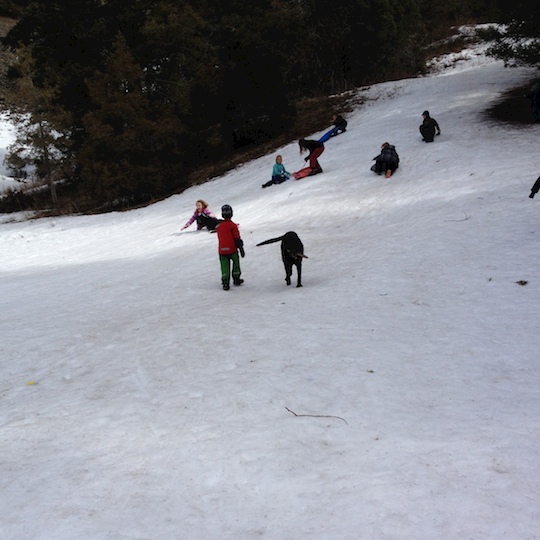 Next month we are meeting at the Yellowstone Gateway Museum to explore their native plants trunk. Yay for plants!