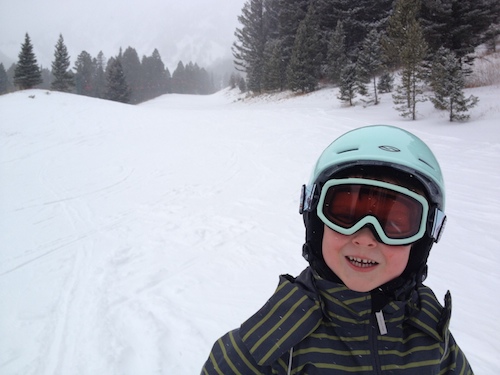 It snowed! This makes me oh, so happy. We spent the day at Bridger Bowl shredding the gnar (more like stumbling and falling) and we are going back tomorrow. Henry and Anders are going to take lessons while Finn and I attempt to get off the bunny slope and onto the mountain.

Tonight there was a story on All Things Considered about the lack of snow across the country. From Maine to California, it is dry, dry, dry.

According the story, the “first 10 days of January, warmest, driest in U.S. history. Ninety-five percent of the country [is] experiencing below-average snow conditions.”

Warmest and driest in U.S. history.

“What’s weird is that 15 to 20 cities set all-time rainfall records last year, seven states had the wettest year on record,” Douglas says. “We’ve had crazy extremes, Texas in the midst of a historic drought while it’s incredibly wet east of the Mississippi.”

Last year’s La Nina followed on the heels of a moderate El Nino and because we are now going from La Nina to La Nina, Douglas says, we should expect a shorter, tamer winter. 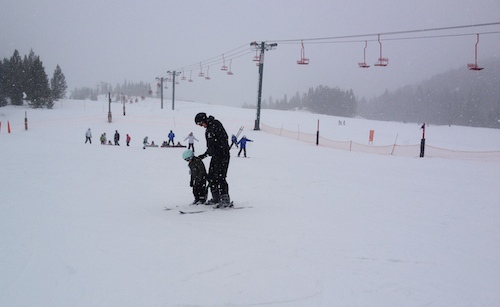 No snow stinks for me, but as a friend pointed out, it’s not just me that suffers. Animals that depend on the insulating properties of snow are cold. Rivers will be drier this spring and summer. There is a whole cascade of effects that you can listen to in this story.

It’s snowing now and has been all day. I doubt we can make up for a dry December and first half of January, but I think the weather gods should try! 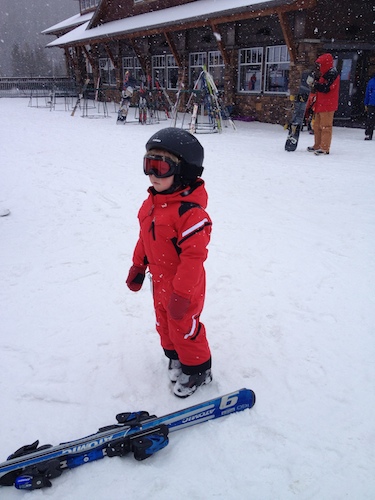 Remember when I wrote, “shredding the gnar?” That was funny, right? Because I would never actually say (or do) that.

4 thoughts on “Hello, snow. Nice to see you again.”