We started out the day by baking cupcakes for a pre-trick-or-treat party.

Then it was time for another trip to the straw bale maze. Both boys were excited to go, but Finn was almost hyper-ventilating in excitement when we pulled into the parking area. Usually he takes his cues from Anders, so it was kind of funny to see him so amped about something by himself.

We came home and napped. All of us, it was lovely. Then into our costumes and on to our first party. 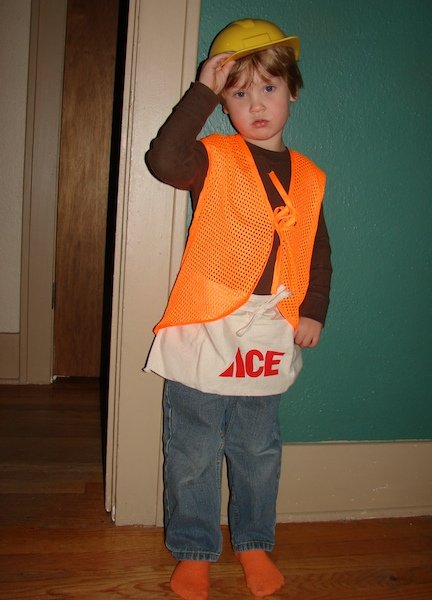 Anders was in a much better mood than this photo illustrates. 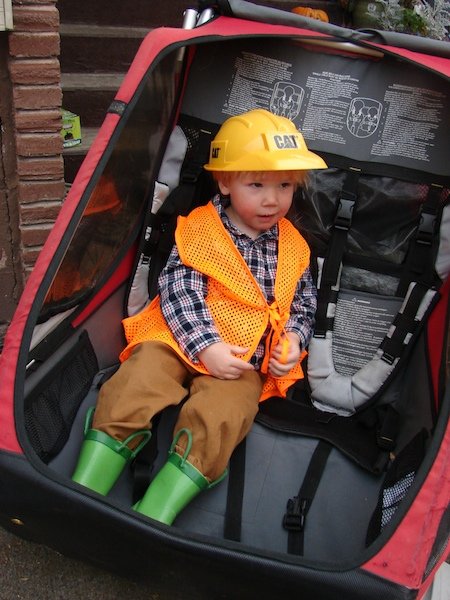 Finn loaded up and ready to go. 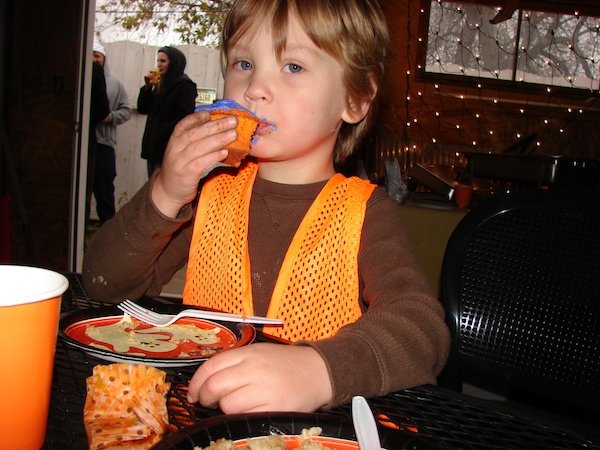 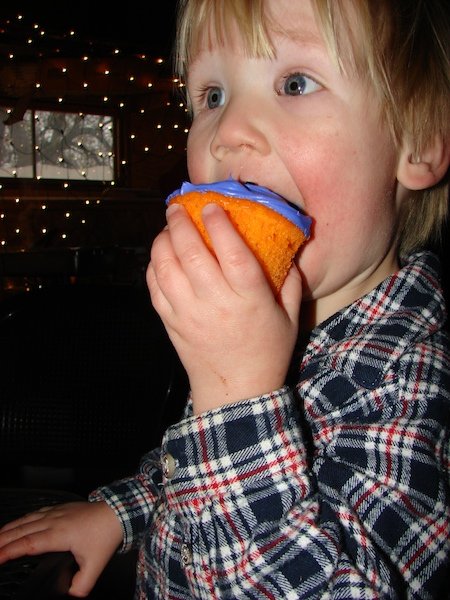 “If only I didn’t have these giant tonsils and could shove more food in my face….” 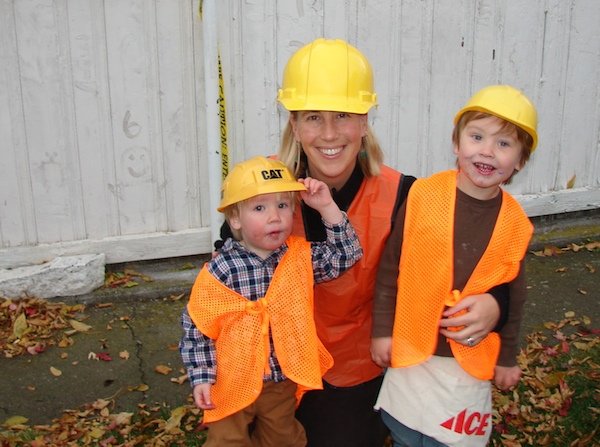 We specialize in demolitions.

We ate, we played, we admired friends’ costumes and then hit the streets to beg for candy. Anders and I had been talking about how trick-or-treating works so he would know what to do. Apparently, I forgot to mention that you wait for someone to open the door before you start the process. He kept walking up to closed doors and saying, “trick or treat!” Once he gets something in his head it is hard to convince him of anything else. He always says, “ca-police” instead of “police.” I have no idea why, and no matter what I tell him he says “ca-police.” Maybe because it rhymes with “the police.” Who knows.

But, I digress. We went trick-or-treating and at each house Finn had a look of amazement that someone was handing him candy. He was super smiley all night. We ran into several friends, but it is so crazy-crowded on Yellowstone Ave on Halloween, that it’s hard to tell who is there. I’m lucky I came home with my whole crew. 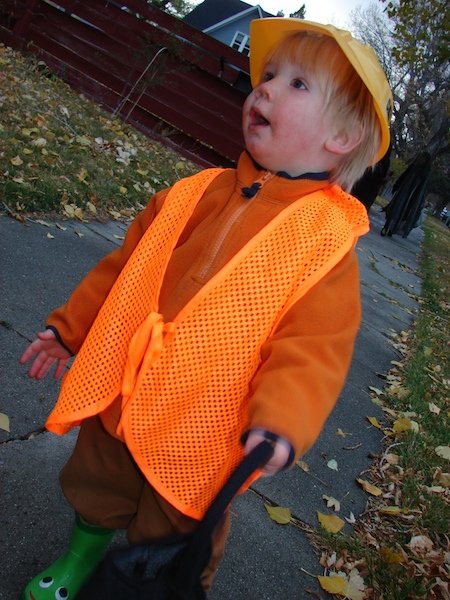 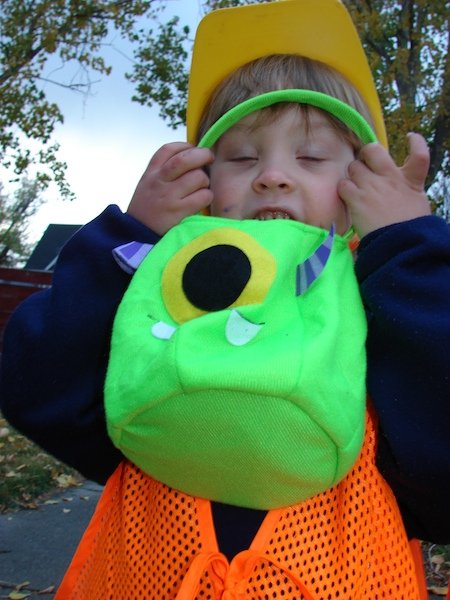 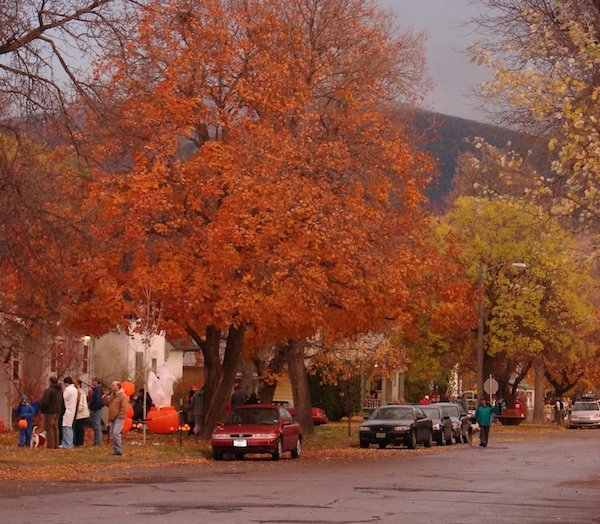 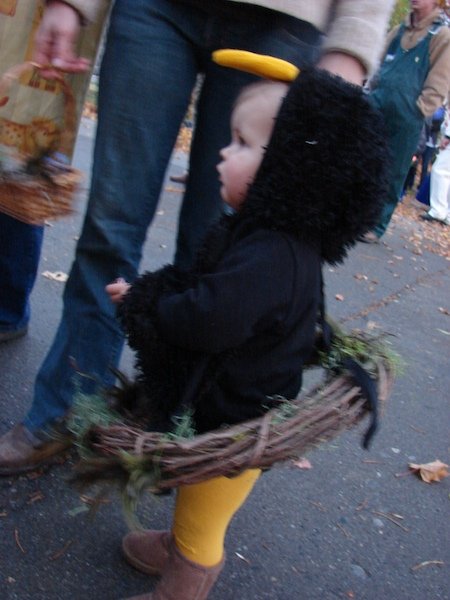 Fuzzy Matine. She has the cutest bird and nest costume. 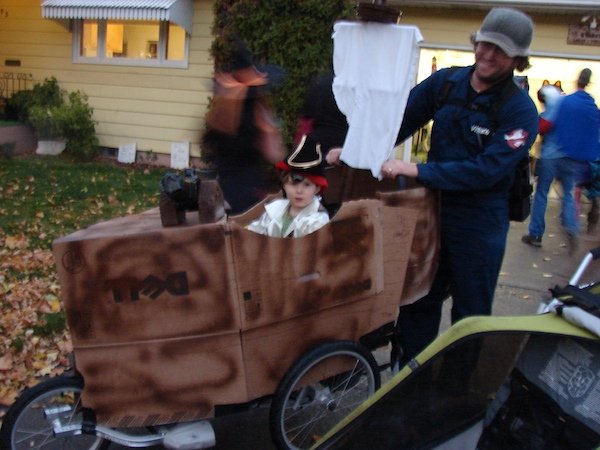 Pirate ship with Captain Logan being pushed by a Ghostbuster. I saw three different Ghostbusters this Halloween.

We stopped in at another party then headed home.