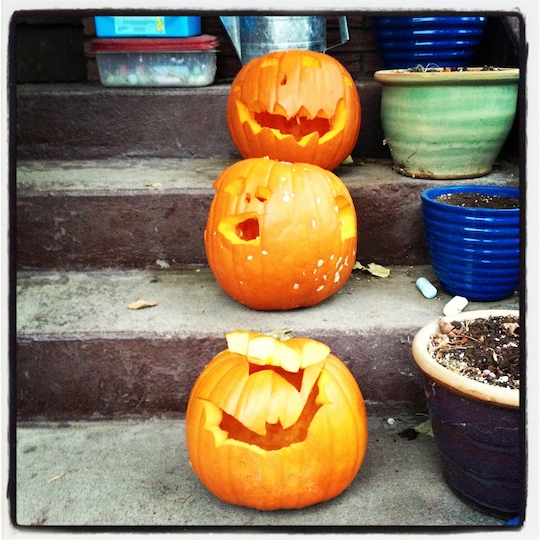 I’ve been wanting to post my Churchill pictures (bears, auroras and tundra, oh my!) but they’re in a format that I can’t work with. Instead I am going to post a whole slew of pictures of our Halloween festivities. We’re going big this year.

We started off by finding our way through the Bozeman Maze. 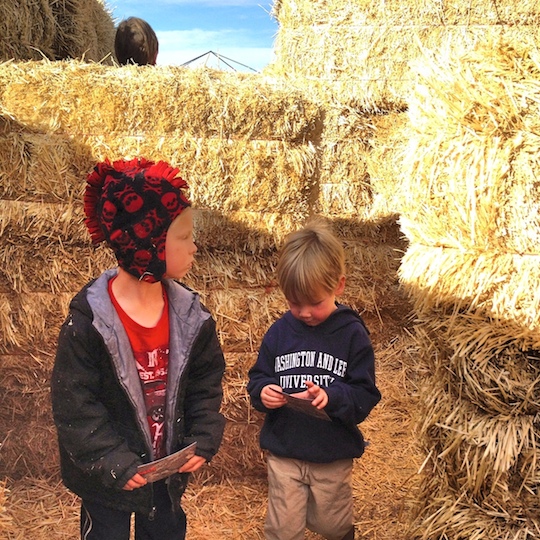 Exploring the maze with our neighbor. 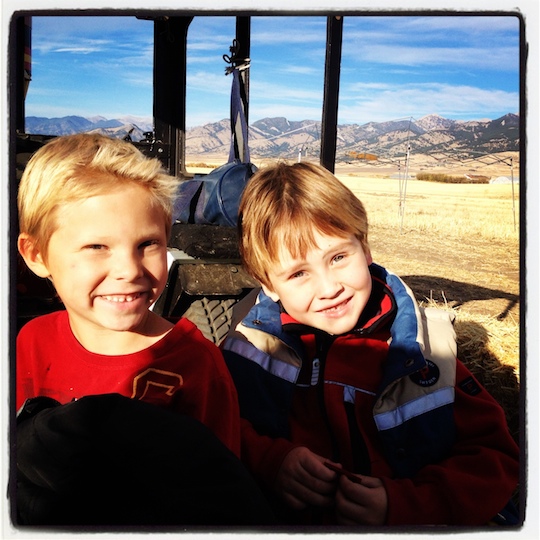 Riding the train at the maze. 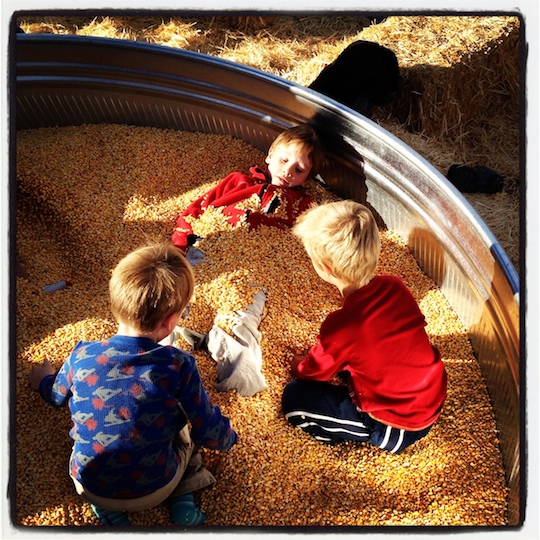 Anders gets buried in the corn pool. 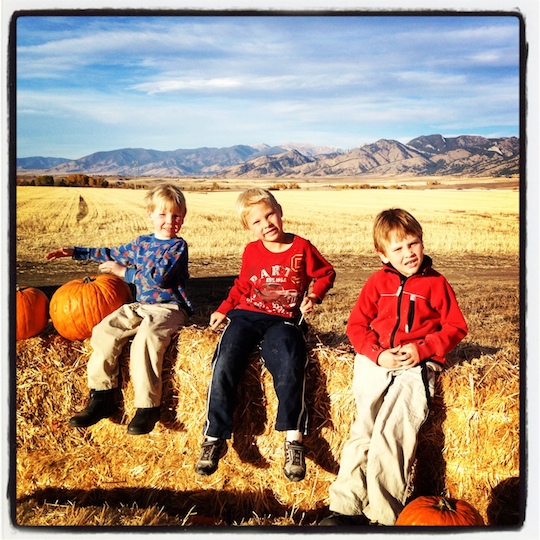 Sitting on haystacks…as you do this time of year. 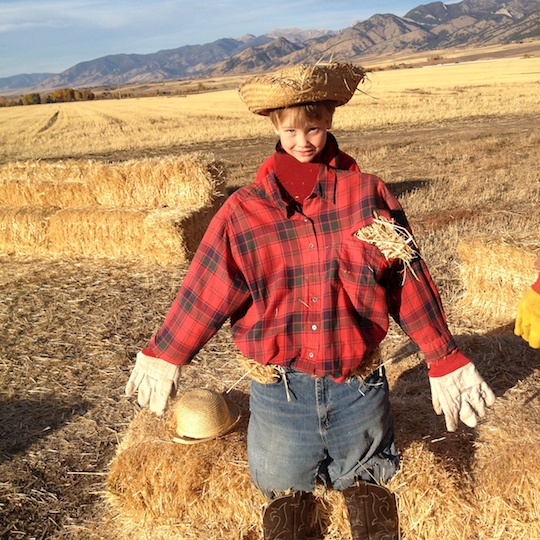 Before Henry left for Churchill (he’s just gone for a couple weeks this year) we wanted a family day at the pumpkin patch. We usually go to a farm in Bozeman, but we opted for the local gig at the fairgrounds. It was small, and only one or two other people were there when we were, but it was cute. And we got some super expensive pumpkins, so there’s that. 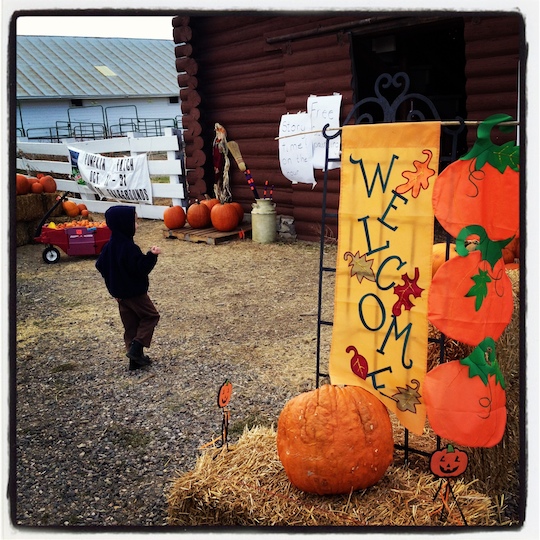 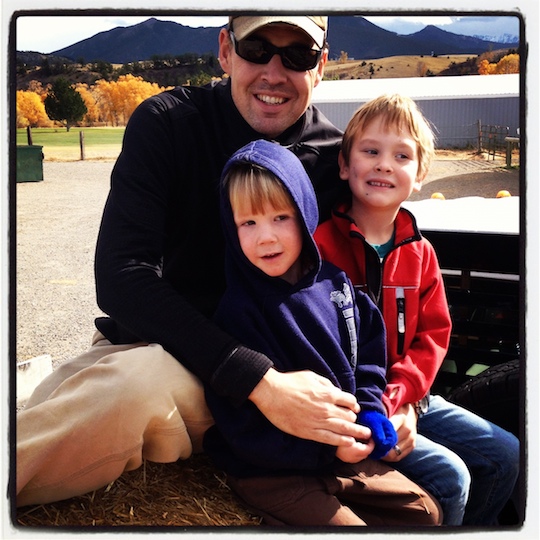 The “hayride.” We sat on bales in the back of a pickup and were driven to Mayor’s Landing. The fall colors were amazing.

It’s not quite Halloween, but I signed the boys up for a sugar skull class at the Livingston Center for Arts and Culture to celebrate Dia de los Muertos (Day of the Day). 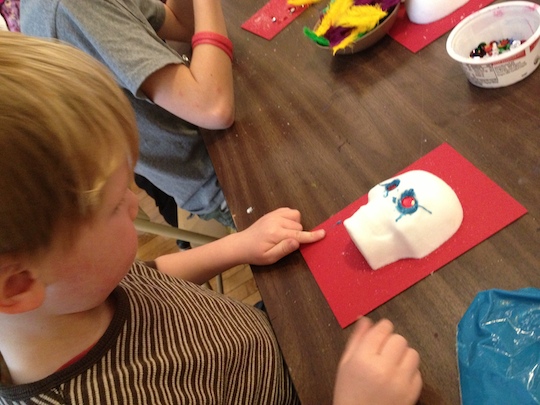 The start of Finn’s sugar skull. 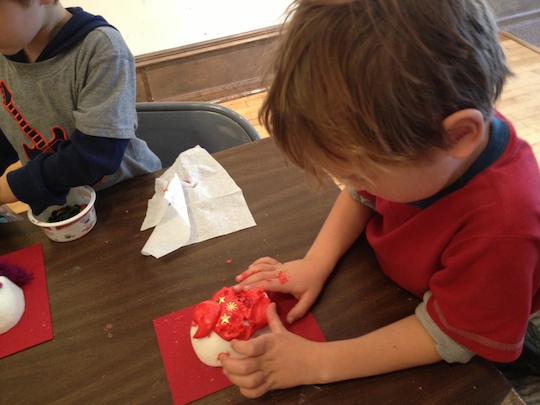 Oh yes, Anders added even more frosting than this. And it wasn’t even edible.

We took the pricey pumpkins to a carving party a friend of a friend had at the Civic Center. There was a whole lot of running around (yay!), some carving, and enough pizza to feed a pumpkin patch worth of people. 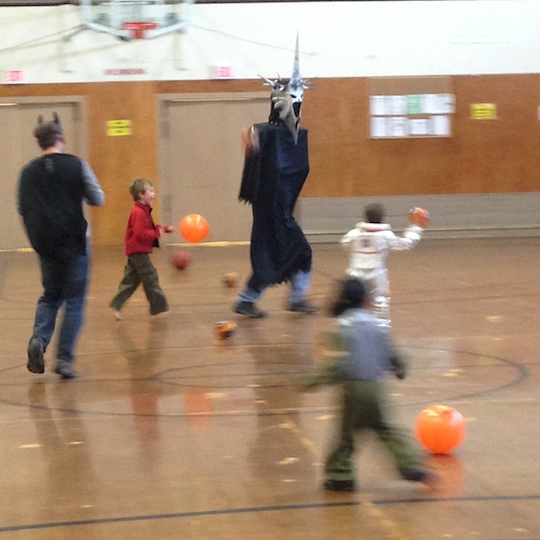 The little kids ran scared (and cried), but Anders and Logan took off after the Lord of the Rings character and pelted him with balloons. 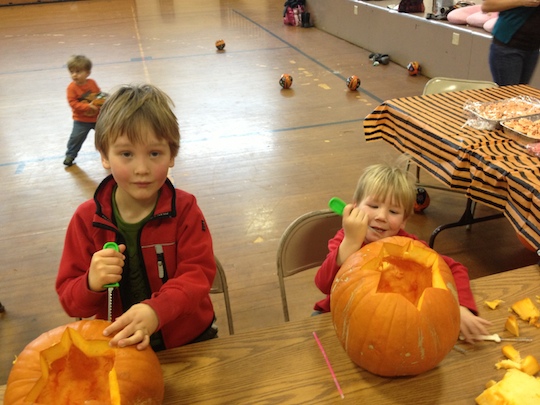 The boys got to carve their own pumpkins this year. 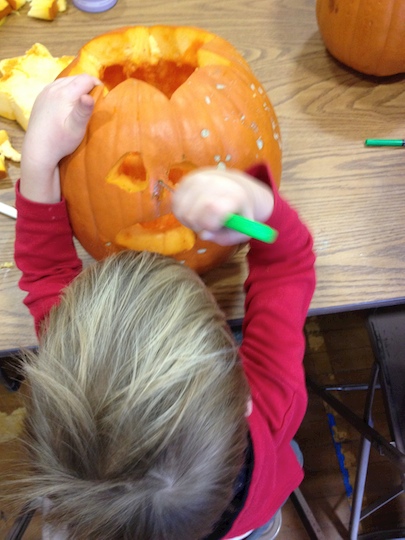 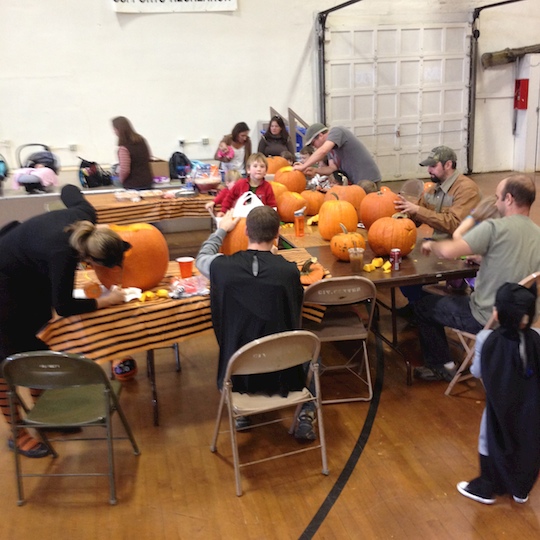 Well, one party wasn’t enough, so we had one of our own. Not so much a party as a get together. I invited two friends, and suddenly there were eight kids. Funny how that happens these days. 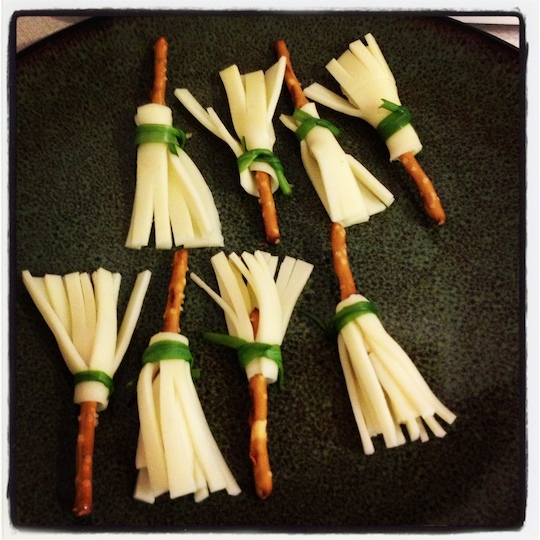 Pretzel/cheese brooms for snacks. Cute, no?

Combing the neighborhood for witches, ghosts and bats to cross off their scavenger hunt list. 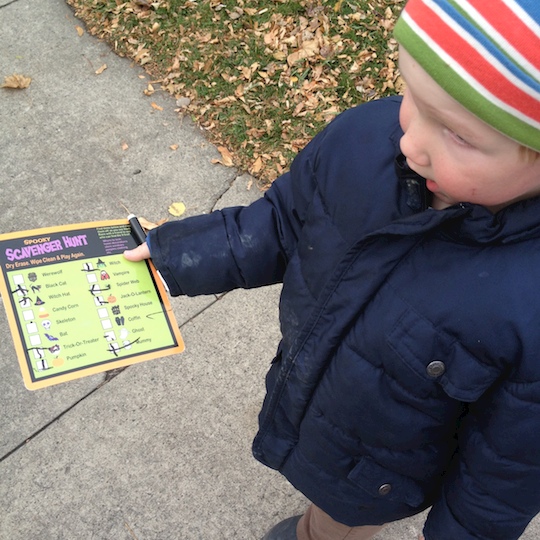 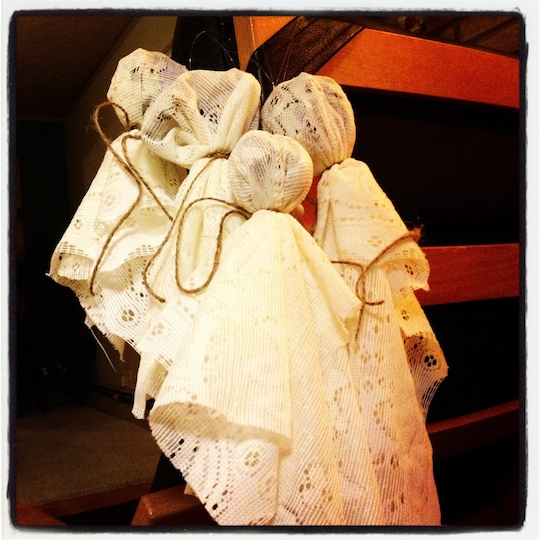 We made ghosts out of curtains I found at a thrift store. 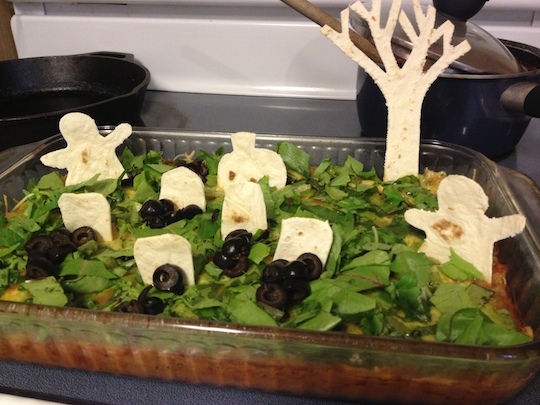 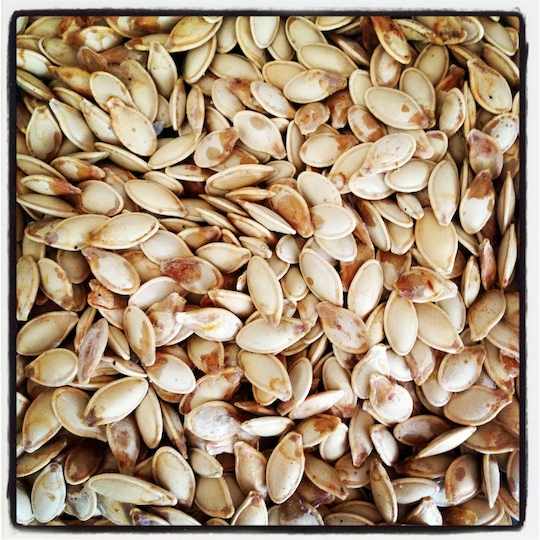 You have to have roasted pumpkin seeds!

What’s scarier than a graveyard the day before Halloween? Probably a lot of things, but we were looking for a place to walk the dogs, so it seemed appropriate. 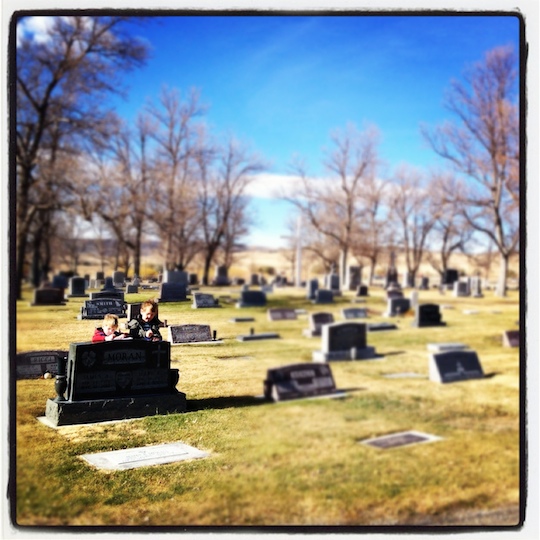 We went on a spooky graveyard walk to get in the Halloween spirit. 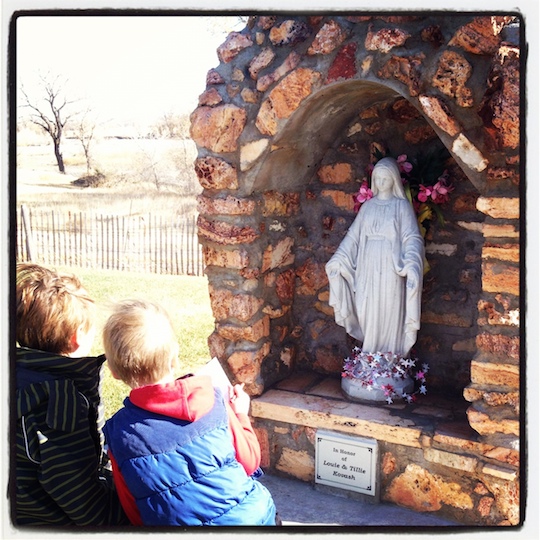 Tomorrow’s the big day. Trick-or-treating and a couple more parties. Then we rest.