This morning we packed up our stuff and headed out of Esquel and back to Bariloche. But, we didn’t go the short way, oh no, we took the very long–and scenic–route. Anders was not happy.

We started out by heading south to Trevelin and then into Parque Nacional Los Alerces. I was looking for a specific trailhead, which we did not find, so we ended up driving, driving, driving on a bumpy dirt road. 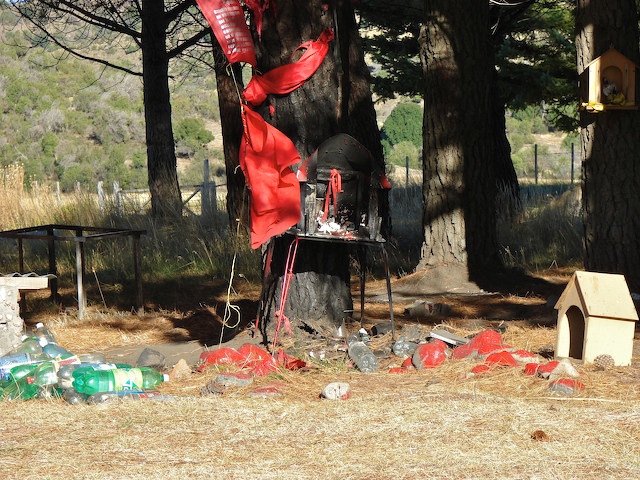 You see these shrines around a lot. Henry was told they mark the place where travelers died of thirst (hence all the water bottles), but some of them are a stone’s throw from a lake or river. My theory is that the tradition of the shrine started with dead thirsty travelers, but now anyone who dies on the road gets one. Like the white crosses here in the US.

We stopped at one little waterfall that was about a five minute walk from the road, had a snack and watched a little bird hop around. 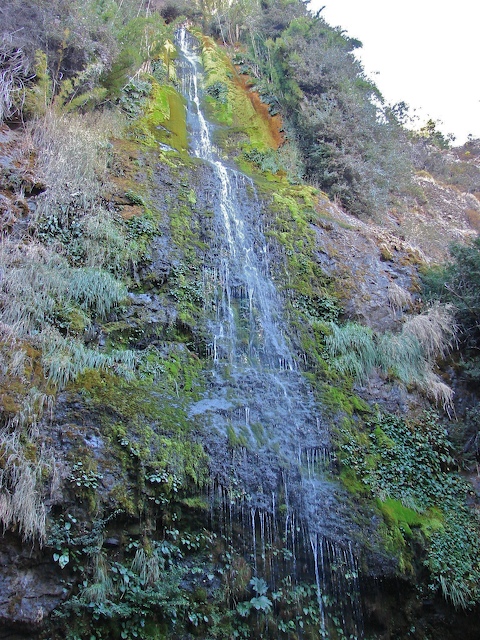 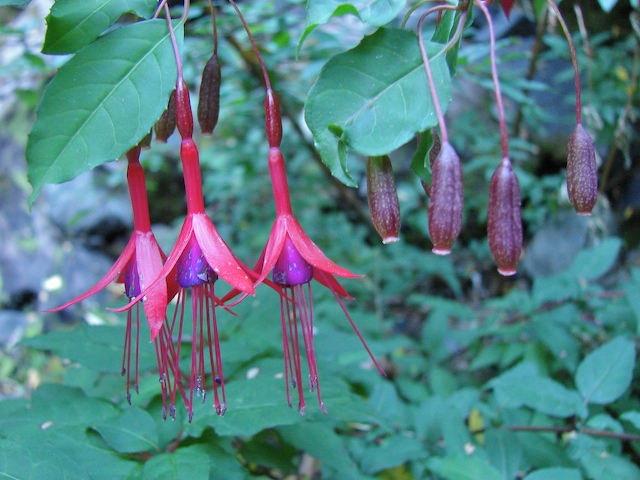 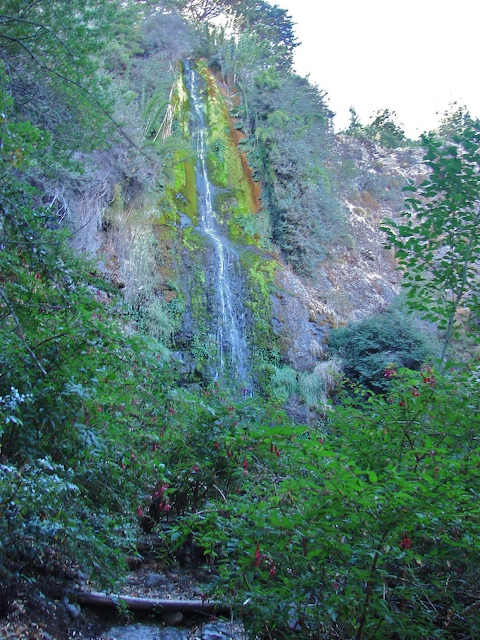 Looking back at Cascada Tio Mindo as we head down the trail. 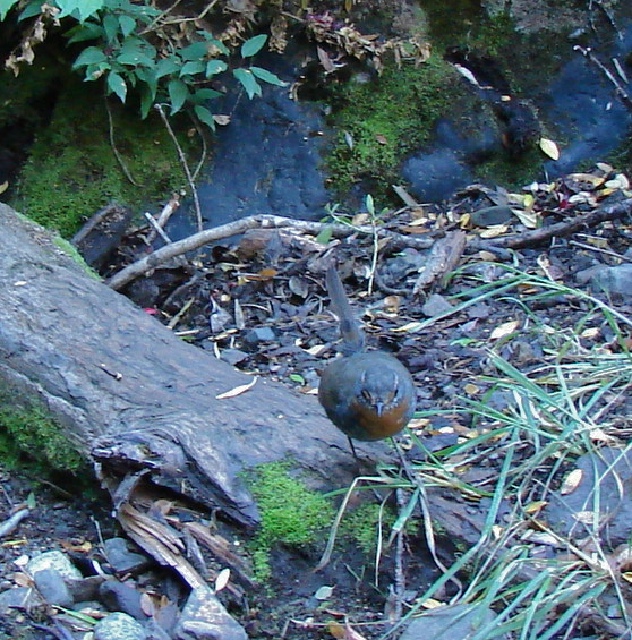 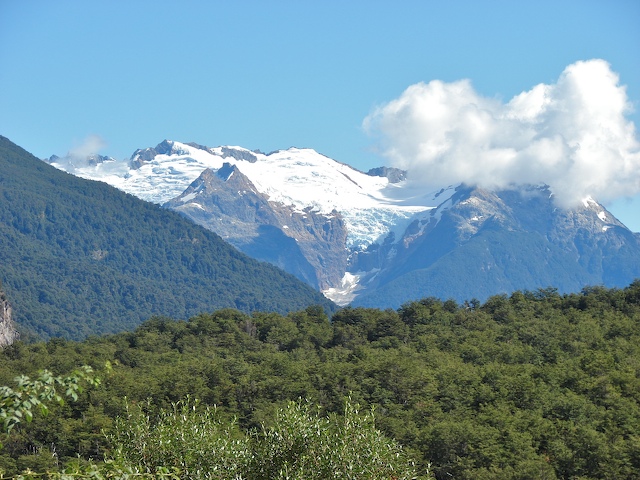 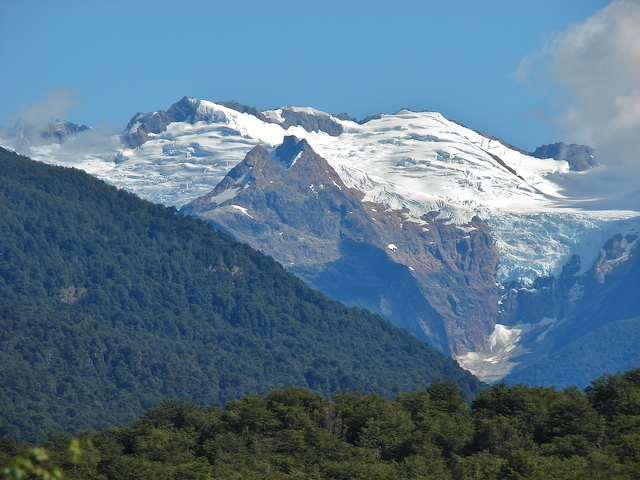 The same mountain, but closer. 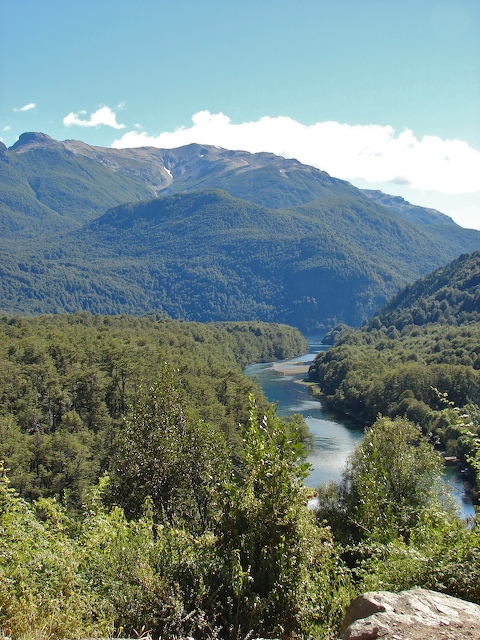 Then back in the car until we got to the north end of the park and pulled over by a lake for lunch. 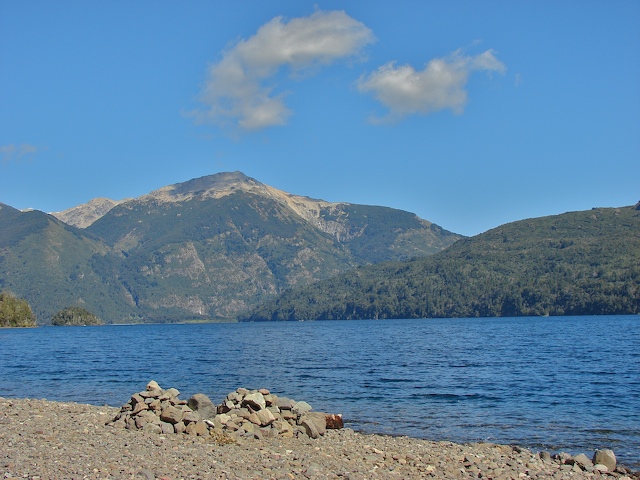 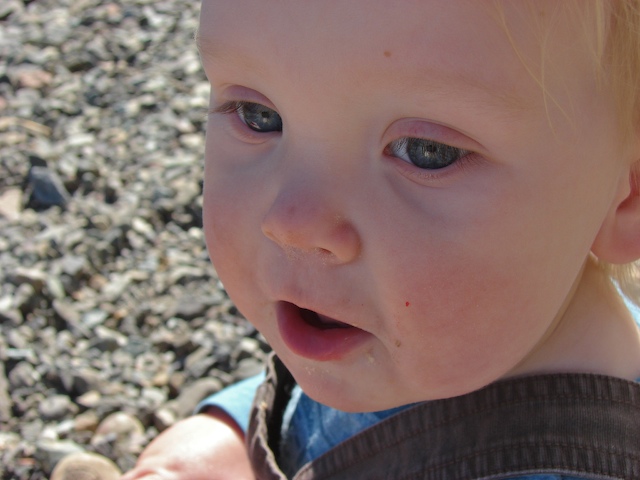 Lunching at the lake

Then there was some more driving. We left the park and headed towards to Cholila, but veered left just as we entered the very small town. At this point you really feel like you are out in the middle of nowhere. Clearly, it can’t be that distant if a Montanan in a rental car is cruising through, but it feels far away from everything.

I hoped to check out the house that Butch Cassidy, the Sundance Kid and Etta James lived in during their time in Argentina, but the gate was locked and no one was around. I caught a glimpse of it from the road, though. 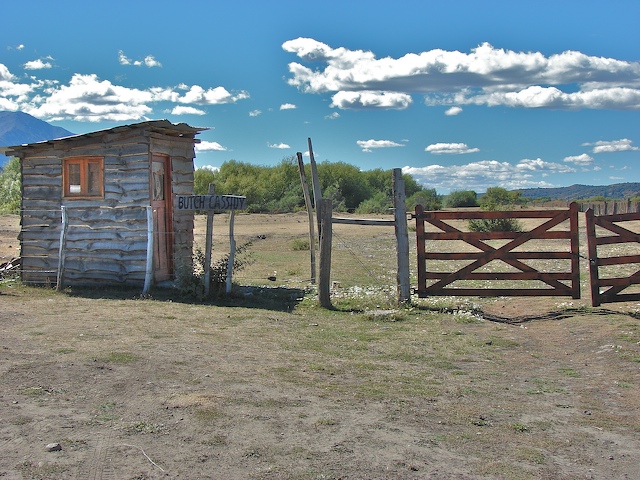 Entrance to the house that Butch Cassidy, the Sundance Kid and Etta James lived in. 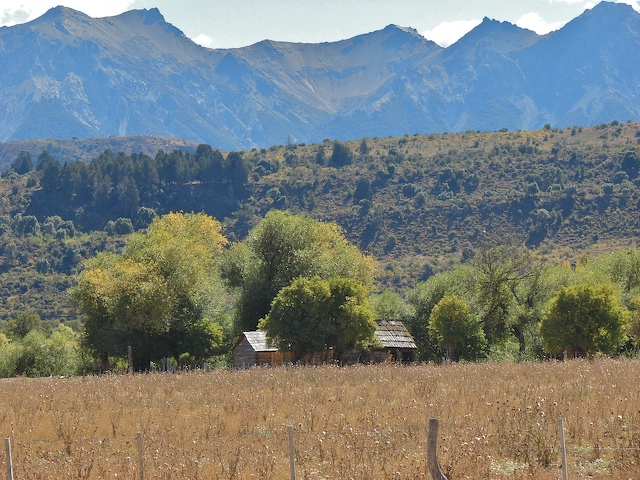 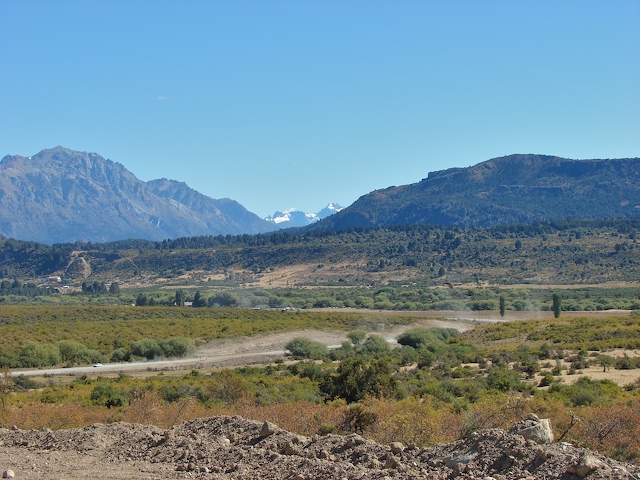 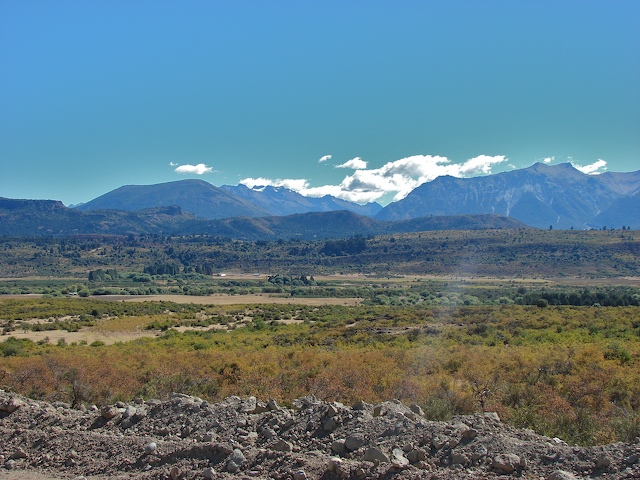 The night before I watched the Paul Newman/Robert Redford flick about Butch and the Hole in the Wall Gang and it was hilarious. I’d never seen it before. Unfortunately, it did not cover the time they were in Argentina, but it was still a great movie. And now I know why everyone is so crazy about Robert Redford. He was a hottie, holy cow. Seriously, that is one good looking man.

Not too far past the house we met with the military police at a checkpoint at the Chubut-Rio Negro border. They checked my license, my car paperwork, walked around the car a couple times writing stuff down and then sent me on my way.

Then we hit pavement! What a relief after all those hours on a dirt road. The rest of the day was just driving and crying, so I won’t bore you. We got to Bariloche and our hotel (no cabaña since it was Santa Semana–Easter week–and everything was booked) and Anders ran around like a one year old that had been strapped in a car seat all day.

1 thought on “From Esquel to Bariloche through Los Alerces N.P.”