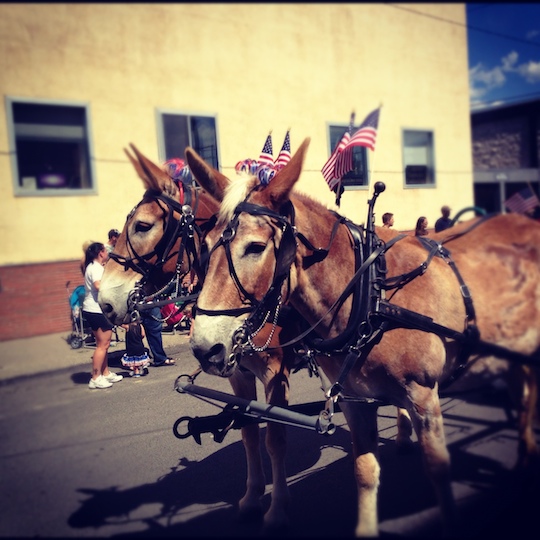 Is it too late to post Fourth of July photos? I think not. It’s still July…for a few more hours.

I’m not a big flag waver or overly patriotic, although I do love this country, but ever since I started living in small towns I’ve really enjoyed Fourth of July celebrations. I love that we (that means Henry) go down early in the morning and set up our chairs with all the other townsfolk. It’s a cute little ritual and it guarantees we sit in the shade. Thanks, Henry! I love that every rescue vehicle, from fire engines to jet skis on trailers, are shined up and driven down the parade route. I love that the two bands go up and down the street three or four times because there aren’t enough music acts. I love that anyone can be in the parade (and sometimes it seems like the whole town participates).

People come from all over to celebrate Independence Day with us. It’s more than the parade, It’s three days of fun. it’s an art fair, BBQs, Democratic Party fundraisers (maybe the Republicans have fundraisers too, but no one invites me to those), old cars, kids wearing read, white and blue, and the big event–the Round Up Rodeo. It’s one of the biggest purses in the country over the Fourth of July holiday.

As usual, we took part in most of the festivities. 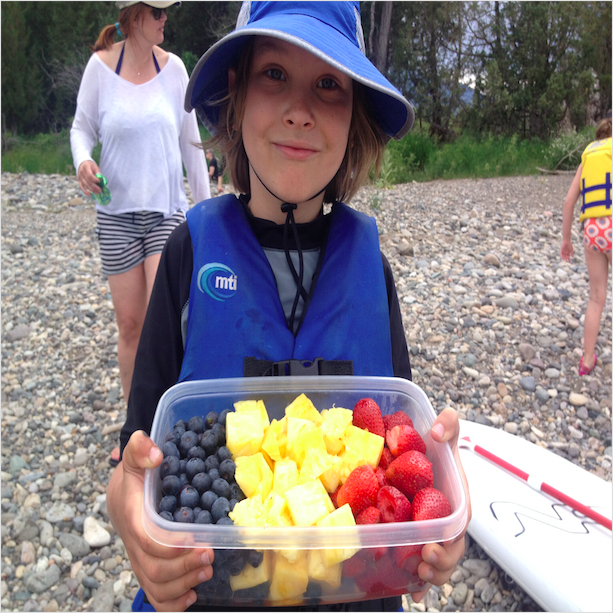 Love a riverside barbeque with patriotic fruit on the side. 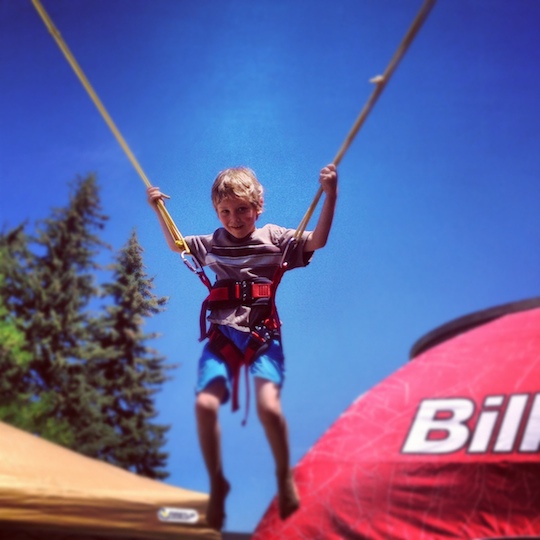 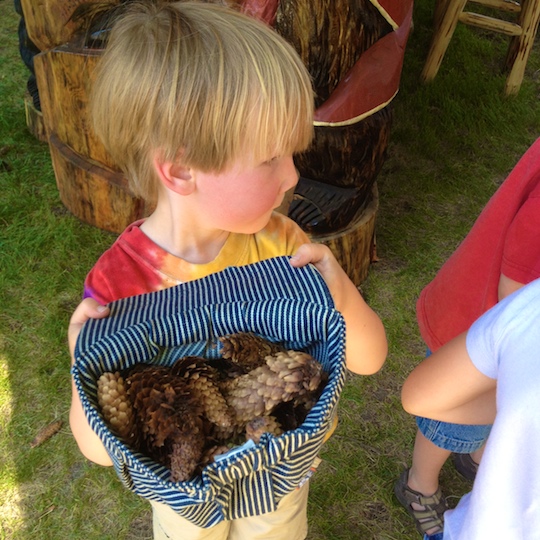 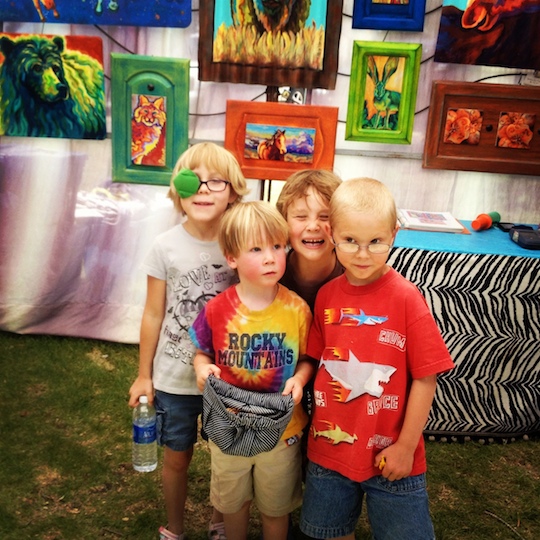 Our boys, the neighbor kids and I perused the art fair. And acted goofy. 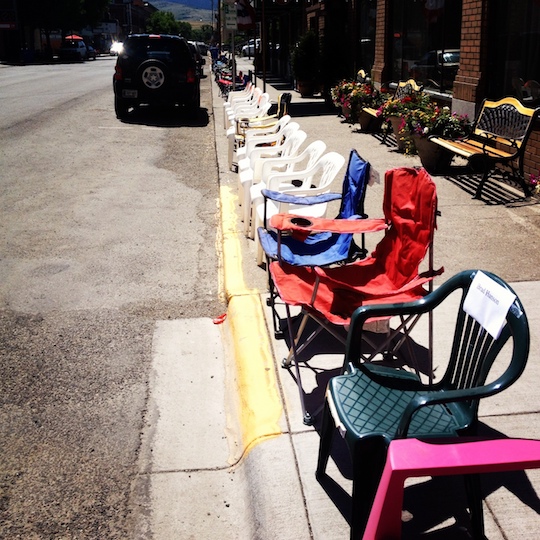 Lined up and ready for the parade. 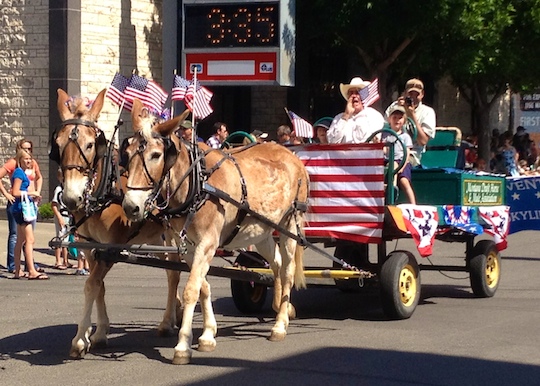 This year Big Henry was in the parade. See what I mean about anybody can be in it? 🙂 H and the boys rode along, too. 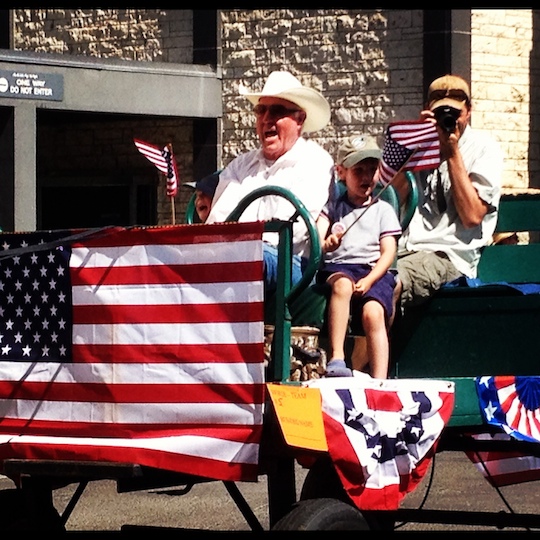 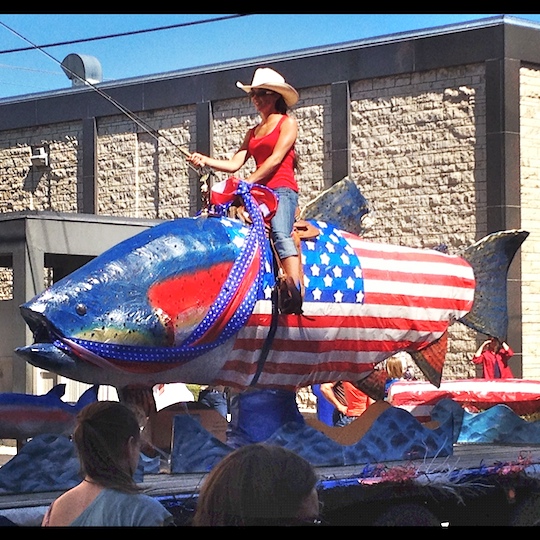 Probably the most professional looking float in the parade. 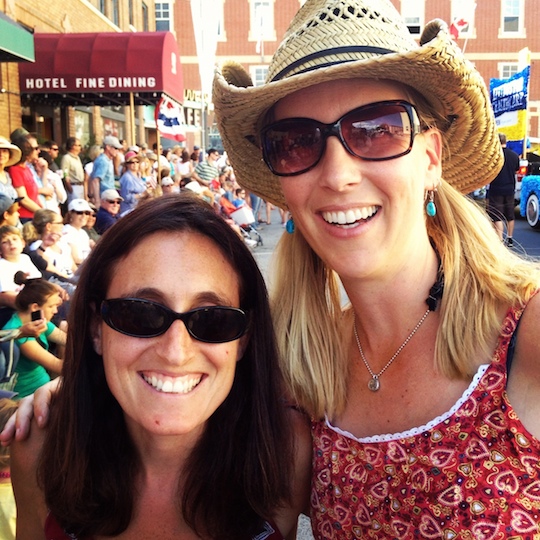 Since H and the boys were in the parade, I got to hang out with my friends and drink gin and tonics. Best parade ever. Here I am with my very small friend Deena. 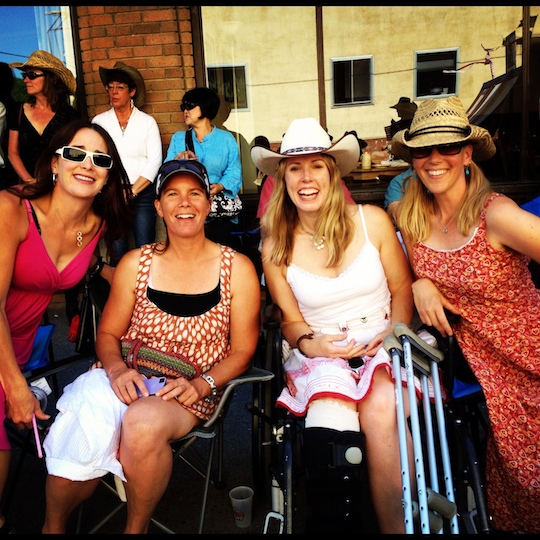 Dorel, Felicia, Seonaid and me! 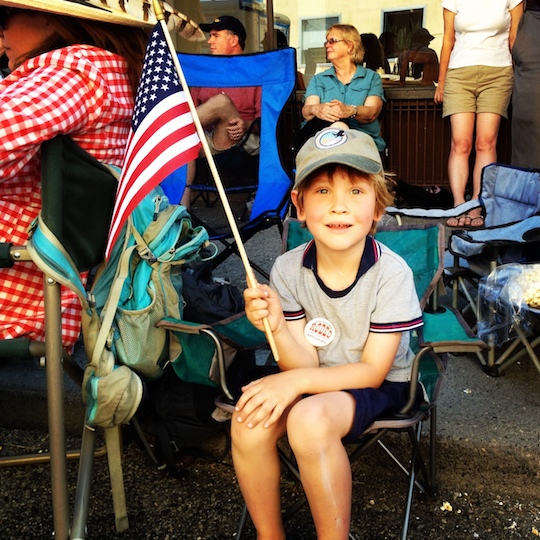 This guy is a flag waver if I ever saw one. He hopped off the cart when they got to me and watched the rest of it from our sweetly-placed chairs. Thanks, Henry! 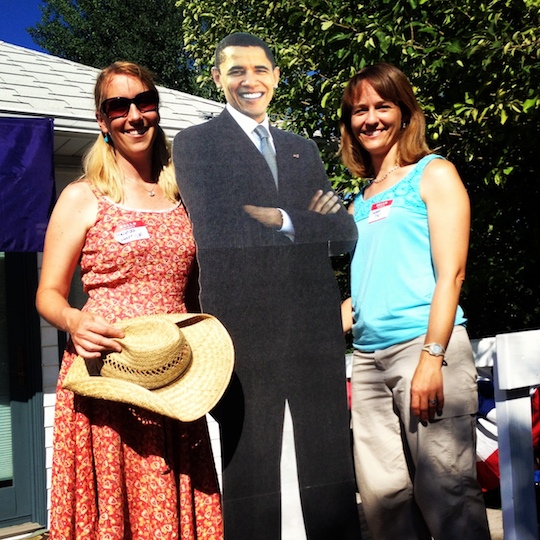 Debbie and I met President Obama at the Democratic Party fundraiser. 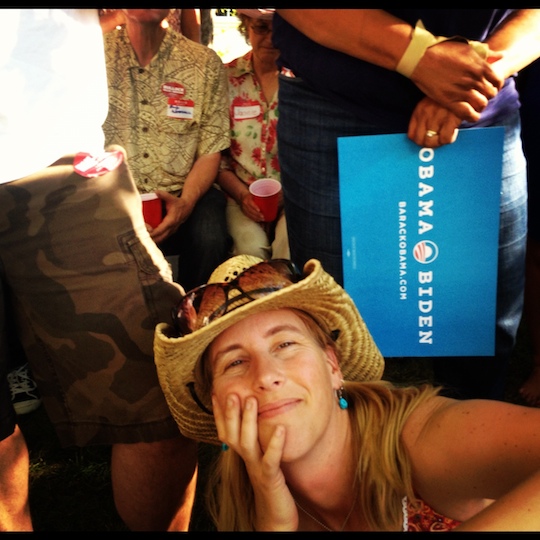 Photo by Anders. And apologies to all those conservatives in my family 🙂 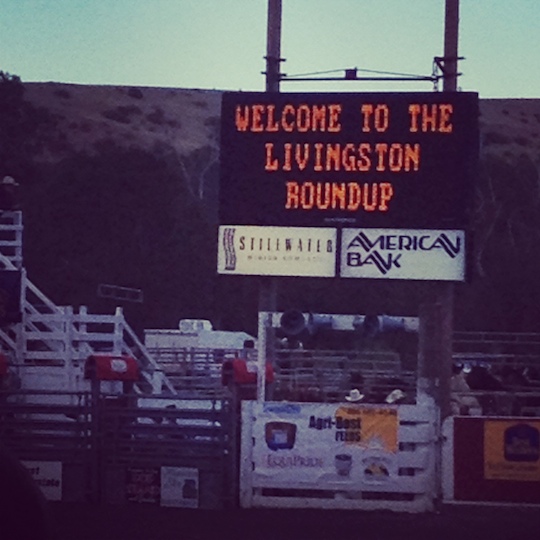 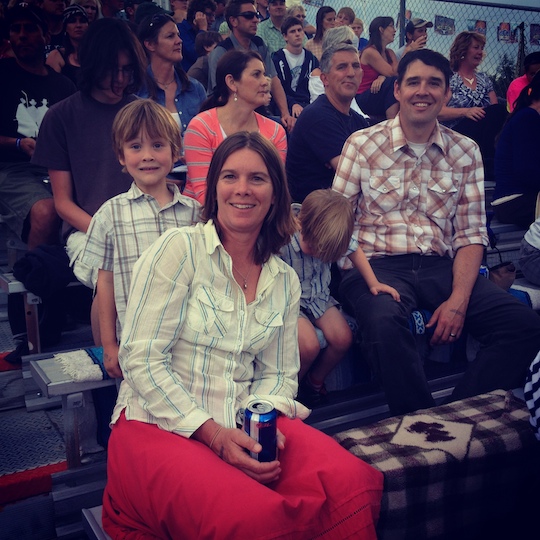 Anders, Felicia, Finn and Henry are Round Up ready. 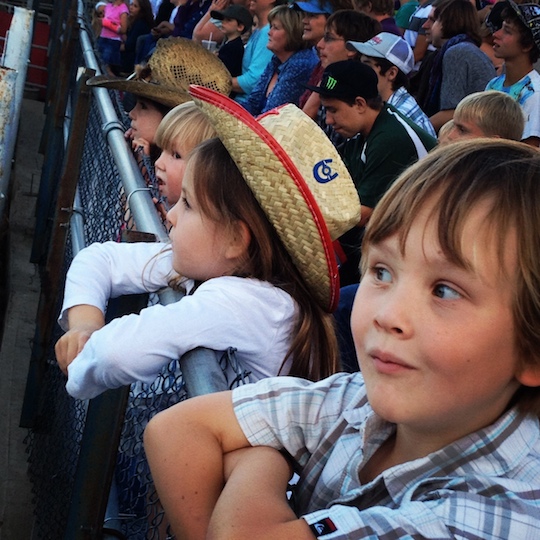 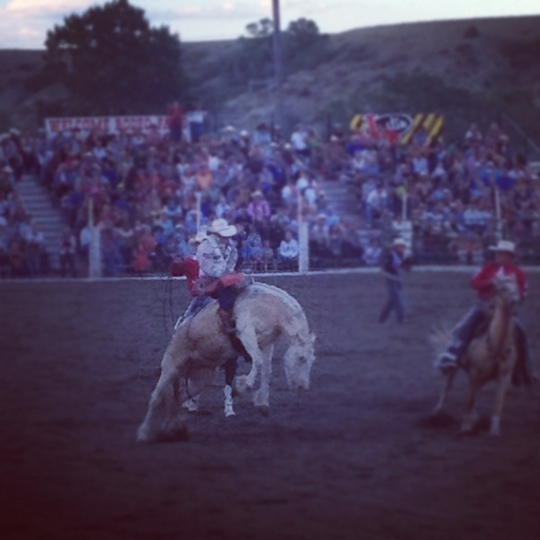 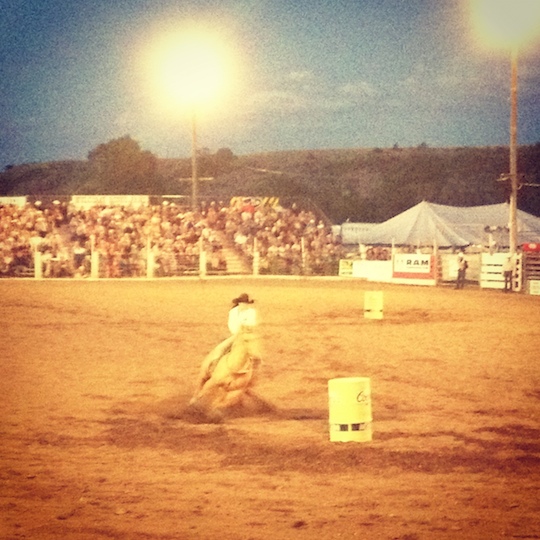 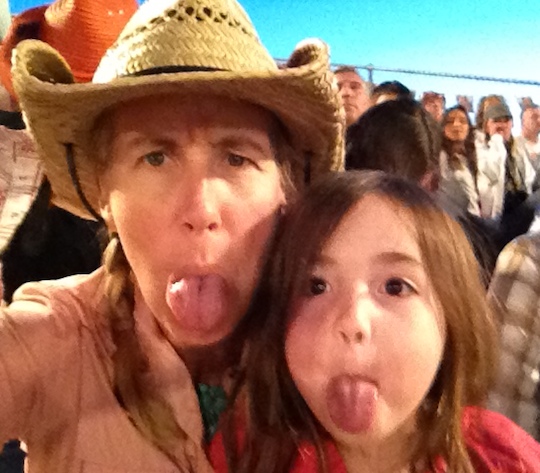 Kiris and I play with the camera. 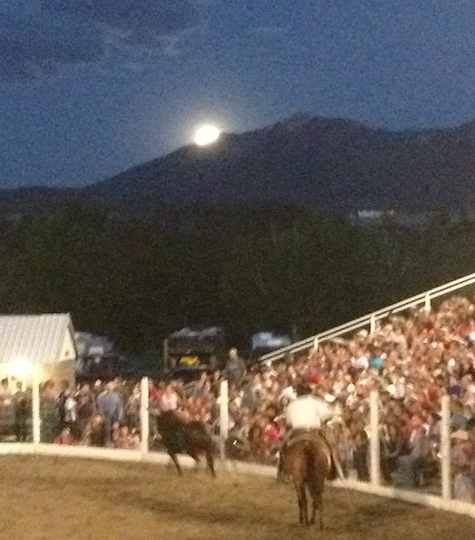 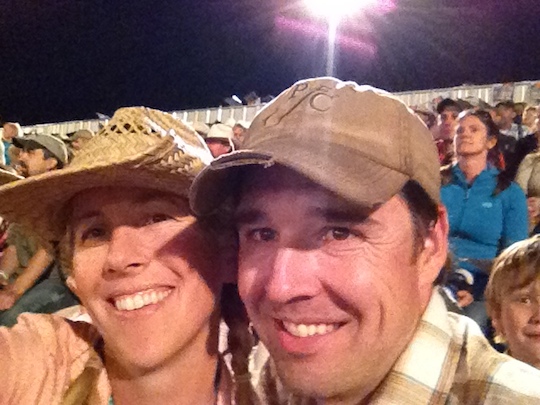 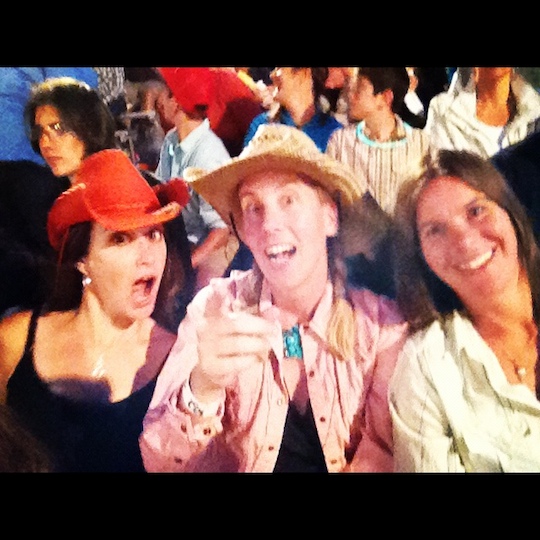