Finn loves smiling and laughing, does not enjoy being held by anyone besides me or Henry and loves looking at Anders. When Finn is getting fussy, I can send Anders over to cheer him up.

Anders is such a good big brother. The other day we were all in the truck and Finn was super fussy. Usually, if we let him suck on our pinkies he quiets right down. He’d been sucking on my finger for 10 minutes or so and my arm was really hurting from the odd angle I was using to reach back into his car seat. I took my finger away and figured he was going to have to cry a bit. 30 seconds later all noise ceased.

I looked back and Anders had his finger in Finn’s mouth and Finn was sucking away, happy as could be. I guess Anders had seen us calm Finn enough times to know what to do.

But, I digress. Here are some photos of Anders and Finn–both 5 months old. 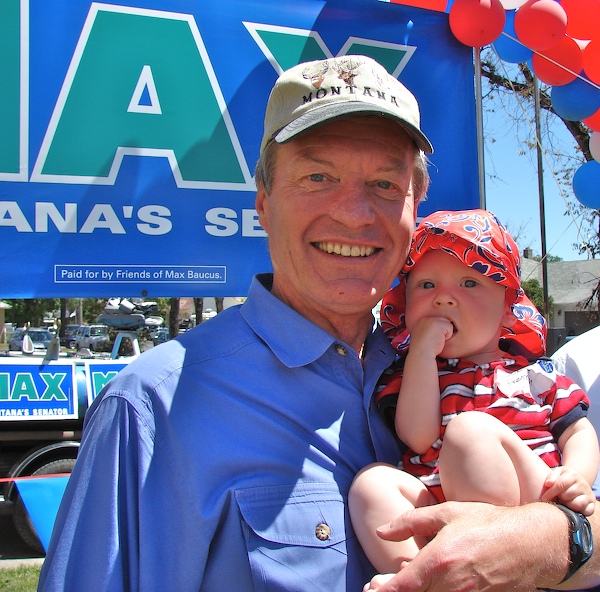 Anders meeting with our senator–Max Baucus 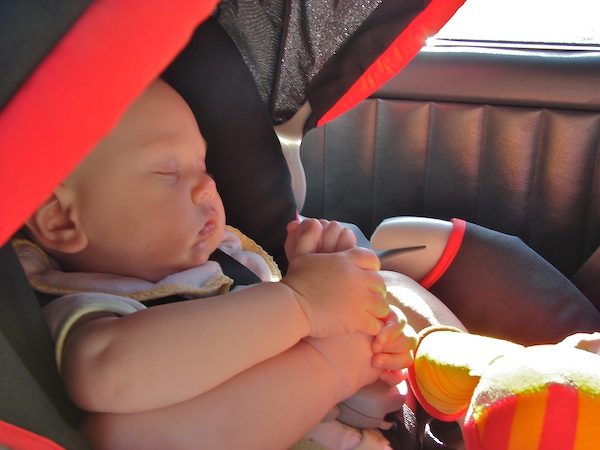 Anders takes a ride in the truck. I miss the truck. 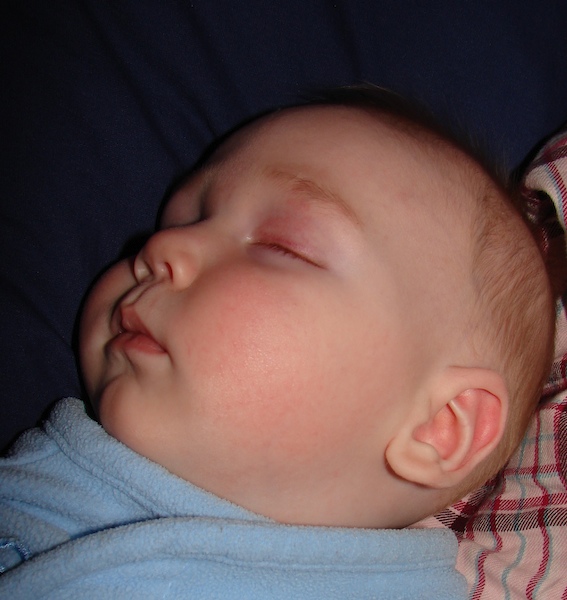 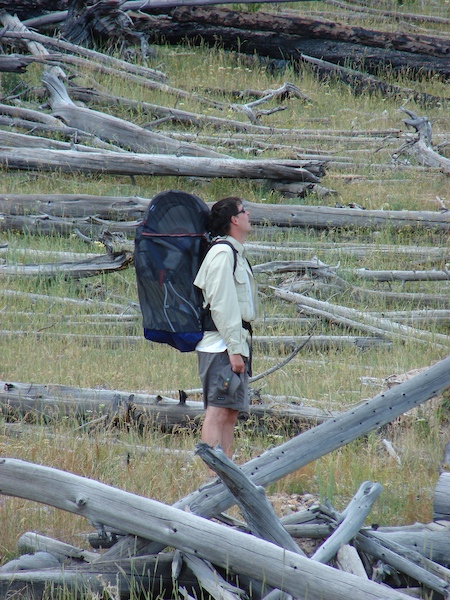 Anders rides into Heart Lake in Yellowstone National Park. A 15 mile round trip adventure for a story I was writing. He cried for the last hour of hiking. 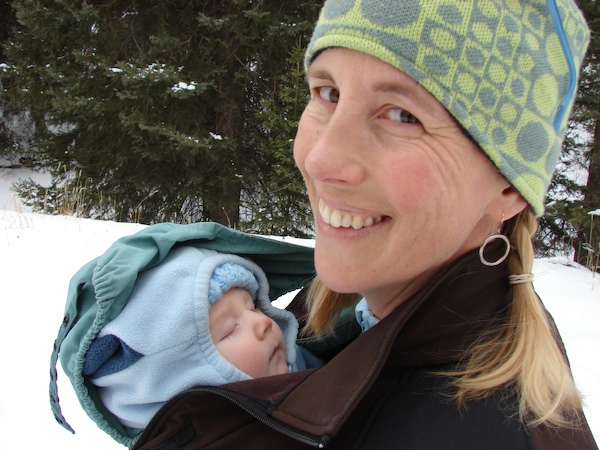 Finn has been out skiing a handful of times. Not bad for a five-month-old born in August. 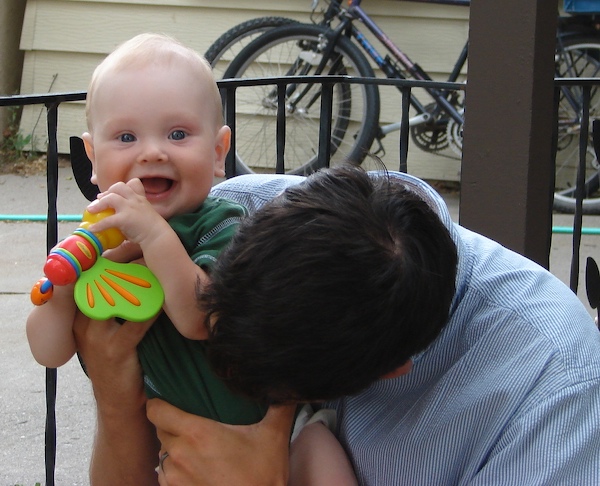 One of the few smiles we caught on film. (Anders, obviously) 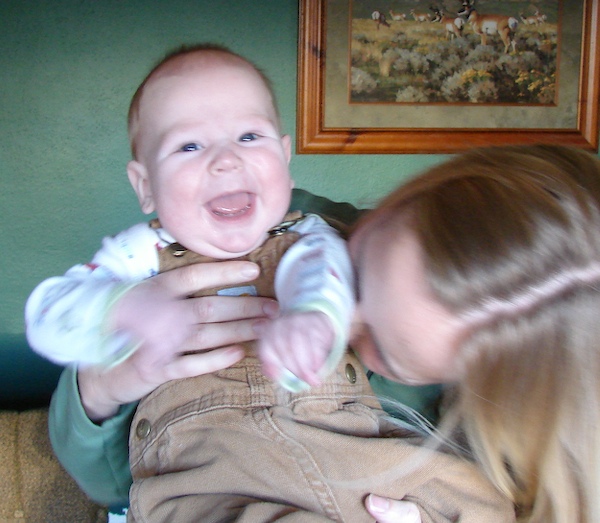 Finn is a known smiler, especially when he gets tickled. 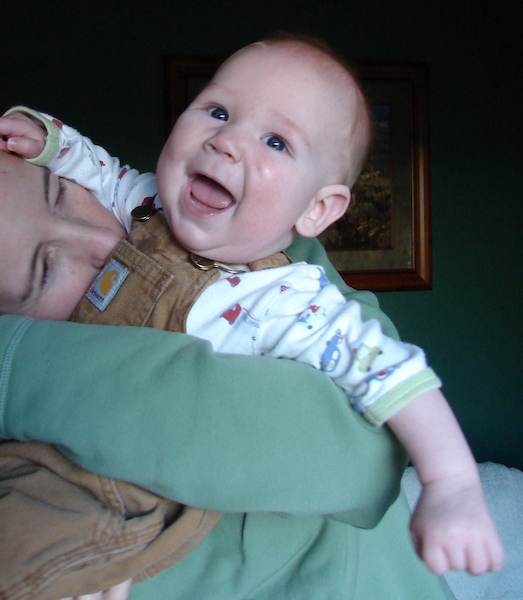 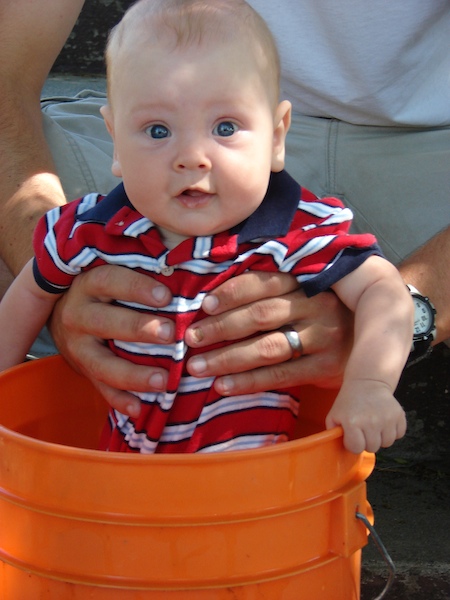 Anders hanging out in a bucket. 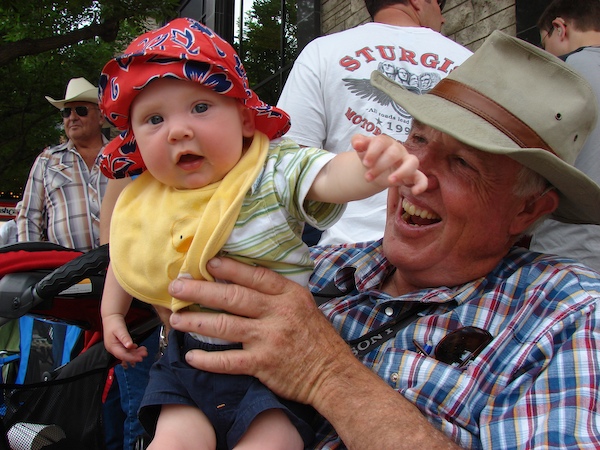 Anders yucks it up at the 4th of July parade with Big H. 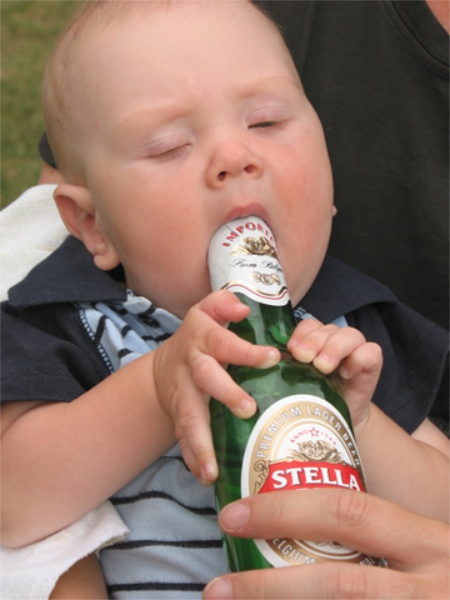 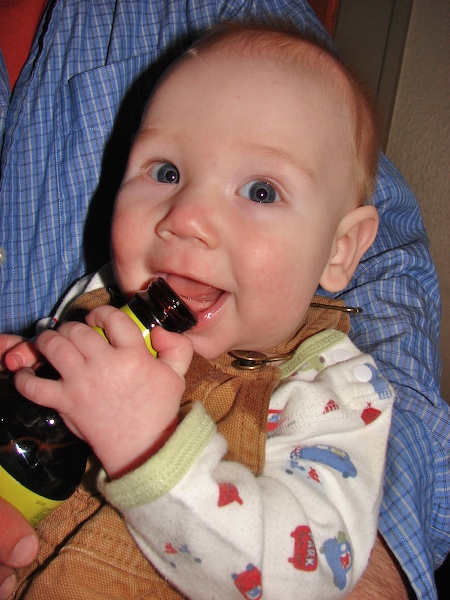 Finn enjoys a cold one from time to time. 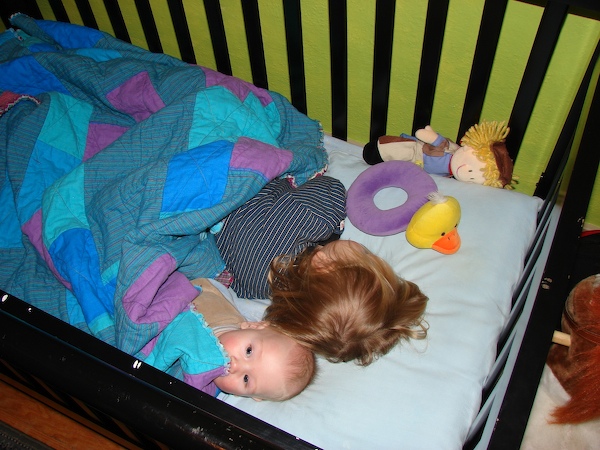