Finn’s 3 month anniversary of ex-utero existence was a few days ago. In the last 3 months he has learned to keep his eyes open, recognize me, Henry and Anders, smile and hold his head up. He also reaches for things and tries to get them into his mouth. He is delighted to find he can get his hand into his mouth for a little sucking and self-soothing.

So far, he still seems pretty mellow. He is very smiley and can often be calmed down with big grins and a happy voice. He seems to be digesting dairy ok, which is kind of a relief for me (although avoiding dairy did help me lose weight…). Finn does really well in the car, which is nice since it took Anders a long time to be able to ride in the car without crying.

Finn started daycare last week and that broke my heart a little. He is going to the same place as Anders. We think Gwynne and Dean are great, but it is hard to send someone so little into a house full of kids. He’s handling it better than me.

I’m posting some pictures of Finn at 3 months and some of Anders between 2-3 months. I didn’t have this blog then, so it might be fun to see some of the baby Anders pics. 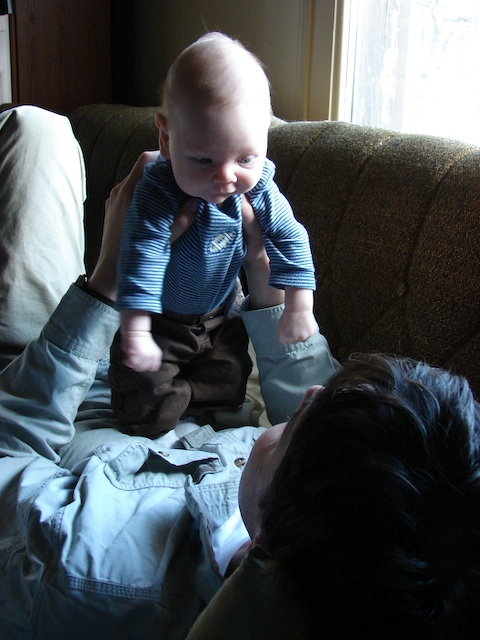 Anders hanging out with dad. 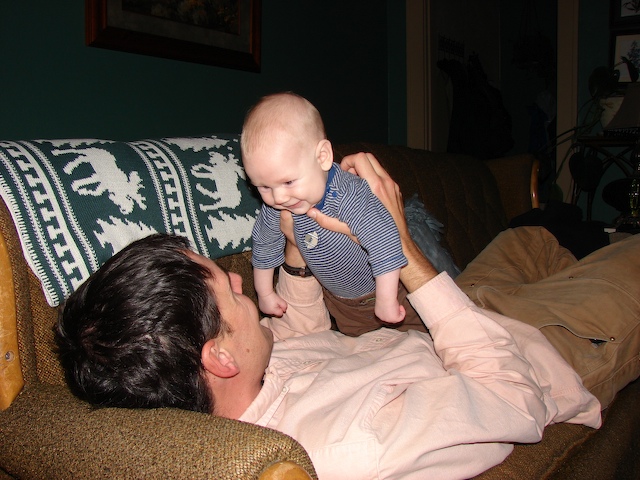 Finn gives Henry one of his winning smiles. 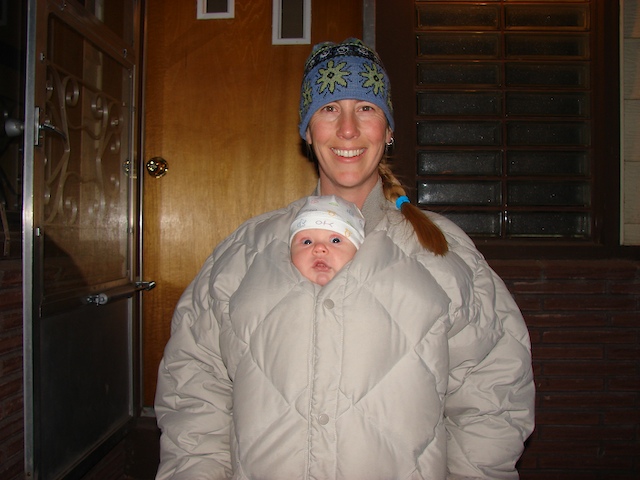 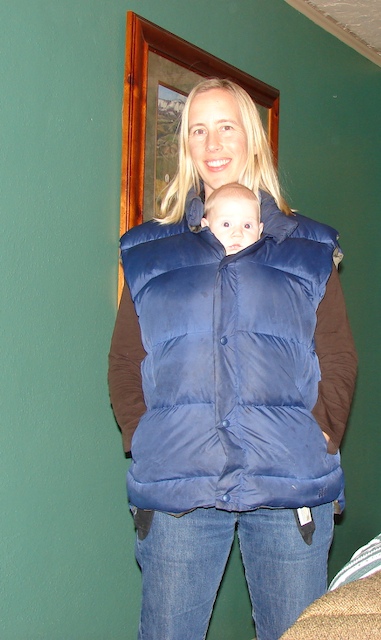 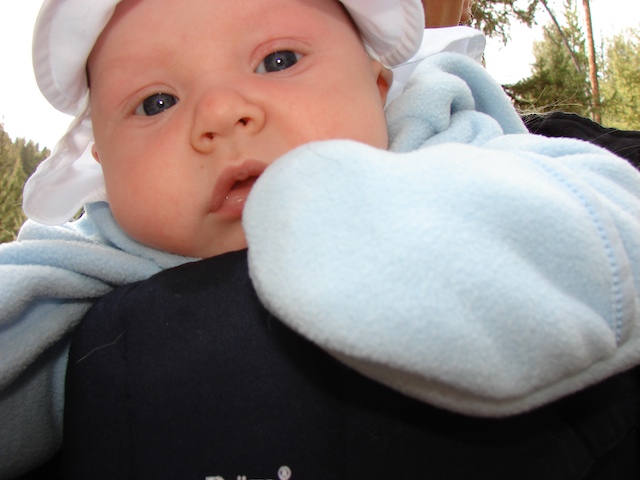 Anders going for a hike up Swan Creek. 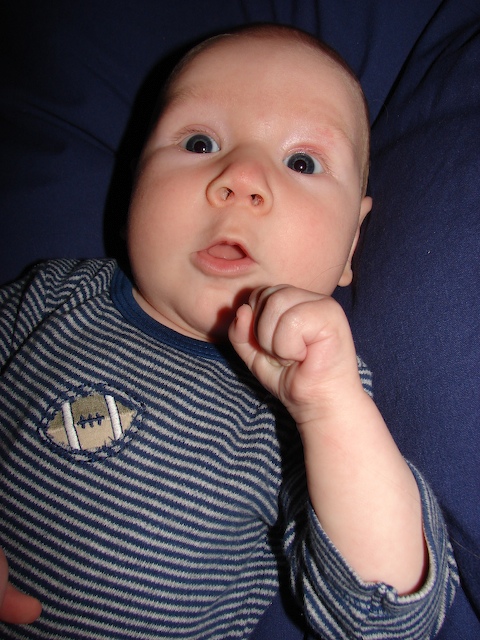 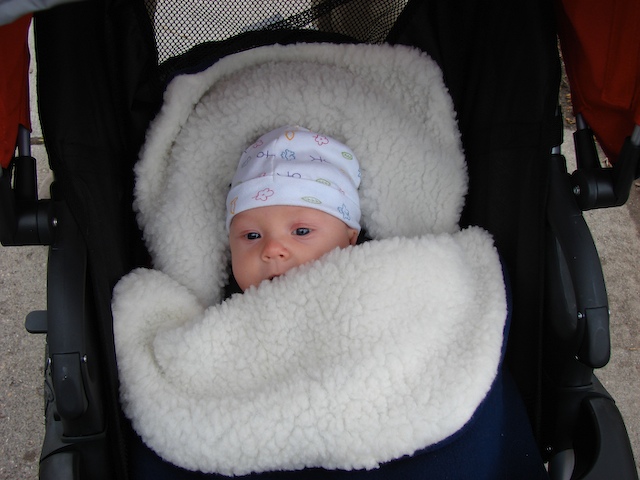 Anders bundled up for a stroller ride. 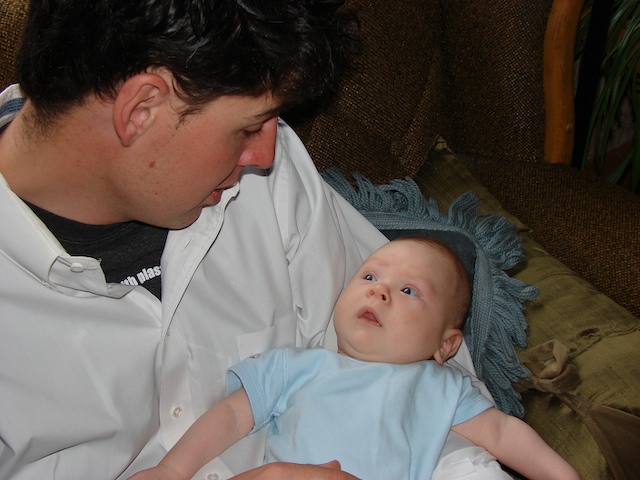 Anders giving dad the stare down. 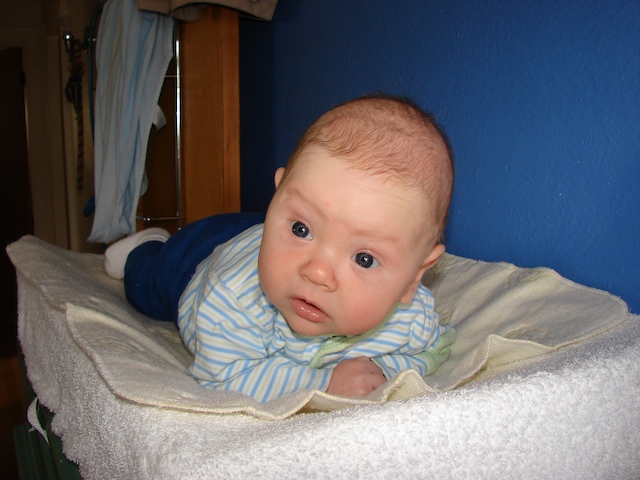 Anders has a little tummy time on the changing table. 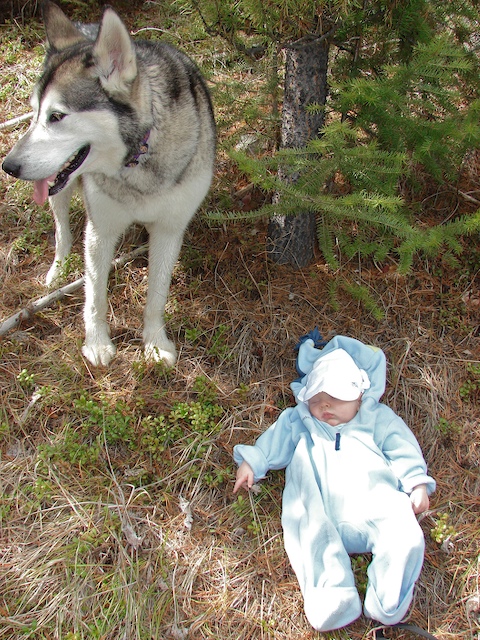 Anders with the babysitter. 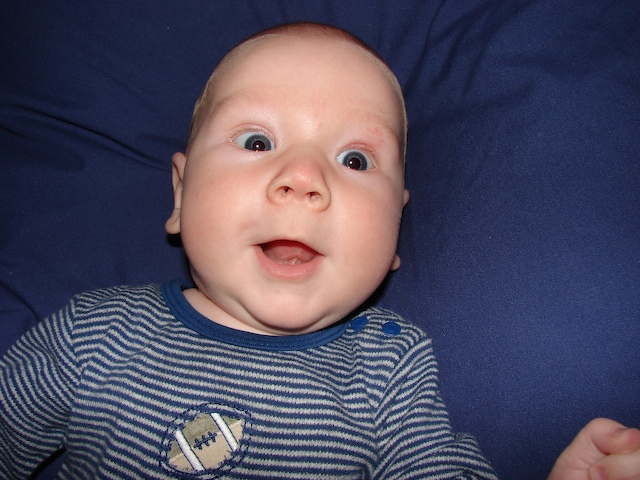 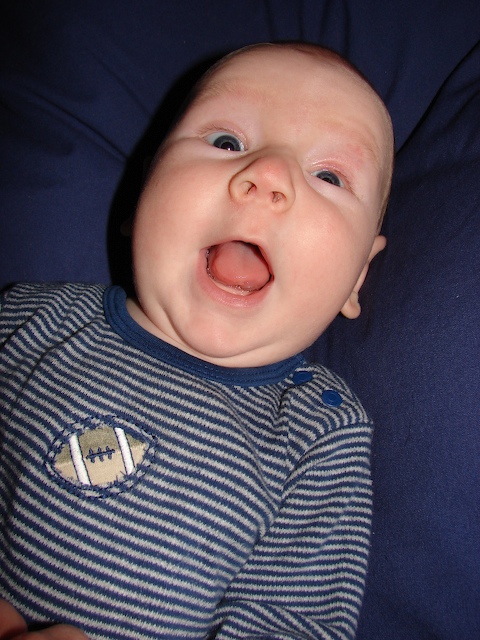 funny face from a funny Finn. 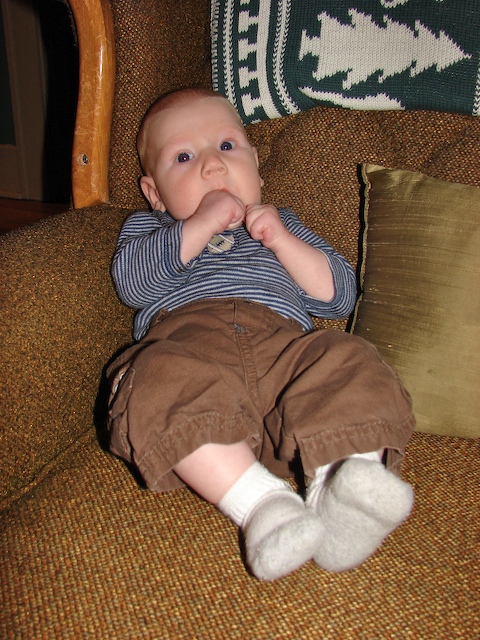 Finn cold chillin’ on the couch. 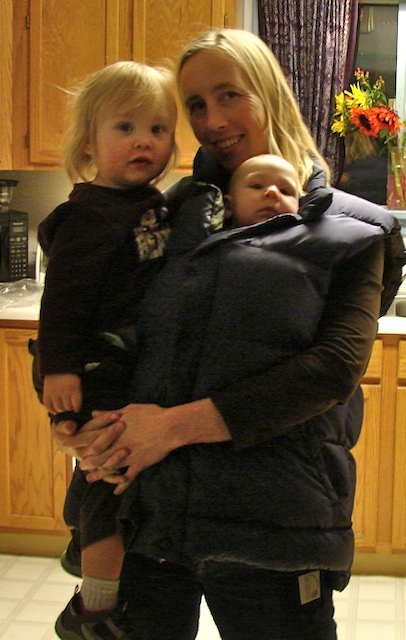